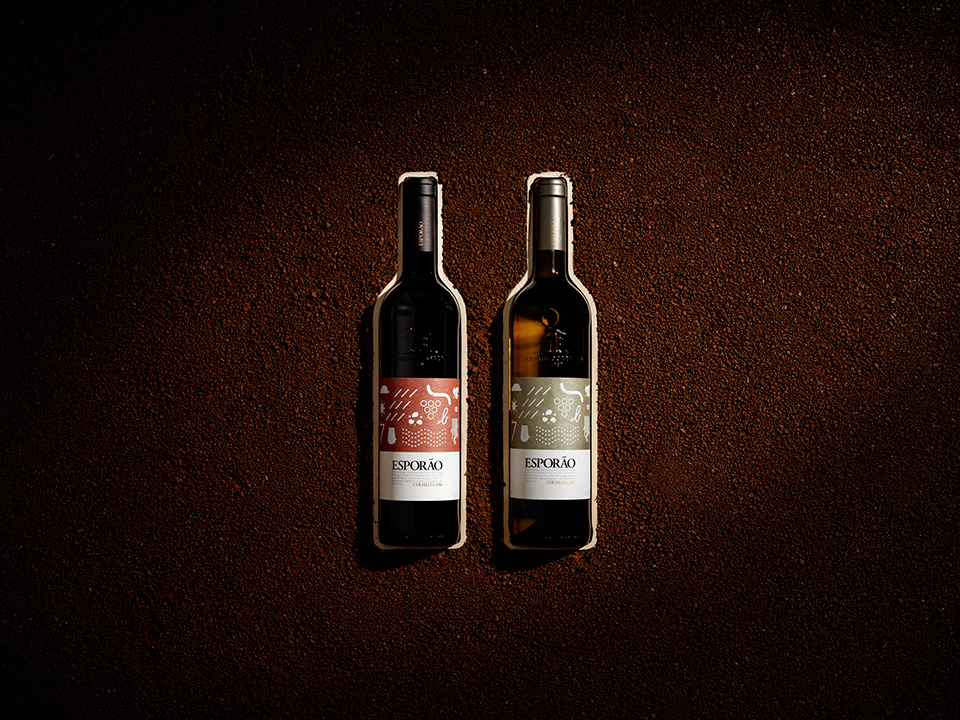 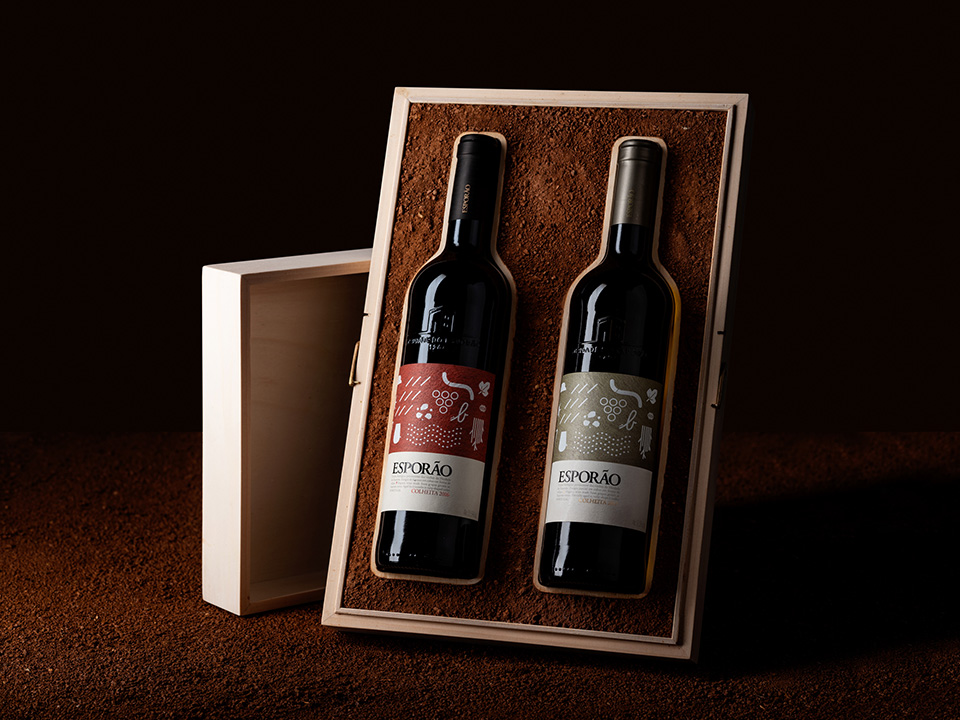 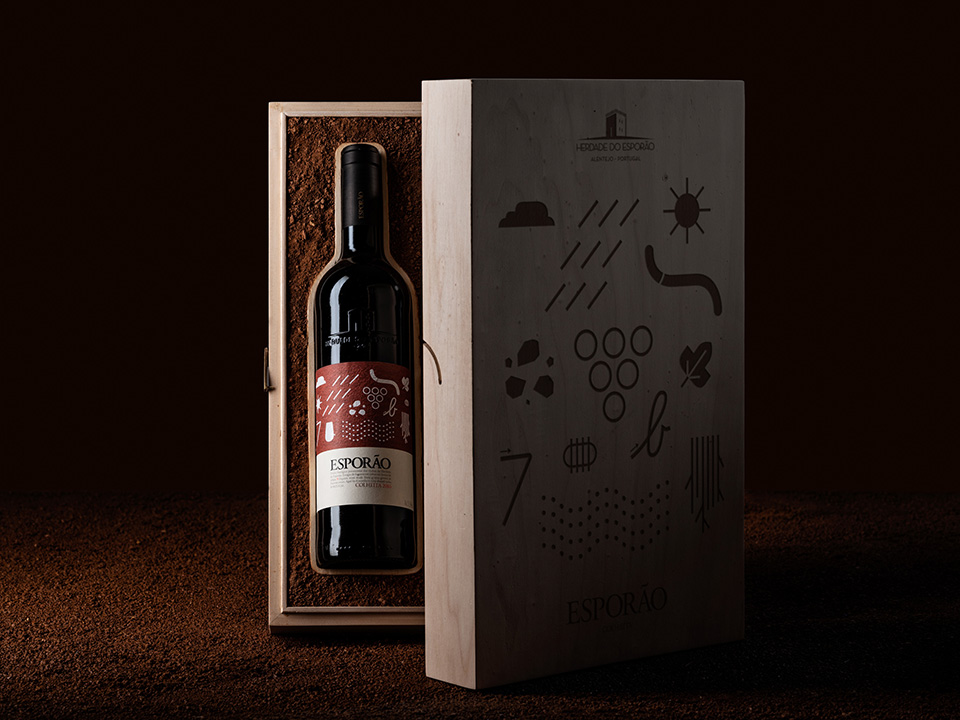 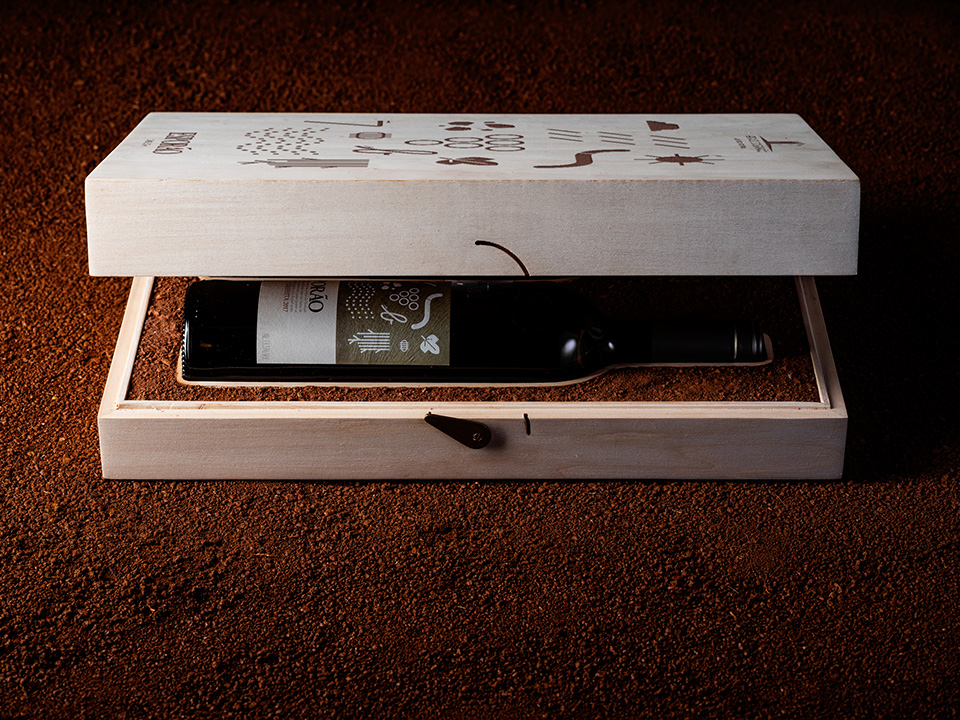 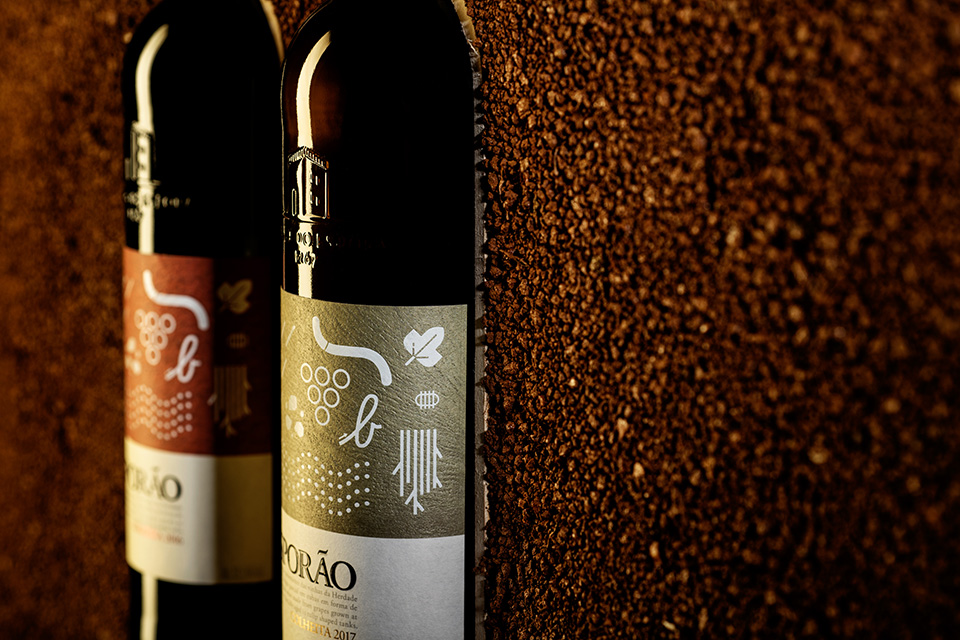 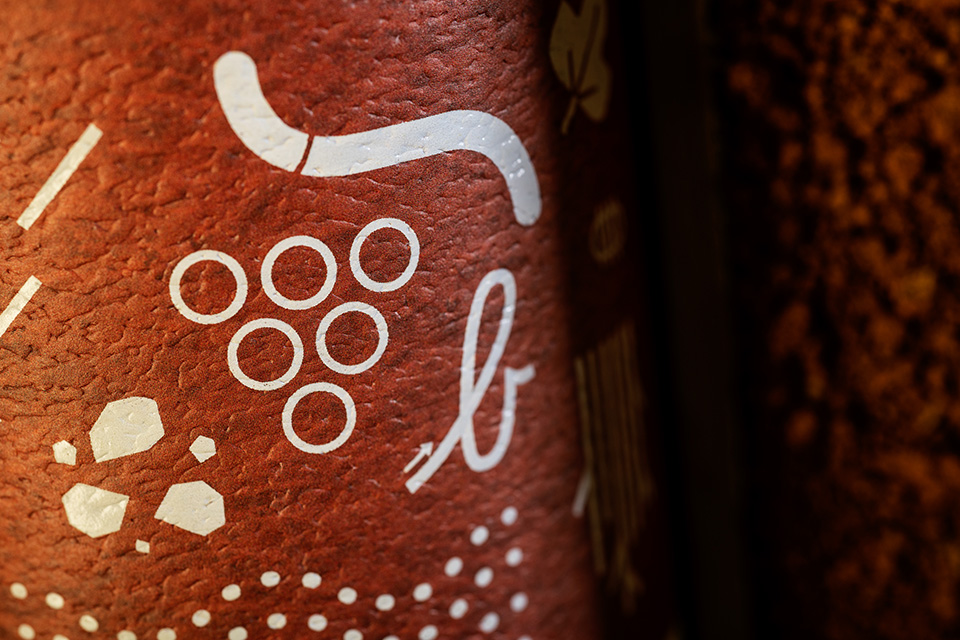 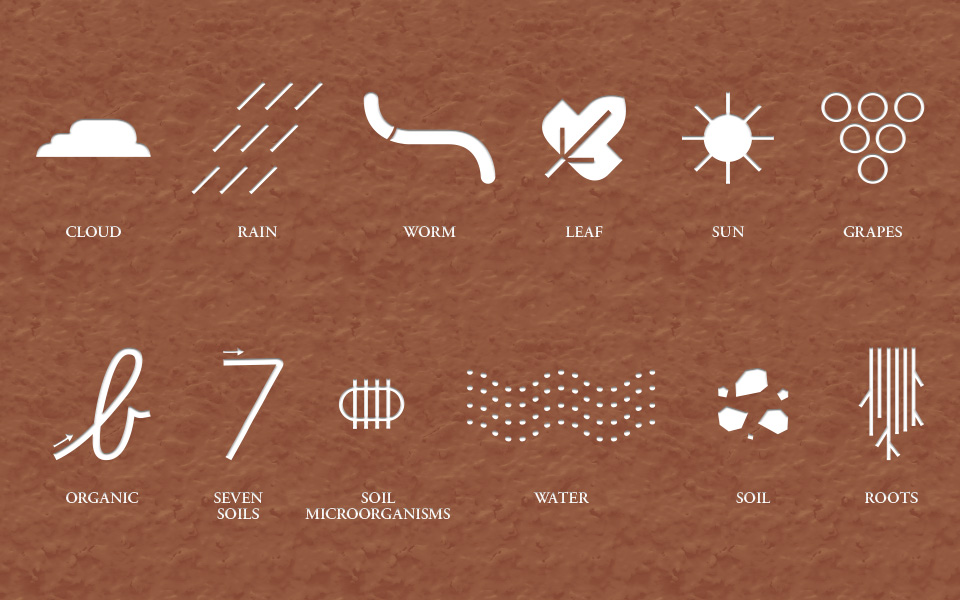 Esporão Colheita is produced solely from organically grown grapes at Herdade do Esporão, which conveys the typical features of the vintage, the diversity of the soils where the vines are planted and the character and identity of the grape varieties selected.
Grape varieties well adapted to the region’s climate have been planted in the Estate’s 7 different soil types. These soils host microorganisms that are essential to decomposing organic matter, which allow vine roots to better absorb fundamental nutrients, becoming an healthier vineyard. Organic farming also allows the propagation of auxiliary insects, such as lacewings, which are key to controlling certain pests.

The symbols in the label (cloud, rain, worm, vine leaf, sun, grapes, bio (organic), seven soils, soil microorganisms, water, soil, roots ) arise from a synthesis of all the natural elements involved in the process of crafting this wine. From environmental issues, to the terrain, the terroir, and even a representation of the tulip-shaped vats where the wine aged.
The main goal was to translate a concept: an organic wine explained using universal icons. Since this is the first wine of the brand with organic certification, the aim was to establish a niche of solutions that were a visual expression of the land and its elements.
The sun and cloud represent the weather conditions, the vine leaf and bunch of grapes represent the grape varieties, the waves, stones and roots stand for the soils, and the two bugs represent the life in these soils. There are also two characters: a “b” for biológico (the Portuguese term for ‘organic’) and a “7” for seven soils, in other words, the seven types of soil at Herdade do Esporão. The icon of a cement tulip represents the wine’s ageing method.
The colours chosen arise from the wine’s expressive character and concept. Land for the red wine and the stone for the white wine. Above all, the colours derive from the intended materiality. The land should be warm, red, almost clay. The stone had to be mineral and cold. Aside from the colour, it was also important to use a relief that emphasises the expression of this materiality.

Therefore, this label strives to visually represent the environmental equation of the true expression of Herdade do Esporão and all its features, from the soil to the bottle.