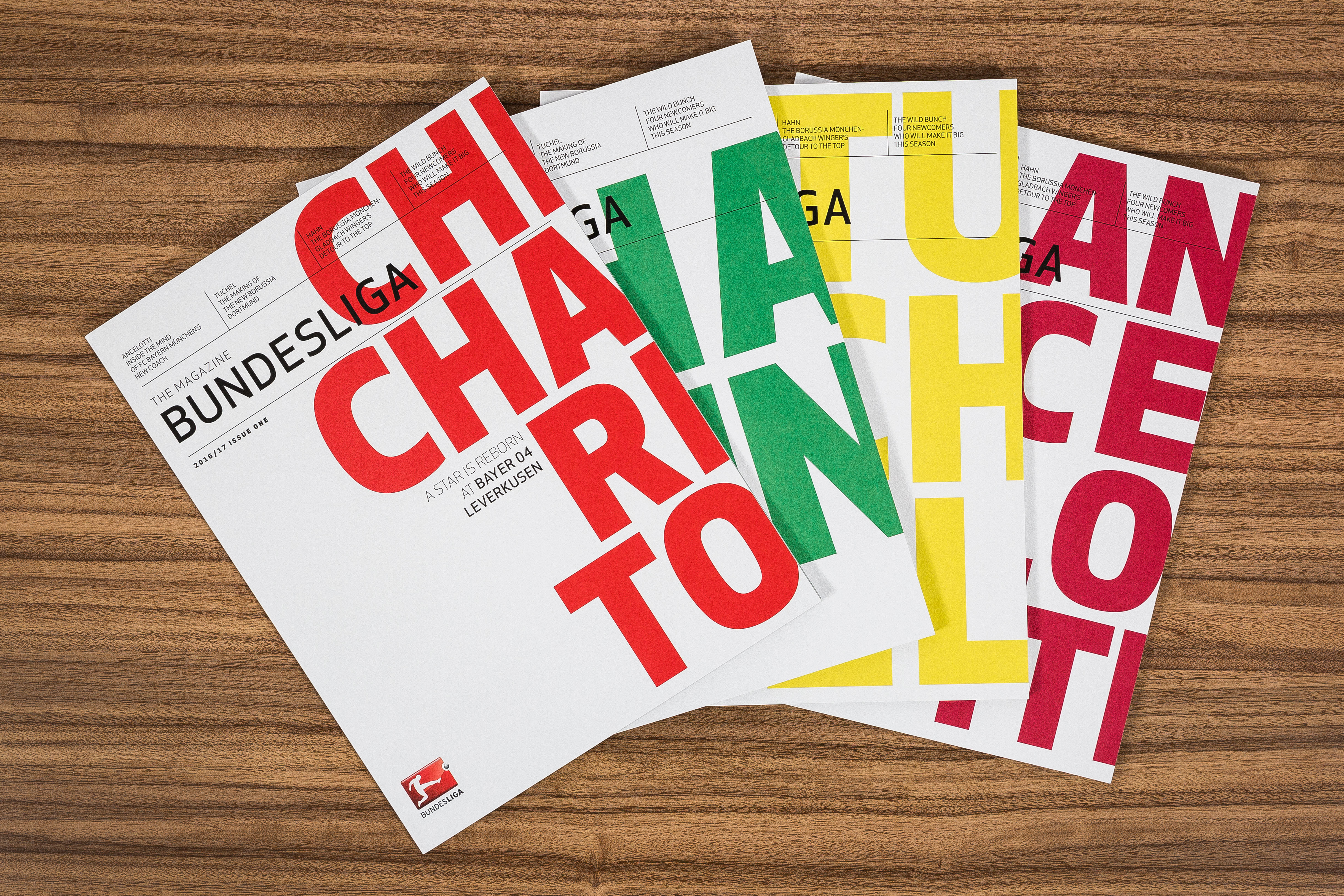 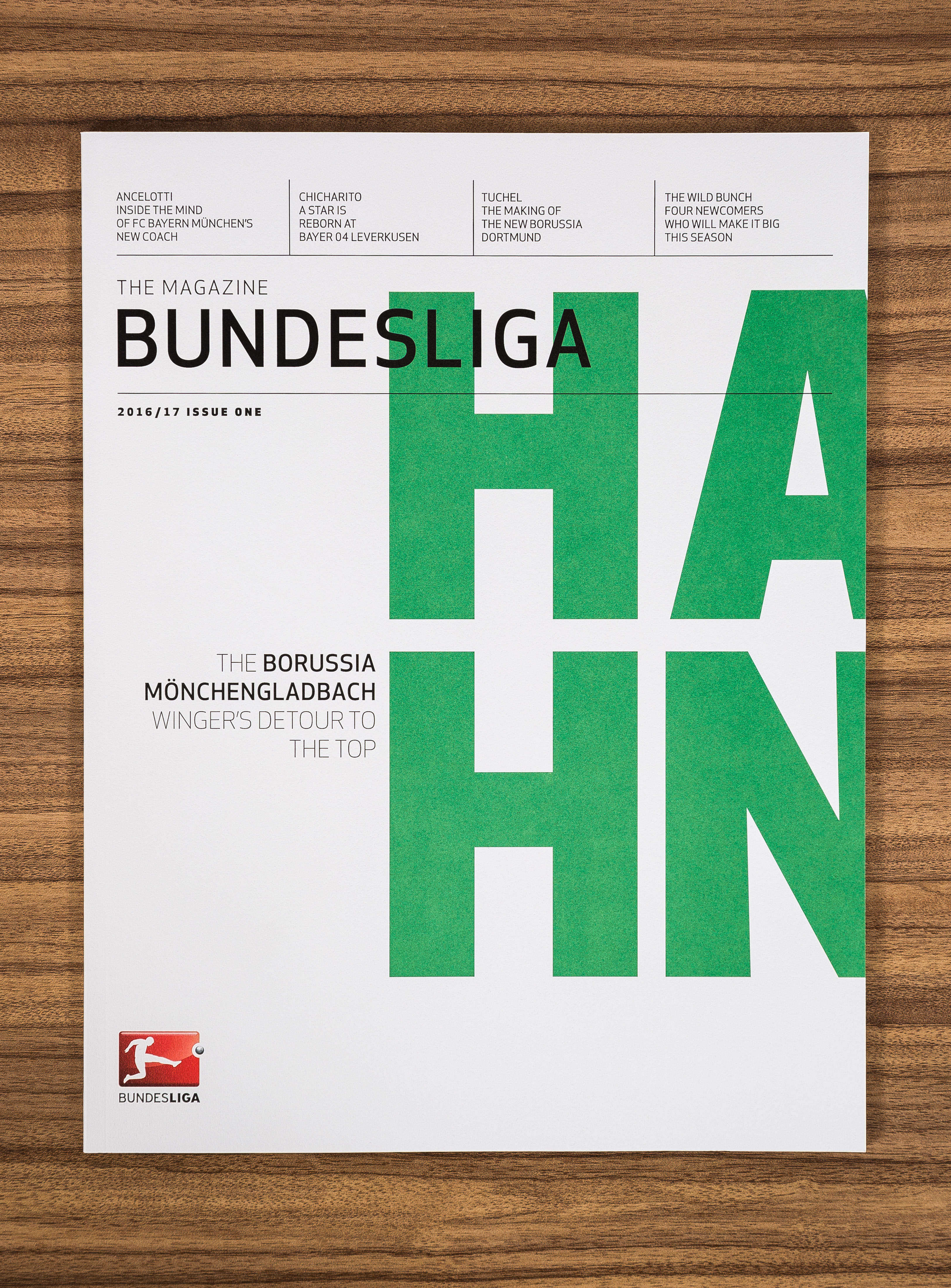 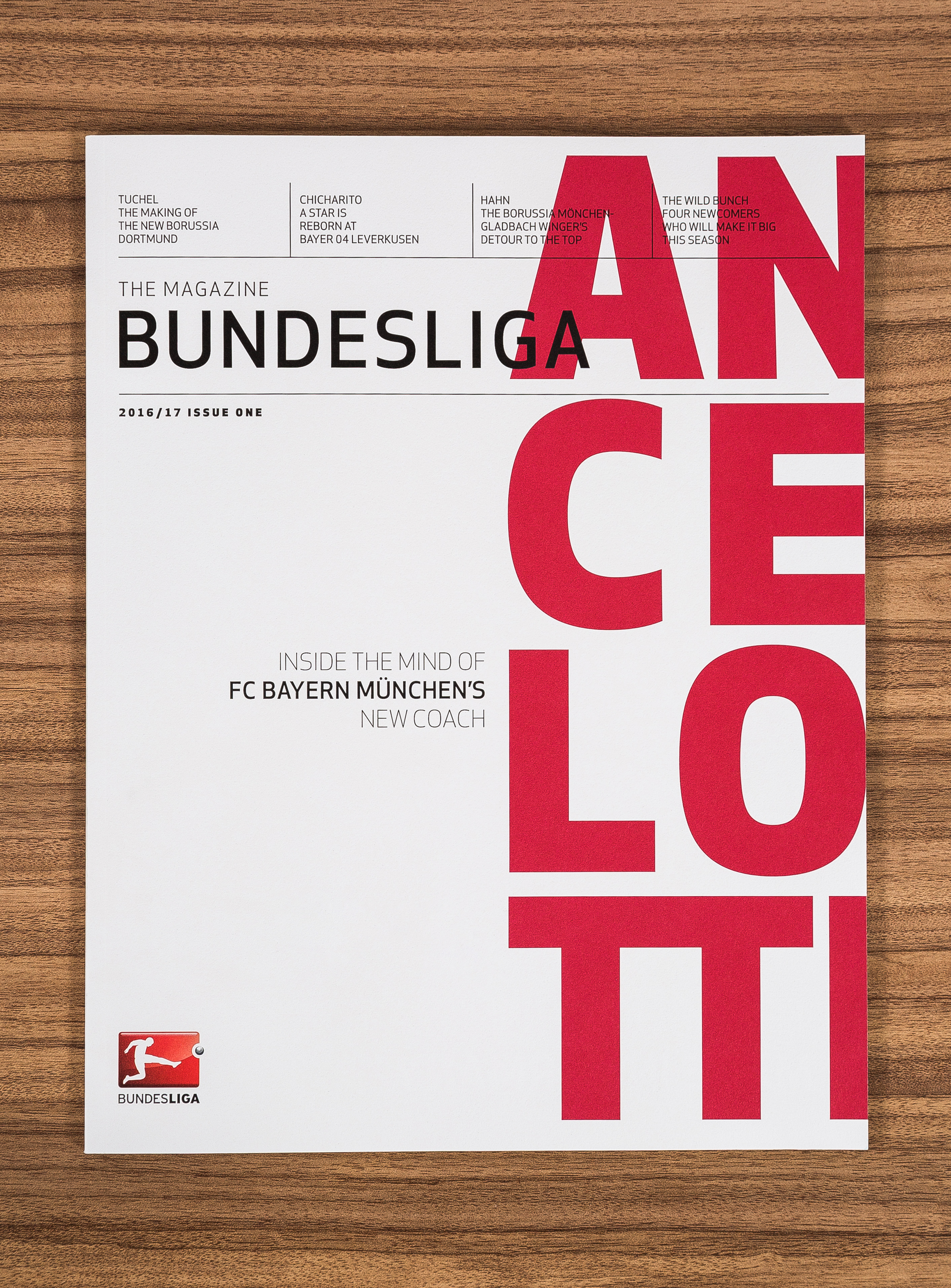 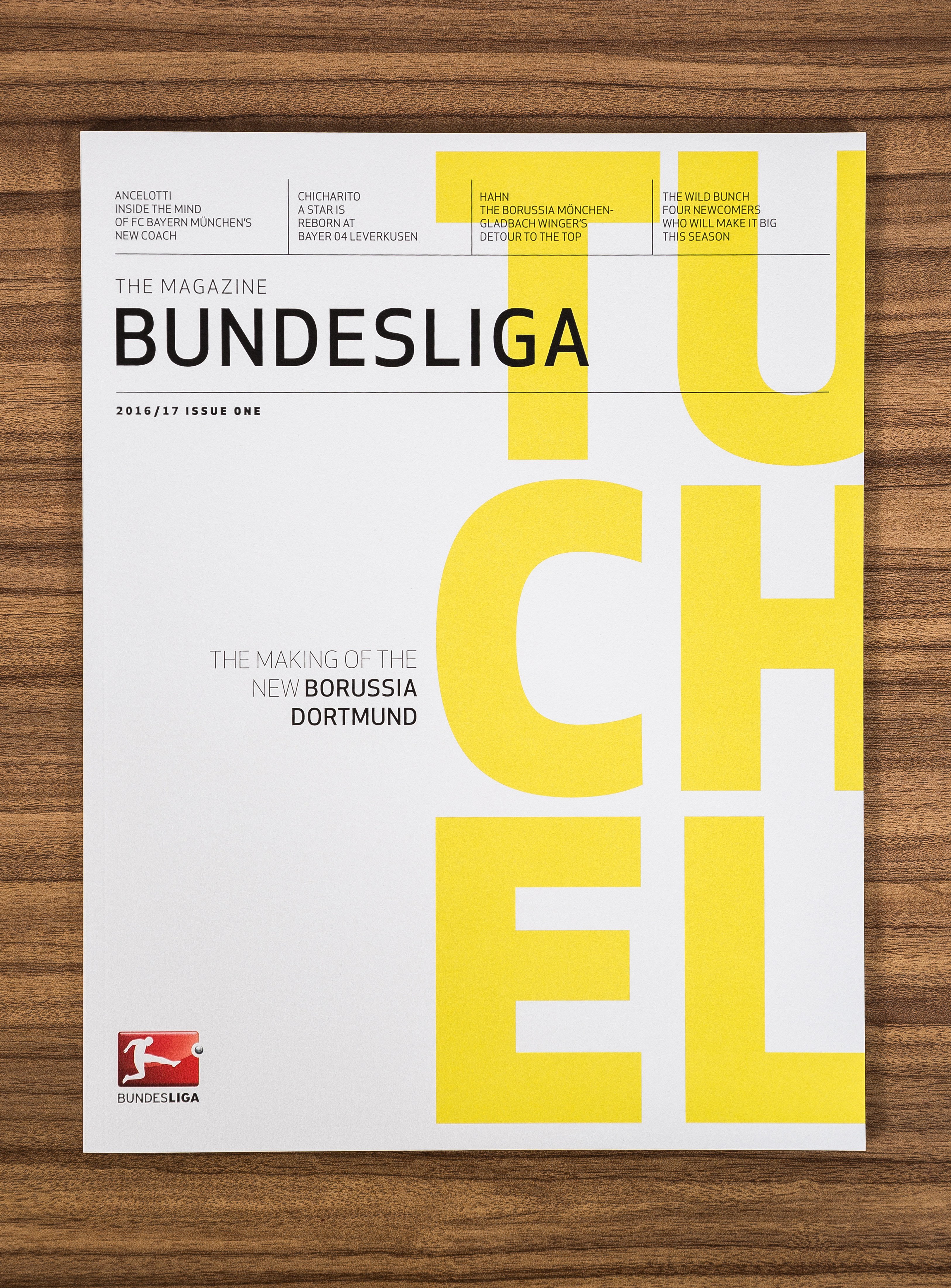 "The magazine is a communication tool that supports the Bundesliga and its clubs to cross national borders. The magazine provides exciting content and statistics about clubs, football business, fans and players. It’s distributed every six months to our stakeholders and journalists from around the globe.
During 2016 we did a full redesign of the publication, changing format, paper, size and turned it into a design object.
The idea behind the four covers system was simple: to represent the stories of the players by using his name and the club colours in a minimalistic and powerful way. Our concept was supported by the fact that in our market the names of the players are well known. We decided to be bold and produce full typographic covers because we believe sometimes typography can have more impact than an image, especially in a context where nobody expects it"