Terrorism is not a solution 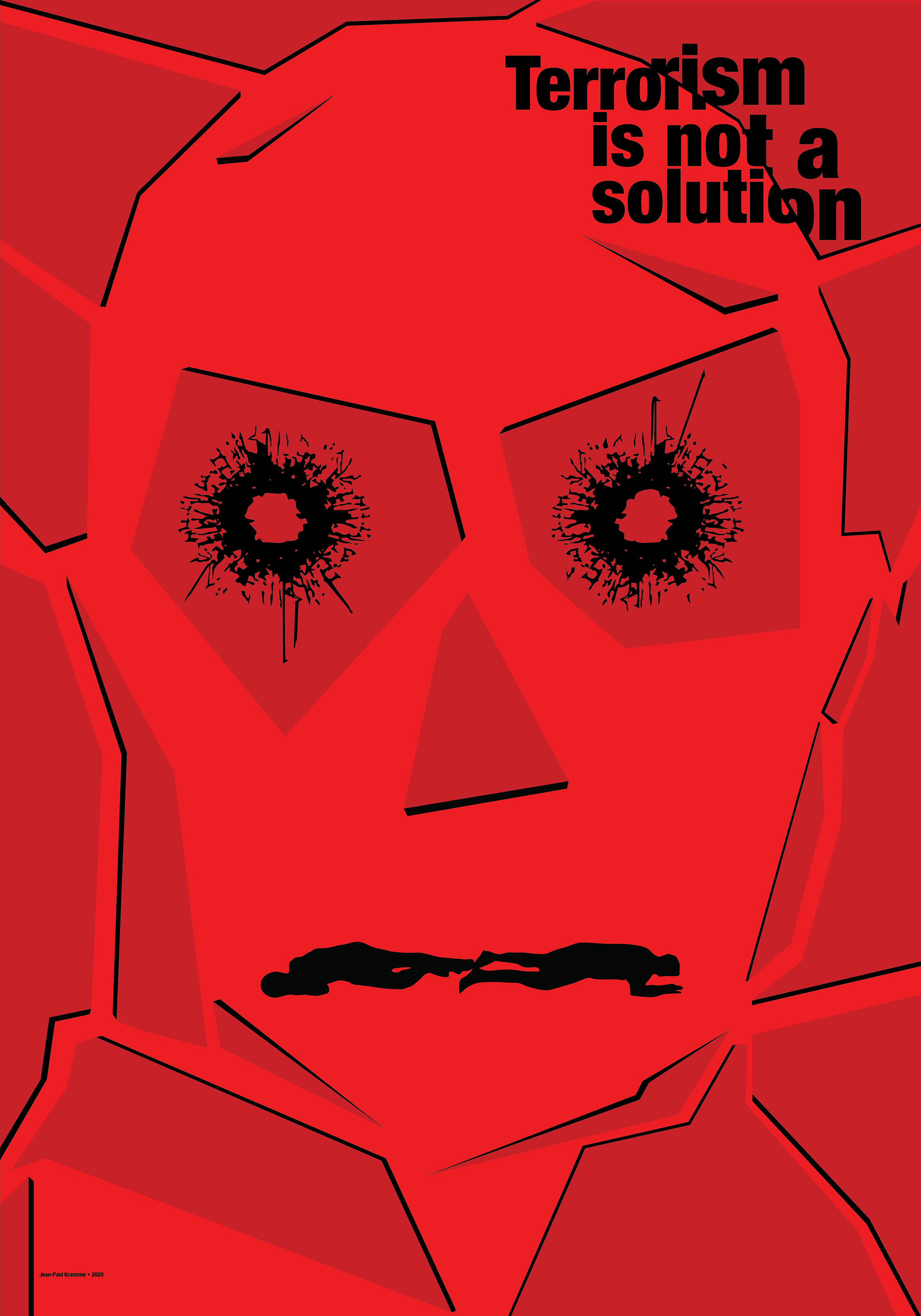 The idea was to show the bad face of Terrorism. I am against the use of intentional violence for political or religious purposes. It is used in this regard primarily to refer to violence during peacetime or in the context of war against non-combatants (mostly civilians and neutral military personnel). The key problem is that terrorism is difficult to distinguish from other forms of political violence and violent crime, such as state-based armed conflict, non-state conflict, one-sided violence, hate crime, and homicide. The lines between these different forms of violence are often blurry. Here, we take a look at standard criteria of what constitutes terrorism, as well as how it might be distinguished from other forms of violence.
Over the past decade, terrorists killed an average of 21,000 people worldwide each year. In 2017, terrorism was responsible for 0.05% of global deaths.

A human face is always a powerful image. This time I use one because ironically terrorist are people who do not show their faces. As you can see, the eyes are formed with the holes produced by the shot, the mouth are the death bodies and the rest of the face is made with the broken glasses after the shots. I tried to use the negative space in order t create something new.

I am very happy with the result.