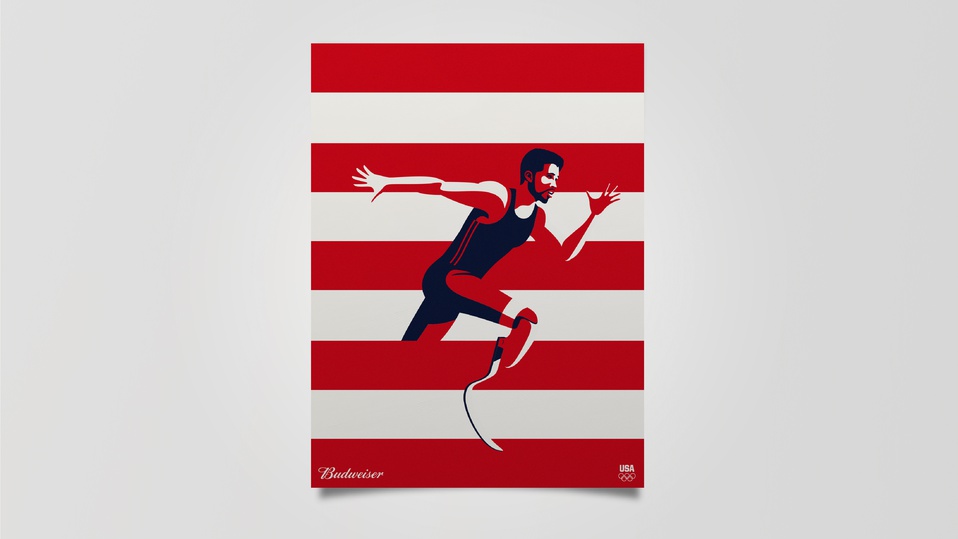 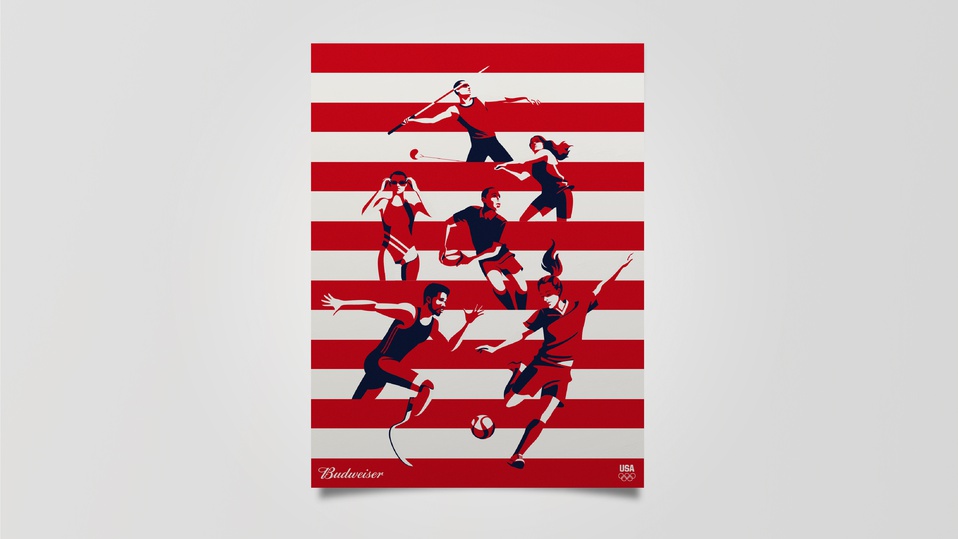 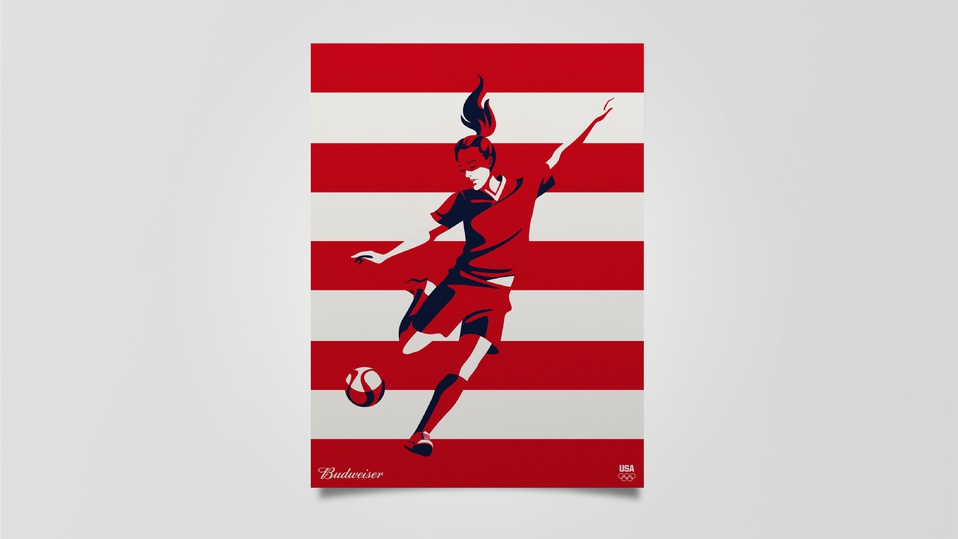 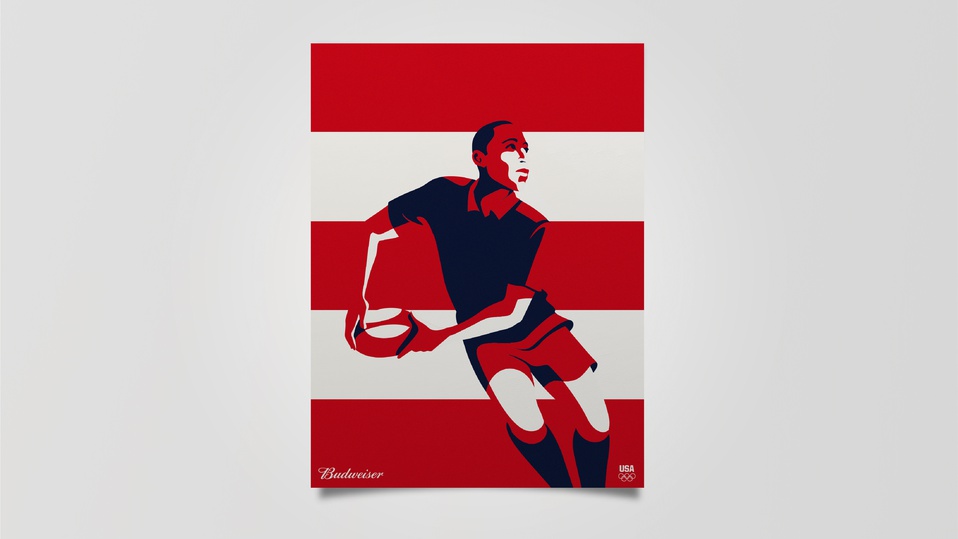 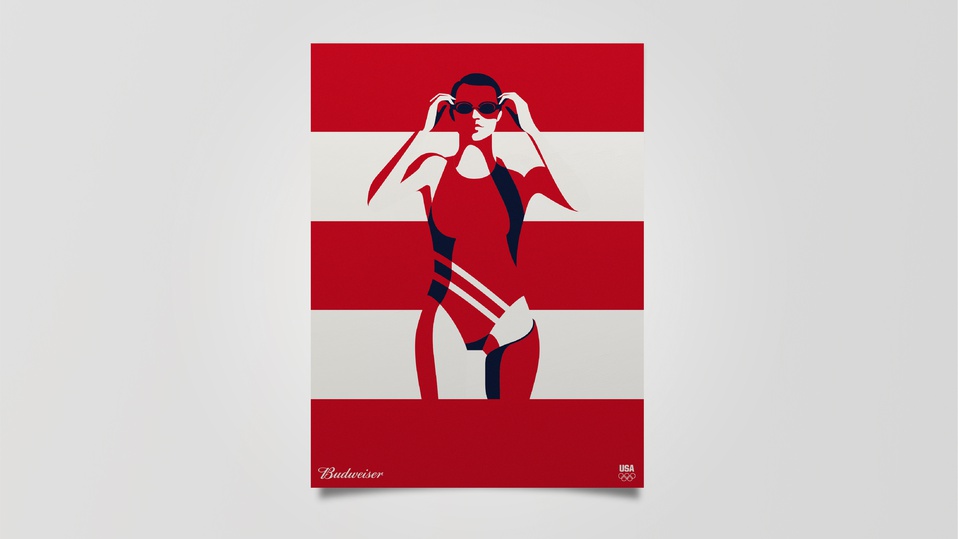 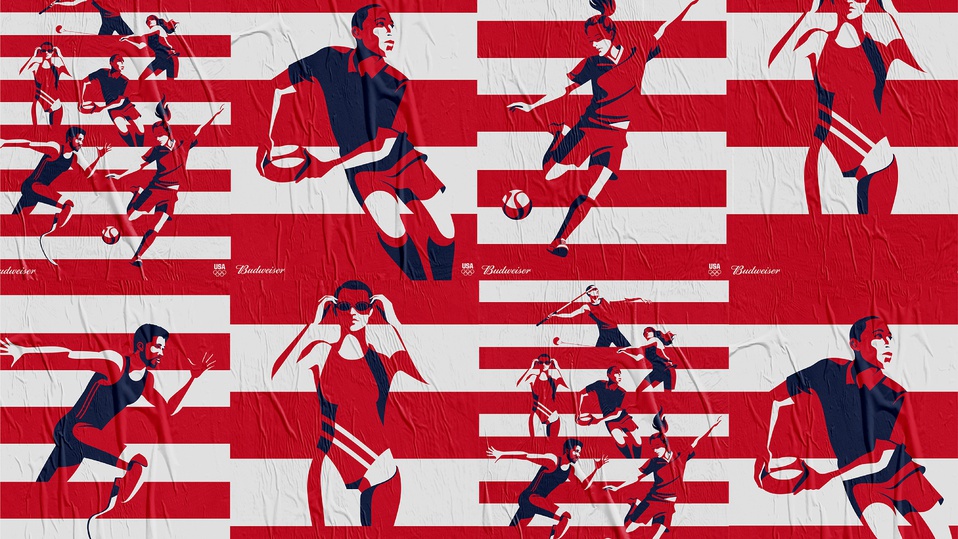 As the Rio Olympic games played out across American television sets, our nation watched as human achievement was re-defined, and Team U.S. A. won ours hearts and minds.

Budweiser wanted to celebrate the dedication and resiliency by supporting athletes from the Olympic and Paralympic U.S.A Teams. We commissioned famed French illustrator, Malika Favre, to create a mural of Olympic proportions.

Budweiser affirmed its place as the iconic American brand by creating a hand-painted mural in the heart of New York City.

We worked with Malika Favre to create a piece of art bold enough to be unmistakably Budweiser and heroic enough to honor our athletes. The athletes were super-human as they stood several stories tall, looking out over the city. Each athlete is dressed and posed as if ready to take on the opposition, a testament to their strength, endurance and hard-working ethos. A poster series was created to commemorate the mural, so that the achievements of these athletes could still be celebrated, once the mural had disappeared from the New York City skyline.

From May to August 2016, the colossal athletes stood watch over Manhattan. The mural was visible for more than 1/2 mile and is one of the largest wallscapes in the world, soaring 225 feet into the air. It garnered more than 9 million impressions. The limited run poster series were much sought after, by those who had seen and loved the mural.