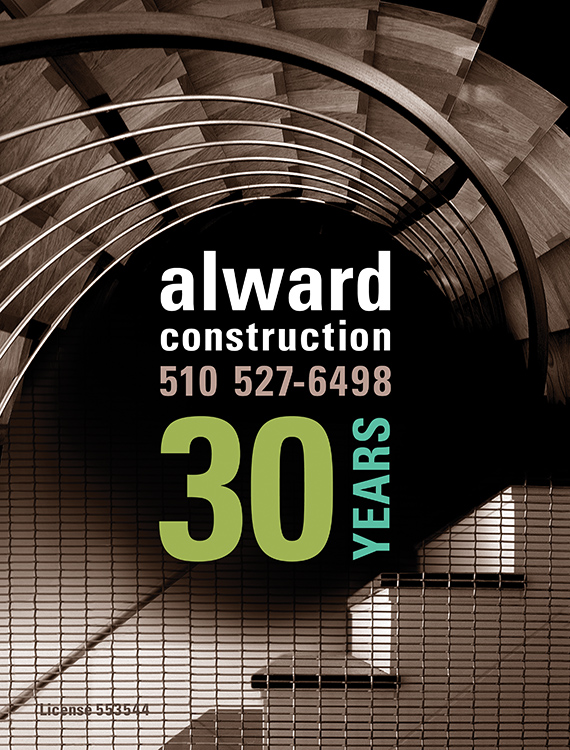 Craig-Teerlink Design was commissioned to create a poster celebrating the 30th anniversary of Alward Construction, a residential green building company practicing in the San Francisco Bay Area, known for its sophisticated problem-solving and craftsmanship. A 30th Anniversary typographic signature is framed by the suggestion of a golden spiral formed by two contrasting staircases built by Alward, representing the diversity of architecture they serve, from Craftsman to Frank Lloyd Wright to the sustainable buildings of today. The stair steps symbolize the growth of the company and allude to the tour of Alward-built homes that resulted when homeowners hosted one of these posters. The posters were placed in residential neighborhoods in front of homes that Alward remodeled, thereby marking a tour of their work and demonstrating an impressive number of local clientele. Being sensitive to the hosting homeowner and the ecological mission of Alward Construction, Craig-Teerlink used organic browns and greens complementary to the dominant architectural tones of these neighborhoods and consistent with the Alward brand.