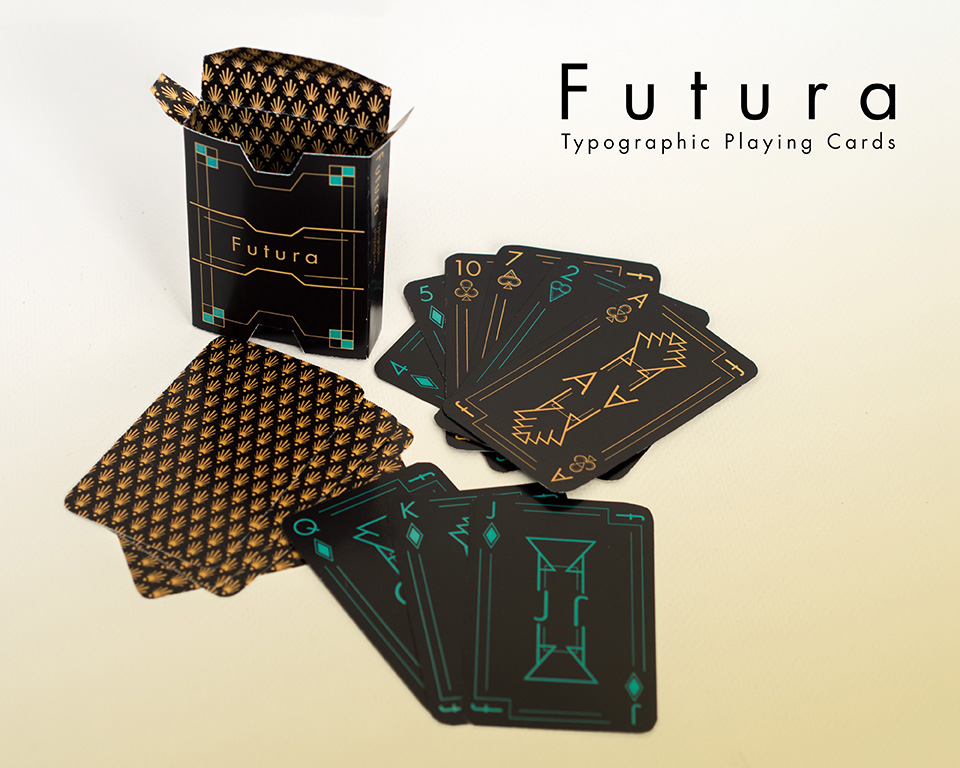 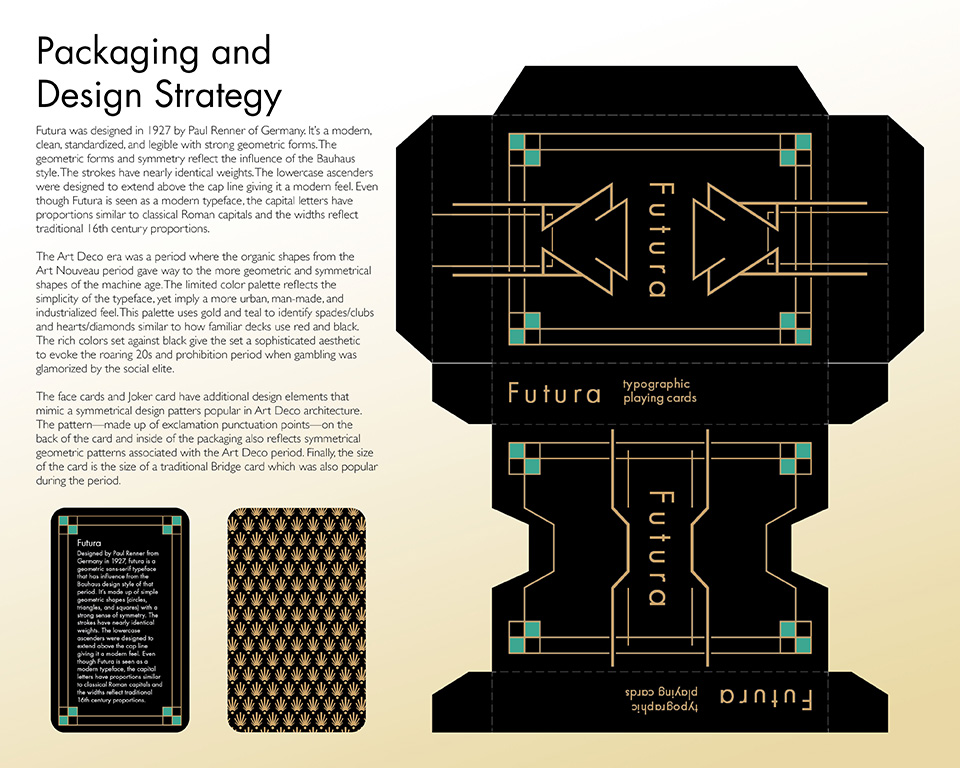 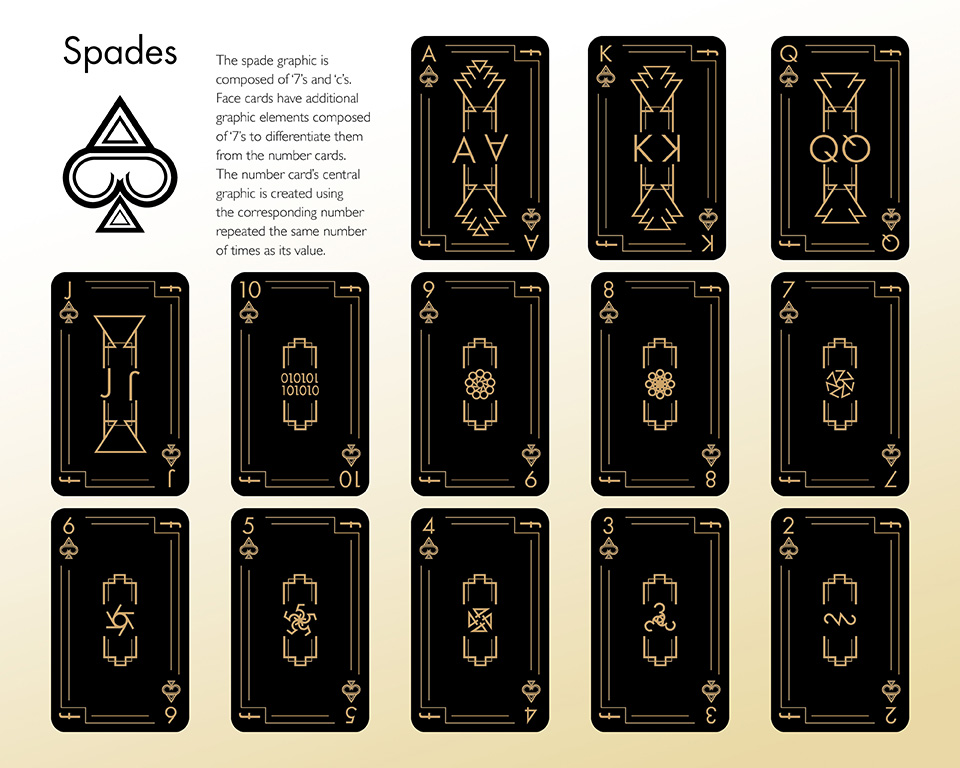 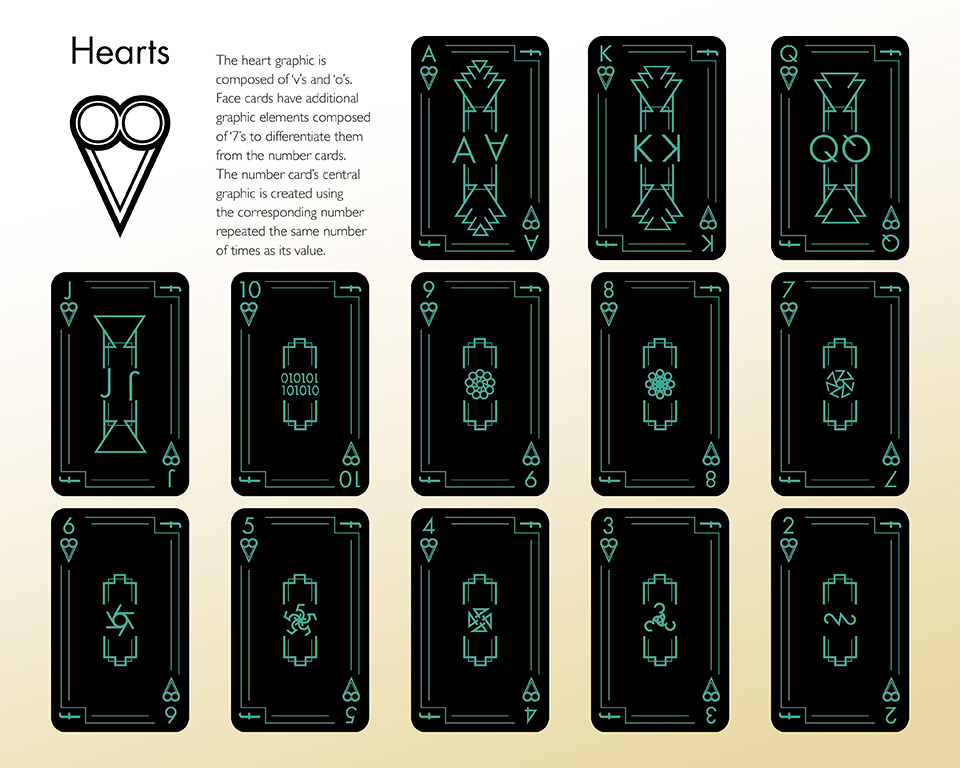 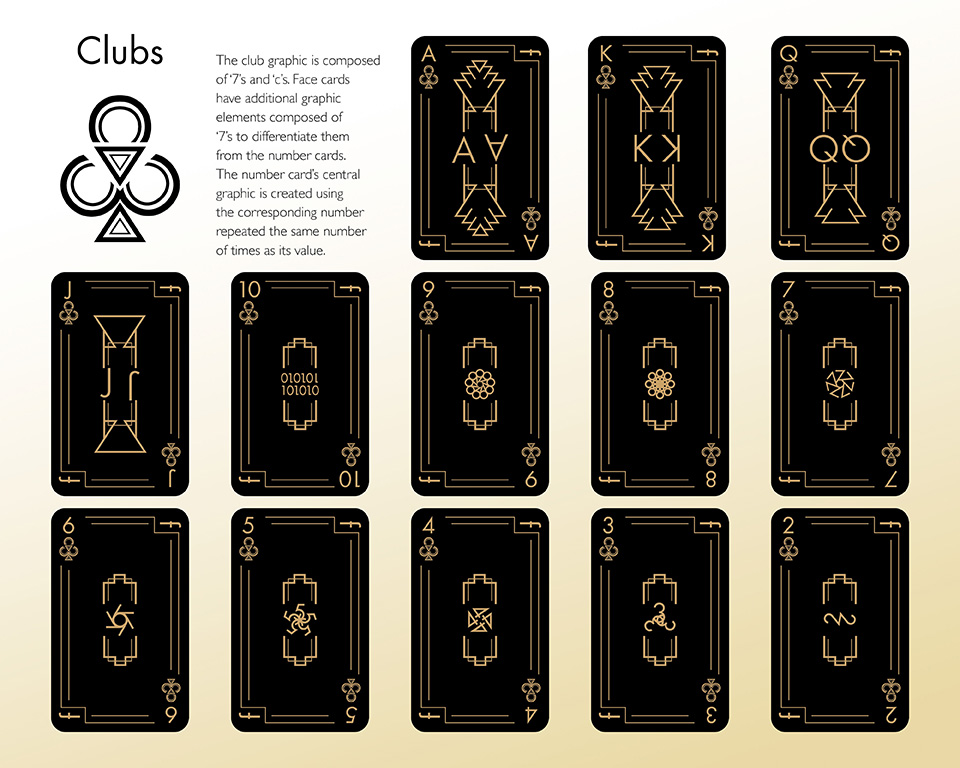 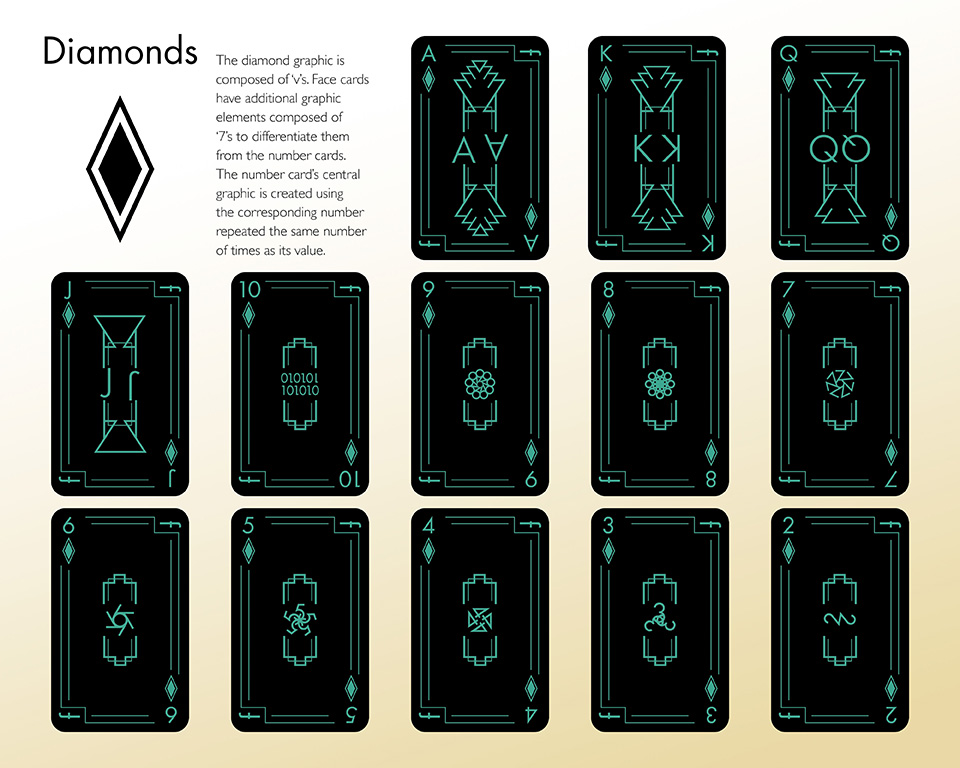 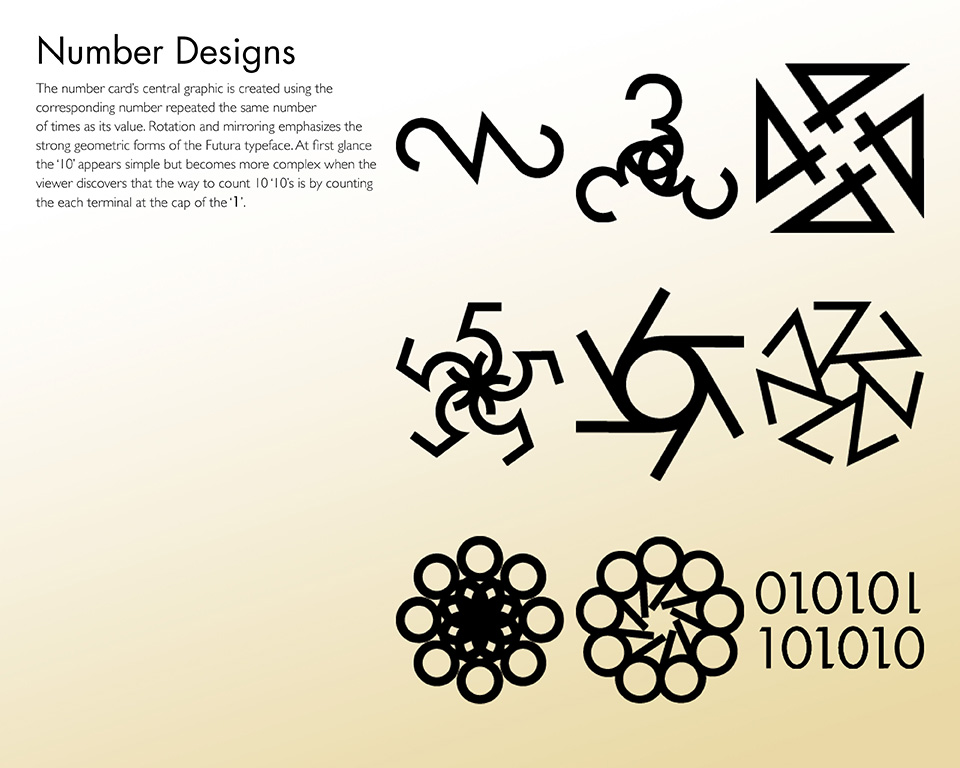 Create a set of typographic playing cards based on a typeface assigned by your instructor. Select a theme, motif, or approach to create an attractive design made only of type. Use only shapes that are typographic. However, deconstructing the type to create striking compositions is allowed. The main challenge is to create a visual system that provides consistency throughout the entire set of cards while integrating diverse elements.

Futura was designed in 1927 by Paul Renner of Germany. It’s a modern, clean, standardized, and legible with strong geometric forms. The geometric forms and symmetry reflect the influence of the Bauhaus style. The strokes have nearly identical weights. The lowercase ascenders were designed to extend above the cap line giving it a modern feel. Even though Futura is seen as a modern typeface, the capital letters have proportions similar to classical Roman capitals and the widths reflect traditional 16th century proportions.

The Art Deco era was a period where the organic shapes from the Art Nouveau period gave way to the more geometric and symmetrical shapes of the machine age. The limited color palette reflects the simplicity of the typeface, yet imply a more urban, man-made, and industrialized feel. This palette uses gold and teal to identify spades/clubs and hearts/diamonds similar to how familiar decks use red and black. The rich colors set against black give the set a sophisticated aesthetic to evoke the roaring 20s and prohibition period when gambling was glamorized by the social elite.

The face cards and Joker card have additional design elements that mimic a symmetrical design patters popular in Art Deco architecture. The pattern—made up of exclamation punctuation points—on the back of the card and inside of the packaging also reflects symmetrical geometric patterns associated with the Art Deco period. Finally, the size of the card is the size of a traditional Bridge card which was also popular during the period.