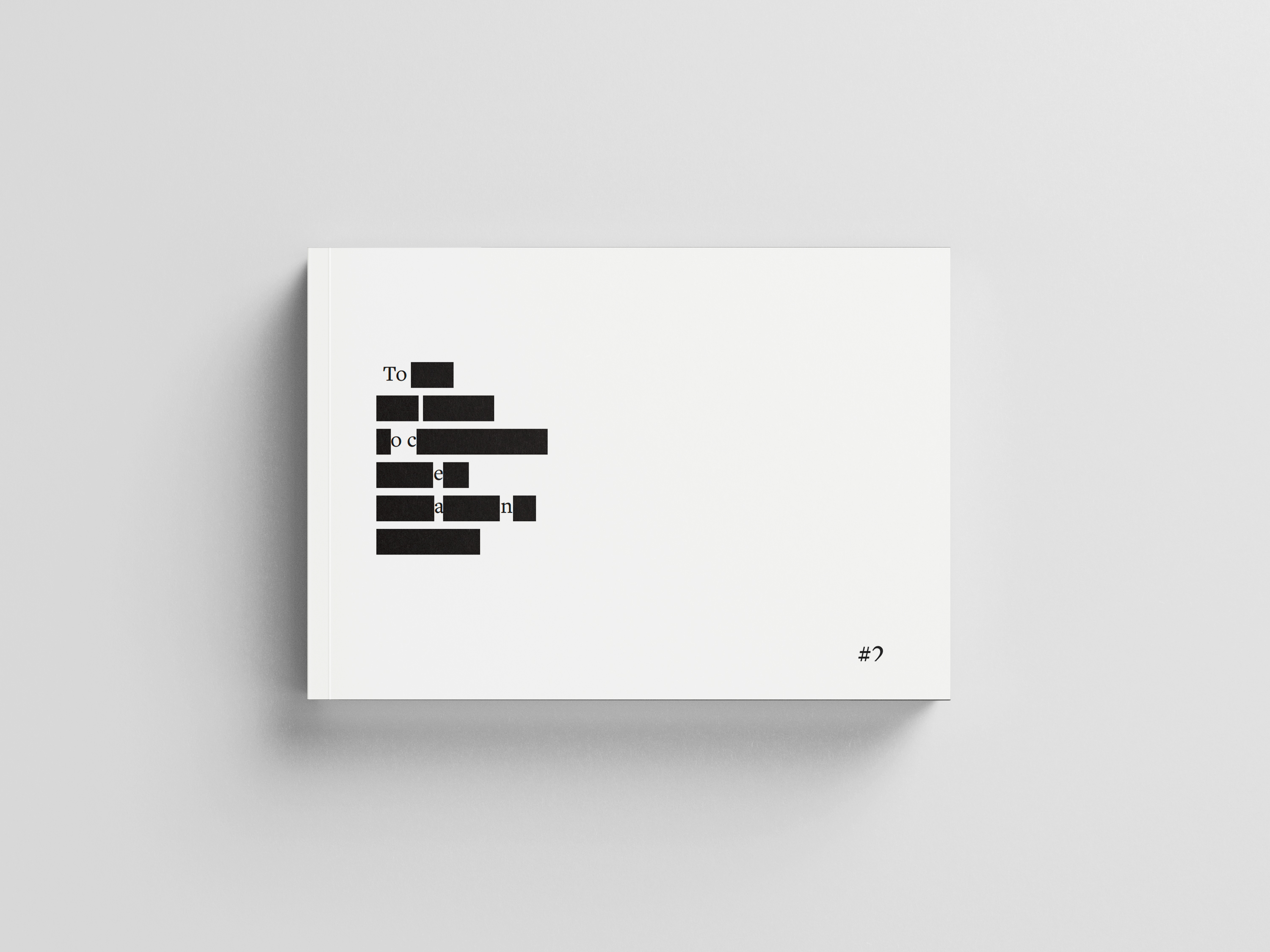 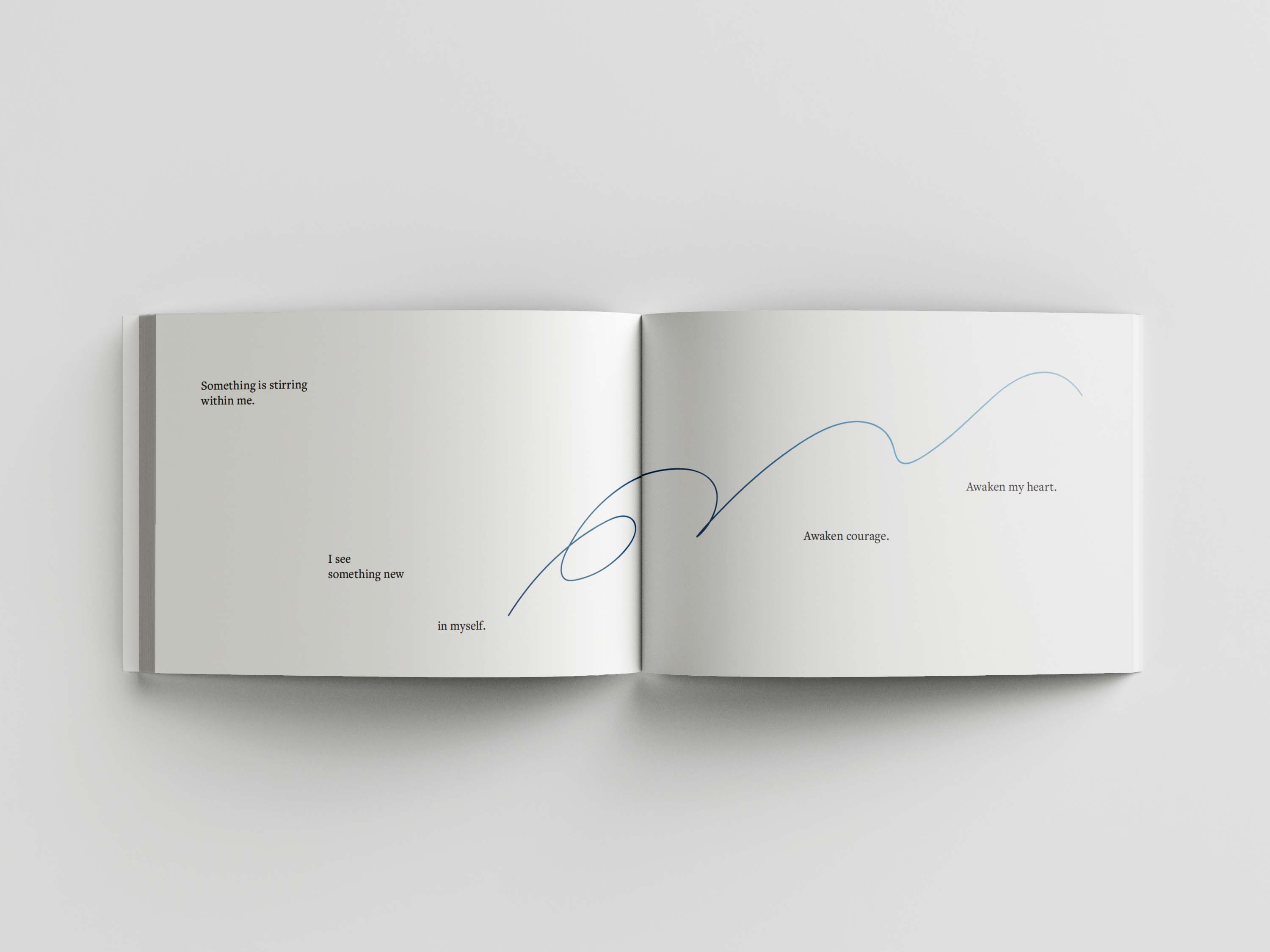 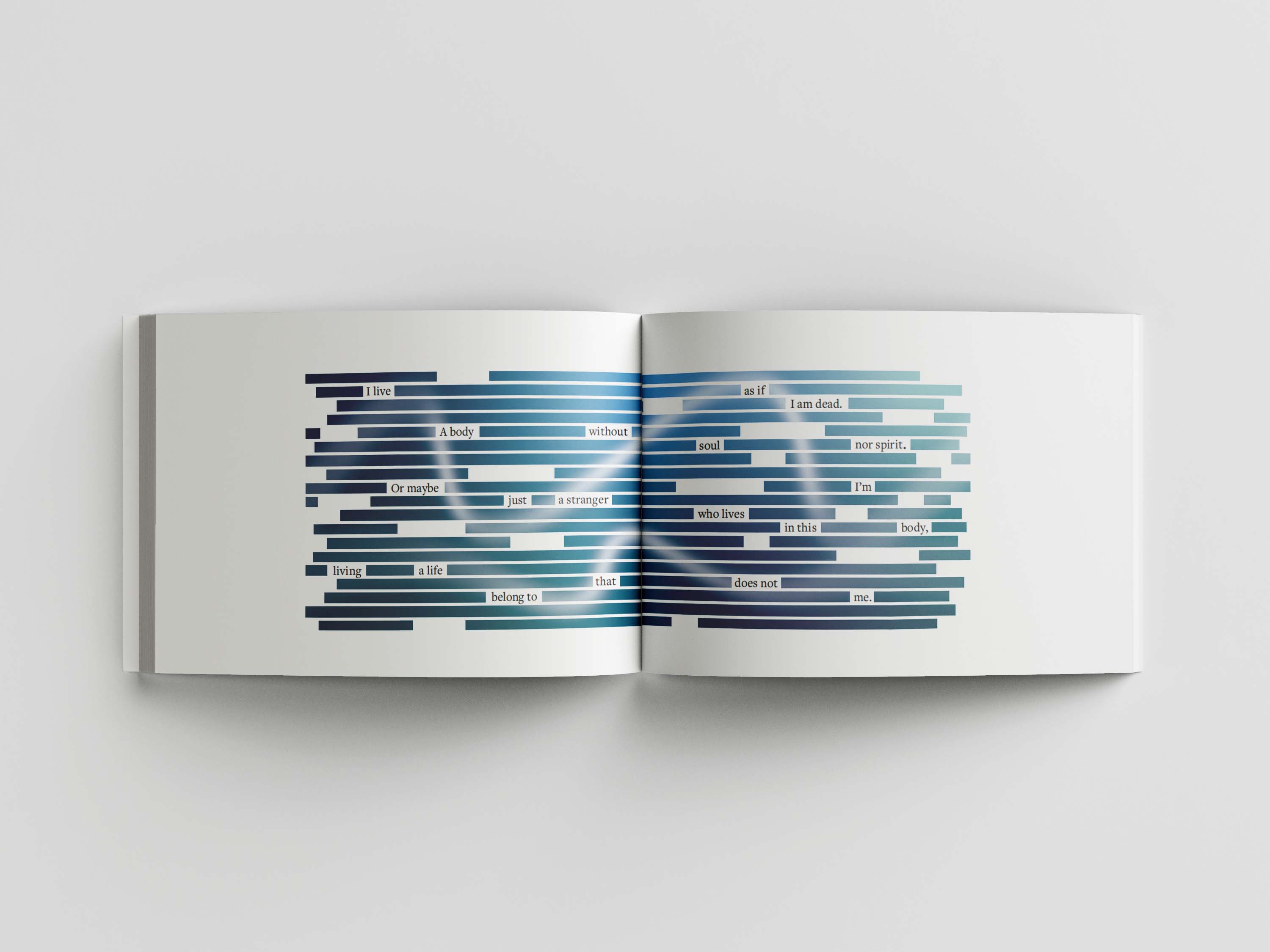 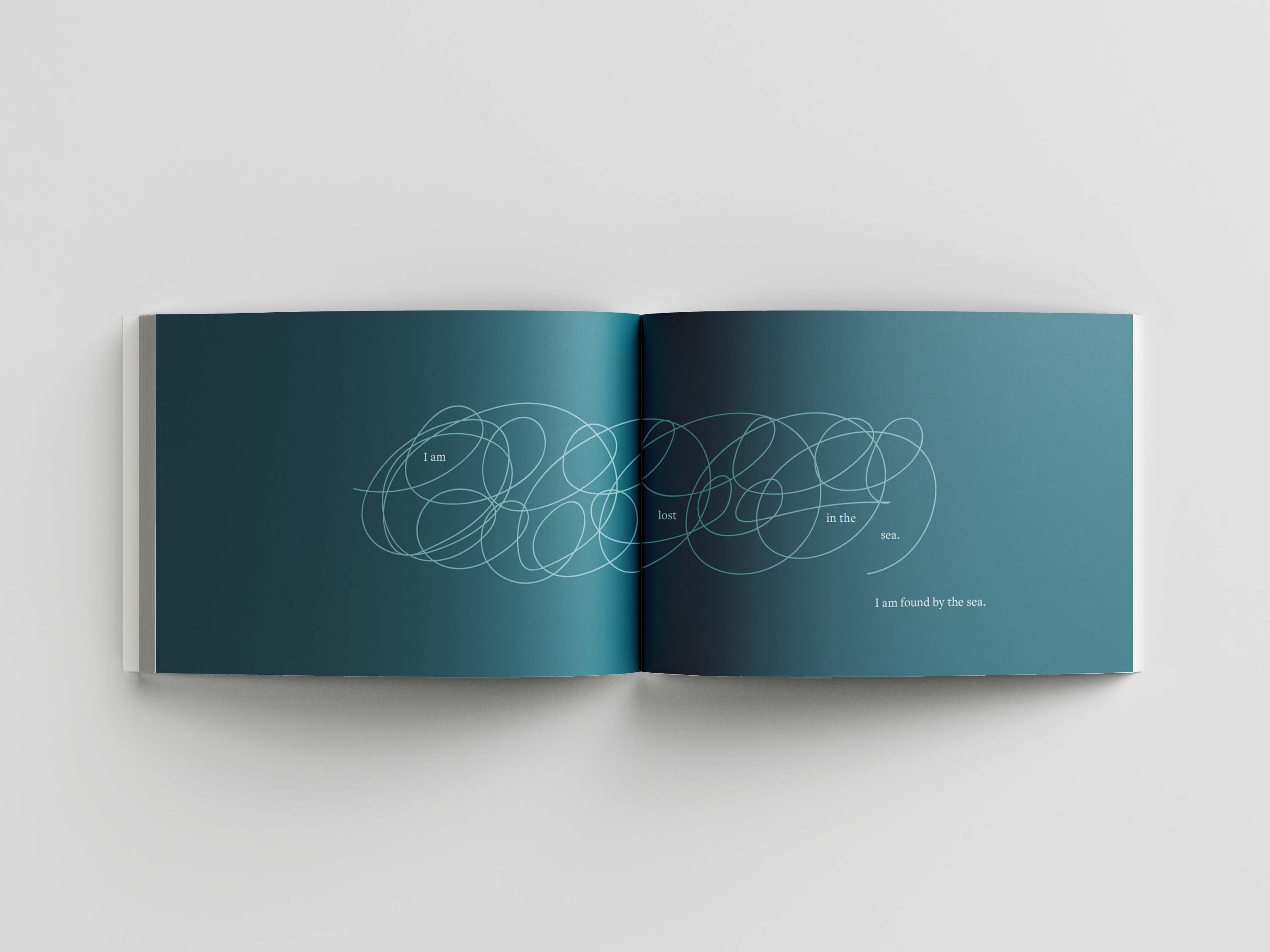 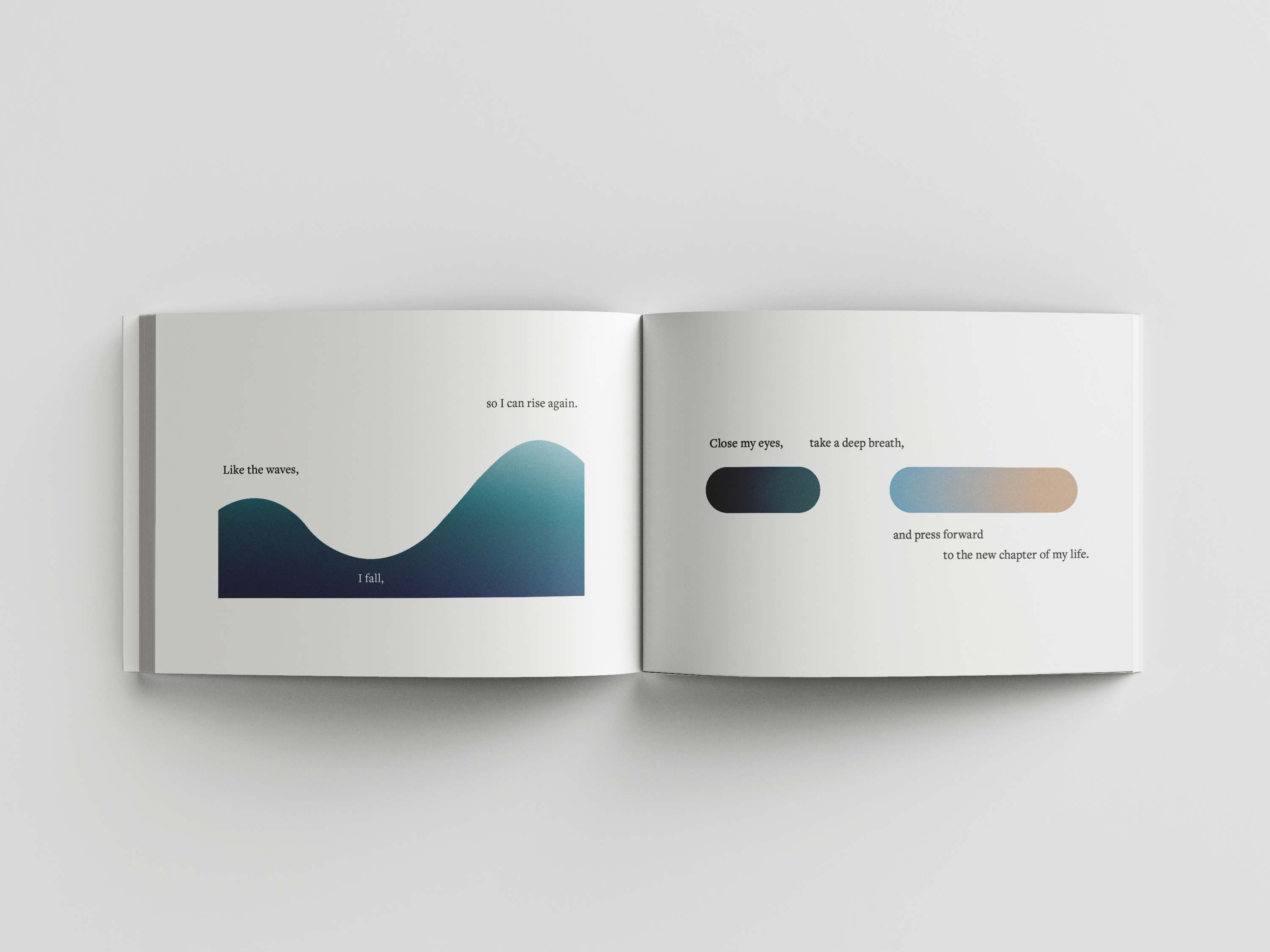 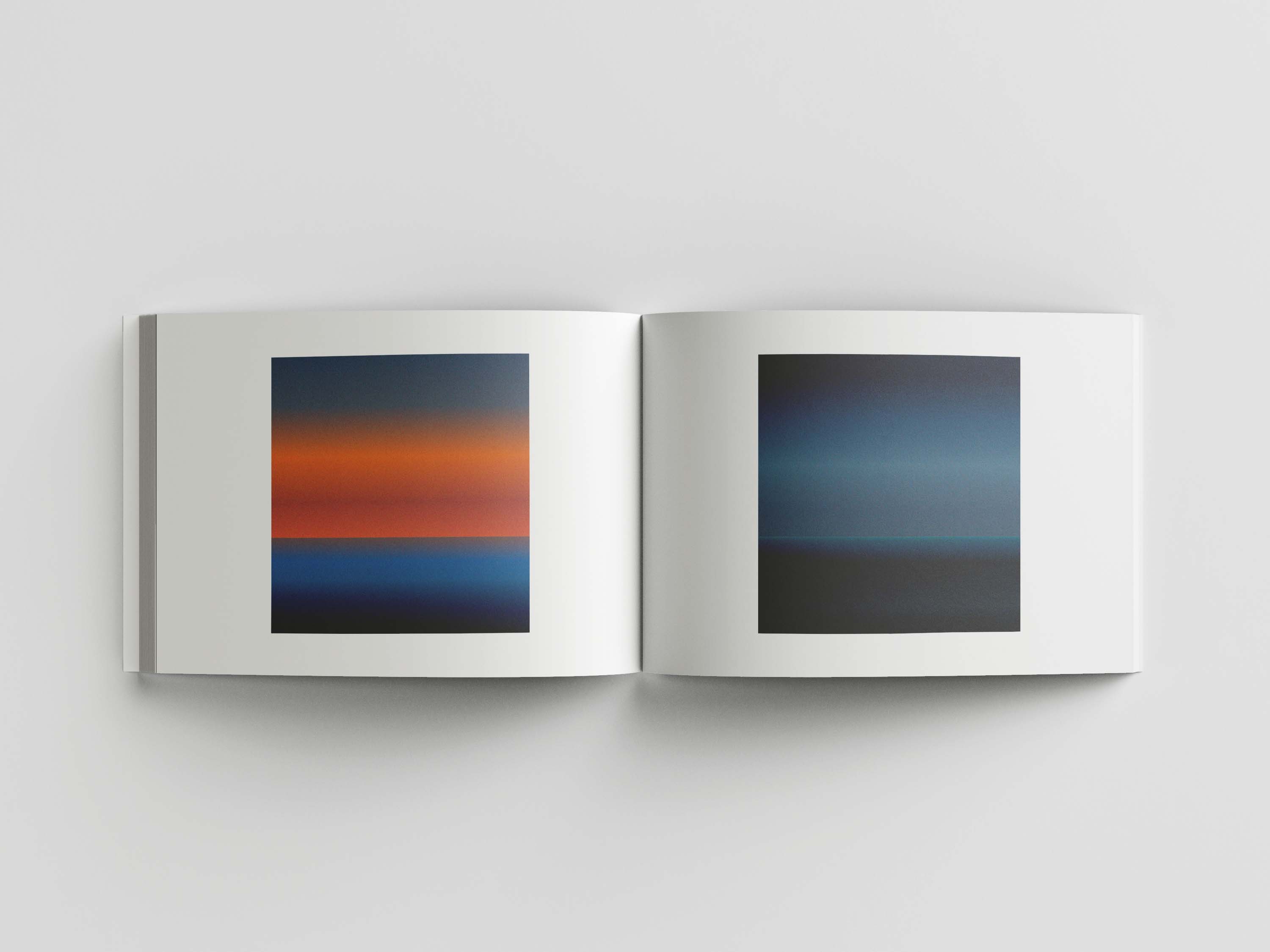 To Ocean is a series of poem that express my feeling about my life in October 2021. The whole project contains five zines and six postcards. In the beginning of each zine, there is a QR code which directs readers to a website. In the website, they can listen to a recording of me reading aloud the poem while reading the poem at the same time. They can also find the backgrounds and the stories behind the poems.

The zine you are looking at talks about my feeling changed from being lost to having hope in the future. I decided not to dwell in the past and try moving forward from grief. It conveys a subtle feeling of exploring the unknown future. It is comforting and hopeful.

I act as both author and designer in the project, which give me flexibility in the creating process. Visualising a poem is the most challenging part in this project. The abstract feeling is hard to capture. I decided to create a strong but minimal visual design, instead of making it concrete. I tried to use lines and shapes as the main visuals, then enrich them through applying gradient. This allows readers to use their imagination and for their feelings to fill in the space.

In some spreads, I took inspiration from the poems by Stéphane Mallarmé and experimented the composition of text and image. I broke up the text resulting in highlighting some words. It intends to let the poem speaks for itself by adding space to pause and creating a flow. With a few components, I tried to create a sense of sophistication that emerges from the visuals, something that feels subtle and nuanced, but also coherent.

In a small exhibition, the feedbacks from the audiences were positive. The minimal visuals work in communicating emotions of the poem, while the gradient is beautifully used. The negative space allows them to use their imagination and feel the poems. They enjoyed the reading experiences and felt comforting.