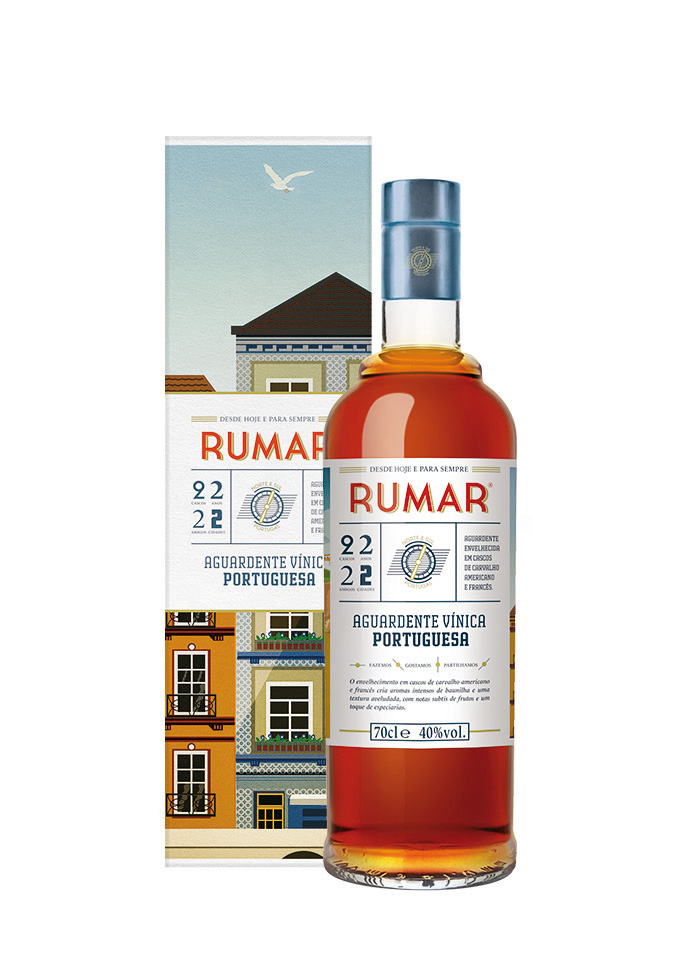 Specially thought for the best moments of conviviality, sharing and relaxation, Aguardente Rumar (brandy) is an irreverent drink that pictures very well the Portuguese tradition and spirit.

Omdesign, a 100% Portuguese advertising agency, was responsible for the creation of Rumar’s new image and opted to transpose to the labelling and to the new secondary packaging some colours and geometrical elements typical of Portugal.

The building’s façades, the tiles and the architecture characteristic of the North of Portugal, namely of Oporto, as well as the “Portuguese Riviera” – the Estoril Coast – are also portrayed in Rumar, whose name symbolizes the moment when the plans for the future are made.

Rumar’s identity is inspired by the propeller of an aircraft, a true journey around an adventure and a drink that mirrors what we do, like and share, always amongst friends.

Omdesign resorted to finishes as varnishes, stamping and high reliefs to guarantee a differentiating touch to this new Portuguese wine brandy that invites to toast to friendship.