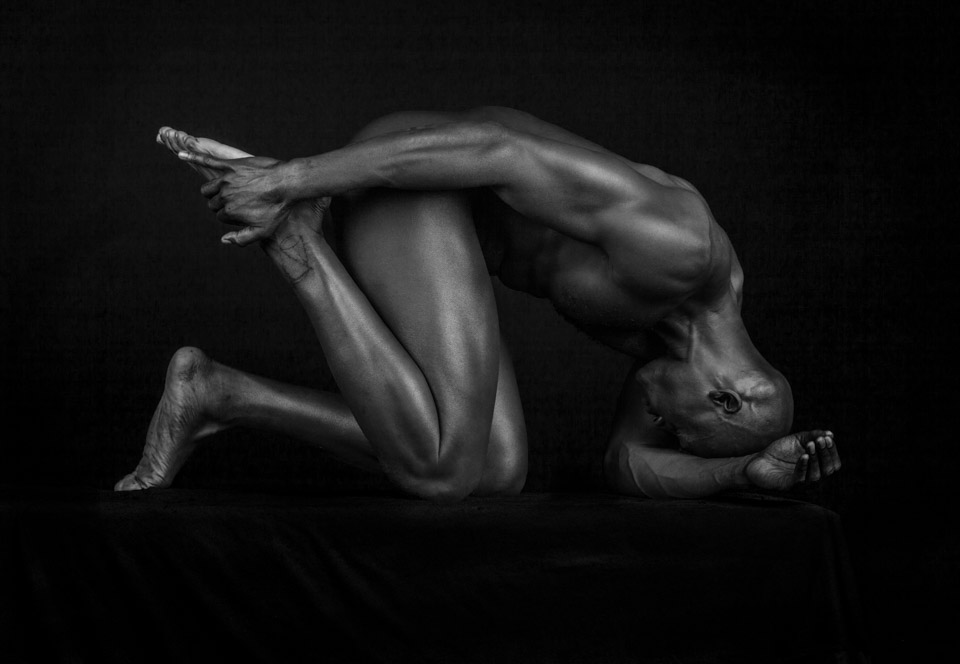 This is a self-assignment where my plan was to photograph a former military soldier from Afghanistan in his military attire. During his wardrobe changes, it became apparent that he was very muscular and lithe. I asked if the shoot could turn direction. We began a figure study. The previous formal military model now showed an incredible presence in front of the camera, with classical figure posing and serene expressivity. It was a transformative expereince.