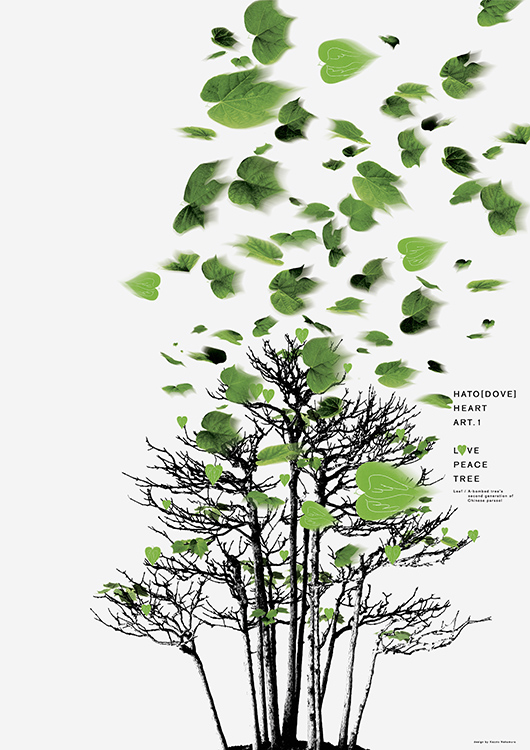 It is the peaceful appeal poster which it made on the occasion of Hiroshima peace memorial day of August 6. The visual image expressed the leaf in shape of the heart in a motif in a Chinese parasol called Aogiri in Japanese, which of the first authorized as a being bombed tree. Hiroshima said to that the trees and plants did not grow after being bombed for 60 years expressed the story that it was it in the peace city where green overflowed now with the poster of two leaves and the story that became the leaf of the auto when a dove perched on a tree.