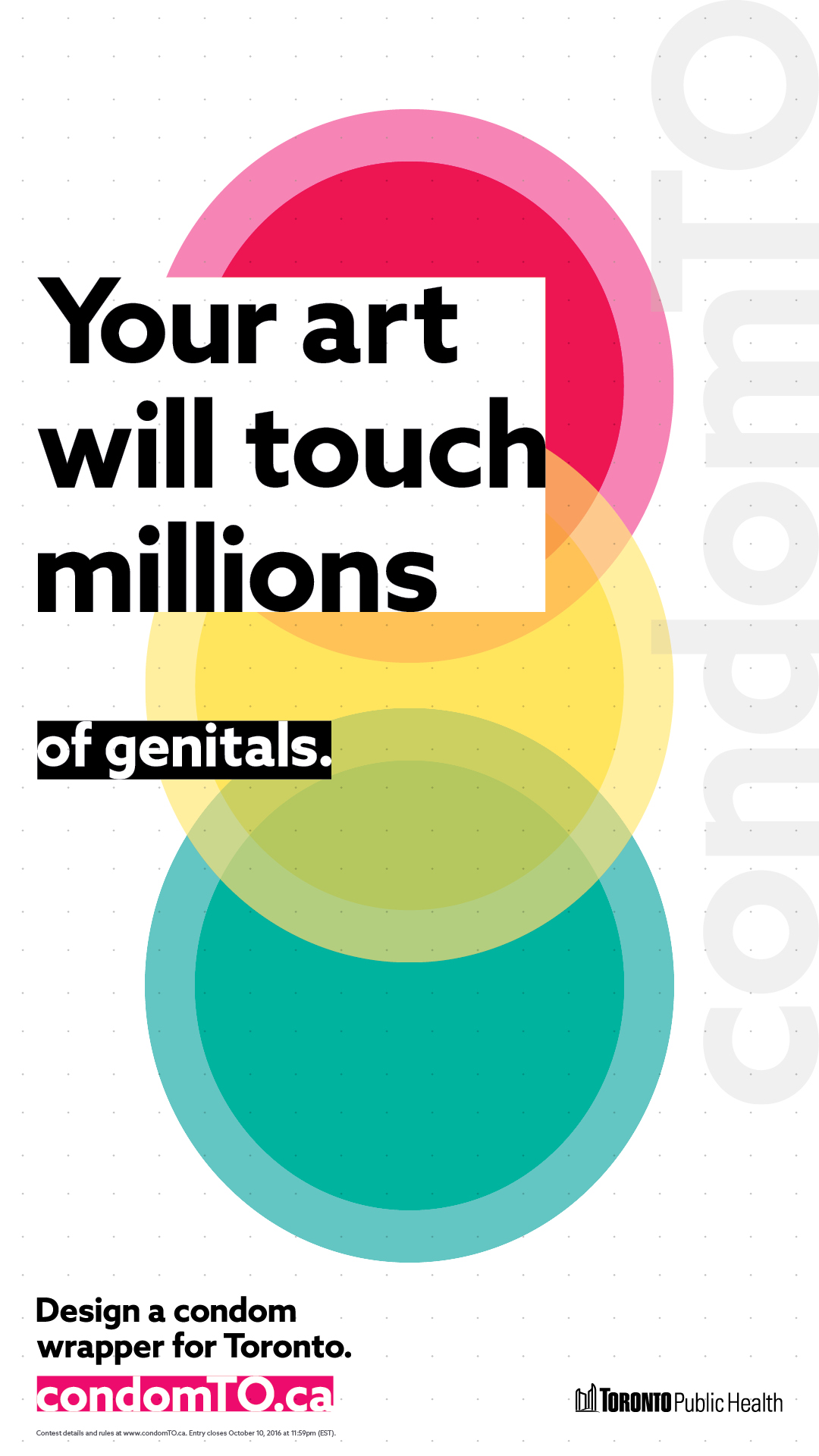 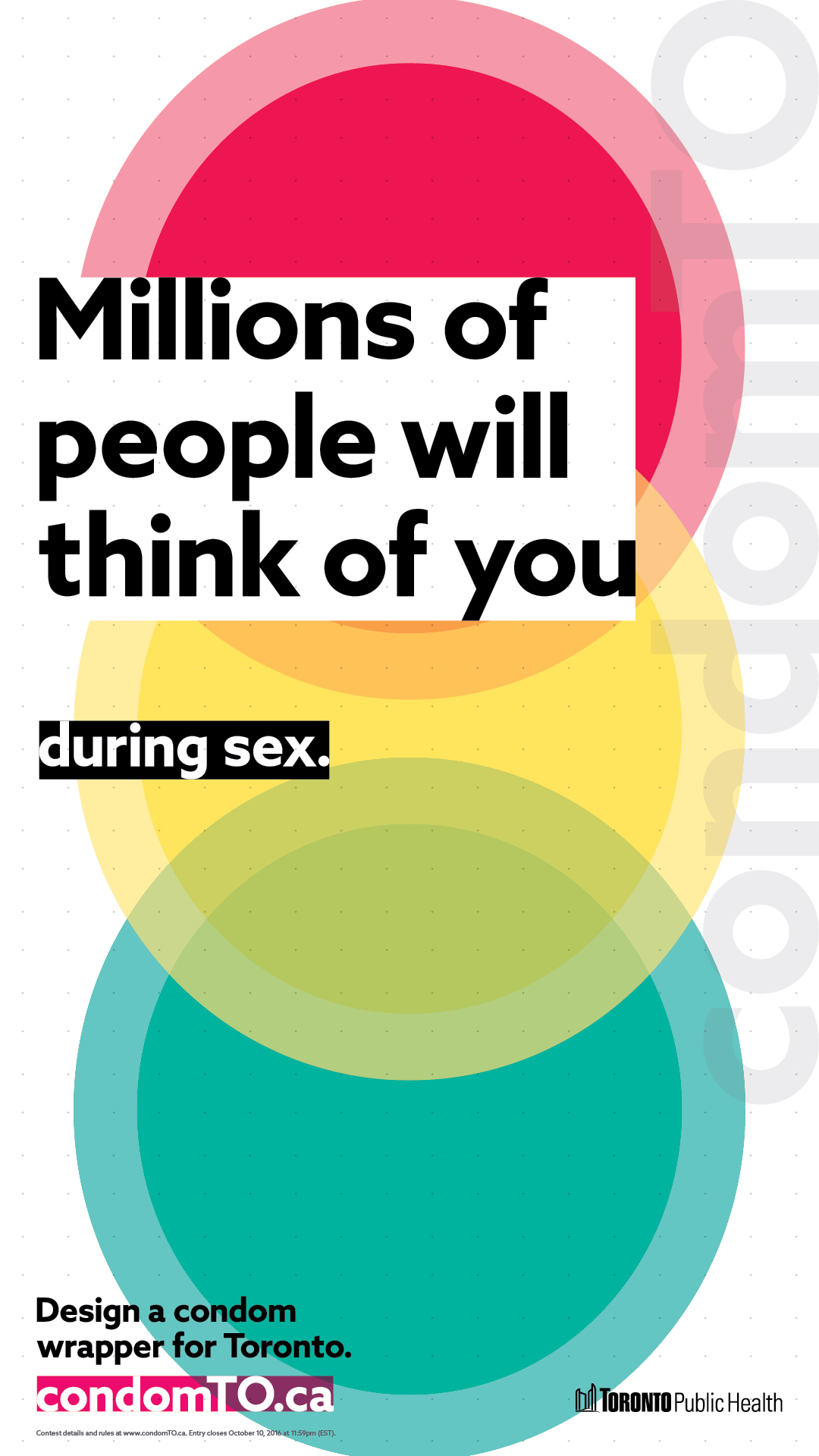 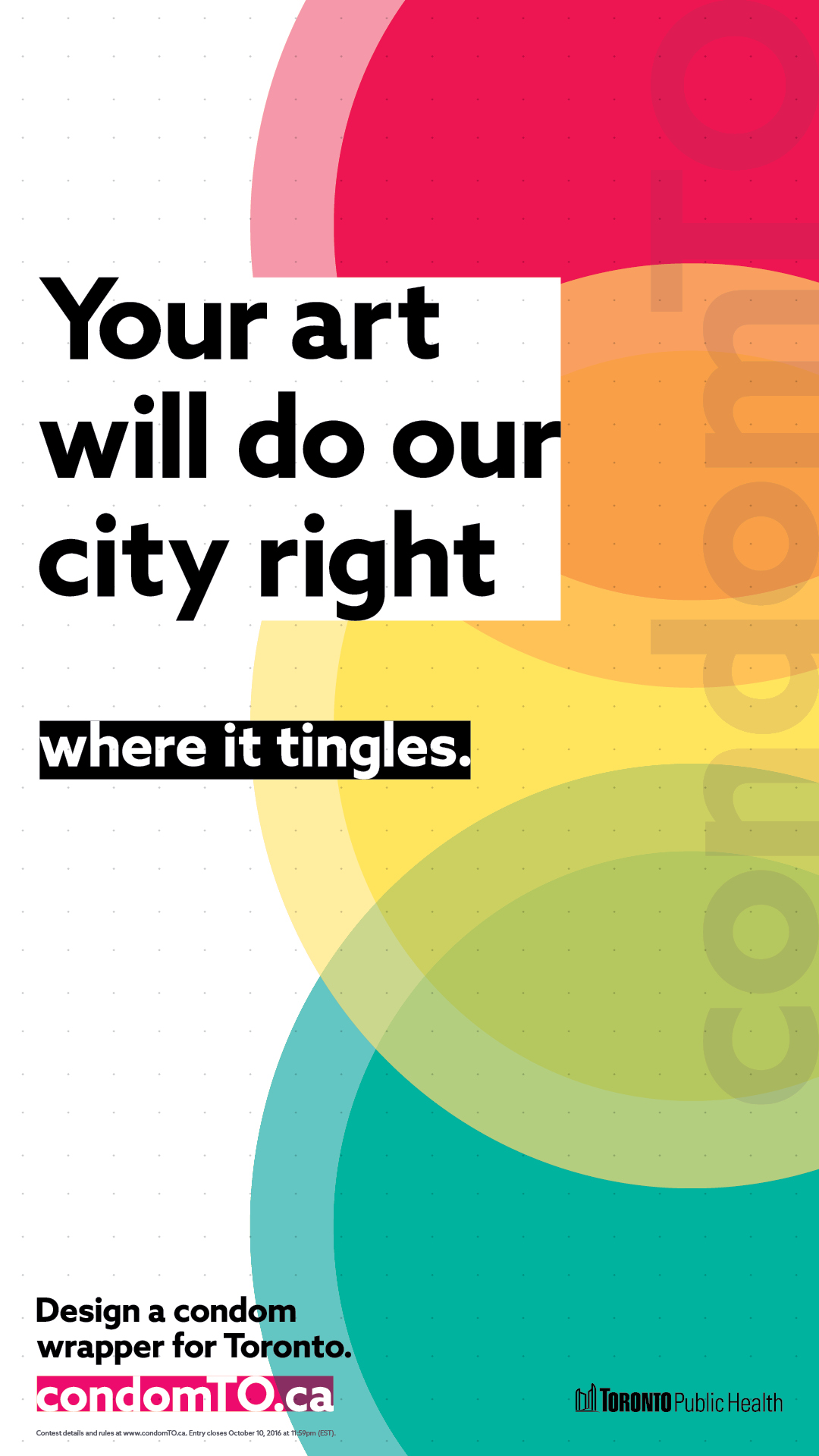 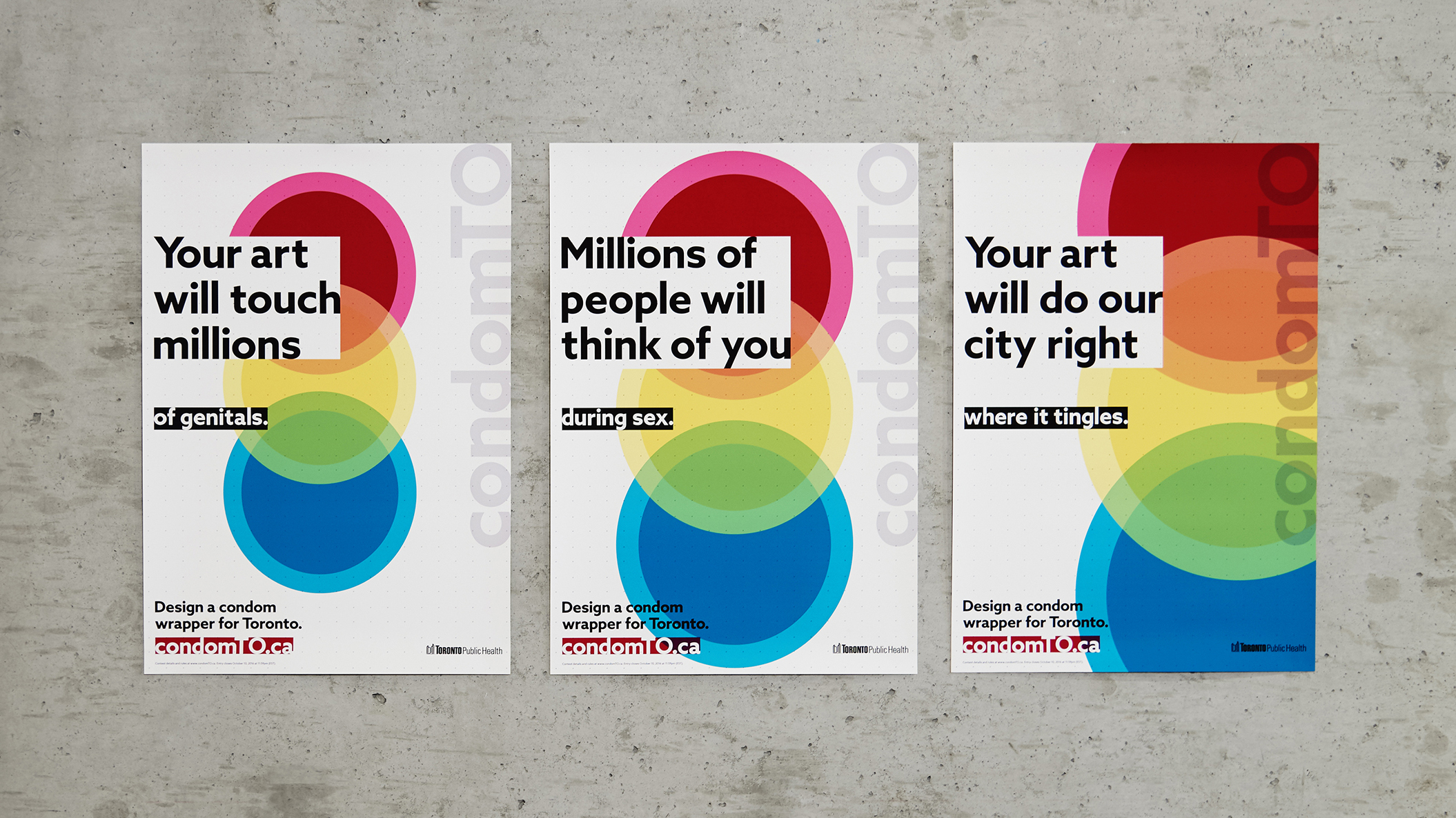 Apps make it easy to meet strangers and have sex. Yet condom use has decreased in Canada’s largest city. Toronto Public Health needed to get people interested in using condoms again. They would run a design contest to create an official condom for Toronto. Our job was to promote the contest.

What happens if you actually win a contest to design a condom? You achieve a certain kind of fame. A dubious kind. How would you deal with being “condom famous?” What’s it like when your art touches millions…of genitals?
The campaign launched with a Facebook video. In it, a winning condom designer is recognized by a grateful person who LOVES using his art. Print, social media, and out-of-home looked at the unintended consequences of condom design victory. Radio did, too.

Despite a $5,000 media budget, we made well over a million impressions. Brand awareness increased by 10%. And 15% more people knew the program was part of Toronto Public Health. The contest also outperformed similar contests in New York City and Los Angeles. The campaign was covered by Canada’s largest news sites, papers, magazines, and radio stations.
The next wave of work launches when the winning condom design is distributed to the city.