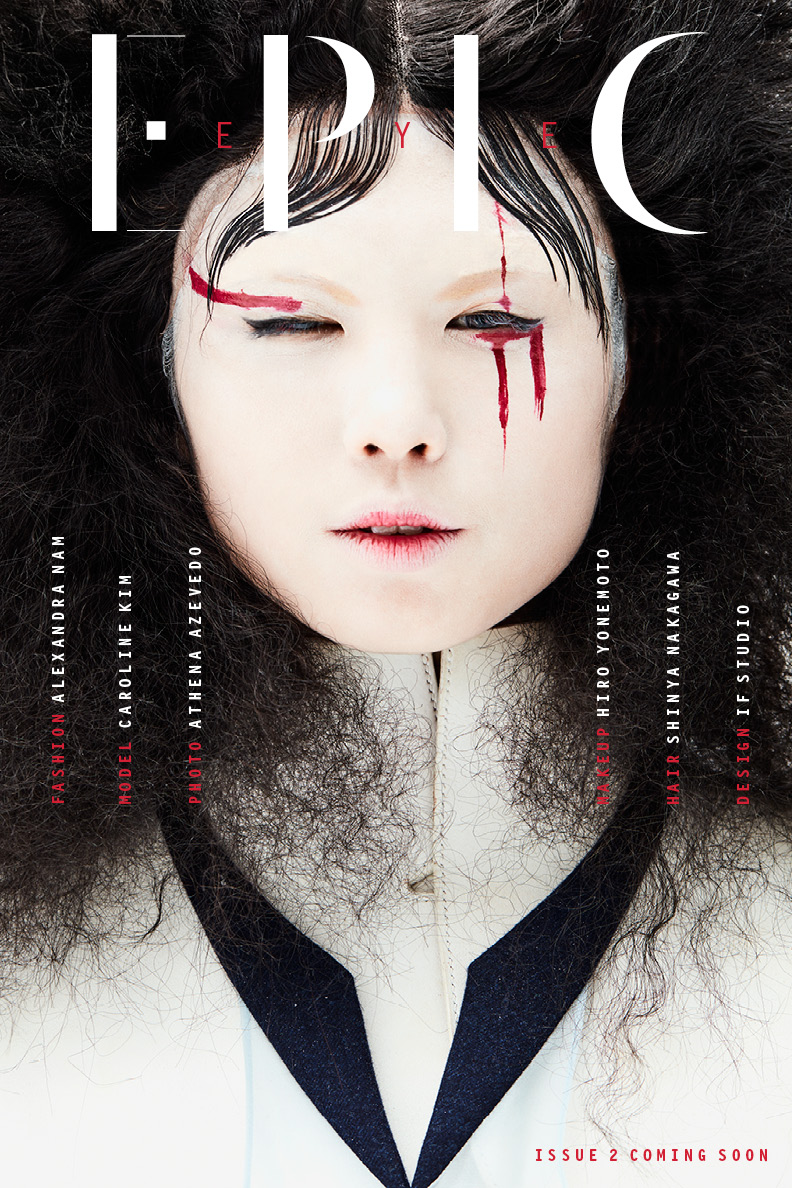 Epic Eye Magazine is published and produced as a collaboration between print company, Epic Litho, and design agency, IF Studio. With a strong focus on art, fashion, performance art and design, our goal was to create an iconic cover image for the second edition of the magazine that would blur the lines between fashion and theater.

One of Epic Eye's featured articles is about NYC-based women's apparel designer and Korean national, Alexandra Naam, whose creations are brought to life by Korean model, Caroline Kim. Rather than utilize one of the images that accompanied the article, we wanted to create a unique cover image for the magazine that utilized our original assets but was enough of a departure that it could communicate the larger themes of the magazine to the reader. In order to do so, we turned to our team of stylists to further dramatize the already theatrical beauty of a traditional Geisha, granting them full creative freedom and encouraging 'extreme' versus 'safe'. To emphasize the design that emerged through the collaboration of wardrobe, hair, makeup and the model herself, we photographed Caroline with subtle facial expressions in a diffused, soft light. The magazine release poster acknowledges the contributing team members and their roles and is strategically designed in response to the final image. The graphic design emerged naturally, mimicking the red lines on the model's eyes, almost appearing to be earrings or an added theatrical detail.

The final image, a true result of team collaboration, emerged so strong that it initially evoked discomfort among some of our internal team. Rather than shy away from using it, we embraced the emotional tension as a signal of our relationship to a deeper humanity within us. The final poster is an arresting image of a geisha that speaks to the shared allure of beauty and death, and the boundaries of high fashion and theater.