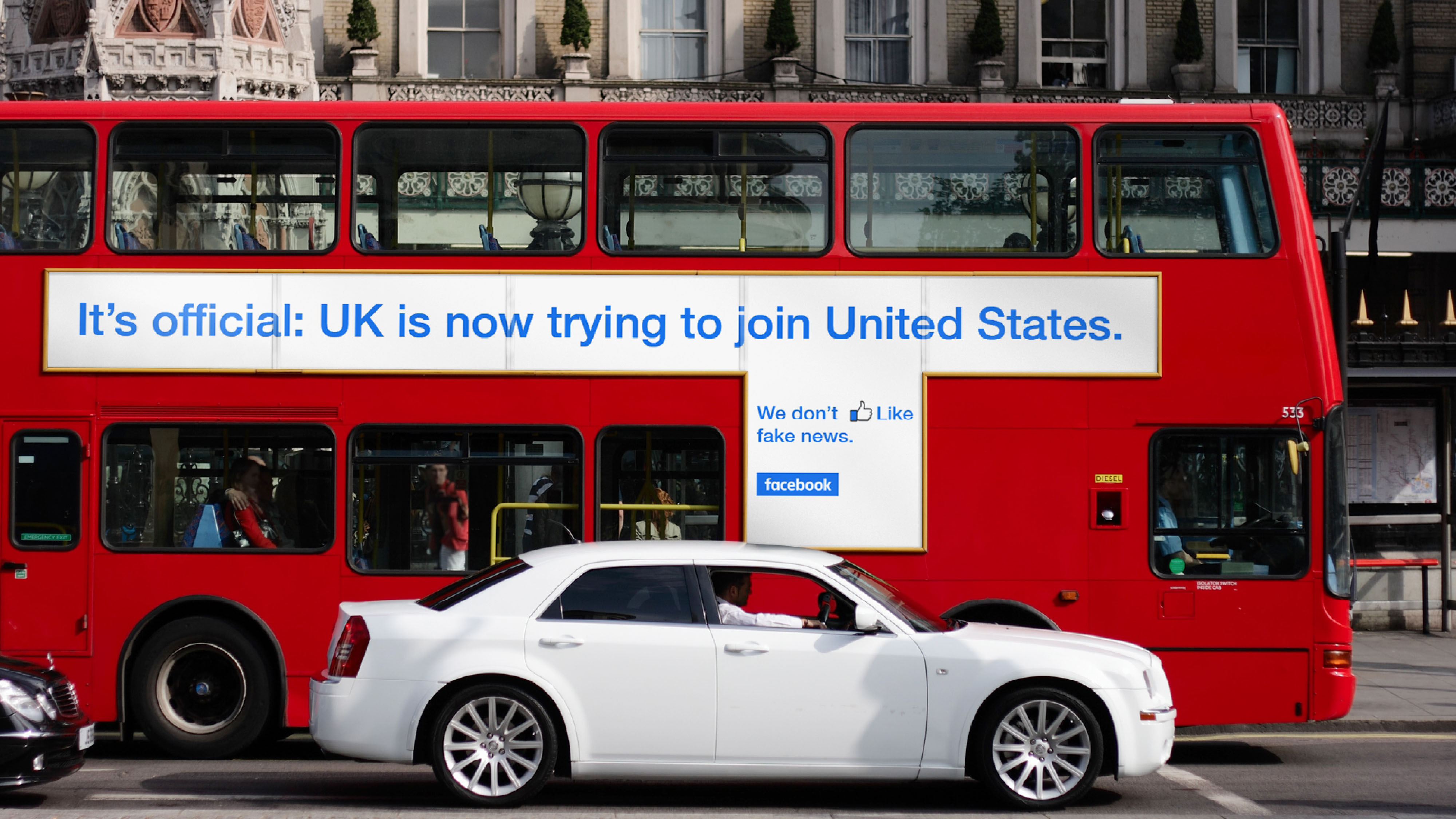 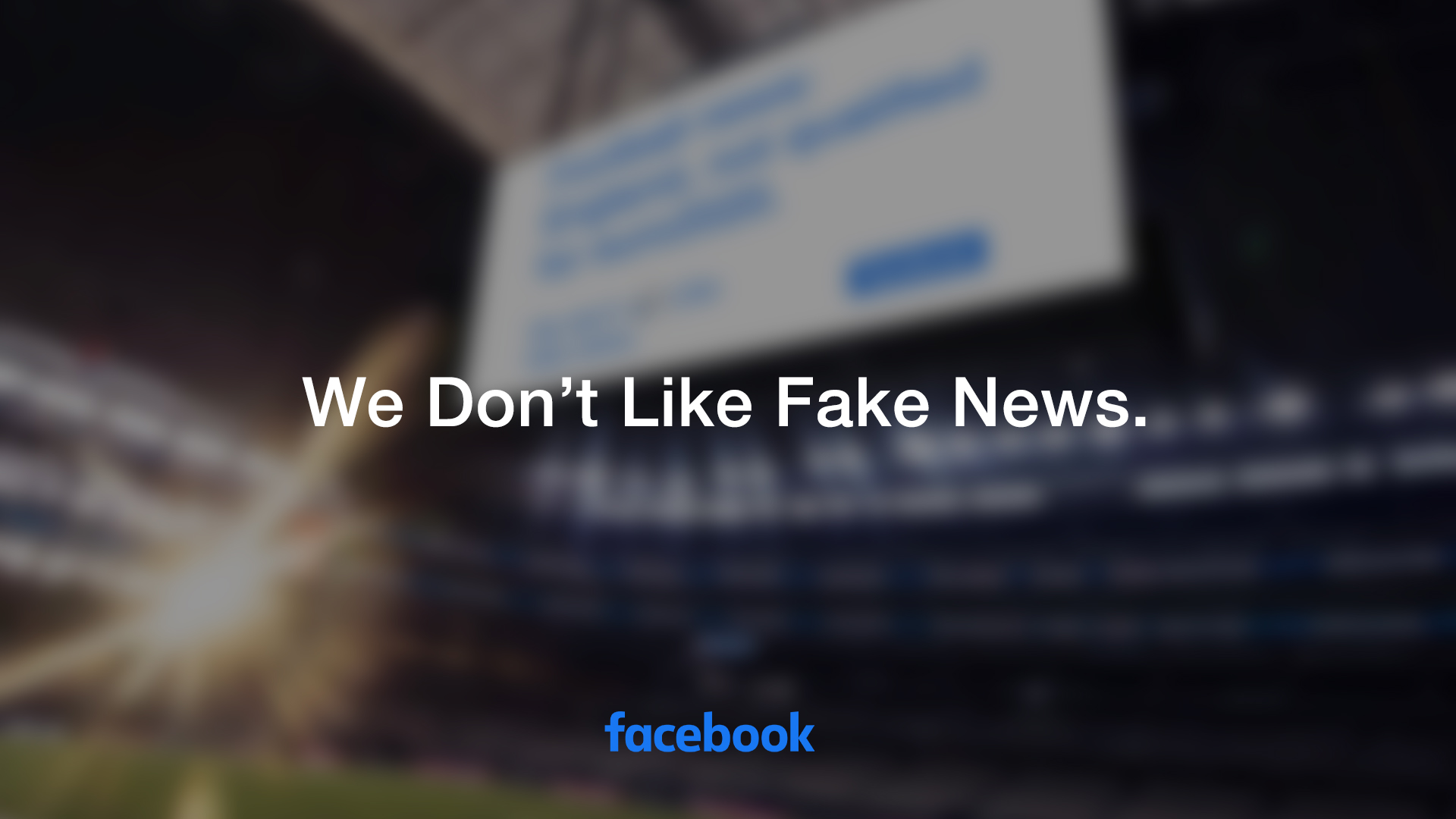 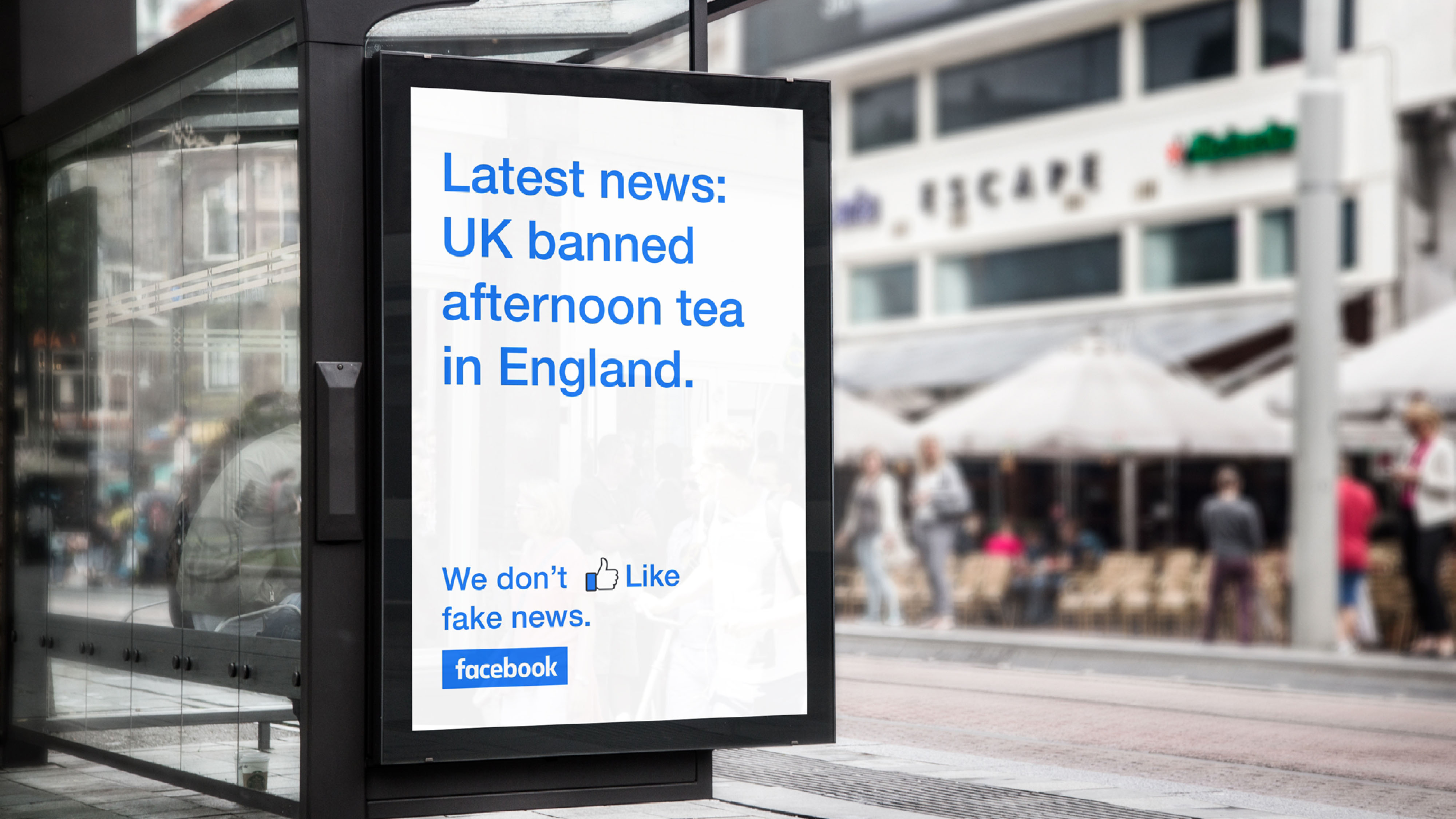 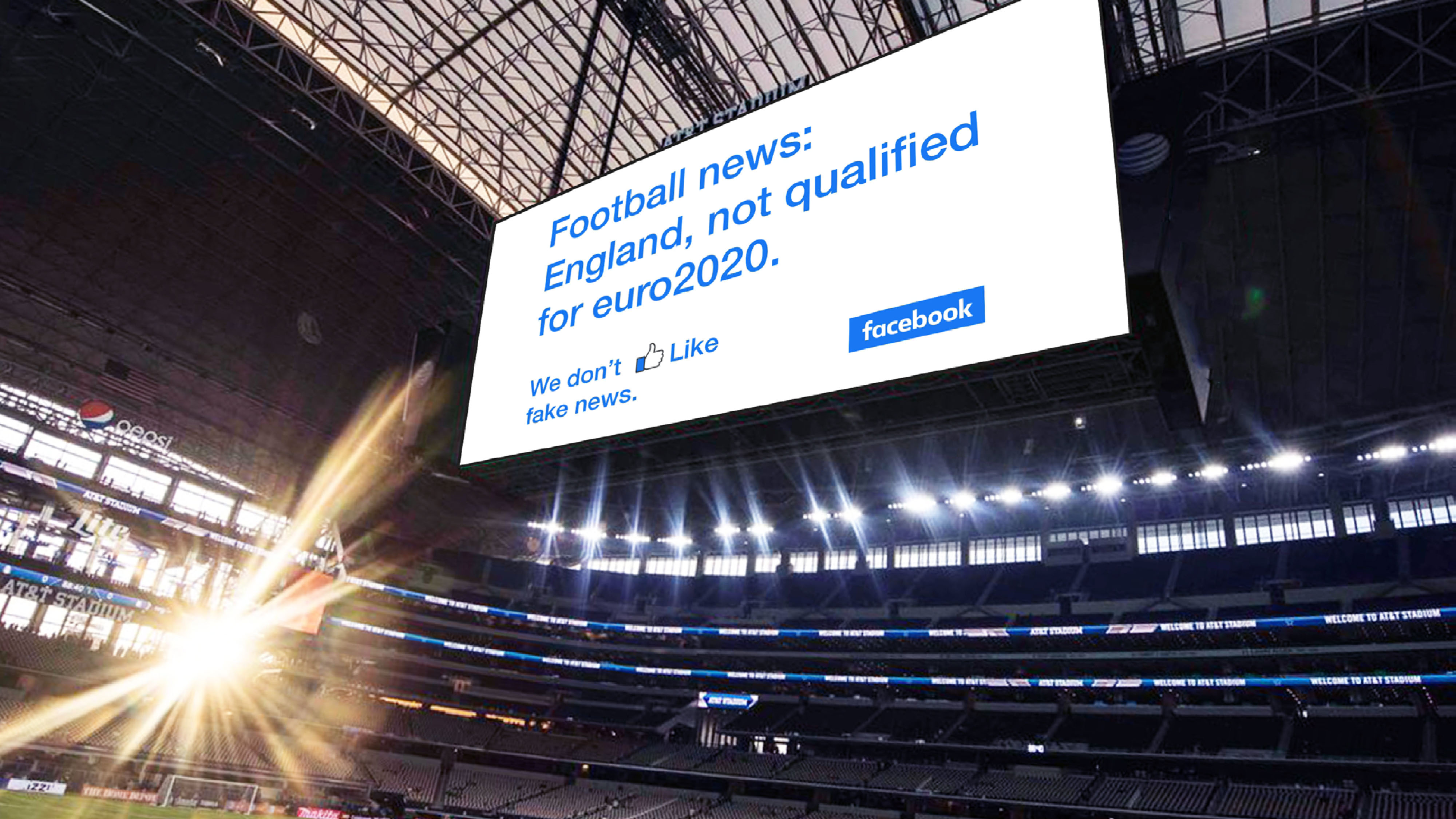 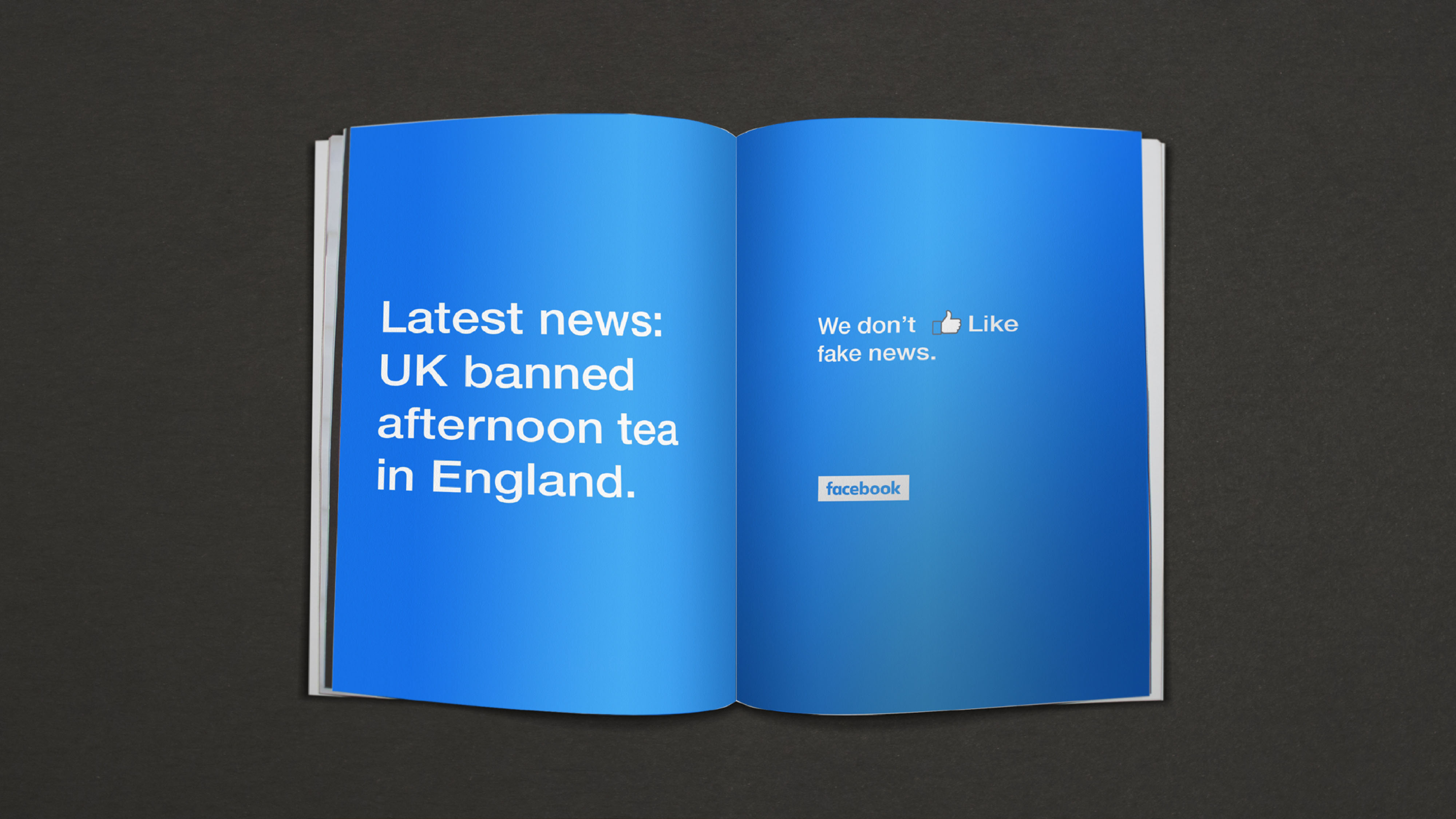 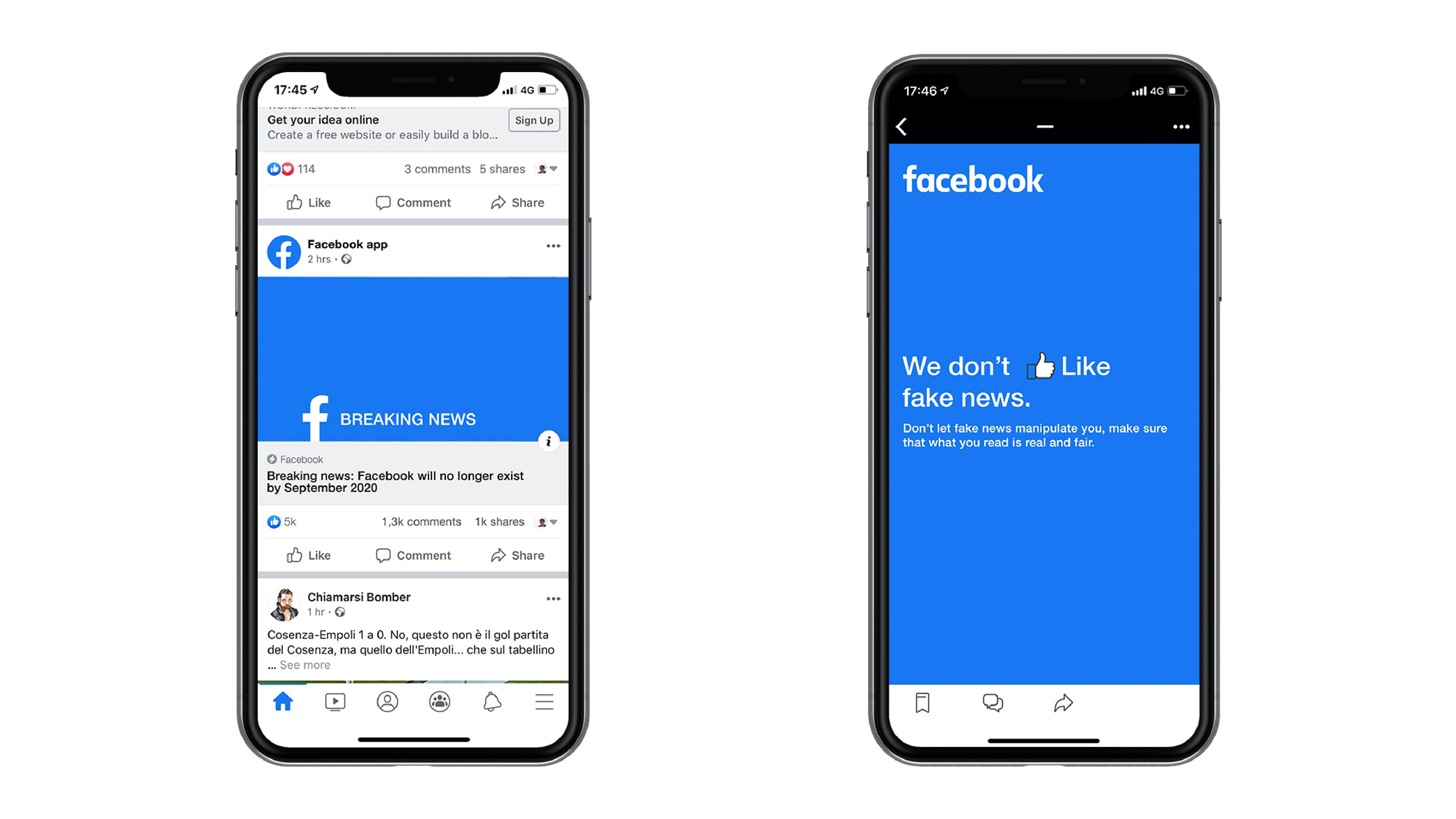 School
University of the Arts London

School
University of the Arts London

If in the real world the society is fake, on social media the situation is even worse. On social network, falseness is normal, just think about all the fake profiles, fake news and users who only show their bright side.
Facebook is the most popular social network for governments spreading fake news and propaganda. There have been more than 1 billion views of fake news in the last 5 months on FB and users believe more than half of fake news is true. The brief was to create a campaign to raise awareness on this topic, considering the British market.

The target of the campaign is people who use Facebook or other social networks as well. The campaign wants to raise awareness on fake news on every social media, using Facebook as the main medium. The tone of voice of the campaign is ironic, fun, hilarious and easy. We played with British stereotypes: namely tea, politics, football; and we exaggerated negative and almost impossible topics.