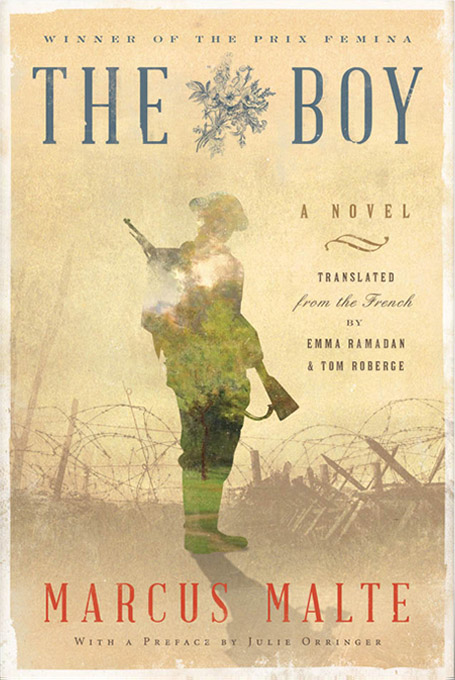 Winner of the prestigious Prix Femina, The Boy is an expansive and entrancing historical novel that follows a nearly feral child from the French countryside as he joins society and plunges into the torrid events of the first half of the 20th century.

The boy does not speak. The boy has no name. The boy, raised half-wild in the forests of southern France, sets out alone into the wilderness and the greater world beyond. Without experience of another person aside from his mother, the boy must learn what it is to be human, to exist among people, and to live beyond simple survival.

As this wild and naive child attempts to join civilization, he encounters earthquakes and car crashes, ogres and artists, and, eventually, all-encompassing love and an inescapable war. His adventures take him around the world and through history on a mesmerizing journey, rich with unforgettable characters. A hamlet of farmers fears he’s a werewolf, but eventually raise him as one of their own. A circus performer who toured the world as a sideshow introduces the boy to showmanship and sanitation. And a chance encounter with an older woman exposes him to music and the sensuous pleasures of life. The boy becomes a guide whose innocence exposes society’s wonder, brutality, absurdity, and magic.

Beginning in 1908 and spanning three decades, The Boy is as an emotionally and historically rich exploration of family, passion, and war from one of France’s most acclaimed and bestselling authors.

The book has done well despite meager publicity budgets.