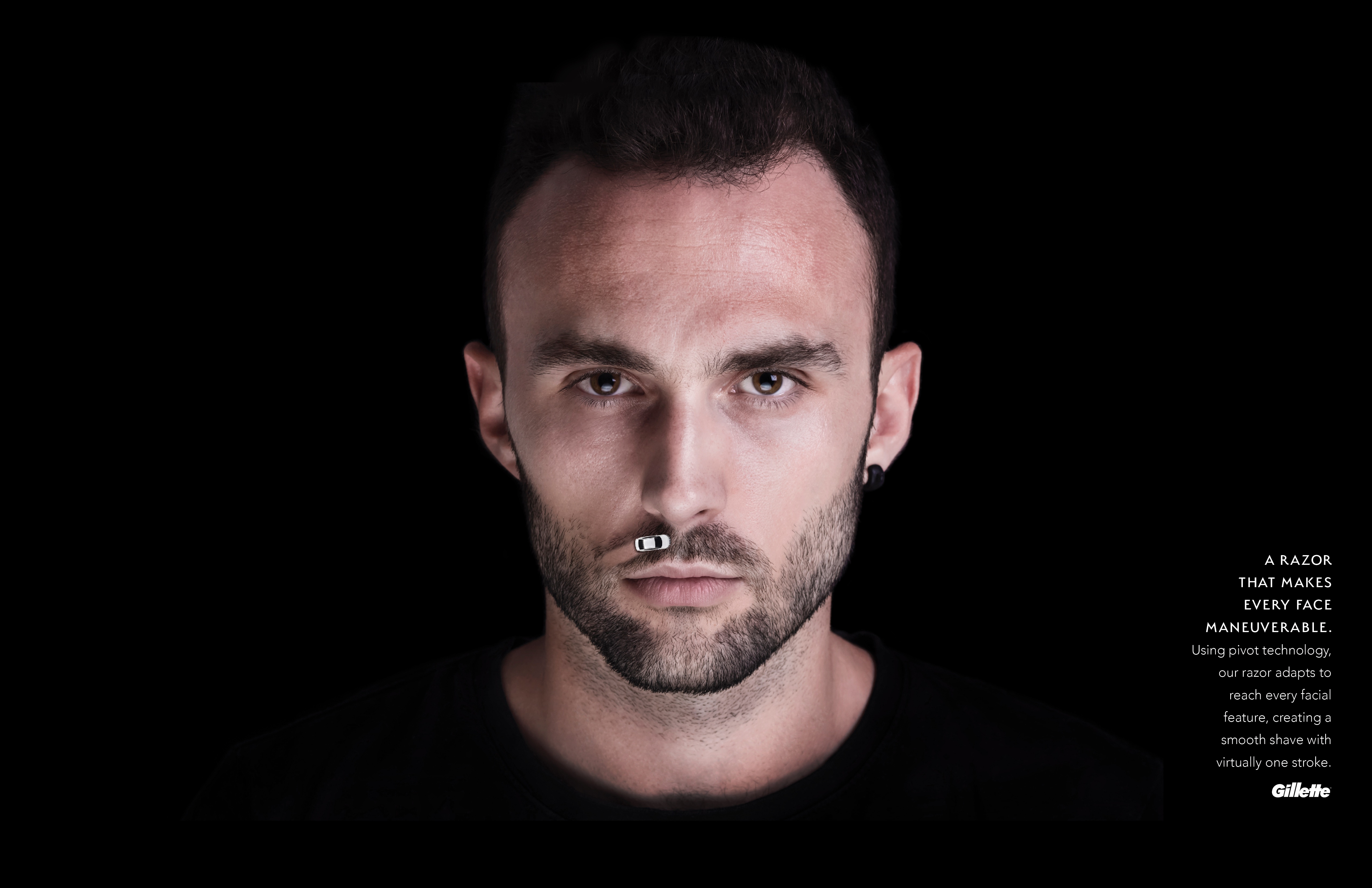 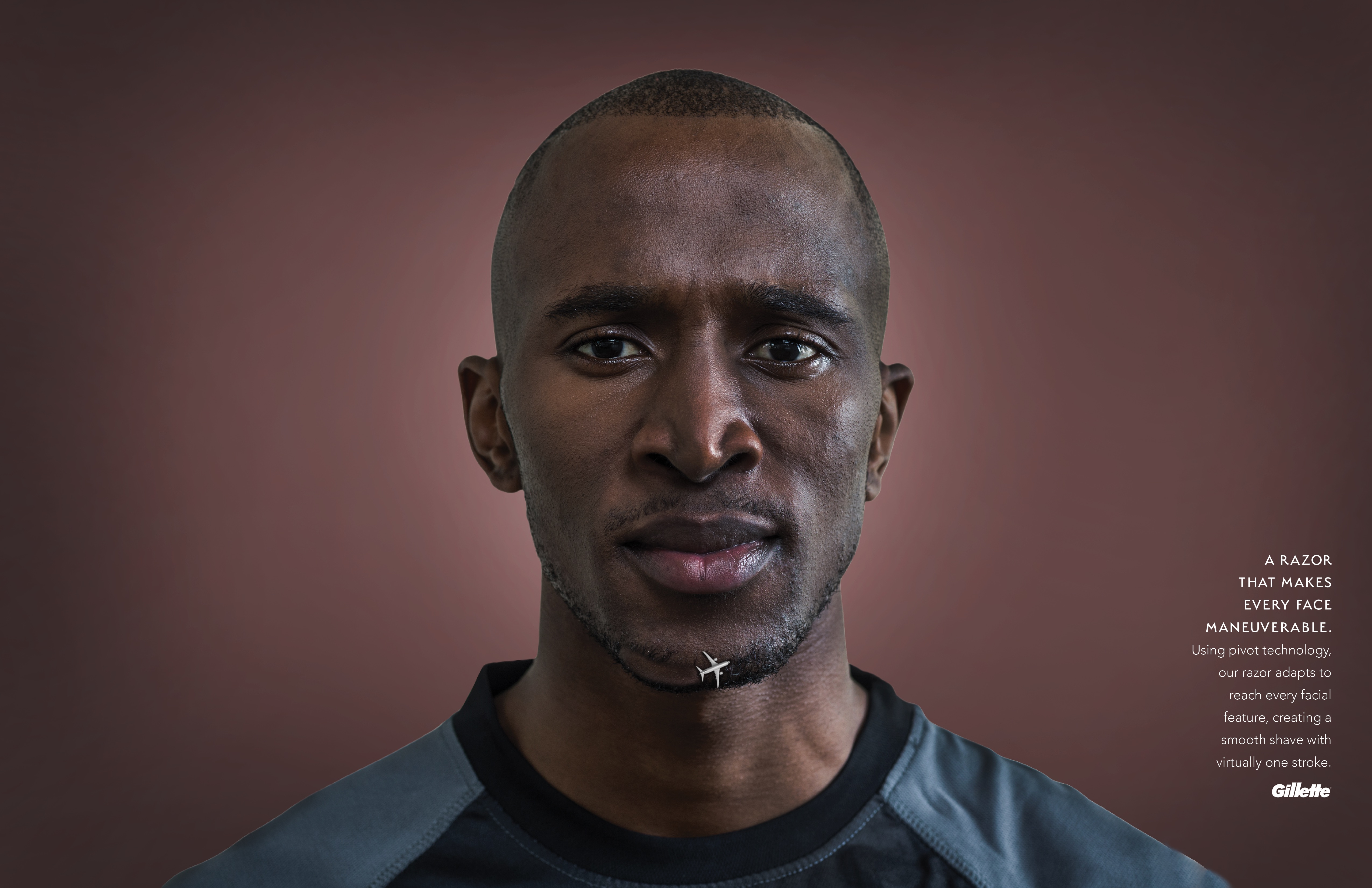 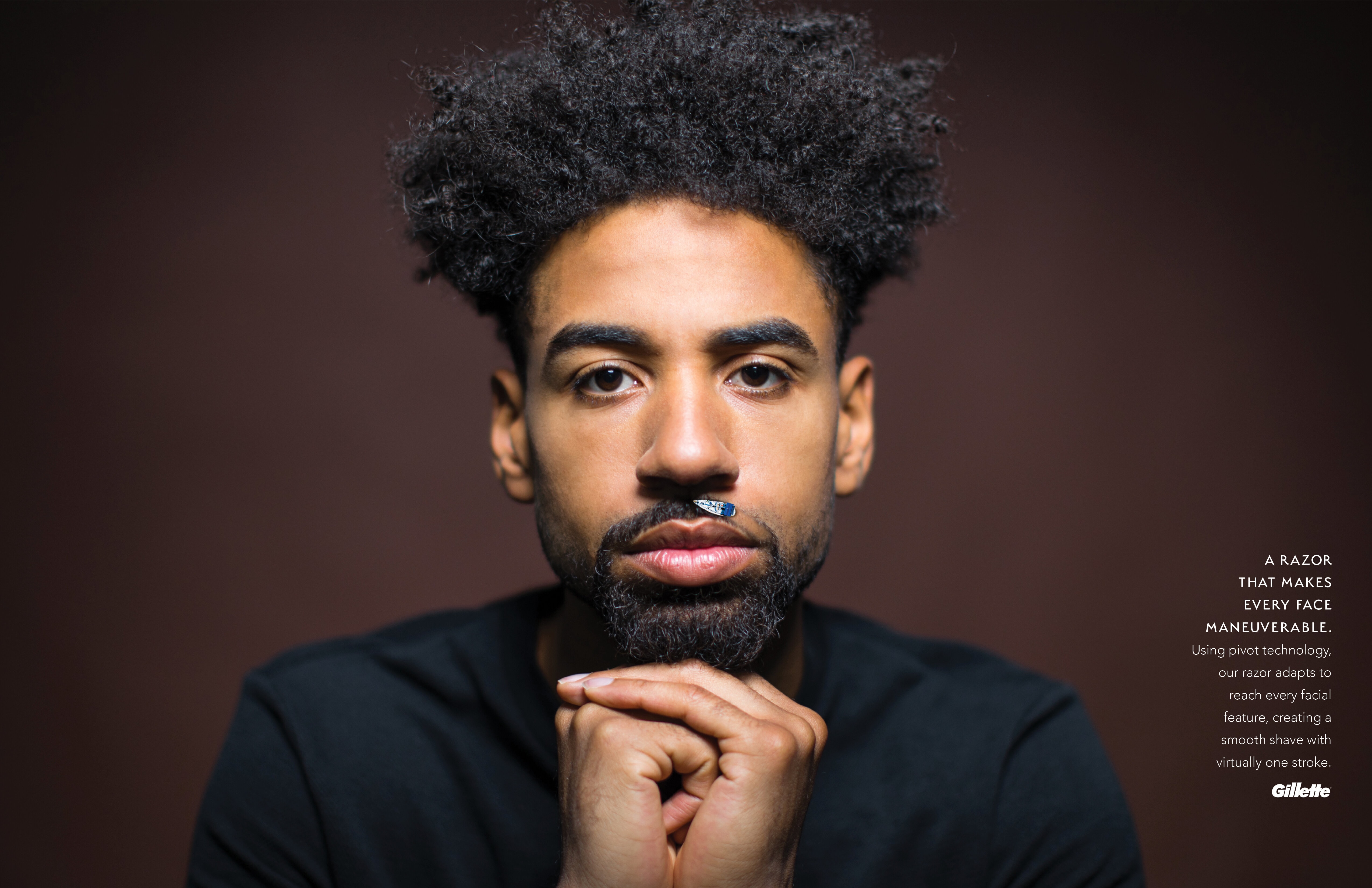 Our project was to create a print advertising campaign that shows how the Gillette Profusion Glide razor provides the best shave due to its pivot technology.

We wanted to use vehicles that pivot to portray how the razor pivots. We chose the headline "a razor that makes every face maneuverable" to indicate the flexible technology and the added benefit of the razor that allows it to transverse across the face as eloquently as a mode of transportation. For the visuals, we chose a diverse group of men with facial hair, and demonstrate how the razor would pivot and shave their faces by leaving a clean trail behind the vehicles. The chosen type is clean and has an extended leg on the letter "R", to communicate how the razor is capable of turning and leaves clean, crisp lines.

We found a fresh new way to metaphorically show how pivots technology allows a razor to move freely across the face.