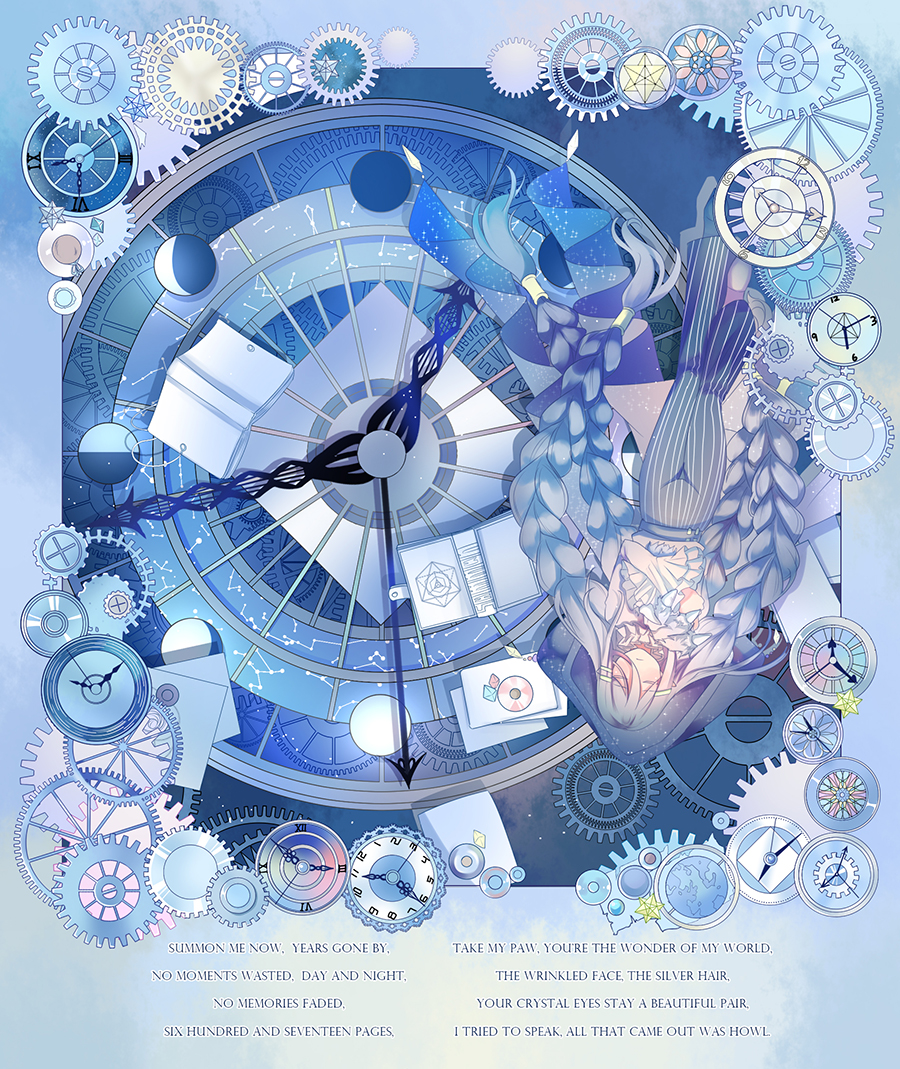 I like listening to songs, so I also enjoy painting songs. So I chose the song "Summing 101" created by Mili to express the story through illustration.

"Summing 101" tells the story that the witch successfully summoned the Werewolf in the experiment. However, the call was limited. When the summoning door was about to collapse, the werewolf was sent back to the void before resulting in the werewolf being amputated a claw. After that, the witch has been trying to summon the werewolf again. Finally, the witch created the call gate again with her own life, but the werewolf could only hold the body of the old and dead Witch and keep crying.

I chose the scene in the middle of the song to paint the illustration. At this time, the witch was running out of time to find a way to summon, so I chose the elements of clock and gear. She lay on the clock, holding the hand left by the werewolf, thinking about him constantly.

I first extract the elements and stories in the lyrics, such as taking the protagonist "witch" and the important item "werewolf's hand" as the main body, using clocks to express the passage of time, and using scattered paper to express that the witch has been diligently researching.