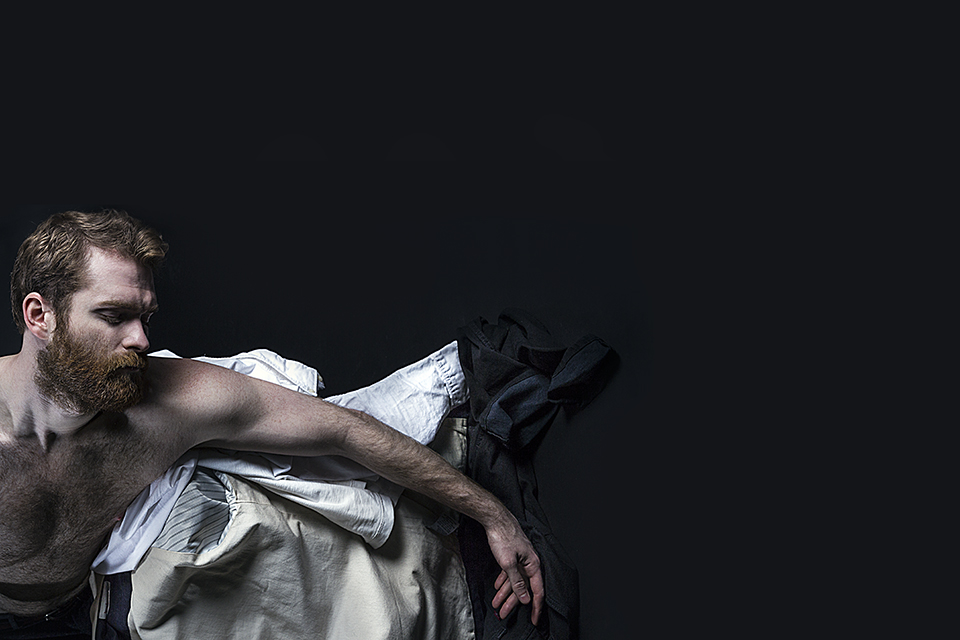 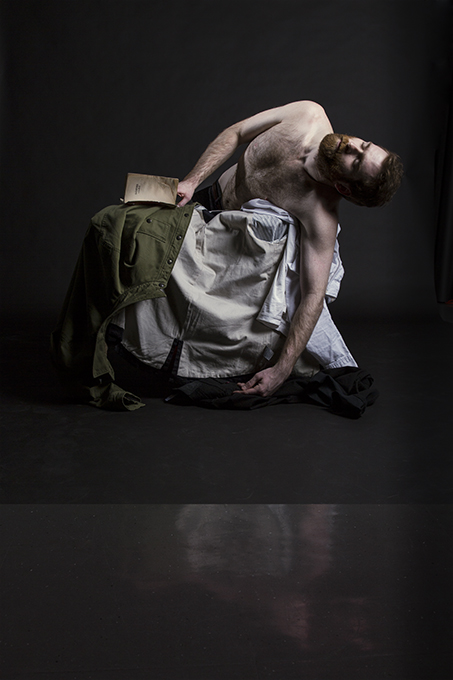 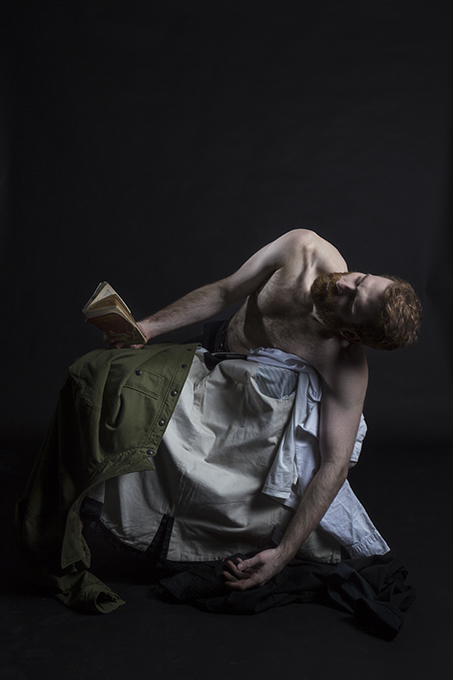 David Hocker is my very first male model who is a prominent scientist and also a figure model. His face and body have been portrayed by many different painters, photographers, and other artists. and his main role is to stand in front of those creators, posing as a figure model and reflecting a different being. So he rarely have a chance to present himself.

He requested me to document his portrait that re-interpret his personality while capturing his own presence, leaving the substantial elements such as his name, and facial features as they are.

Through a viewfinder, one can reinterpret
and reconstruct what’s being seen through lens glass. Hence, photography can serve as a tool to explore both self-reflection and observation.

After a brief talk and study on his looks, I was reminded of the classical and historical traits of the figure, which gave me a glimpse of him in a different environment and era.

Given the similarity of their names, I used a historical reference by the European painter, Jacques-Louis David. in the image I created, the surface where the backdrop touches the floor creates a reflection, giving a sense of illusion in a bathtub. I used a high-contrast lighting to enhance the dramatic quality of the scene. Accordingly, I focused on the drapery and textile of his own clothing, so the elements deliver a sense of historical atmosphere.

None of this was planned in prior to the shooting. He laid out what he brought for the outfits and offered my book to play around. Clothings, props, and the set-up used for the creation was improvised.