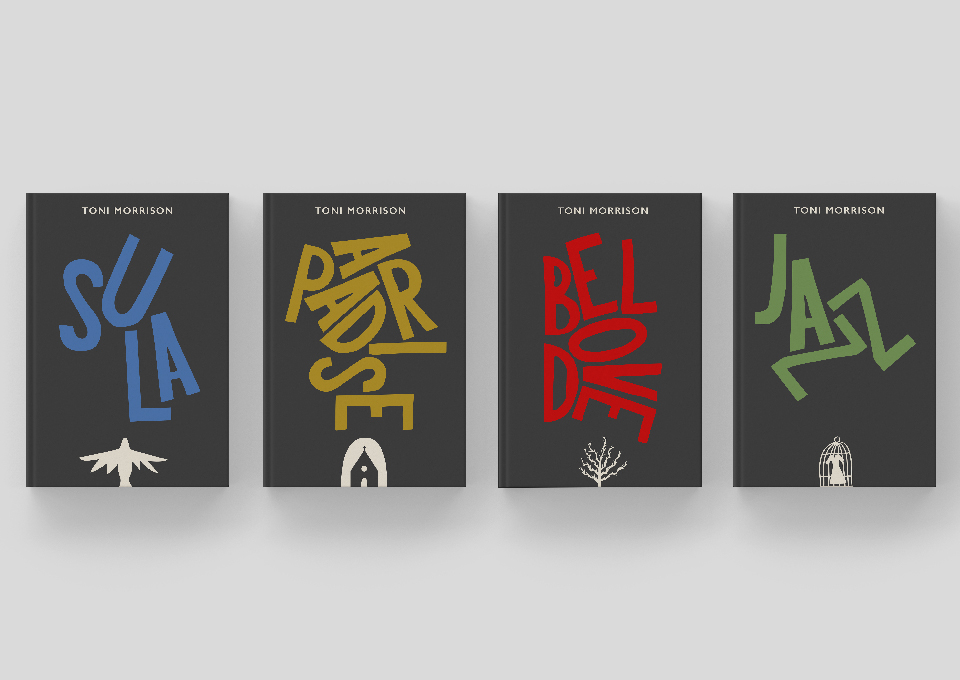 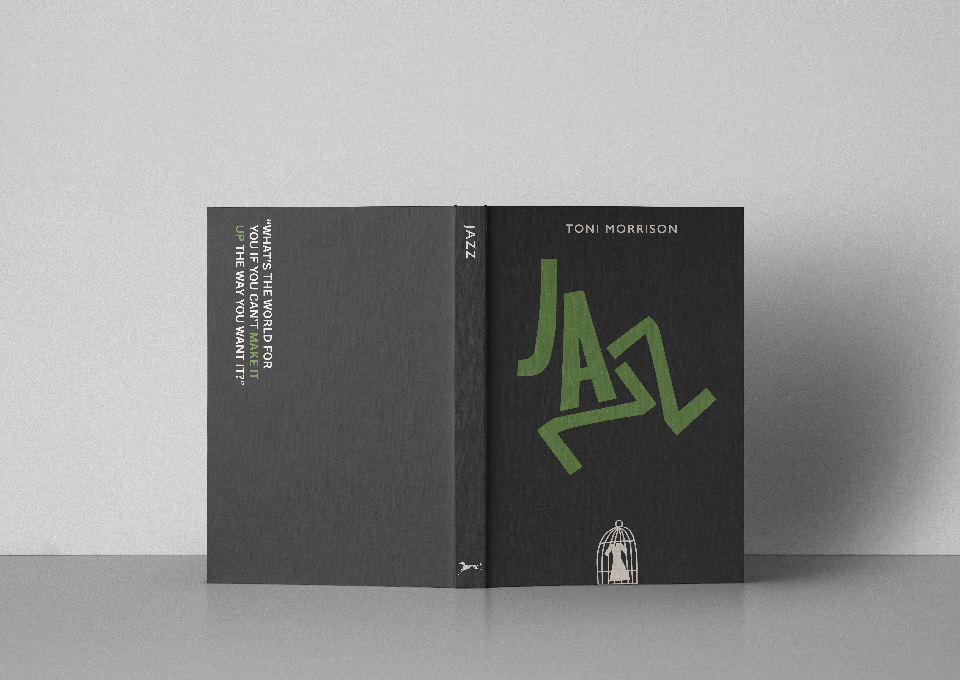 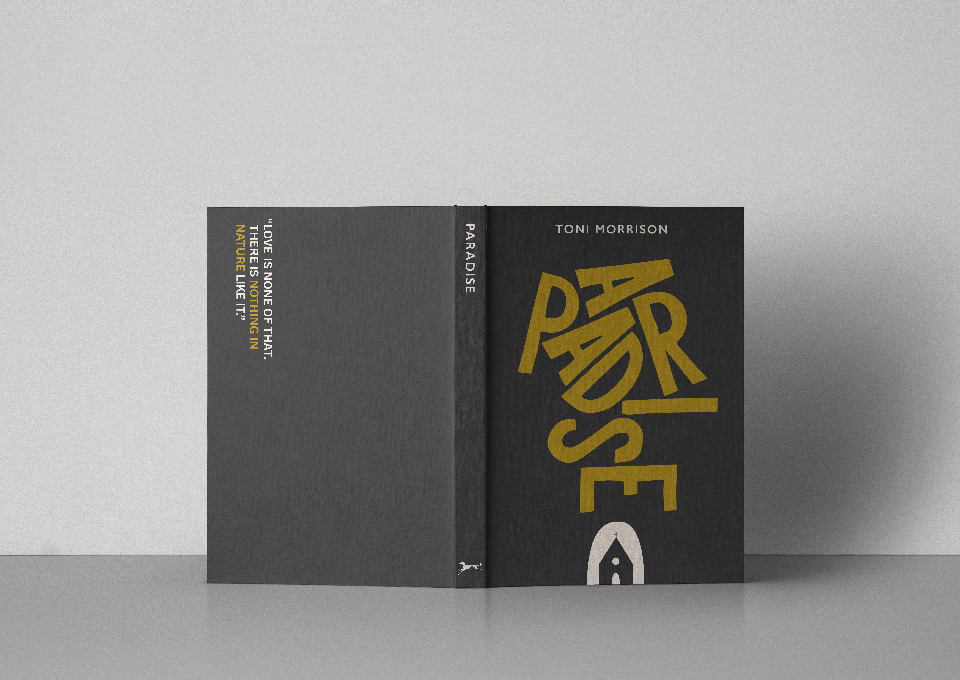 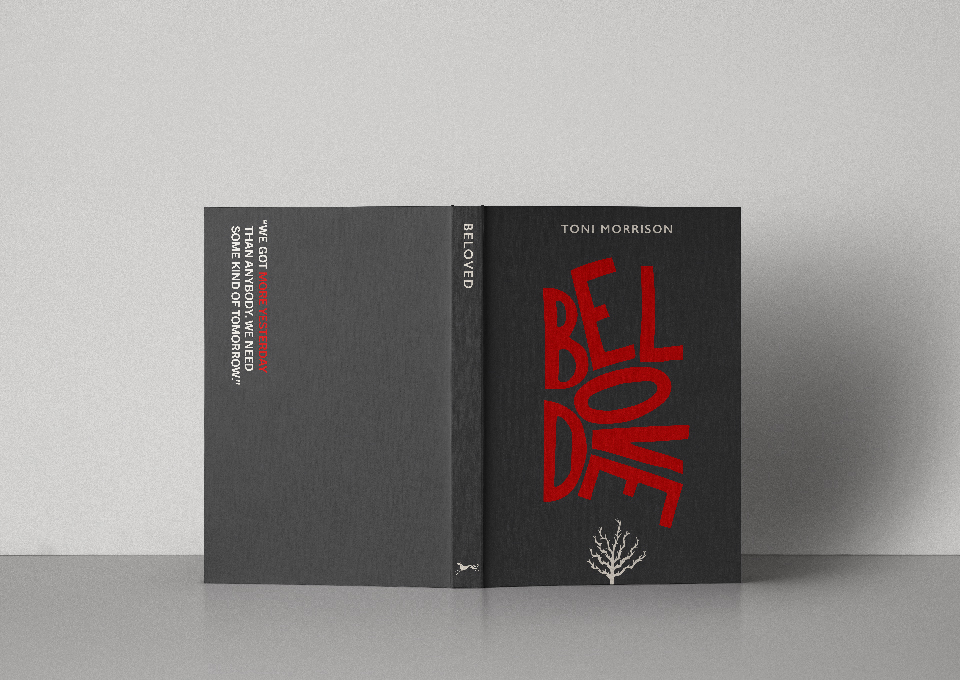 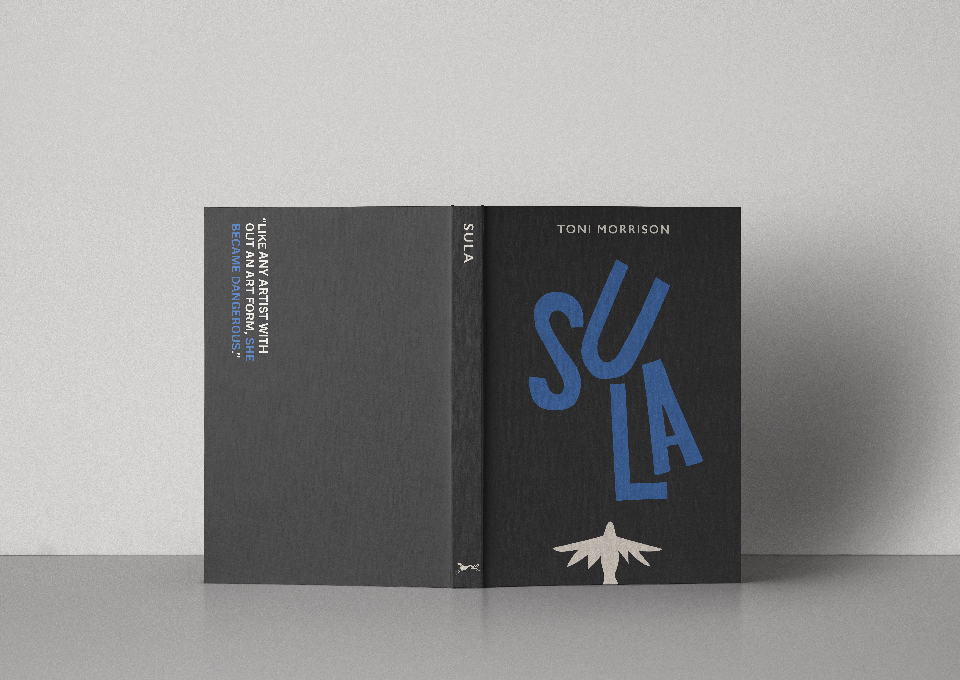 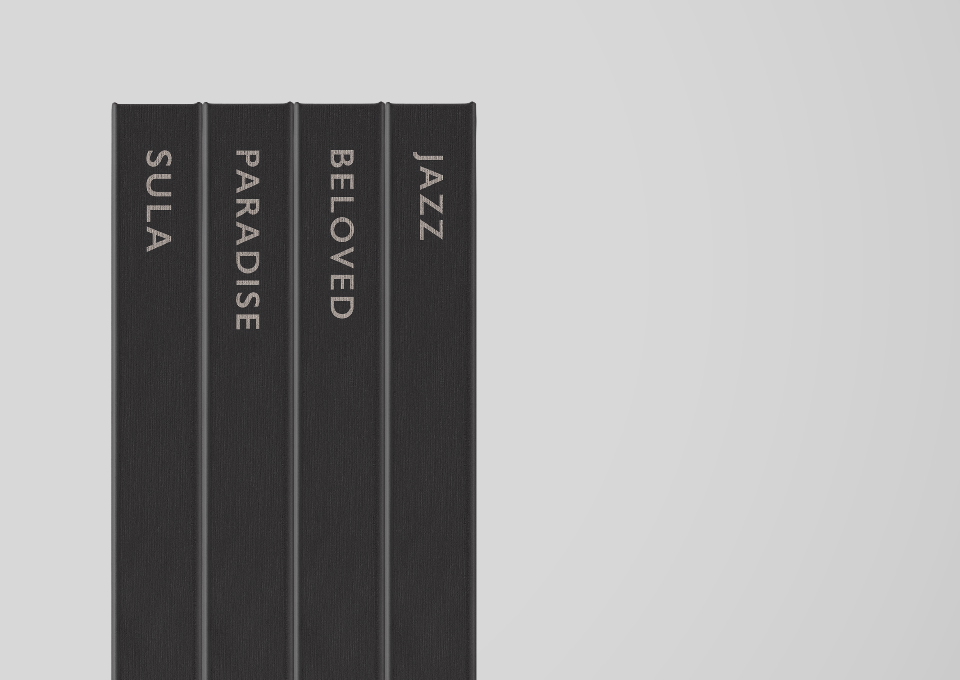 Toni Morrison Grew up in Ohio in the 30s and 40s, and grew to become an unprecedented female writer of color. She moved mountains with her narratives and softened hearts with her flawed characters. Morrison used her voice to call awareness to issues in America caused by those beside her, those around her, and those opposing her. She shed light on the lives of the marginalized and ignored, and told stories that others were afraid to tell—and even afraid to hear. My objective was to design book covers that communicated that power and voice of precedent that she so carefully crafted as her own. I wanted to honor Morrison's influence through visual poetry to complement the strengthening words on the pages of her novels.

My strategy for this project was to look at poster art and design by black artists of the mid-20th century, as well as Jazz posters of the same time, in order to pull inspiration from those who would have been experiencing racial discrimination similar to that of the characters in Morrison's books. After doing so, I settled on type with a cut-paper effect by cutting the letters out of fabric and scanning them in. This gave them an uneven and improvised shape, a reflection of my typographic research. Their arrangement is similarly jumbled and stacked, showing the inspiration as well as a representation of the tumultuous story lines and lives that Morrison wrote aboutThe symbols that appear at the bottom of each book represent an important symbol of the story, and again maintain the feeling of cut paper. This was accomplished by drawing the shapes with black marker, cutting them out of the paper, and scanning those in as well.

The final book covers stand strong as a system as well as on their own. The bold colors allow the typography of the titles to be the main event, exhibiting that cut-paper, tumultuous arrangement that so represents the stories crafted by Morrison. The symbols stand rooted at the bottom of the cover, hinting at what's to come and representing a foundation of each story.