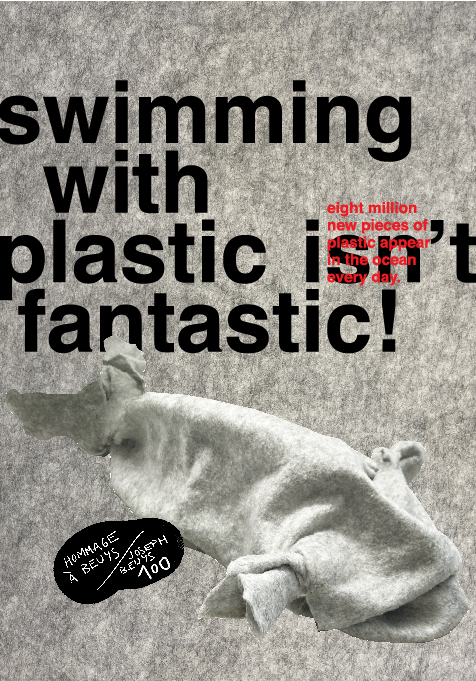 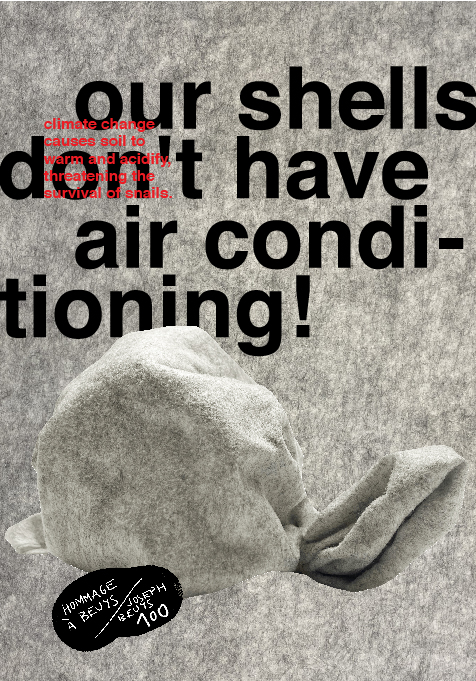 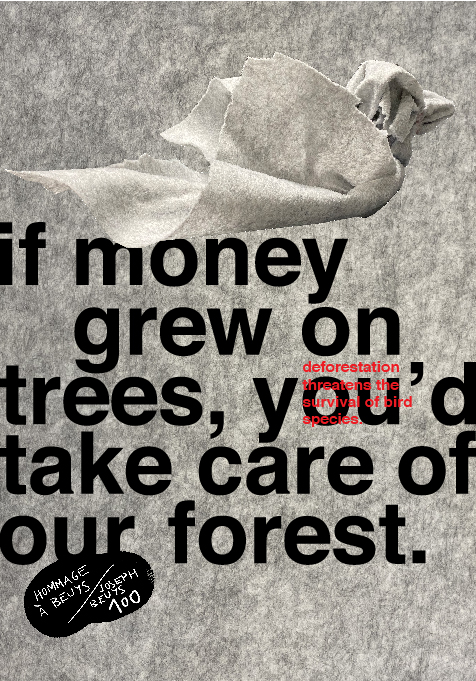 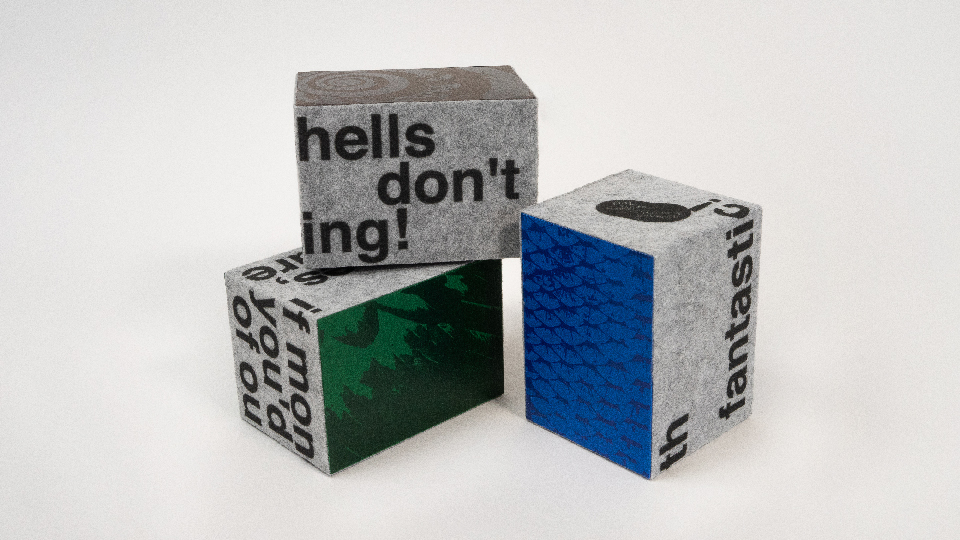 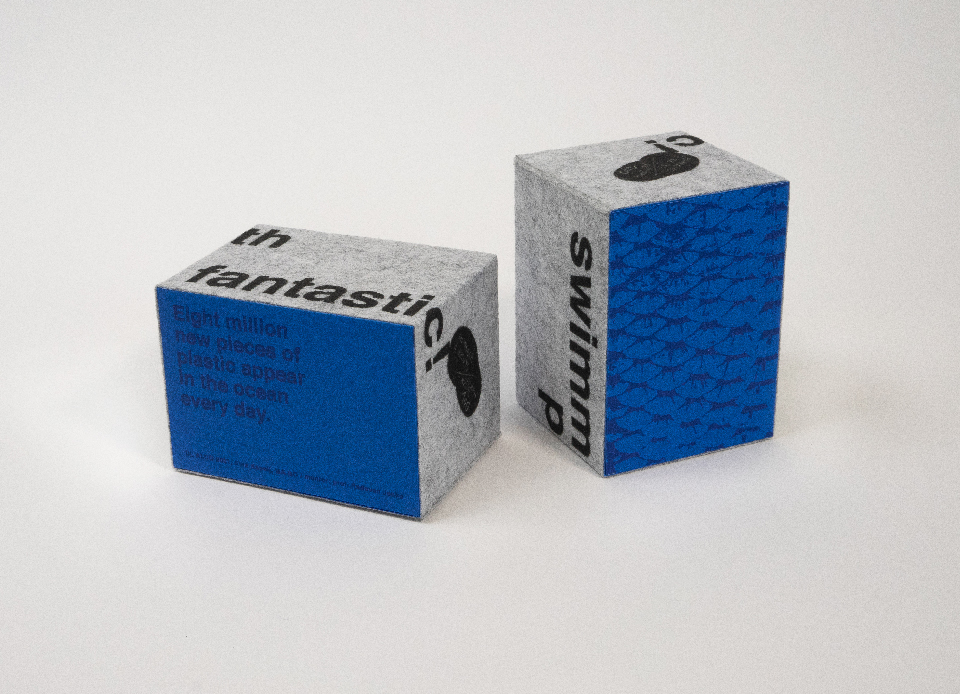 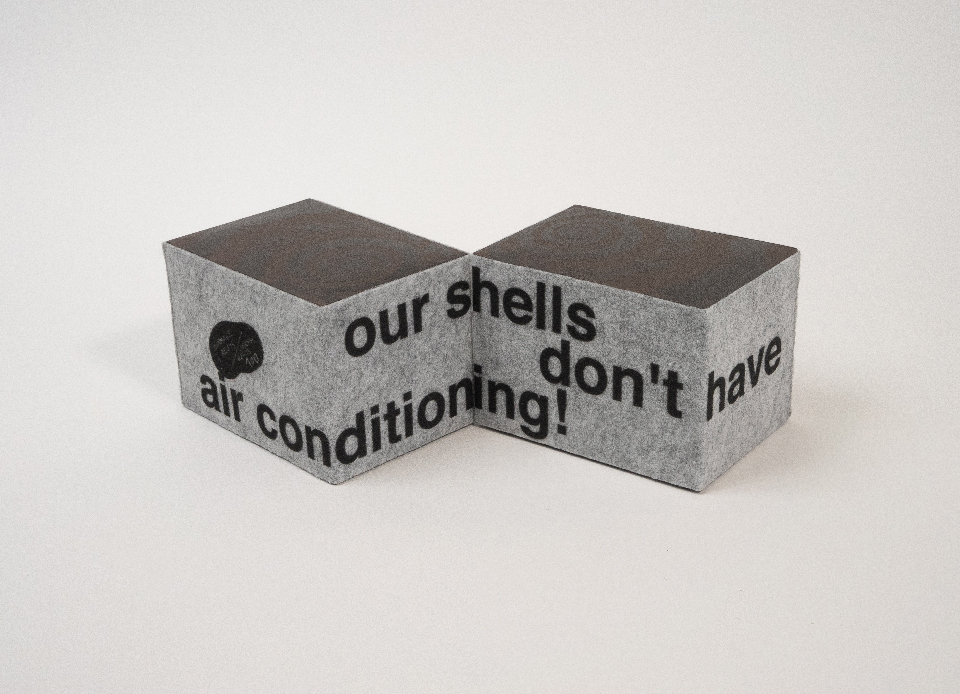 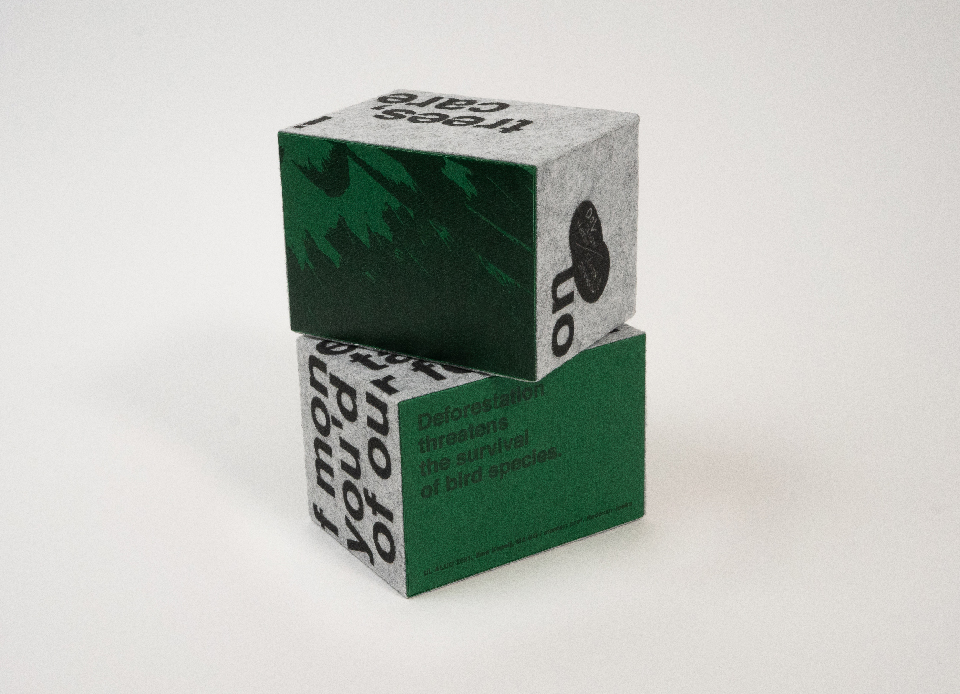 The project is a visual identity on the 100th anniversary of the birth of the conceptual artist Joseph Beuys. Beuys ’oeuvre is not only artistic, the artist was also the father of contemporary ecological thinking.

The content of the project stems from Beuys ’concept that all animals should have the same rights as humans.

The animal world is divided into three worlds: the underwater world, the ground world and the aerial world of animals.

The aim of the task is to present one animal from each animal world, which through a slogan and supported statistical data explains which right is fighting for. The fish fights to reduce the amount of plastic particles in the water, the snail fights soil warming and the bird fights deforestation.

Their stories are presented in a series of three posters and three packaging, equipped with two distinctive elements used by Beuys: a stamp and felt (which symbolically suffocates three living beings).