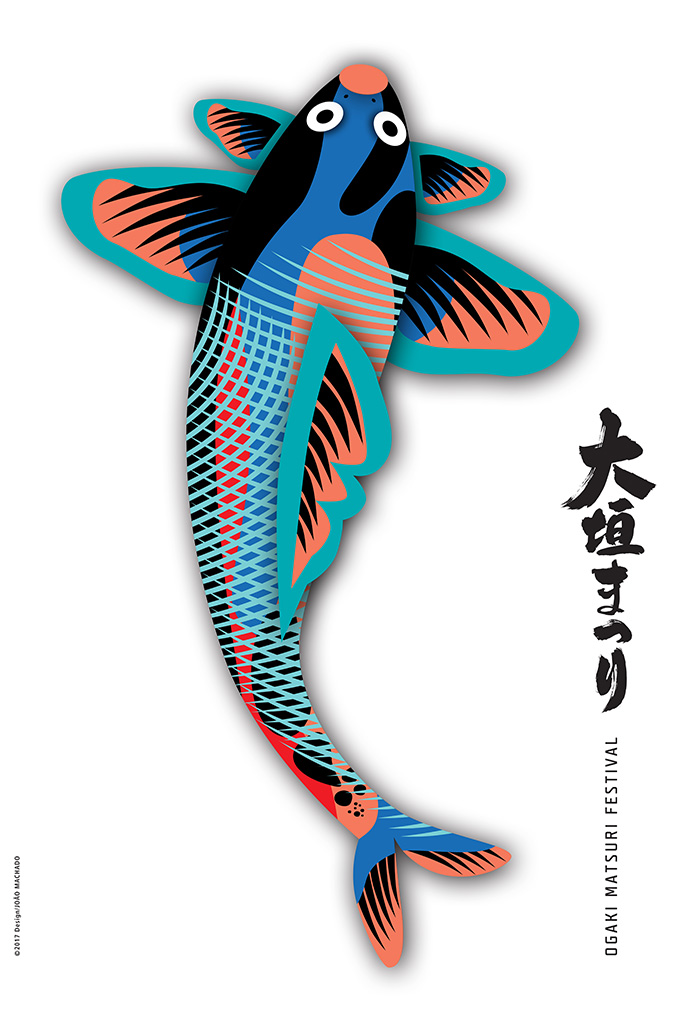 This project has been requested by the organization of the Ogaki Matsuri Festival, Japan, which traditionally celebrates the arrival of summer in Japan

My approach to this poster fell on some of the topics suggested by the organization itself, regarding Japanese traditions and beliefs. My choice was immediate: The carp. It’s a fish that assumes several mythical meanings in Eastern culture. It is a sign of good luck, virility (blue carp) wisdom and endurance. The legend tells that the carp to spawn, had to reach the source of the river Huang Ho (the Yellow River that cuts China). The fish had to swim against the current, overtaking waterfalls to the Jishinhan mountain. The one that reached the top would become a dragon. Because of this belief, it is believed that the carp in uphill position means strength, courage and determination to achieve goals and overcome difficulties.

The poster decorated the main streets of Ogaki during the period in which this festival took place. Limited editions of serigraphs were also produced on the genuine Mino paper.