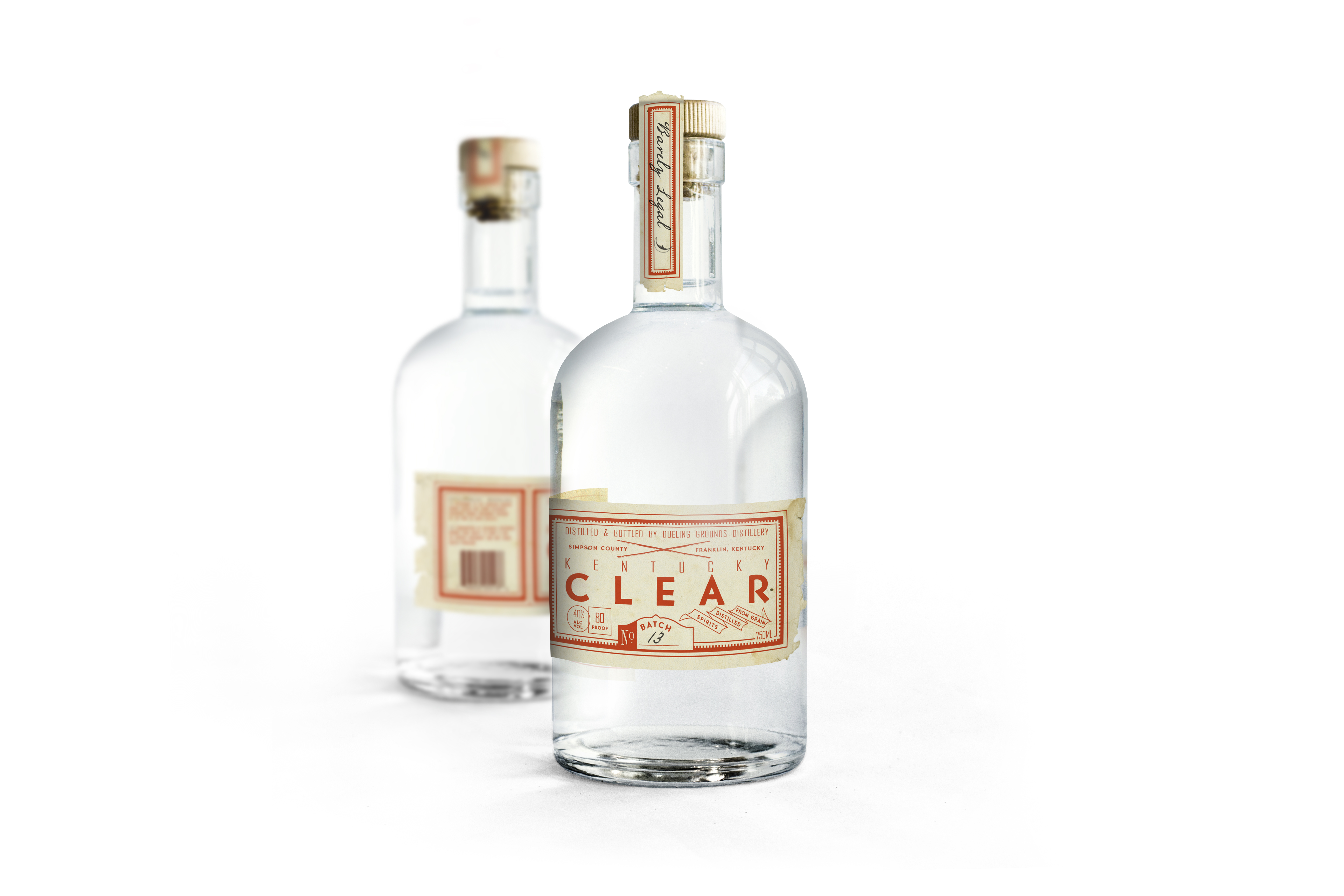 Dueling Grounds Distillery in Franklin, Kentucky, is located in one of the last places in America where it was actually legal for gentlemen to settle their differences the old fashioned way: Twenty paces, turn and fire.

“September 22, 1826: Representative Sam Houston of Tennessee severely wounded General William A. White in a pistol duel near Franklin, Kentucky, over the patronage political appointment of the Nashville Postmaster.”

Not a country music fan? You’ll soon know Sturgill regardless. Featured recently in Rolling Stone and Garden & Gun, Sturgill’s a game-changer who made his television debut last summer on Late Night with David Letterman.

But even successful music business execs need a retirement plan, so Marc and his wife Anne who live in Franklin, Kentucky, came up with the idea for a Kentucky craft Bourbon distillery and named it Dueling Grounds.

Bourbon must be aged in the cask three years, but in the meantime Marc needed a distilled product he could begin marketing at once – and the idea for Kentucky Clear was born. By law, this kind of grain-based distilled clear spirit doesn’t even need to be aged three days before it’s sold, hence the cap label “Barely Legal.” Basically it’s government sanctioned illegal moonshine.

BOHAN Advertising was totally immersed in this project from day one. We counseled Marc on the bottle design and the name of the product, we created the brand story, sourced bottles, designed the logo and bottle labels, and created and hand-produced the promotional boxes in which the company’s Kentucky Clear moonshine spirits would be presented to distributors – and to key influencers like the South’s best bartenders and clubs, editors at Garden & Gun, etc.

Also inside the box we included a commemorative set of pewter shot glasses to play off the Dueling Grounds name – and the Kentucky Clear moonshine experience - as soon as the box was opened. Appropriate to the brand’s dueling heritage theme, those shot glasses are labeled “Shot 1” and “Shot 2.”

The packaging was created by BOHAN with the single-minded purpose of helping Marc sell his product in distributors that would in turn get him placement at retail. The initial order was for only 15 units. On his very first sales call however, his product was readily accepted by his #1 target, the largest liquor distributor in Kentucky, assuring distribution in a far wider area than he ever anticipated.

It didn’t take long for Marc to realize that with packaging, including the box, he now had something he could sell at retail for far more than he could get for just the bottle itself. He’s now sourcing boxes from China in lots of 500 (which must each still be printed and produced by hand, right there on the Dueling Grounds in Franklin, Kentucky). Marc has now asked us to create packaging for three new products including Kentucky Sunshine (flavored with botanicals of lemongrass, orange peel and spearmint) and Kentucky Winter with a flavor profile including cinnamon, nutmeg and vanilla, aged in oak casks.

By the end of the year, production will begin for the flagship product, Dueling Grounds Kentucky Bourbon. It looks like the time for Marc to give up his day job is finally here. About time – it only took 189 years.