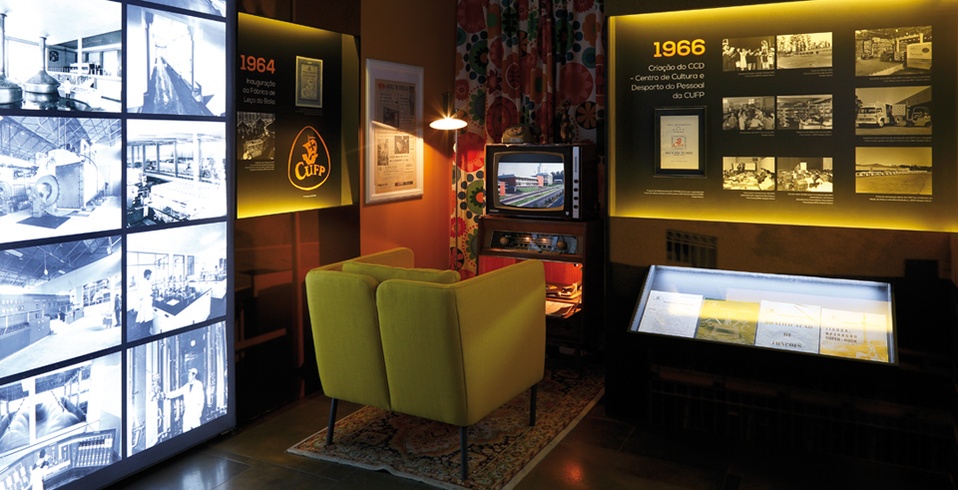 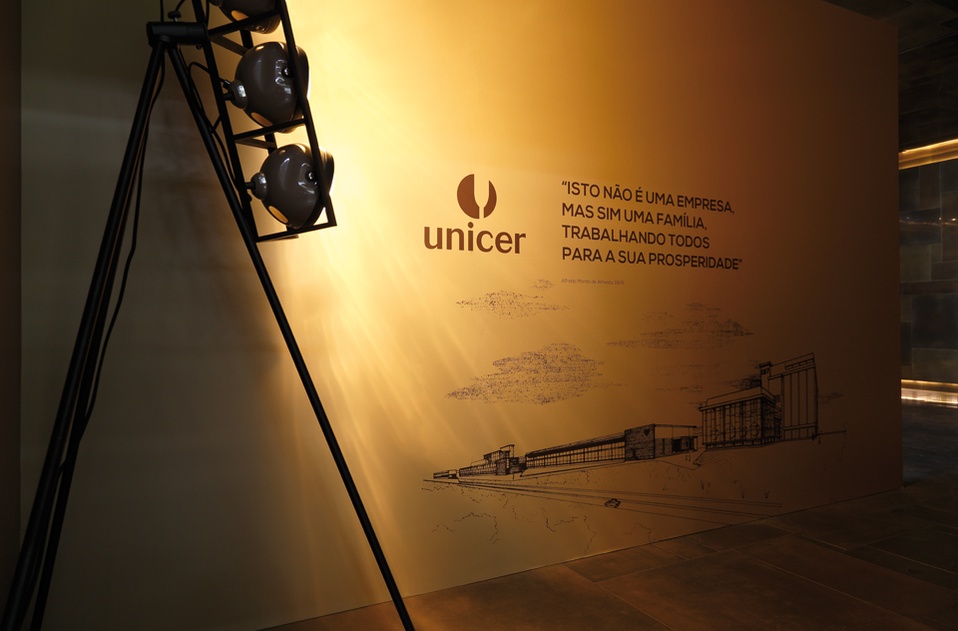 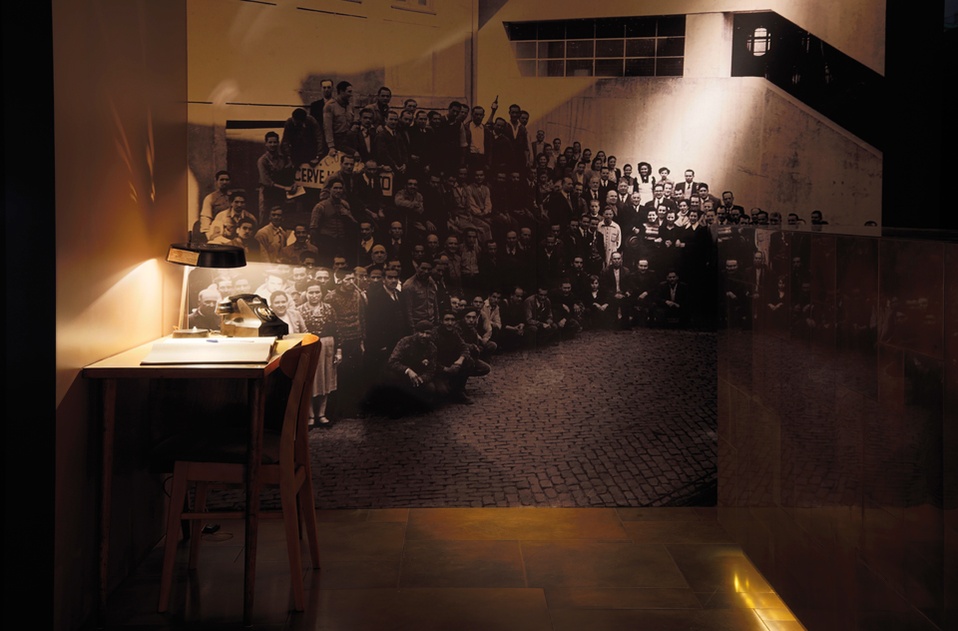 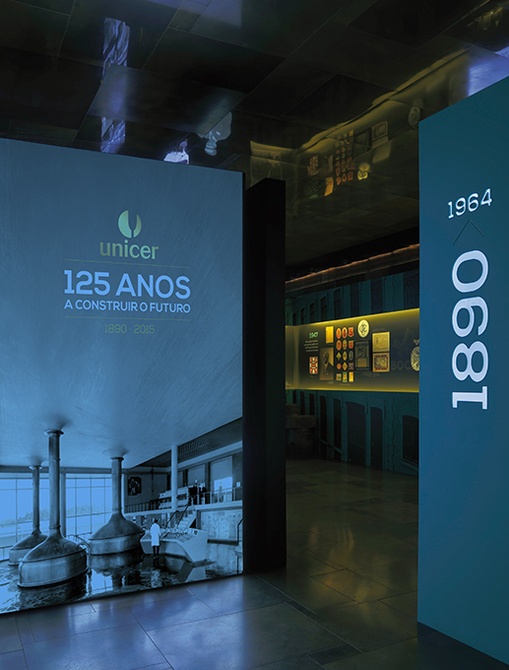 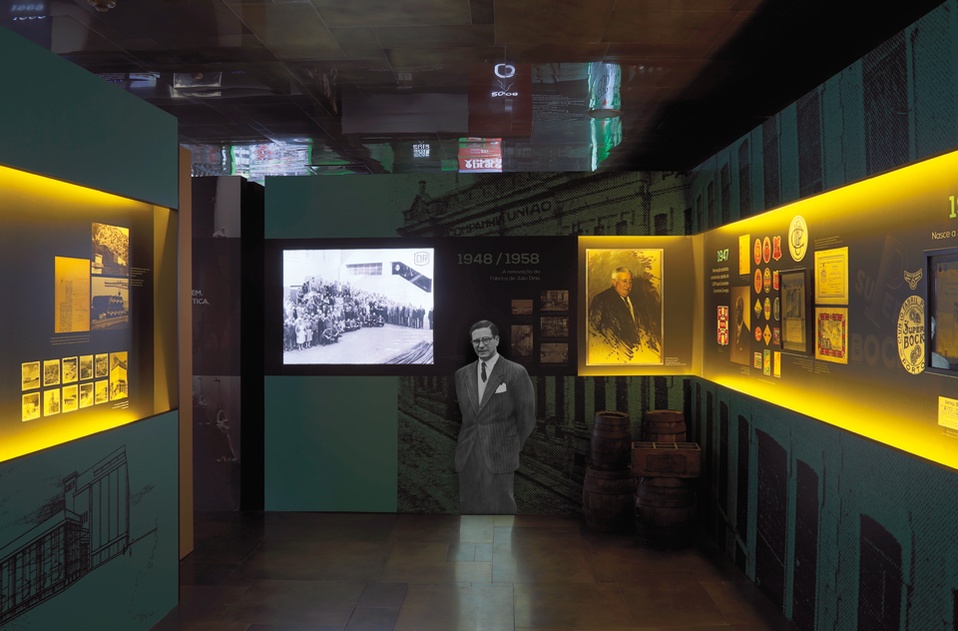 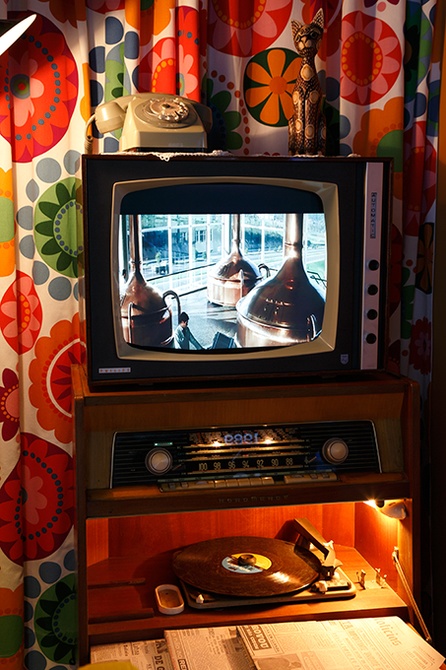 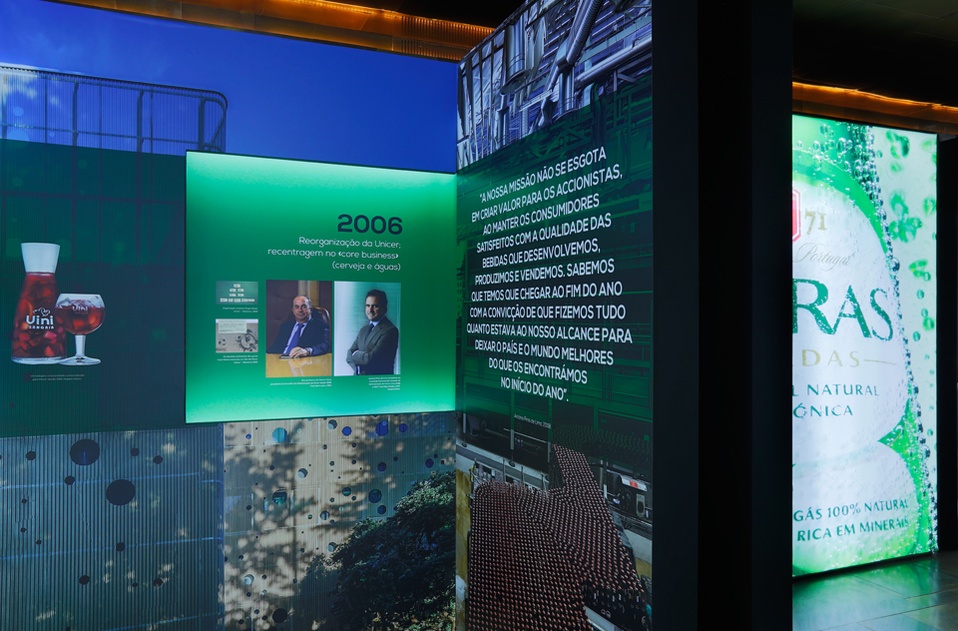 The "125 years building the future” exhibition to celebrate the 125th anniversary of Unicer, the largest Portuguese drinks manufacturer, which belongs to the Carlsberg company, was fully designed by the Omdesign advertising agency.

A “maze” was created, transporting visitors from 1890 to 2015. The maze is made up of several spaces laid out in chronological order and decorated in the style of the different periods, reflecting the past and the present and projecting the future of the company, which is now present in several countries on the five continents.

All of the settings, lights, films, music and items selected for the exhibition were carefully chosen, accompanying the changing times and recreating the periods in question.

As you go through the space, you can learn about the history and progress of the company over the years, from its foundation in 1890 to the present day. A prominent place has also been set aside for the people who were fundamental to the various phases the company went through during its 125 years in business and who actively contributed to the success of Unicer in Portugal and in the world.

This exhibition also holds a wealth of stories, interesting facts and advertising campaign pictures about the different brands that make up Unicer’s vast portfolio, as well as some old objects. The main events that indelibly marked the company and its brands are always highlighted.