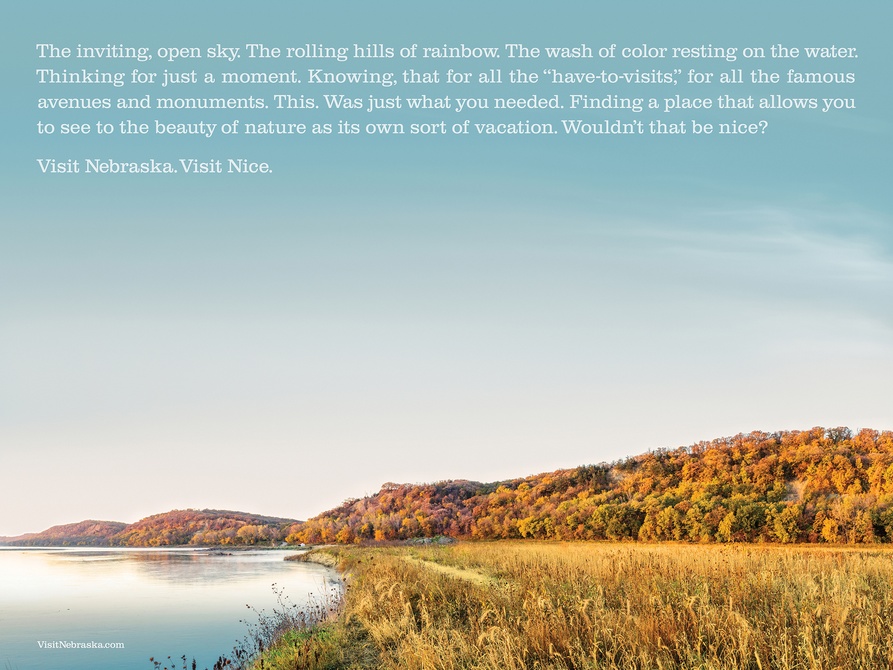 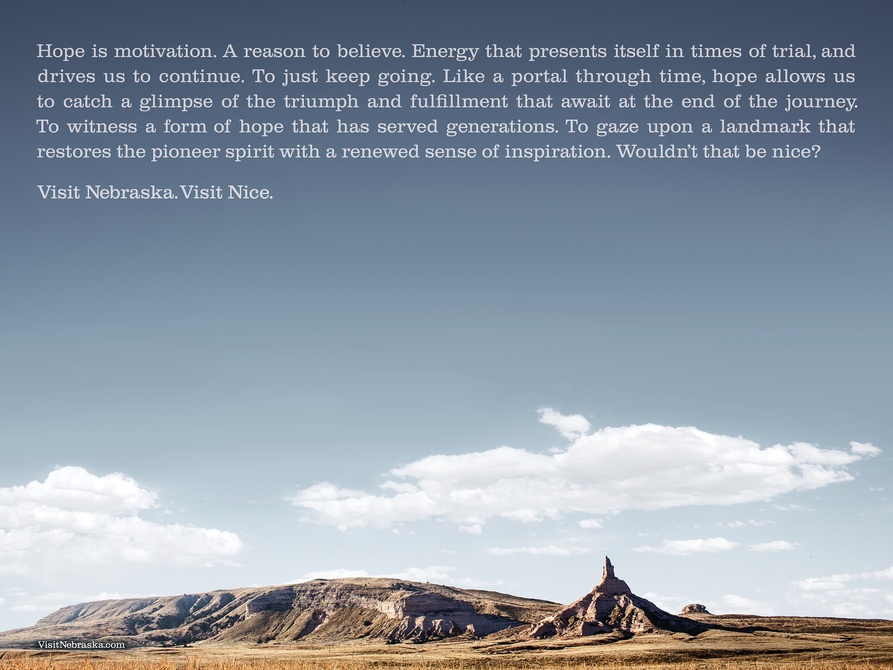 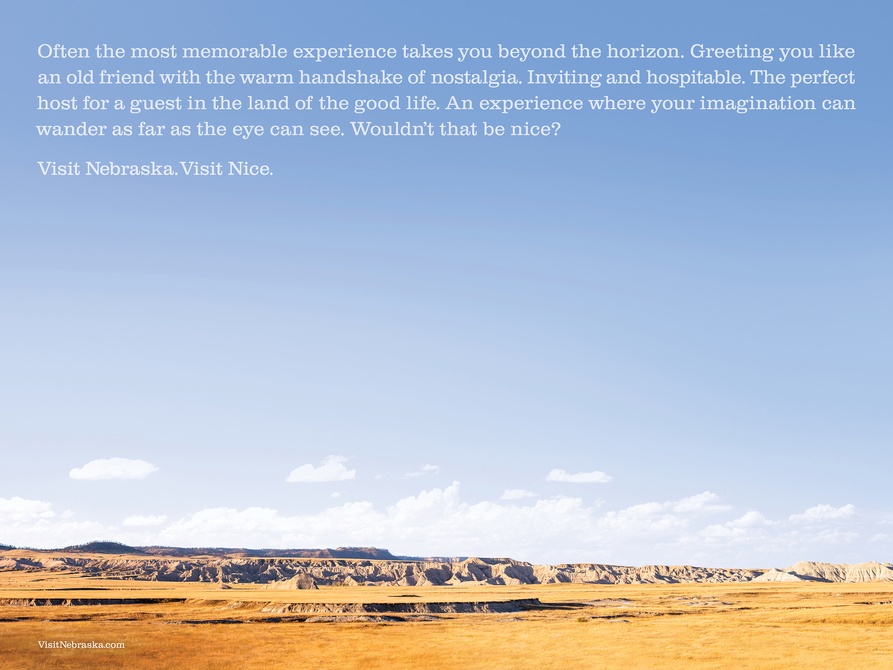 “Visit Nebraska. Visit Nice.” is the newest campaign created to support tourism in a state that promises special moments in a surprisingly beautiful land. Each poster contains a narrative that paints the picture of a unique experience waiting to be discovered. The target audience for this poster was history enthusiasts.

The campaign was constructed to instill the sense that there is a genuineness to the Nebraska experience. After all, one of the things that is “nice” about the state is that it’s free from the commercialism that typically accompanies popular tourist attractions. Chimney Rock, a national landmark in Nebraska, guided the pioneers as they headed west on the Oregon Trail. It was a symbol of hope. Toadstool Geologic Park and Ponca State Park offer landscapes that are so unexpected in Nebraska.

Advertising in various mediums resulted in a massive lift of exposure for Nebraska’s Tourism offerings with every call to action being to go to VisitNebraska.com. Once there, visitors were directed to request a Nebraska Travel Guide. All of the state’s travel guides were distributed and more had to be printed to meet demand.