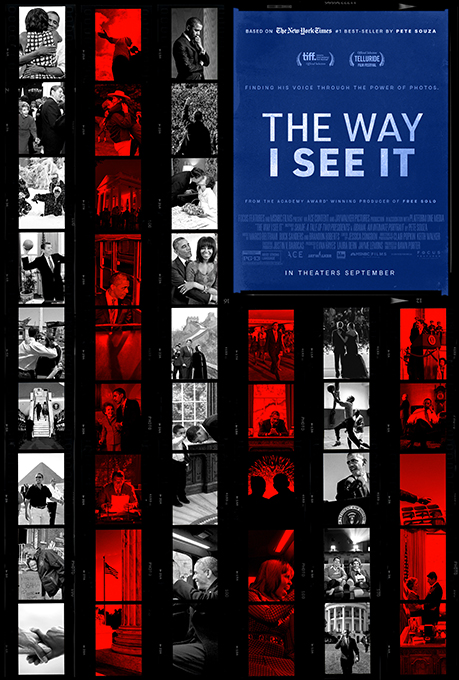 Using film strips in the form of an American flag, and showing the images of each president side-by-side, we were able to reflect the intentions of Souza and the filmmakers to focus on the humanity of the office and the photojournalistic journey to uncover the people behind the curtain.

The filmmakers wanted a secondary image to release closer to the documentary premiere. The flag art was successful because it helped to preview the documentary’s unprecedented look behind the scenes of two of the most iconic Presidents in American History, Barack Obama and Ronald Reagan, as seen through the eyes of Pete Souza.