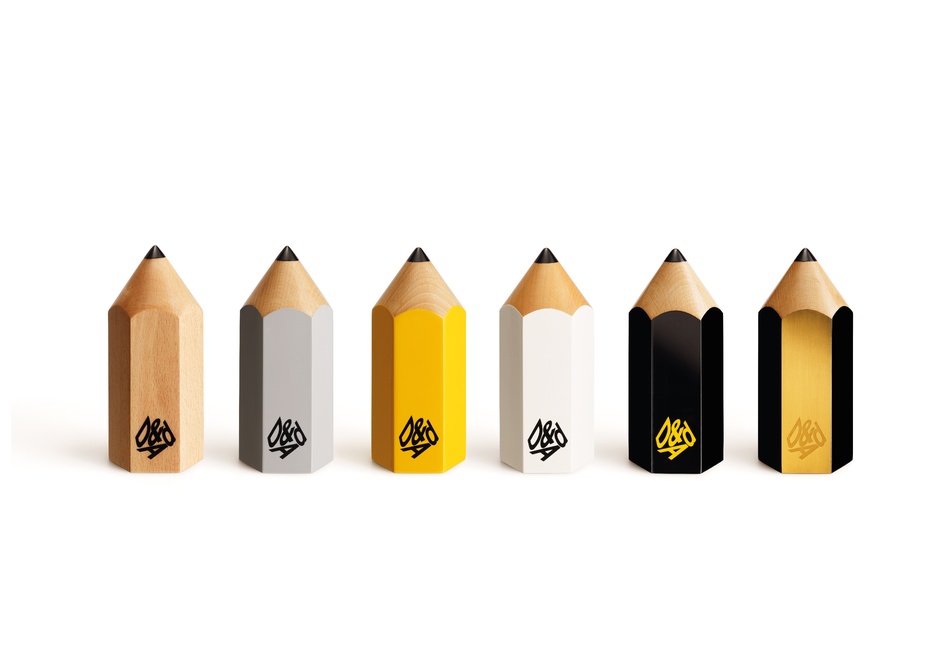 D&AD is the most respected creative industry award to win.
The Yellow and Black pencils are industry icons. However the other award levels of "In Book" and “Nomination” are also award levels in their own right, but their importance is misunderstood and subsequently less valued than they should be. In other award programs they would be the equivalent of a bronze and silver award, the Yellow pencil is the equivalent of a gold award and the Black Pencil’s the best of show.

To celebrate the achievement of winning, actual pencil awards will be given out for these previously ‘un-awarded' levels.
But what should they look like? We needed to preserve the specialness of the iconic Yellow and Black pencil.
We needed to demystify the D&AD Award hierarchy and make a system that will last the test of time and align with D&AD values.

This new pencil award system preserves the specialness of the Yellow Pencil by adding new pencil awards in a neutral colour palette that keep the famous Yellow and Black Pencils as the heroes.

The two new pencils are in stages of preparation leading up to the Yellow pencil: Natural wood (previously 'In Book' Level) followed by undercoat (previously ‘Nomination' level). The new pencil awards are desirable objects in their own right.

The colours of the whole range have been simplified to make an easy to understand system. The Yellow pencil remains as it has always been and the Black pencil becomes the reverse colour scheme of it, creating a clear hierarchy where all awards are desirable. Yellow and Black are still the heroes. And they represent D&AD ’s values.