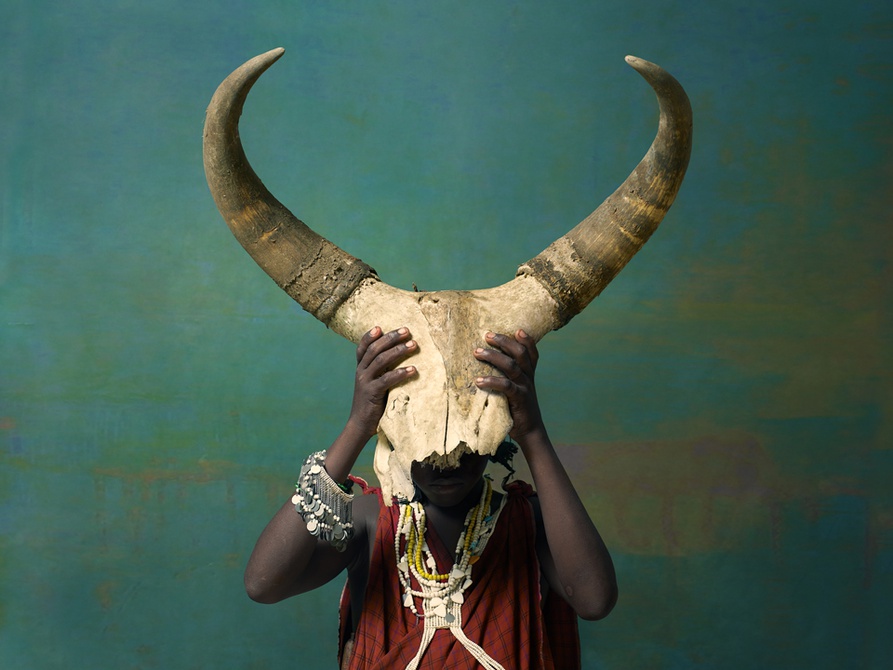 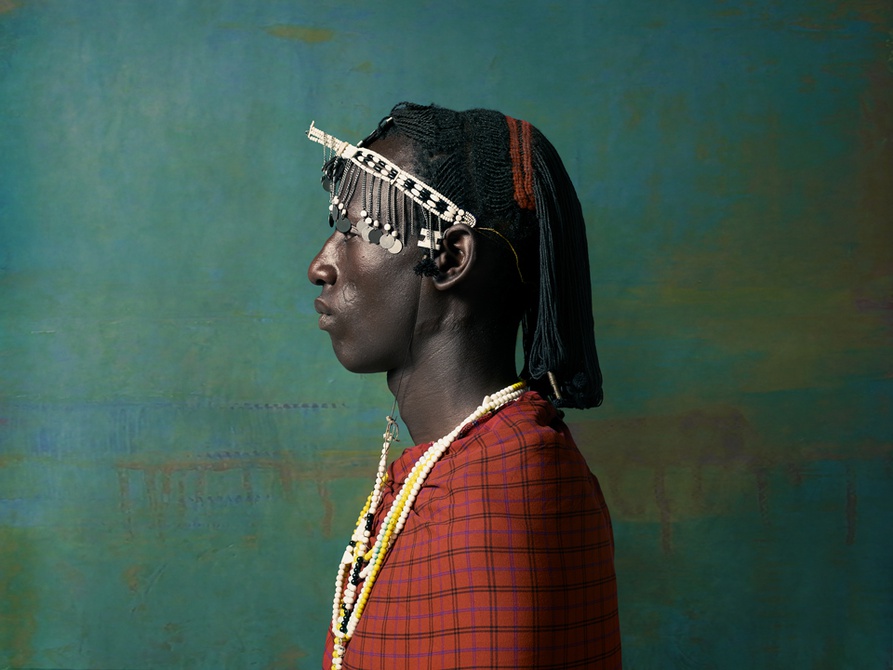 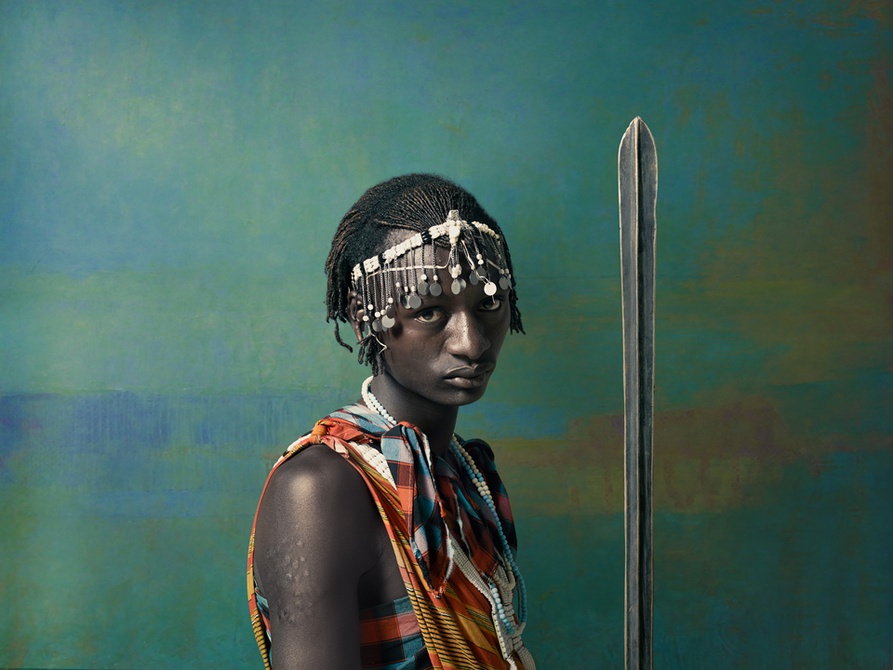 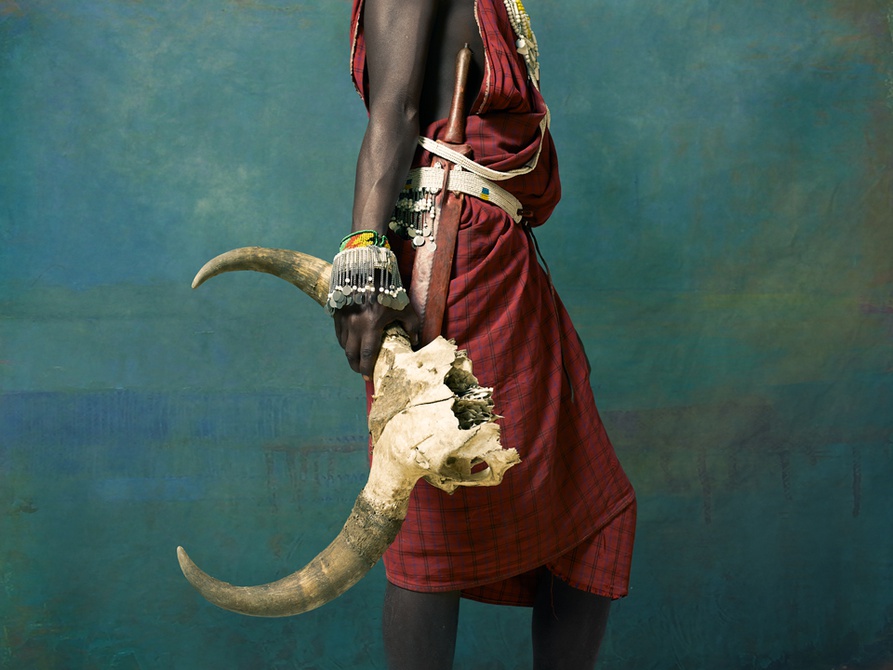 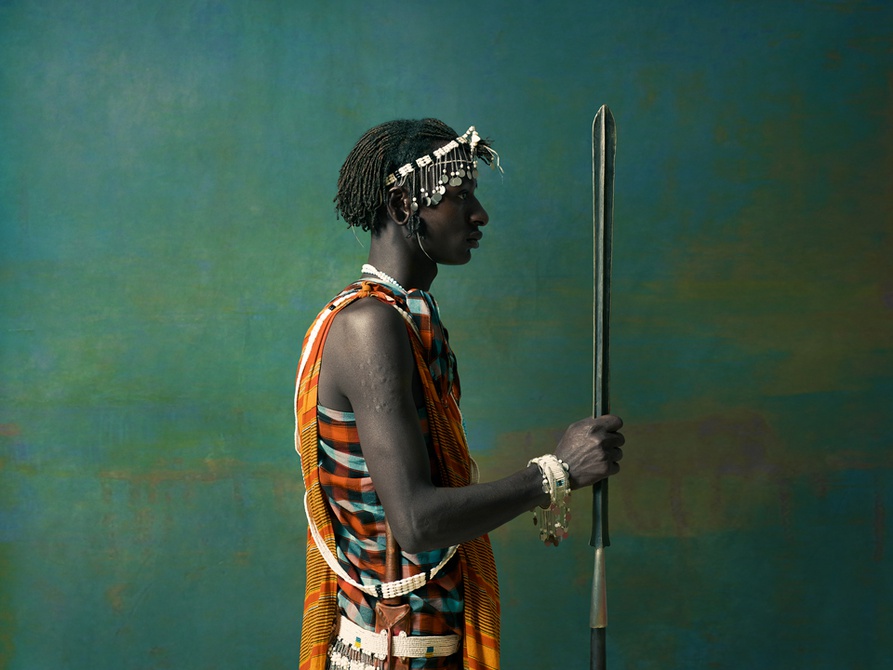 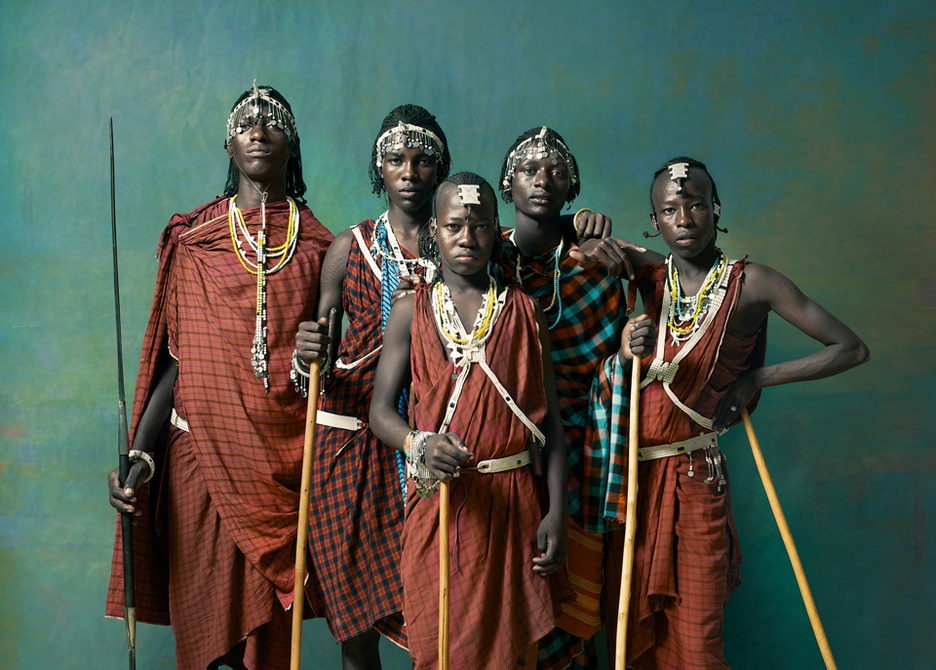 Maasai warriors, photographed in Tanzania for Smithsonian Magazine. The warriors are in charge of protecting livestock from predators and enemies. Since the Maasai is a cow culture, and wealth is based on the number of cows one has, being a warrior is a vital role within the community. To become a warrior, one must first be circumcised, the idea being if one can endure the excruciating pain of circumcision without flinching, one is brave enough to risk his life to protect their herds. Part of a new, larger campaign of portraits of indigenous tribespeople in Tanzania for Smithsonian Magazine.