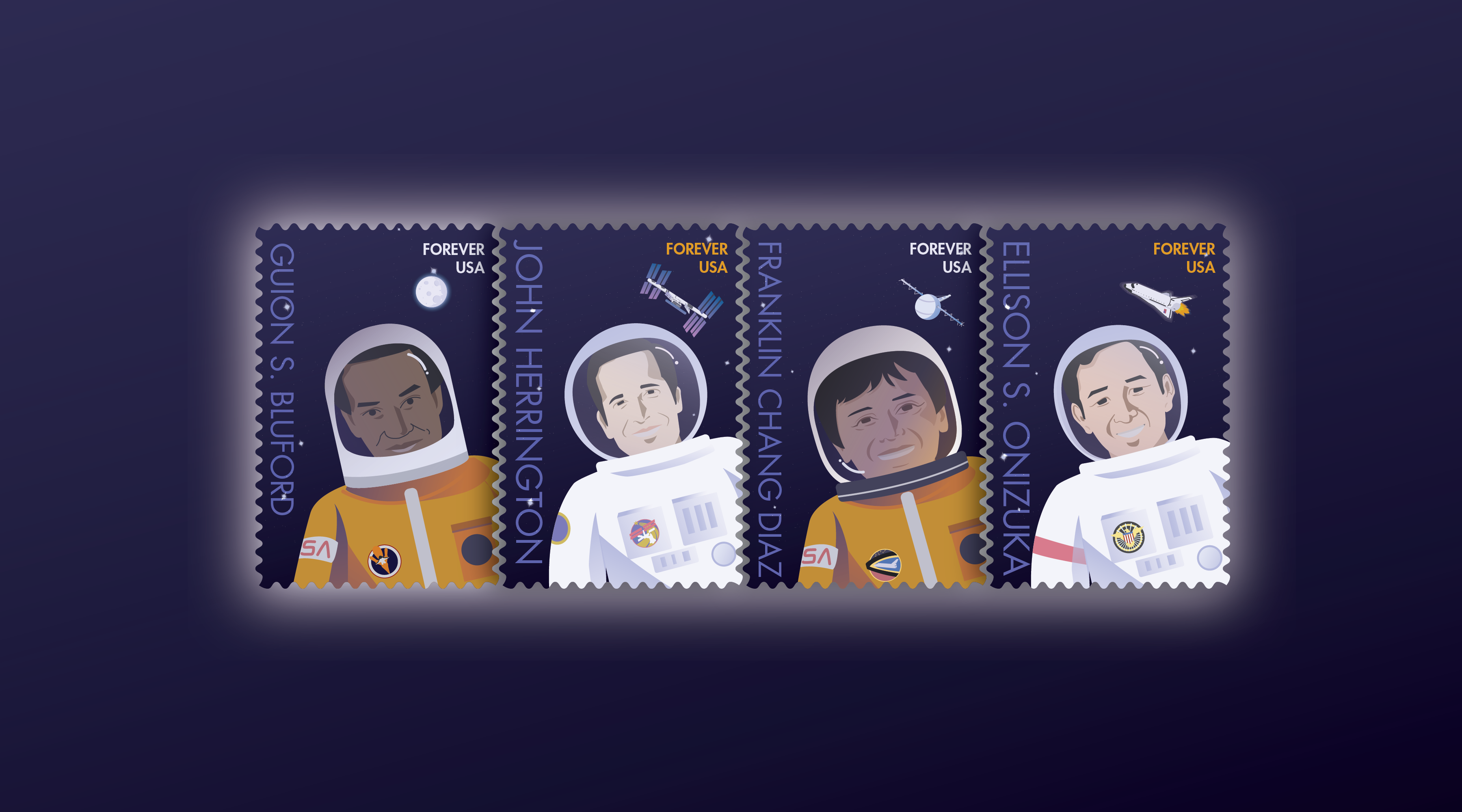 Design a US postal service stamp series featuring typography, and focusing on topics rooted in American history and culture.

Through hours of research, I was able to create a stamp series than just depicting the faces of the astronauts. I researched their first missions, and what they do, so I create small illustrations of some space objects and placed by the astronauts.

Overall, this stamp series celebrates the astronauts and their achievements!