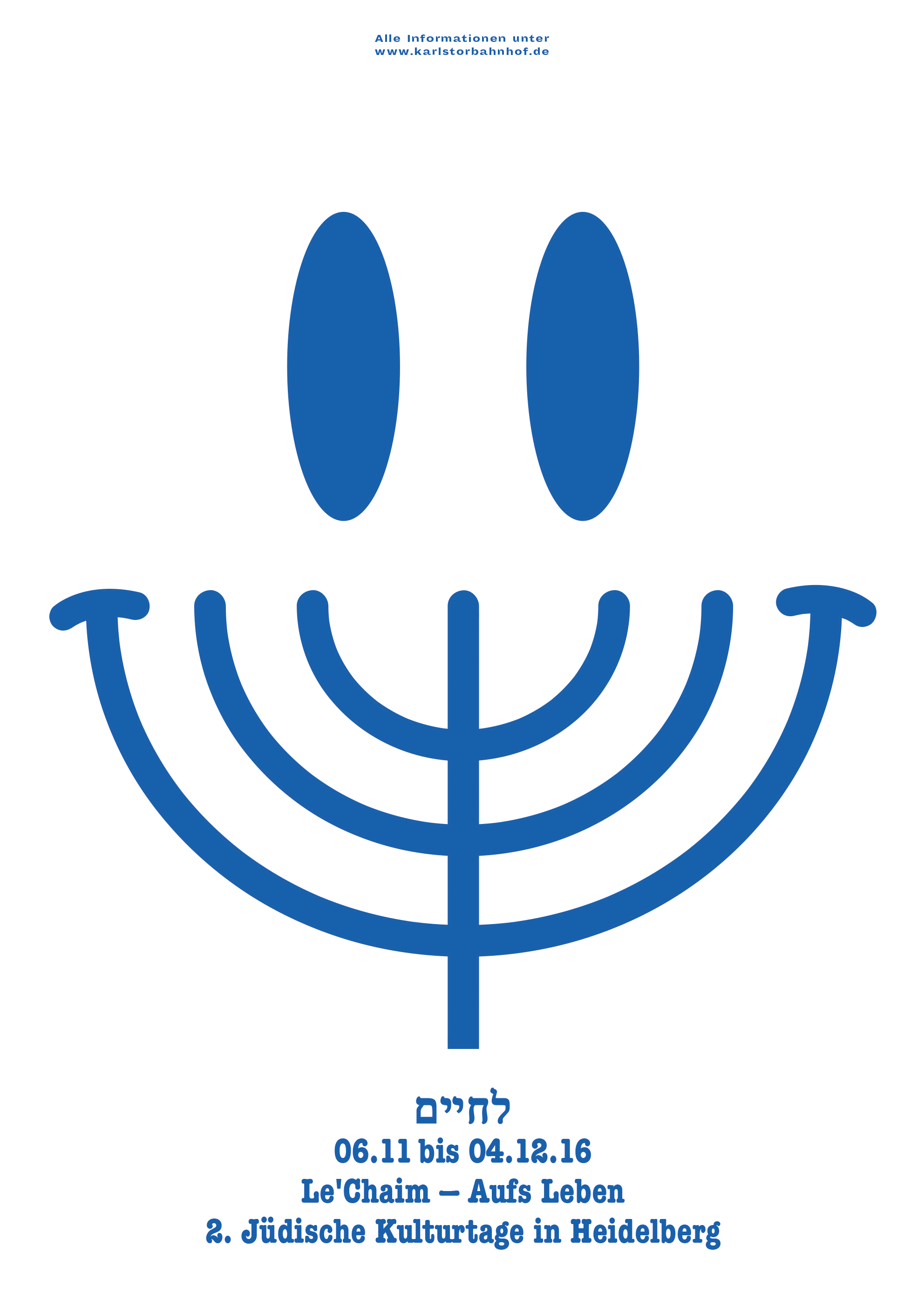 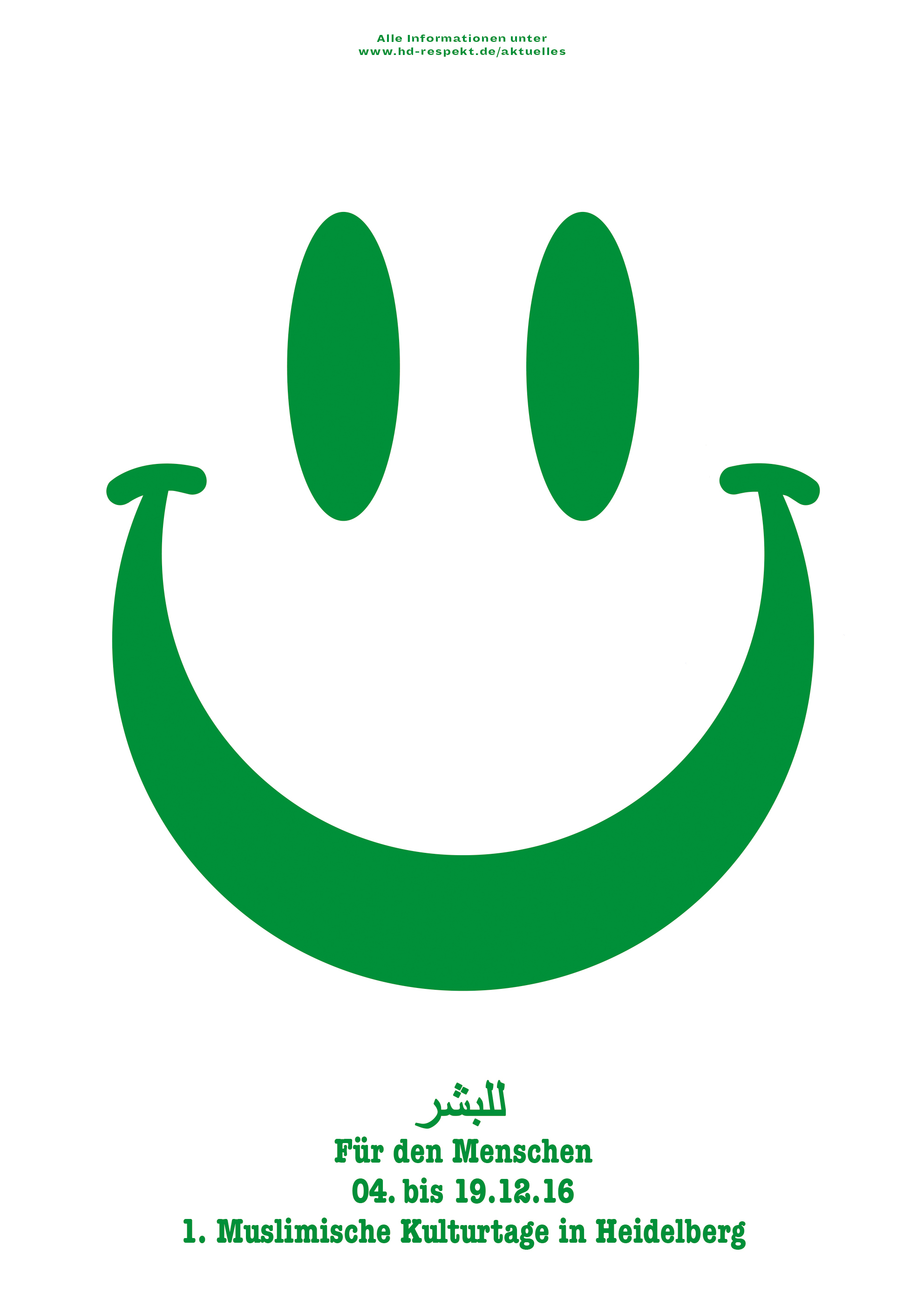 Posters, Catalogues for Muslim and Jewish Culture Days in Heidelberg

We are capable of overcoming hardened fronts. Often though a signal of willingness to reconciliate is necessary in order to inspire the process of settlement. A blank surface serves as the foundation for a graphic, visual encounter of two disunited parties. Thus, if possible, the design can send an impulse, which contributes to overcoming conflict and turmoil. Green represents the Muslims, blue the Jewish, and a soft pink tone, in which different motifs are laid over the main motifs, represents the will to overcome conflict. Thus, a layer of togetherness is superimposed that symbolizes such an approach.