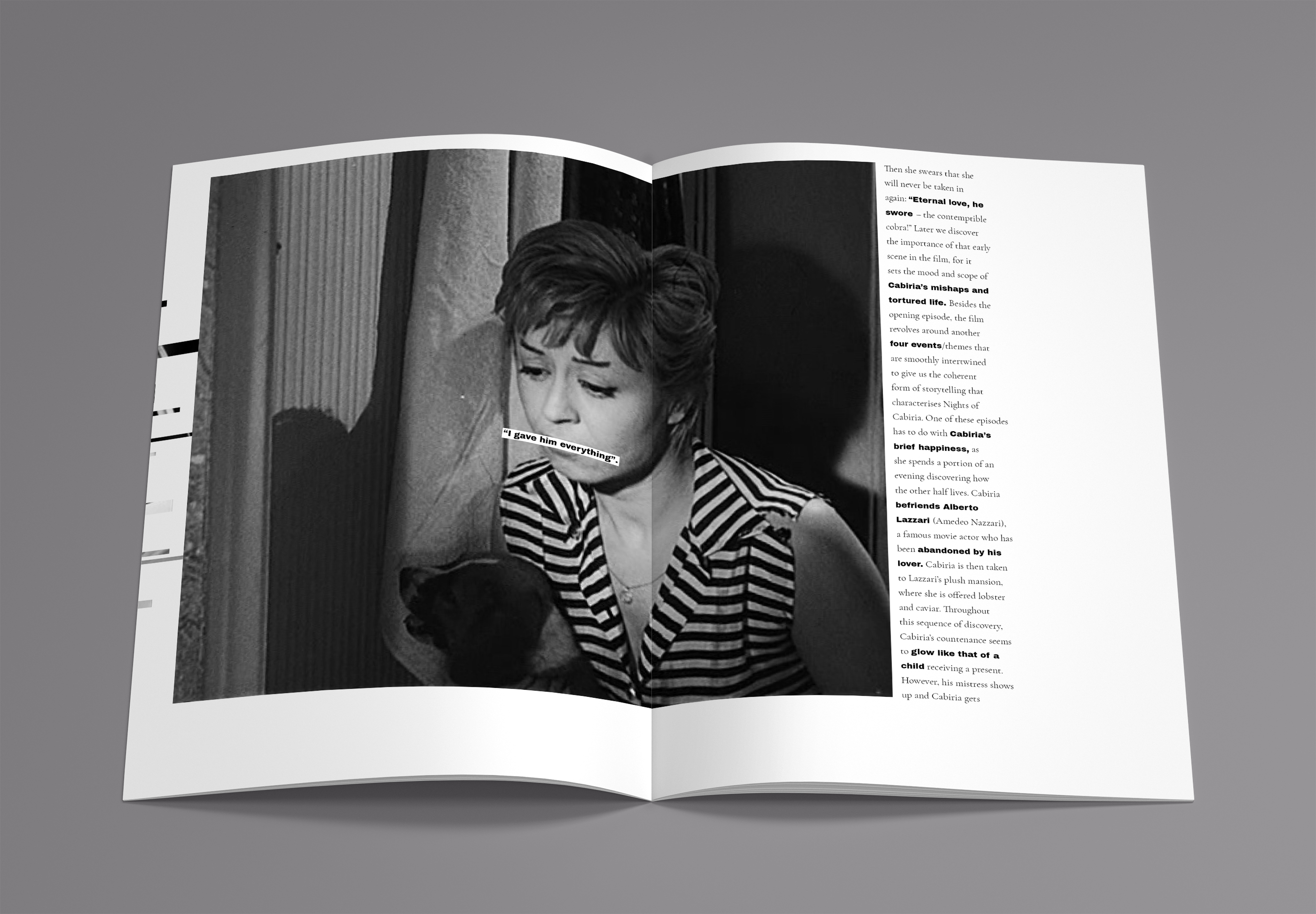 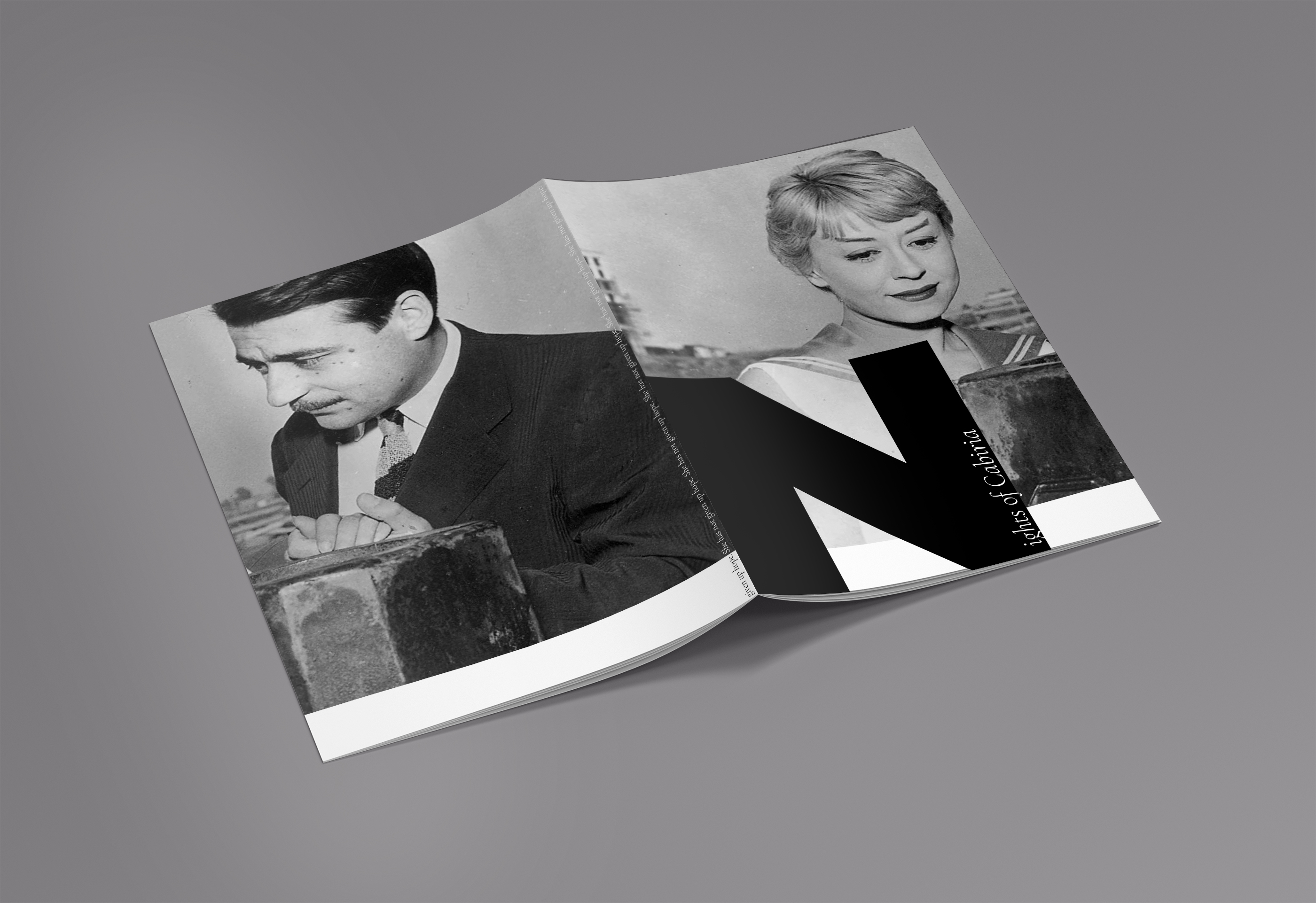 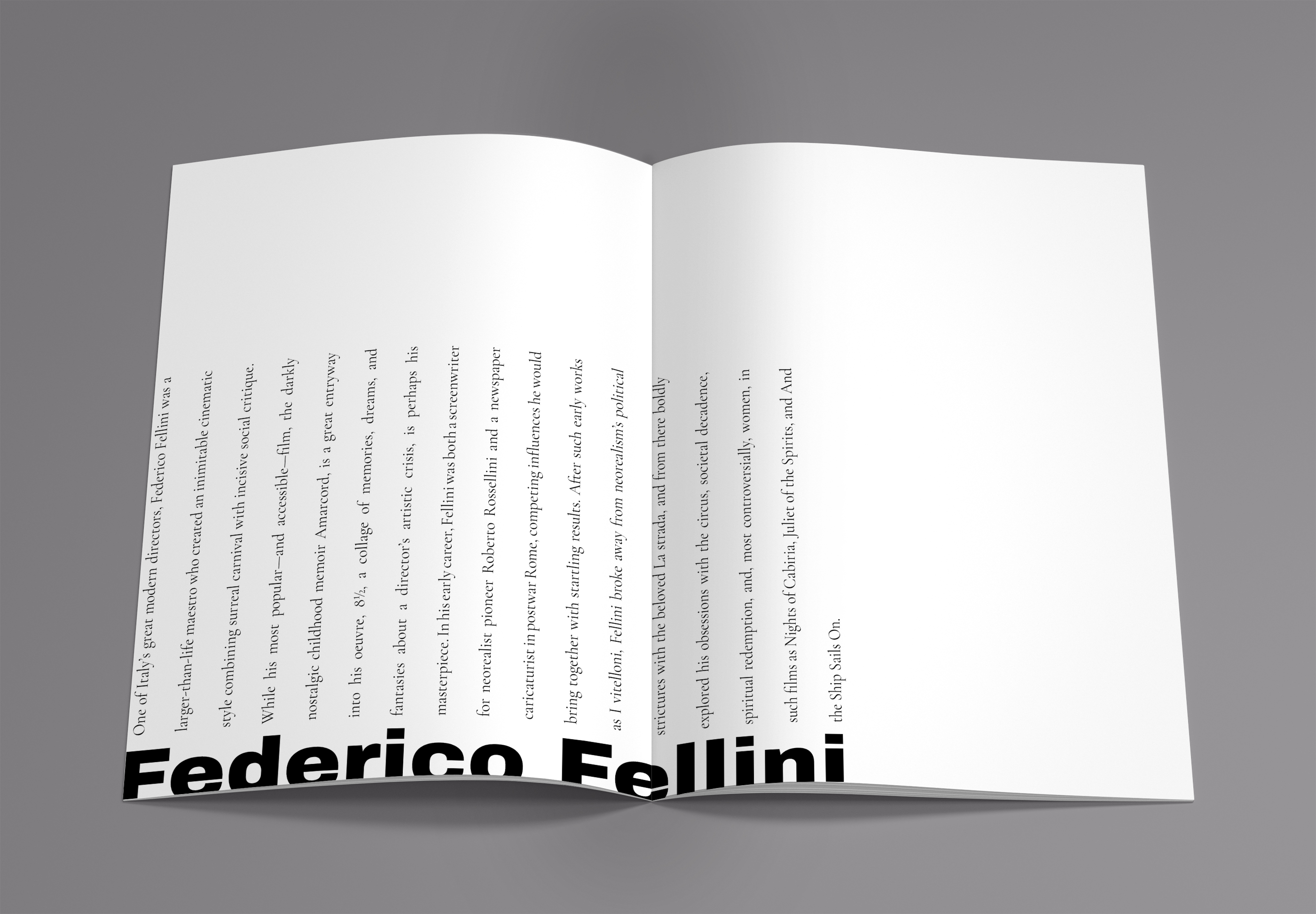 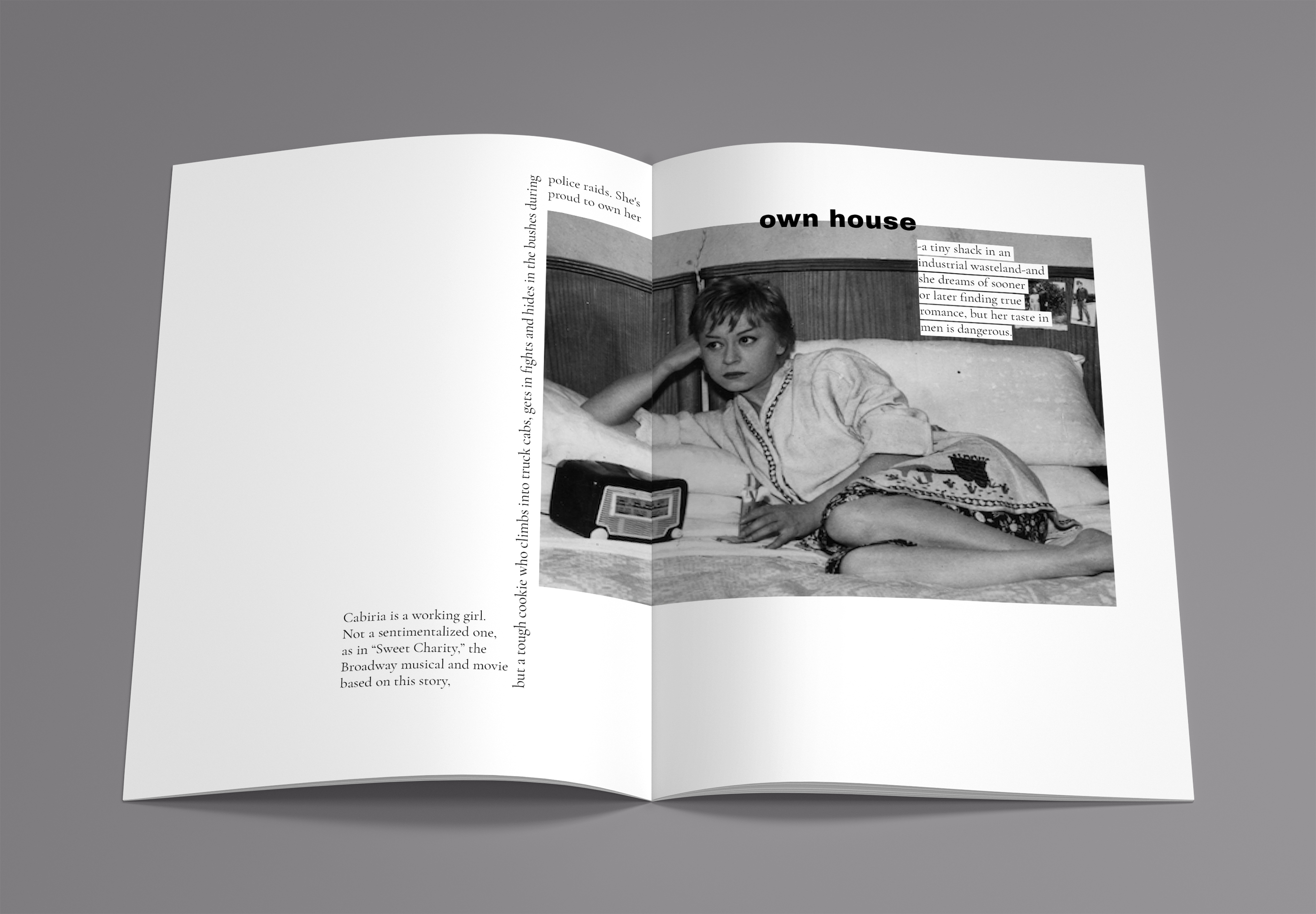 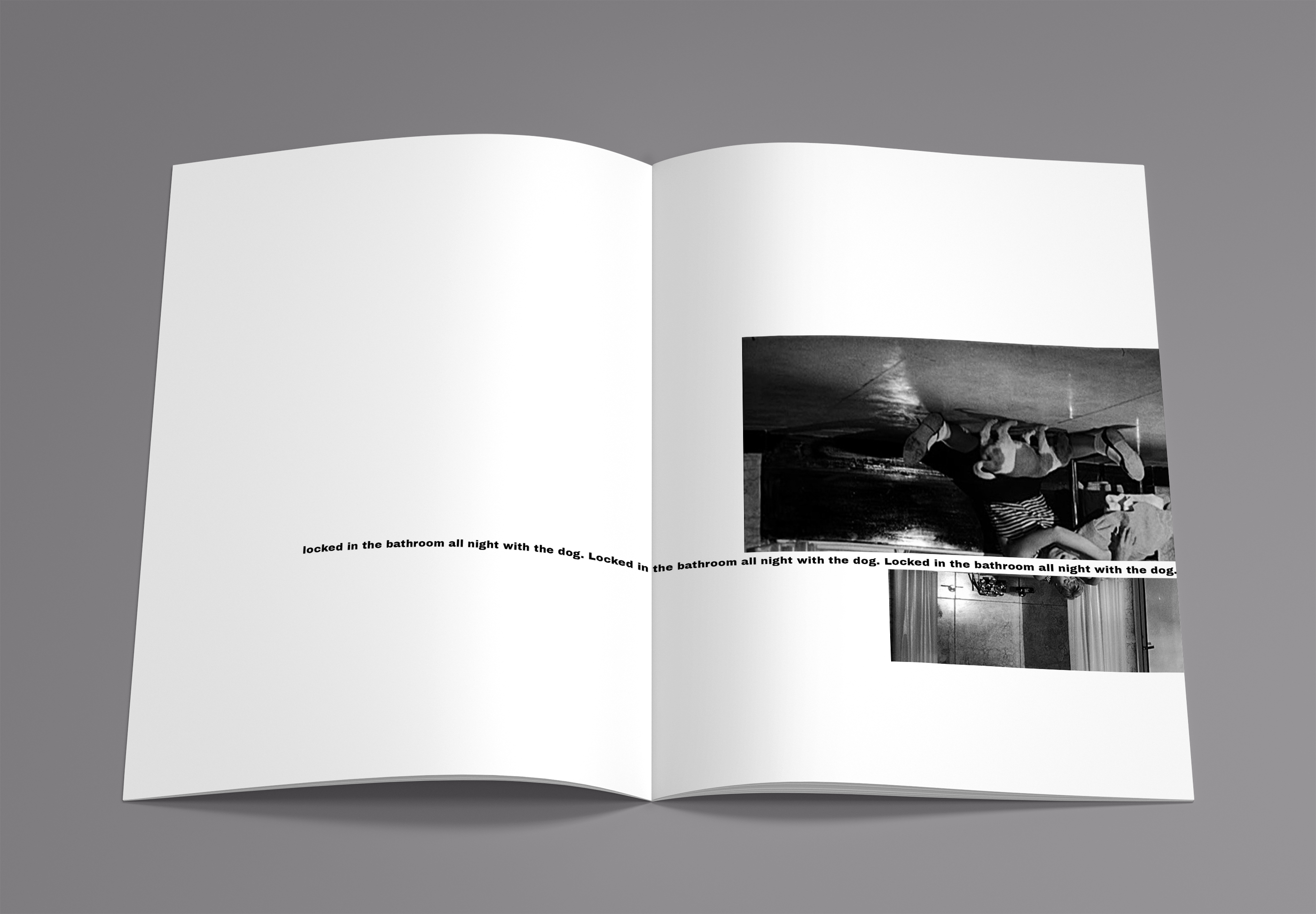 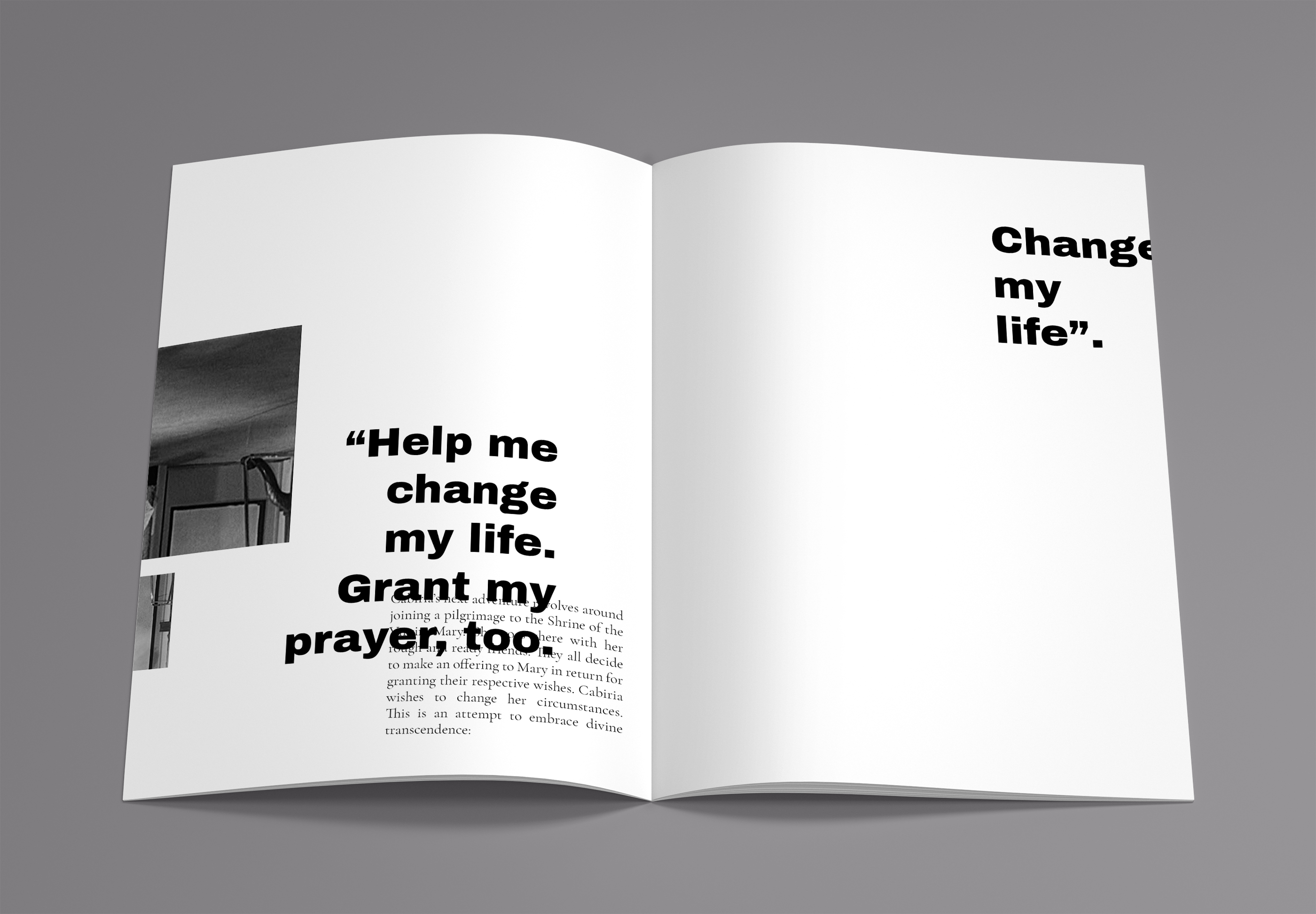 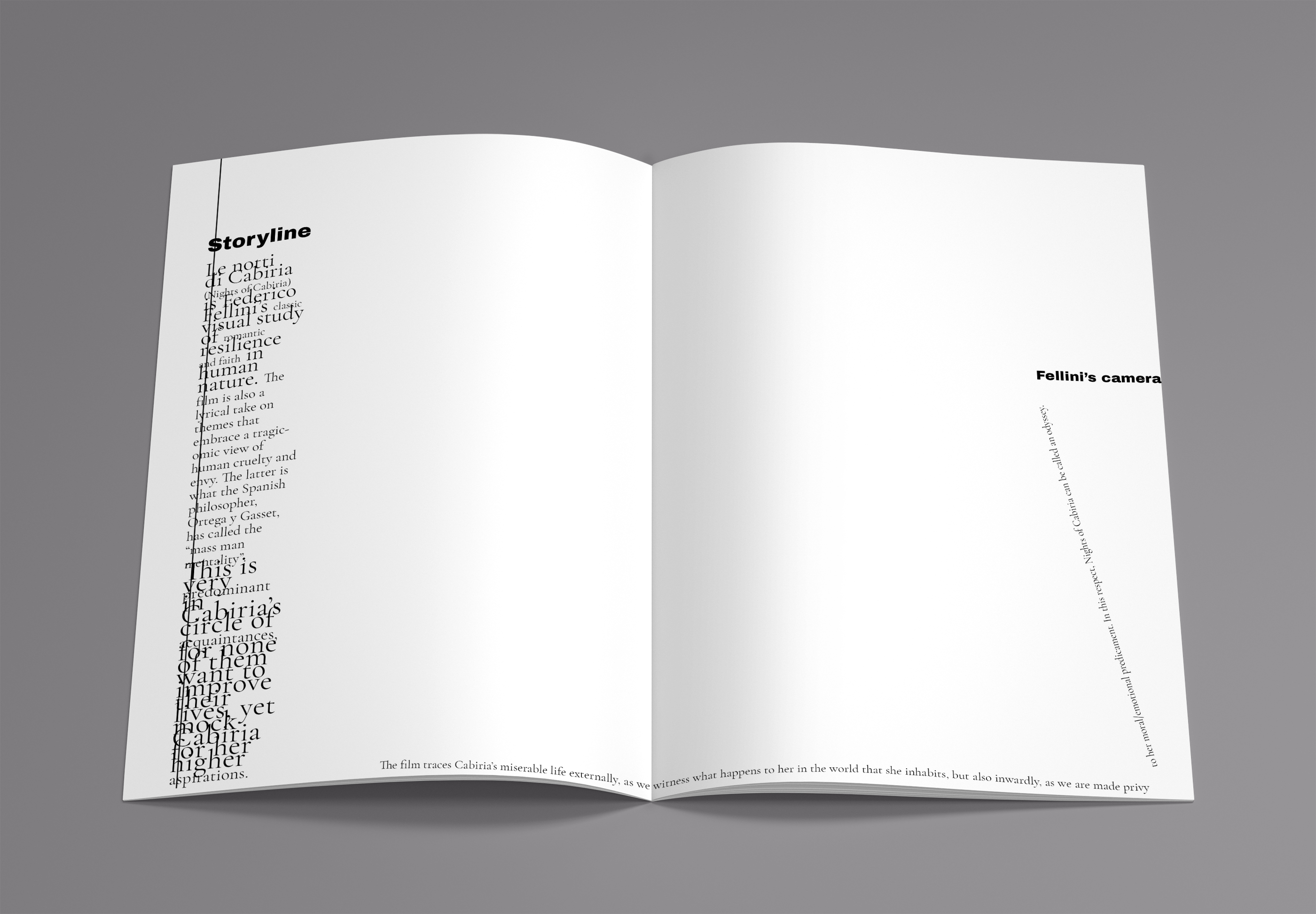 Graphic design of a film booklet to mark the 100th anniversary of the birth of Federico Fellini, an Italian filmmaker.

The booklet entitled Nights of Cabiria was created as part of the subject Graphic Design on the occasion of the 100th anniversary of the birth of film director Frederic Fellini. It includes a short biography of the author, basic information of the selected film and its content. The film Nights of Cabiria talks about a naive prostitute Cabiria who again and again falls unhappily in love with men as they always deceive and disappoint her.
The story is shot linearly as it shows only a part of her life. For this reason, the booklet is designed in a way so that the text is concluded throughout the booklet, that means it connects and continues at the point where the previous one ended. This shows the continuous path of life experienced by the character of the main actress. The text describing the actress ’unfortunate events is highlighted, placed outside the vocabulary, or standing alone. The booklet also contains photos from the film, which are designed as part of the content.

The result is an experimental film booklet entitled The Nights of Cabiria based on the content of the film and dedicated to this film created by Federico Fellini.