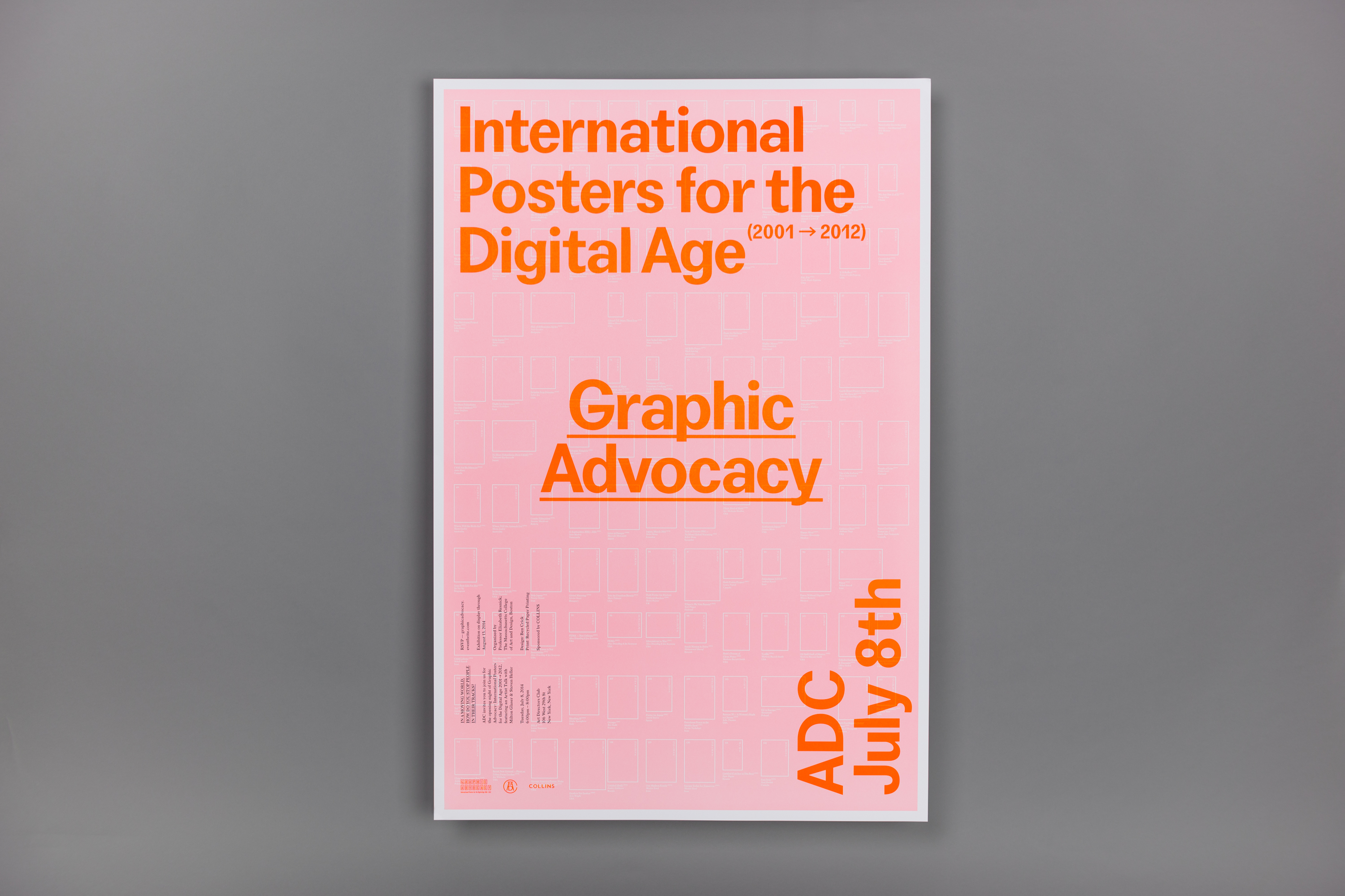 We were approached by The Art Directors Club to produce event and promotional graphics for their upcoming show Graphic Advocacy: International posters for the Digital Age 2001-2012. In looking at the catalogue of posters to be exhibited, we found that there was a huge diversity not only in subject of the posters, but also in provenance, size, and authorship. We felt it was important that this diversity be the hero of graphics — but we did not want to give away the posters themselves, or emulate their style.

In the end a simple info-graphic became the system’s driving force. Each of the 122 posters in the exhibition were stripped of their graphics, left with just their most basic information, and laid out next to each other on a grid. The different sizes, titles and origins of each blank poster is both captivating and intriguing, hopefully driving people to the exhibition to fill in the blanks.

This idea was reproduced over a number of touch points including online, event graphics, and a limited edition poster (of course!).