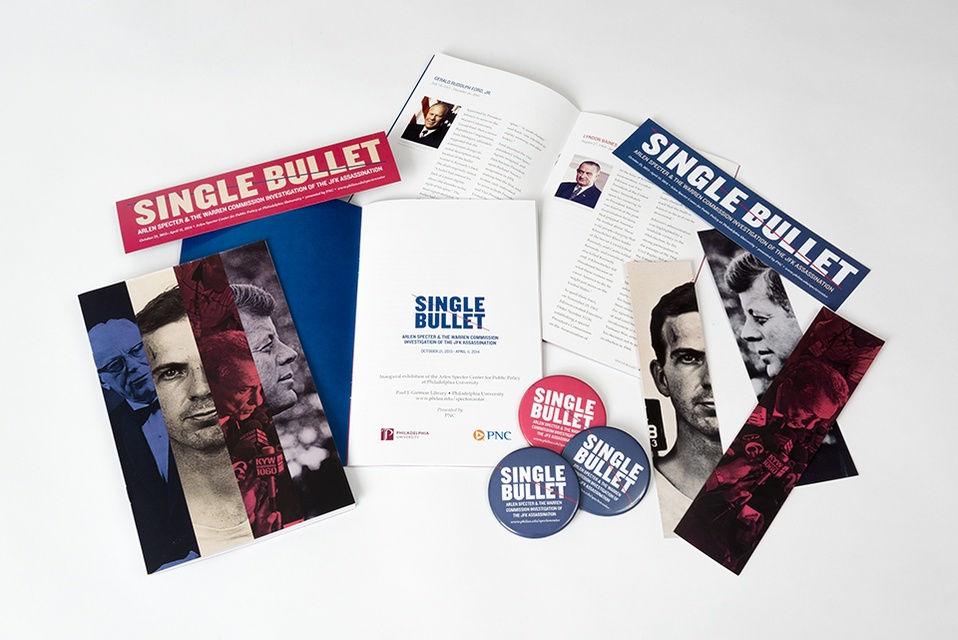 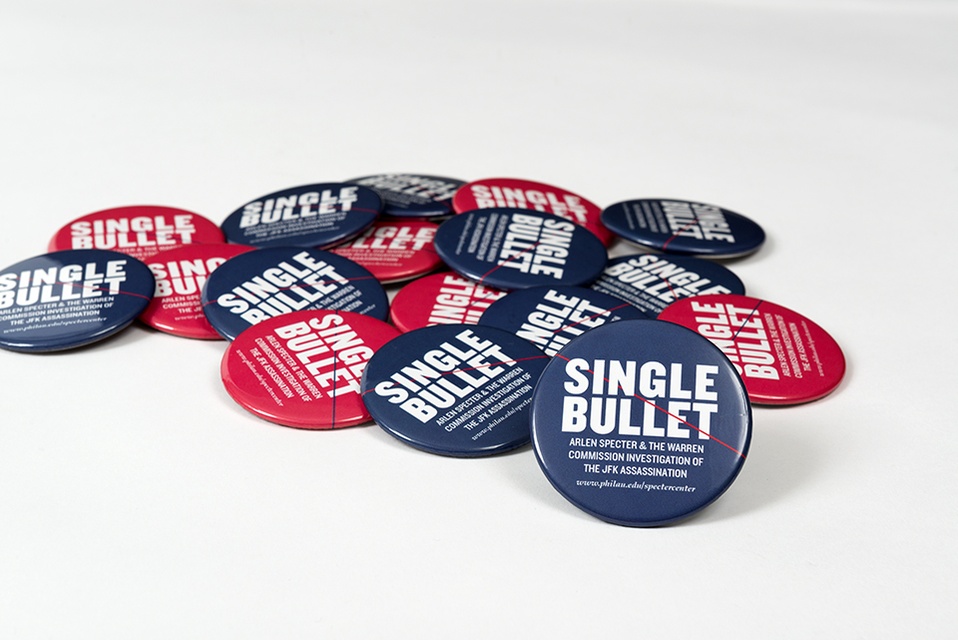 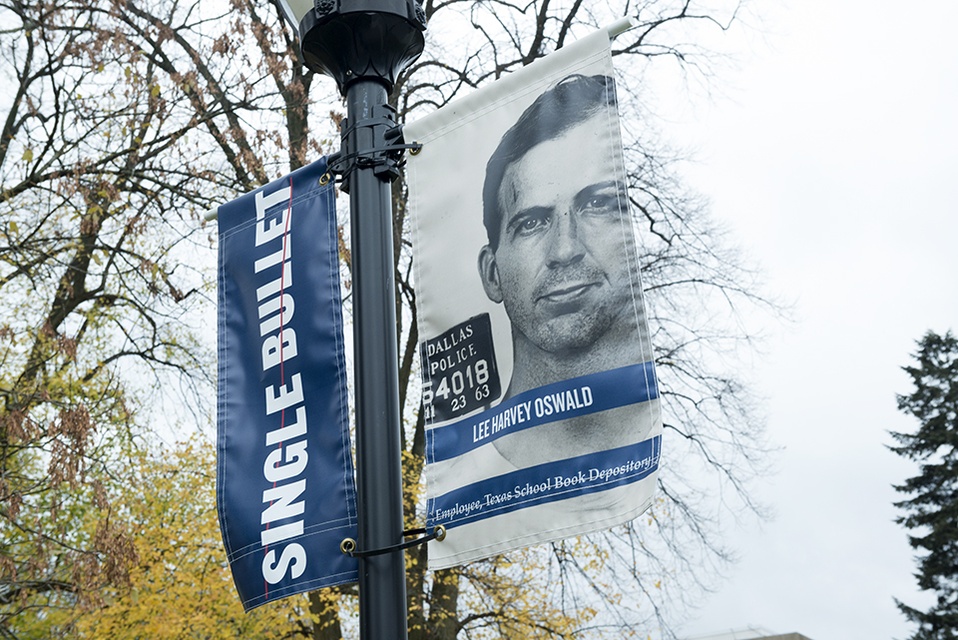 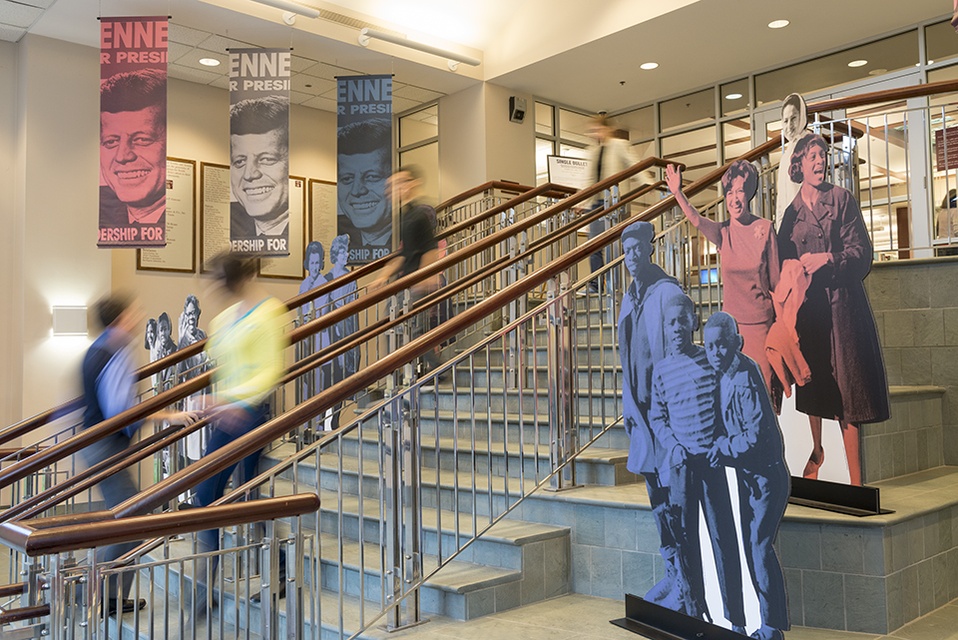 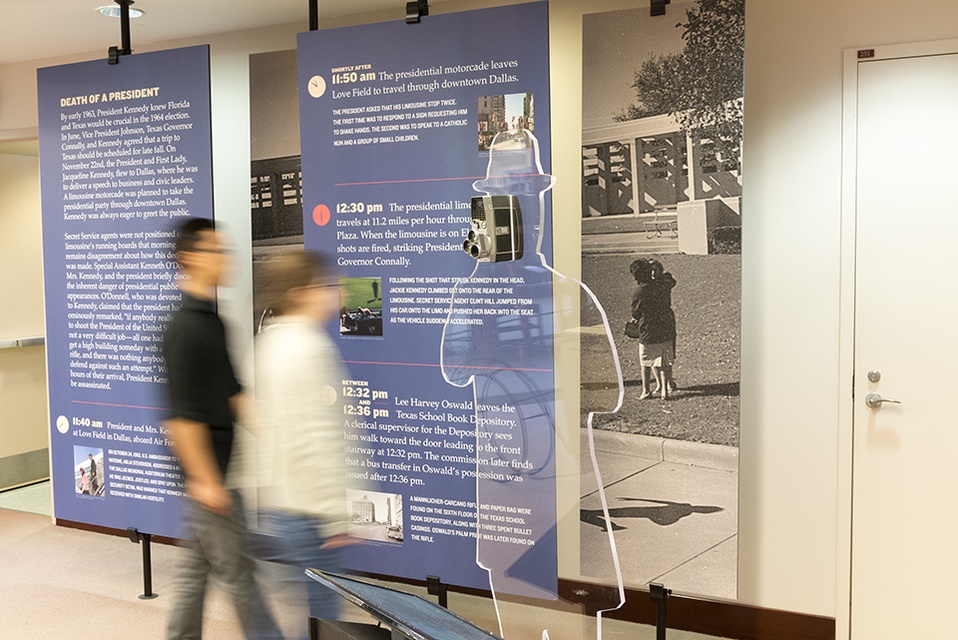 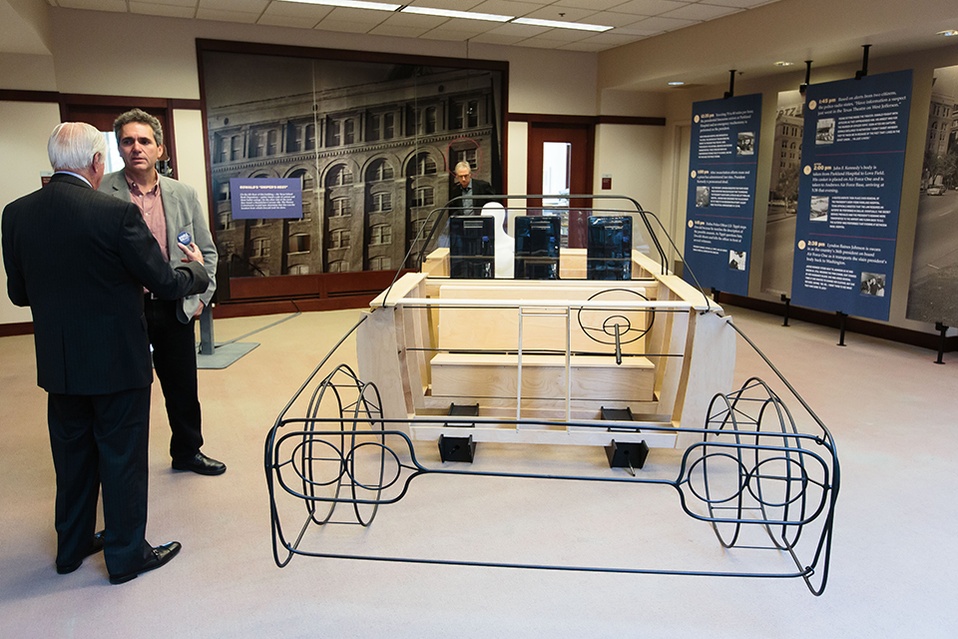 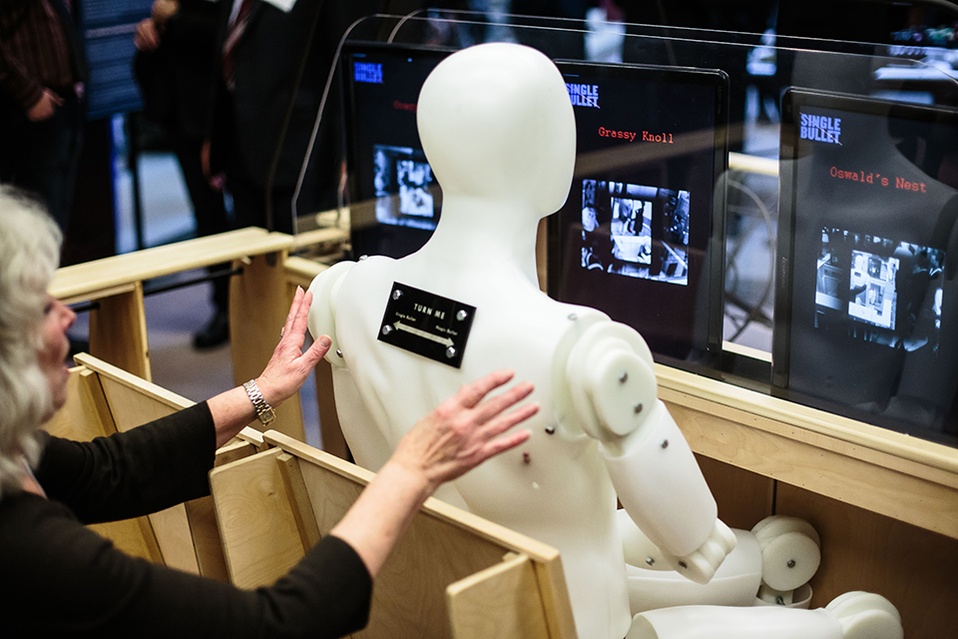 A multidisciplinary team of Philadelphia University students, faculty and staff conceived of, designed, fabricated and installed this timely exhibition to showcase Senator Arlen Specter’s seminal role in the Warren Commission investigation of the 1963 assassination of President John F. Kennedy. The exhibition coincided with the 50th anniversary of the J.F.K. assassination and depicted Senator Arlen Specter’s (1930–2012) selection, participation, and unique contributions to the Warren Commission’s activities and final report, with special focus on the “single bullet theory or conclusion,” and associated long-term controversy.

This exhibition was the first project of what will be many public and scholarly activities of the Arlen Specter Center for Public Policy at Philadelphia University. The project was supported by a generous grant from the PNC Foundation.