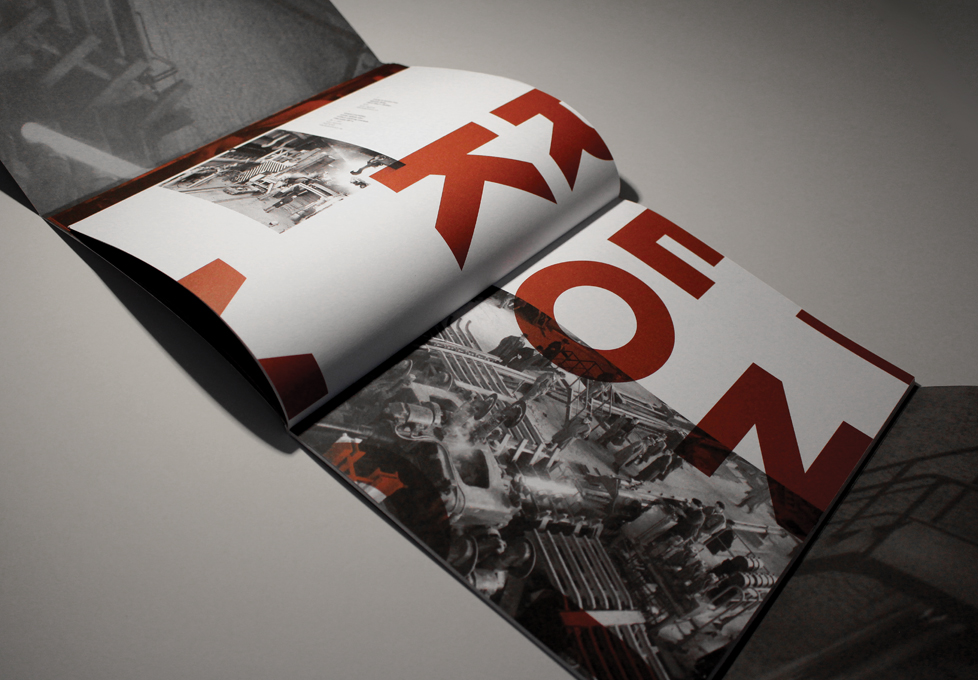 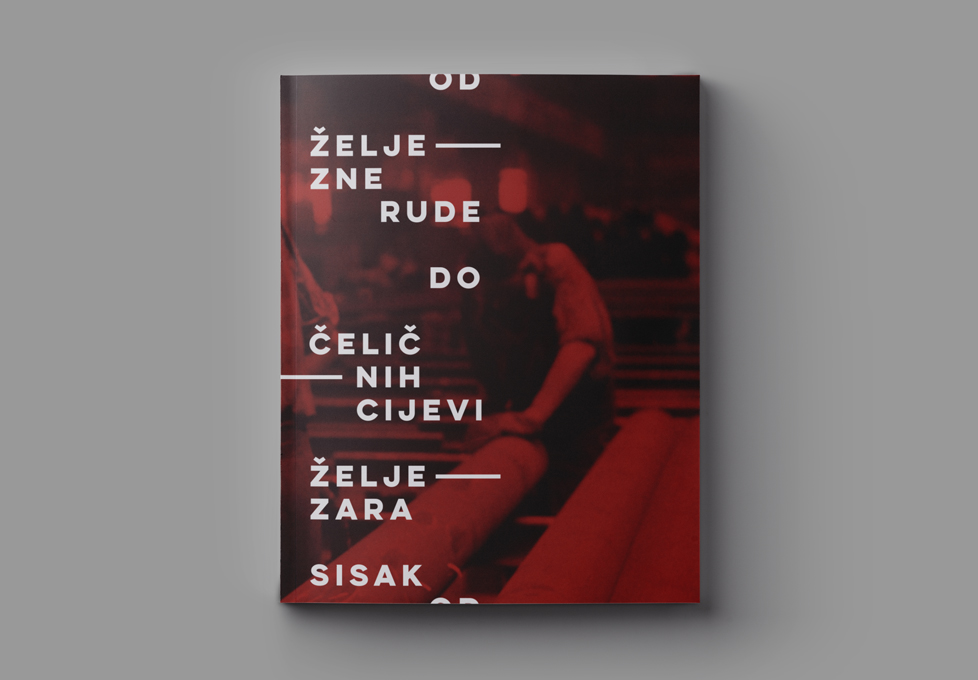 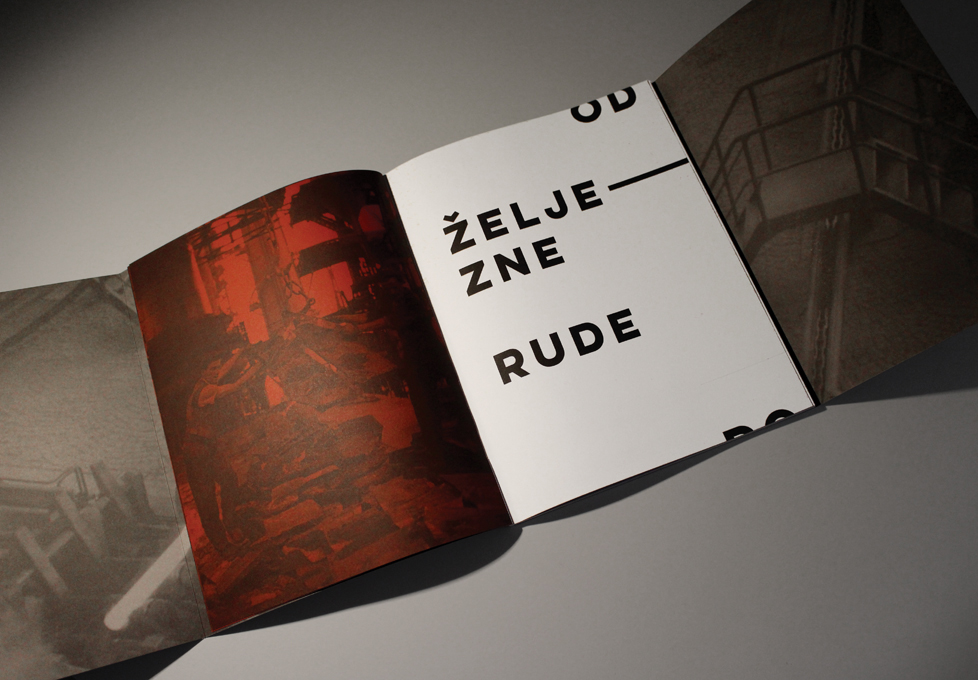 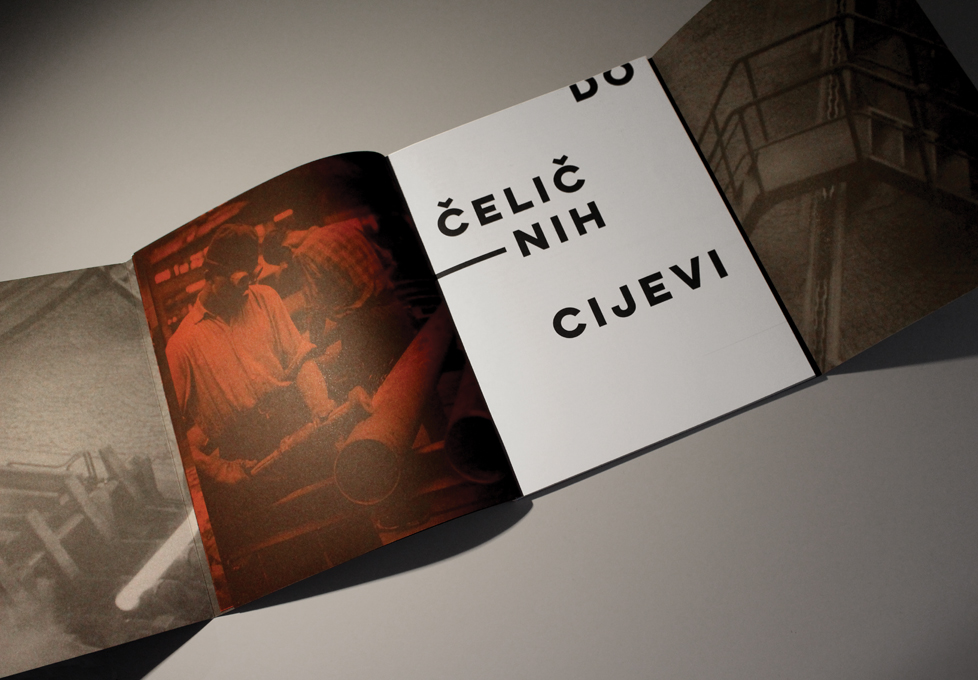 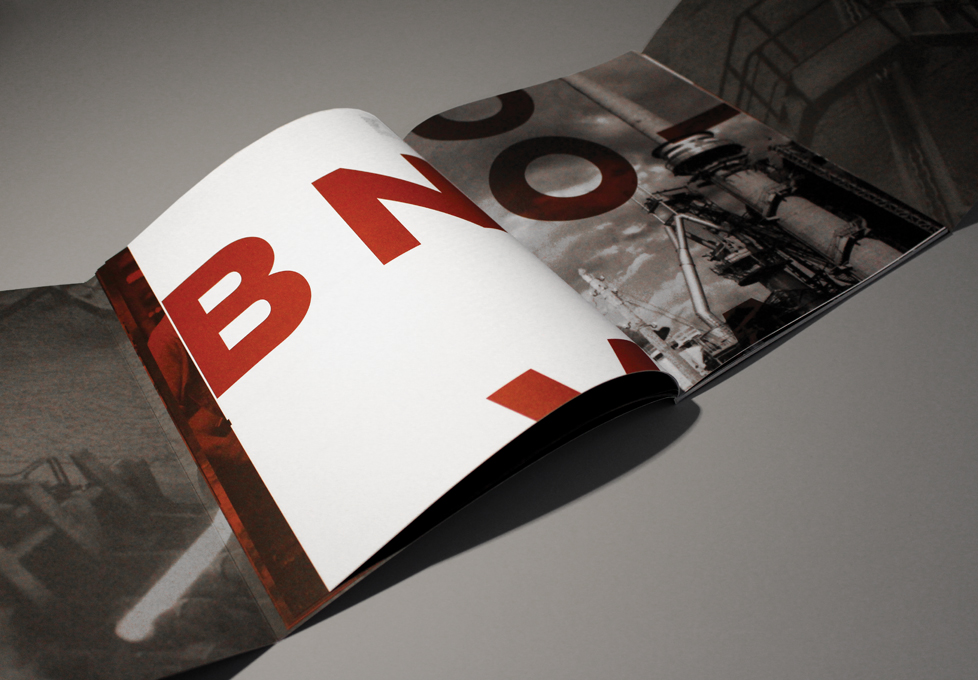 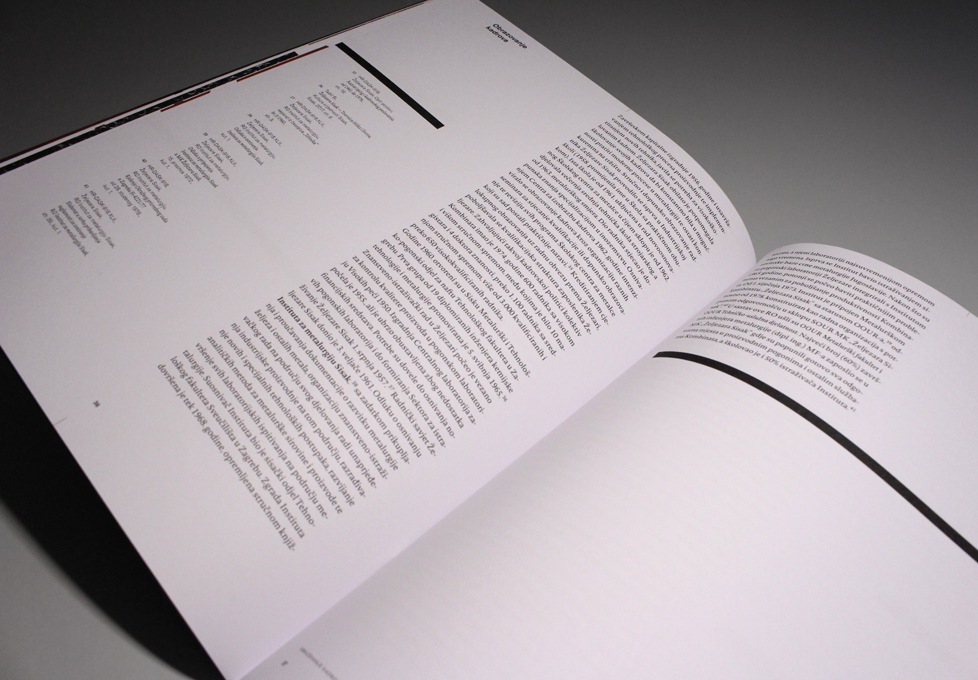 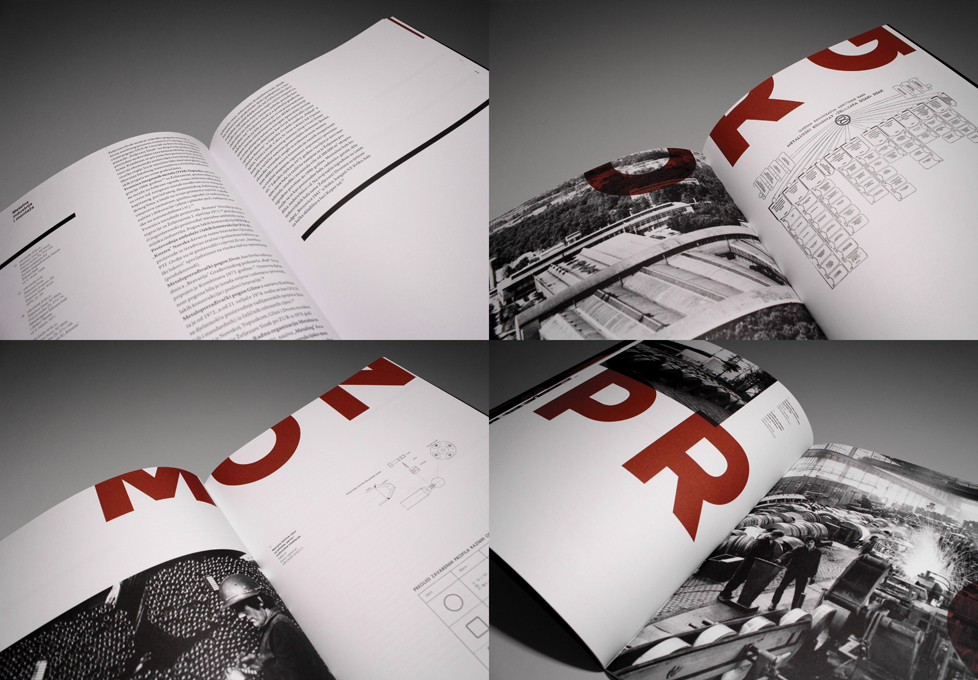 DASK (The State Archives in Sisak) is a regional state archive institution located in Sisak, Croatia and a subsidiary of Croatian national archives. In addition to preserving the material and archival fonds related to the town of Sisak and the surrounding area, as a part of its activities DASK regularly organizes thematic exhibitions dedicated to the historical, economic and industrial heritage of the Sisak region.
The catalog accompanying the exhibition 'Sisak Ironworks' tells a story of one of the Sisak's former industrial giants, once highly appreciated and successful, and now defunct.

The exhibition bears quite a long full title: 'Željezara Sisak — Od željezne rude do čeličnih cijevi' (translated approximately as 'Sisak Ironworks — From the Iron Ore to the Steel Pipes') which, thanks to its ‘from-to’ form, has been treated as a repeating ‘infinite loop’ on the catalog cover. The title has also been divided through the four opening spreads, complementing the archival photos of Sisak Ironworks factory motifs.

Bold and strong typographical treatment has been inspired by the theme itself. The oversized letter fragments of the section subtitles enrich the illustrational/photographical dividing spreads and contrast with the meticulous and delicate treatment of body text, photo captions and footnotes.