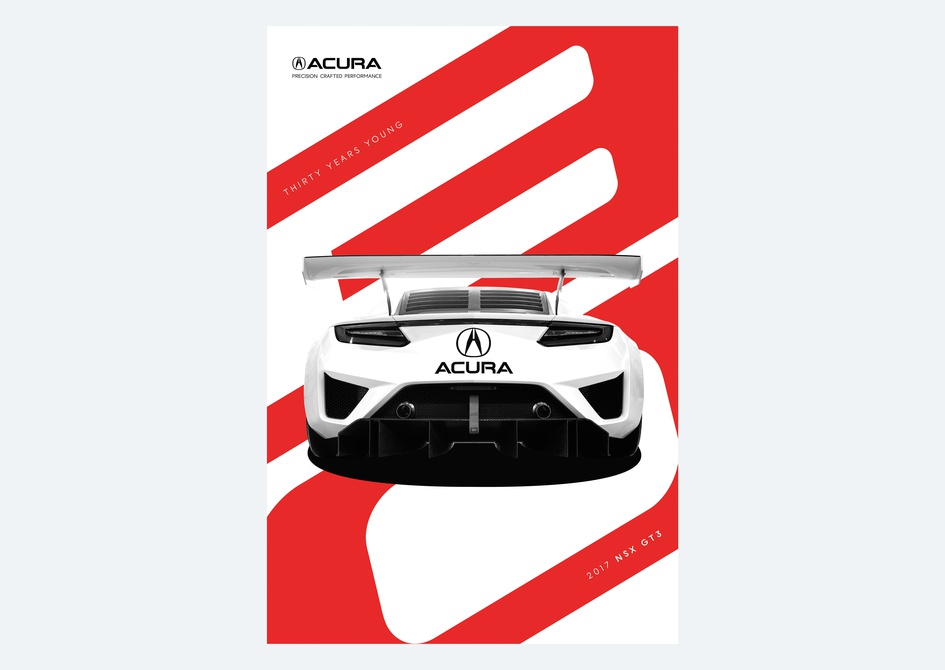 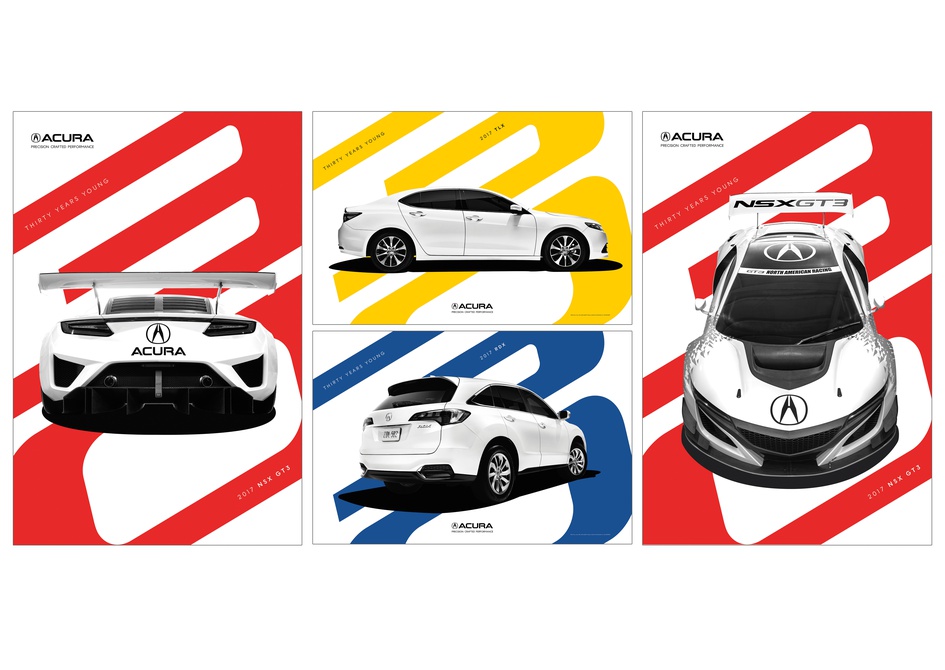 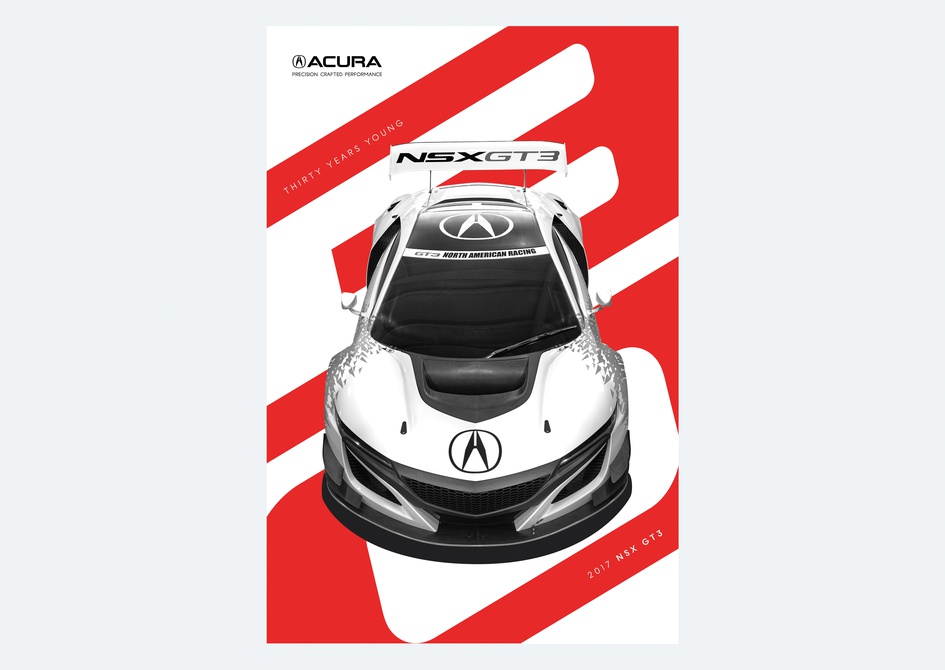 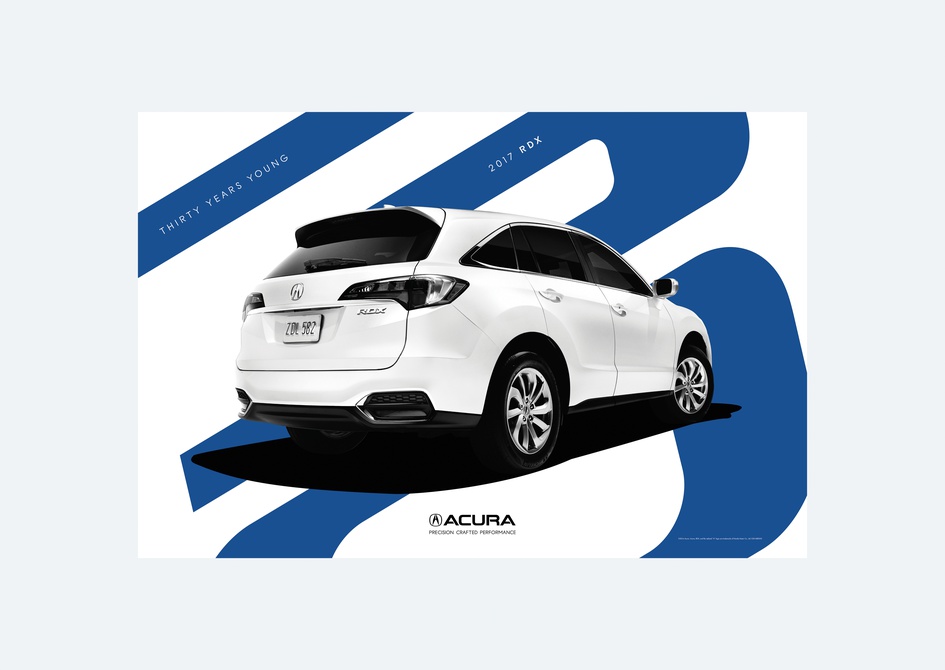 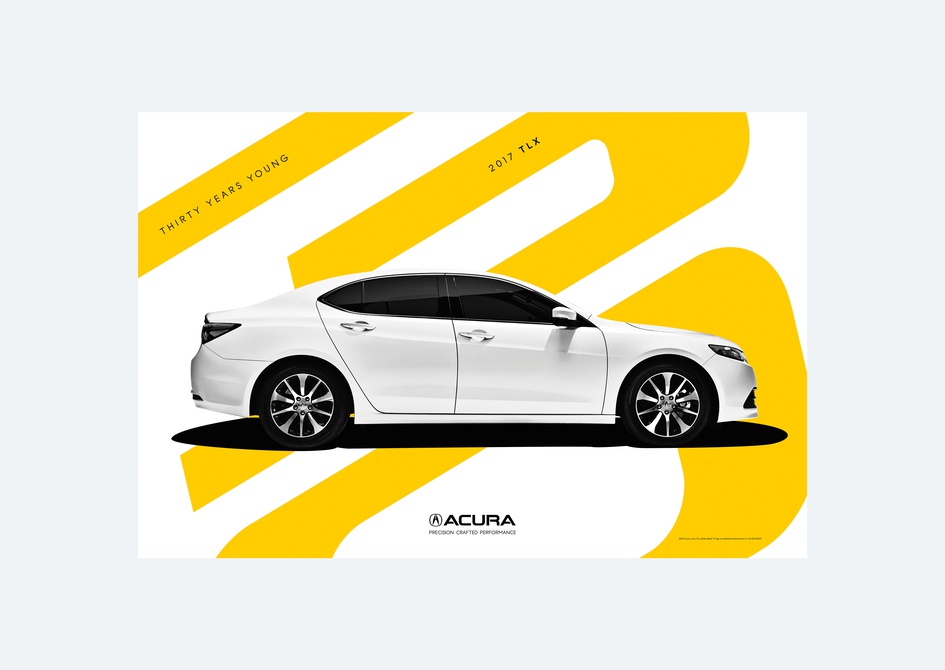 Coinciding with its 30th anniversary, Acura reintroduced the long-discontinued Acura NSX for 2016 and brought back its founding tagline, Precision Crafted Performance.

Our assignment was to provide Acura with a refreshed visual identity to match its new performance direction, one that spoke to its performance past and offered modern appeal.

Specifically, we were tasked with developing in-store and event materials that would debut this new design language and commemorate the brand’s 30th anniversary.

The work needed to capture and communicate Acura’s dynamism and, as a significant change of direction for the brand, needed to unify the organization and its 200-plus dealers behind the new approach.

We knew 30 years is not a typical milestone for automotive companies.

While Acura had huge successes in its short time, its closest competitors have 100-year histories, making Acura’s 30-year achievement less remarkable by comparison.

Our creative idea and design approach—Thirty Years Young—aimed to celebrate Acura’s 30 years as proof of its youthfulness, naiveté, and dynamism rather than its lack of conventional experience.

Rather than highlight Acura’s age, our strategic approach sourced inspiration from the brand’s earliest days to show how that same youthfulness and wildness inform the brand today.

We incorporated visual cues from Acura’s history, its lauded early days—when the NSX and Precision Crafted Performance were first introduced—and current initiatives in a progressive and dynamic way.

To mark Acura’s 30th anniversary in stores, we leveraged its race-inspired design language while showcasing its current vehicle lineup.

The anniversary pieces, which juxtaposed Acura’s 30-year heritage and its current model lineup, was haloed by the forthcoming NSX GT3 Race Car, alluding to the brand’s future racing program.

The design leveraged the new “F1” performance-oriented typeface, which was inspired by the colors from Acura’s past racing livery, the brand’s current vehicle badging convention, and dramatic high-contrast photography.

The resulting visual identity provided Acura with a vibrant and active new personality to match its revitalized performance focus.

It leveraged many elements of the brand’s past, present, and future, paying homage to its performance roots while signaling what’s ahead.

The in-store anniversary pieces were celebrated at Acura and across its dealer network, rallying internal audiences around the new design direction, and they were subsequently implemented across print and digital display.