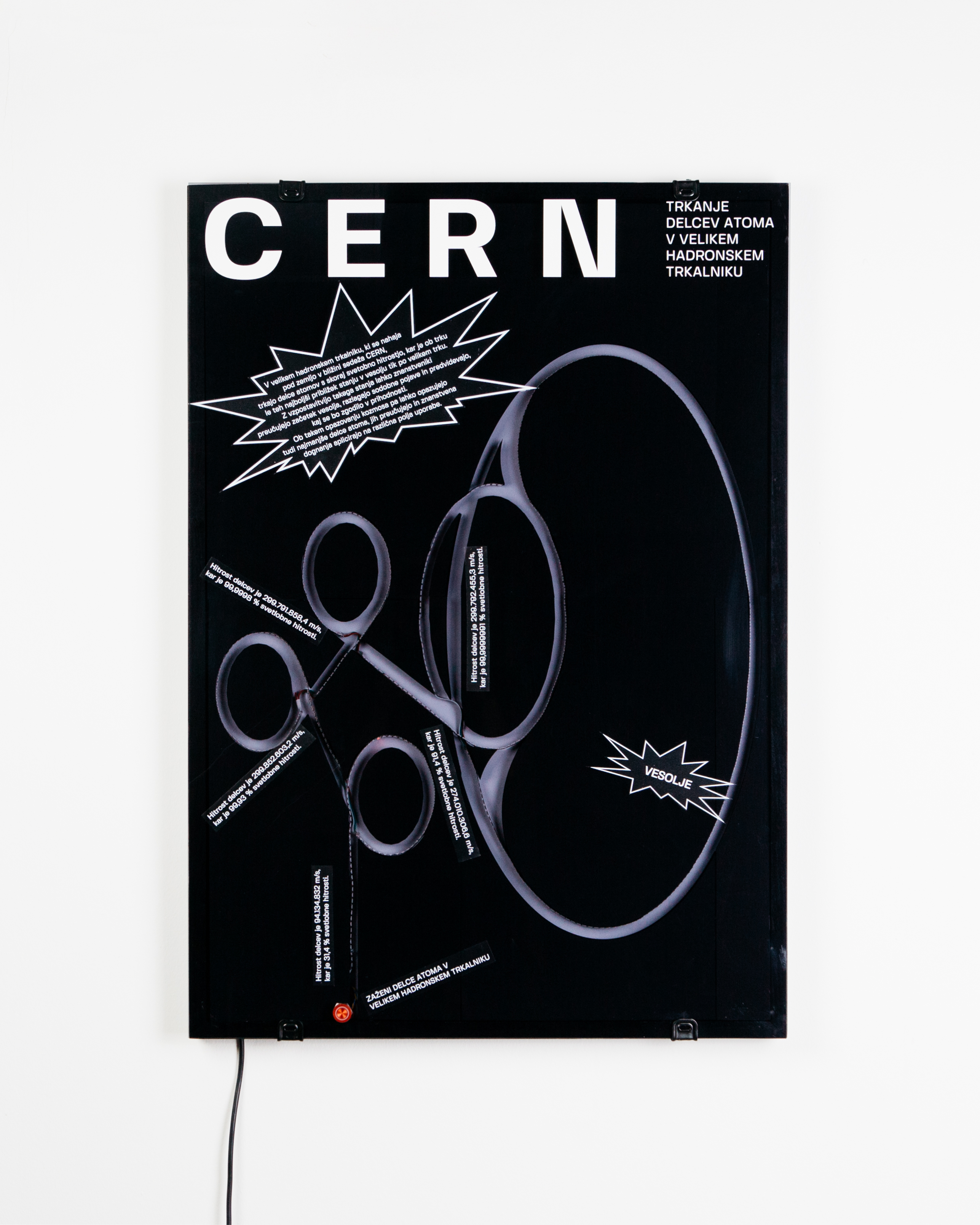 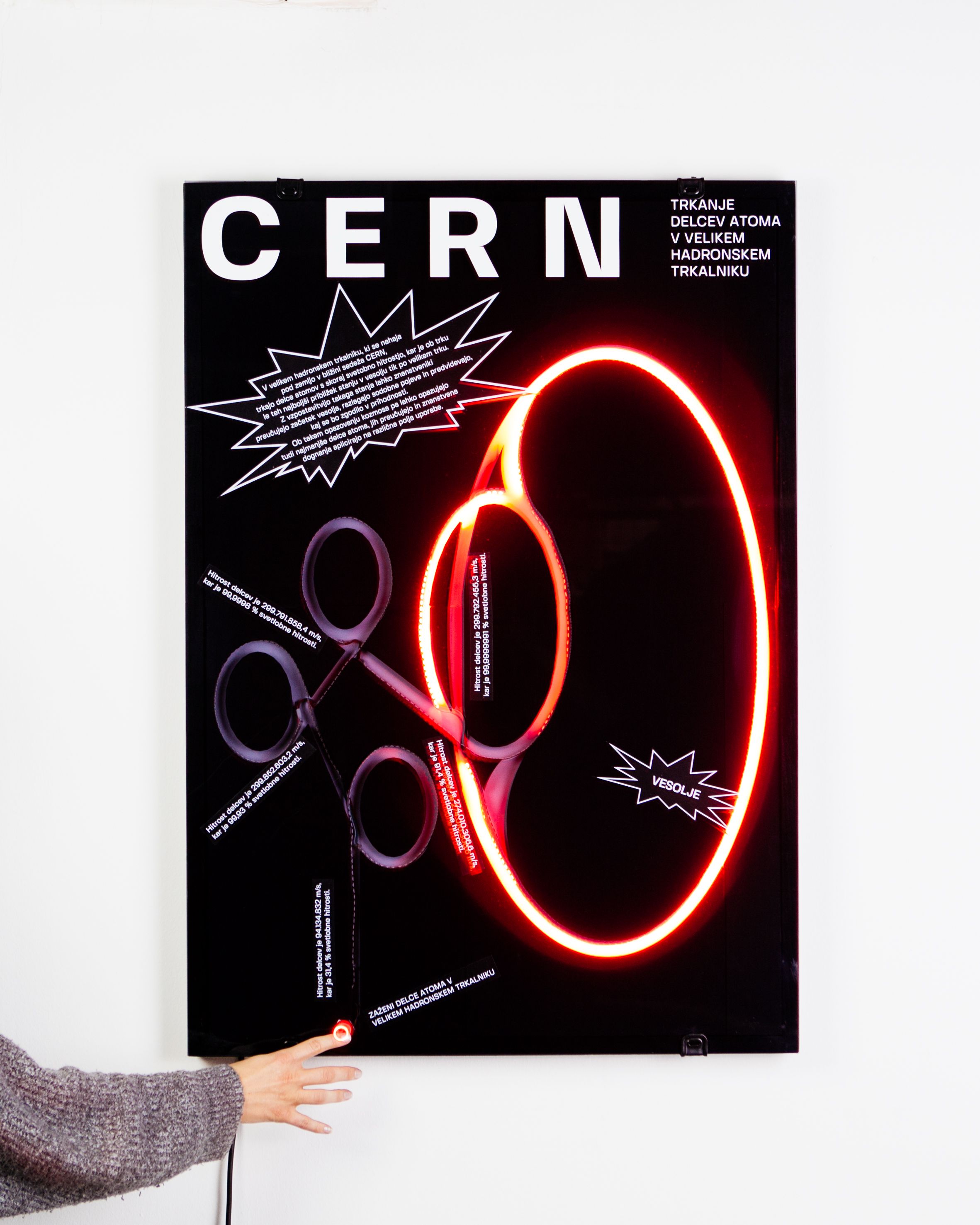 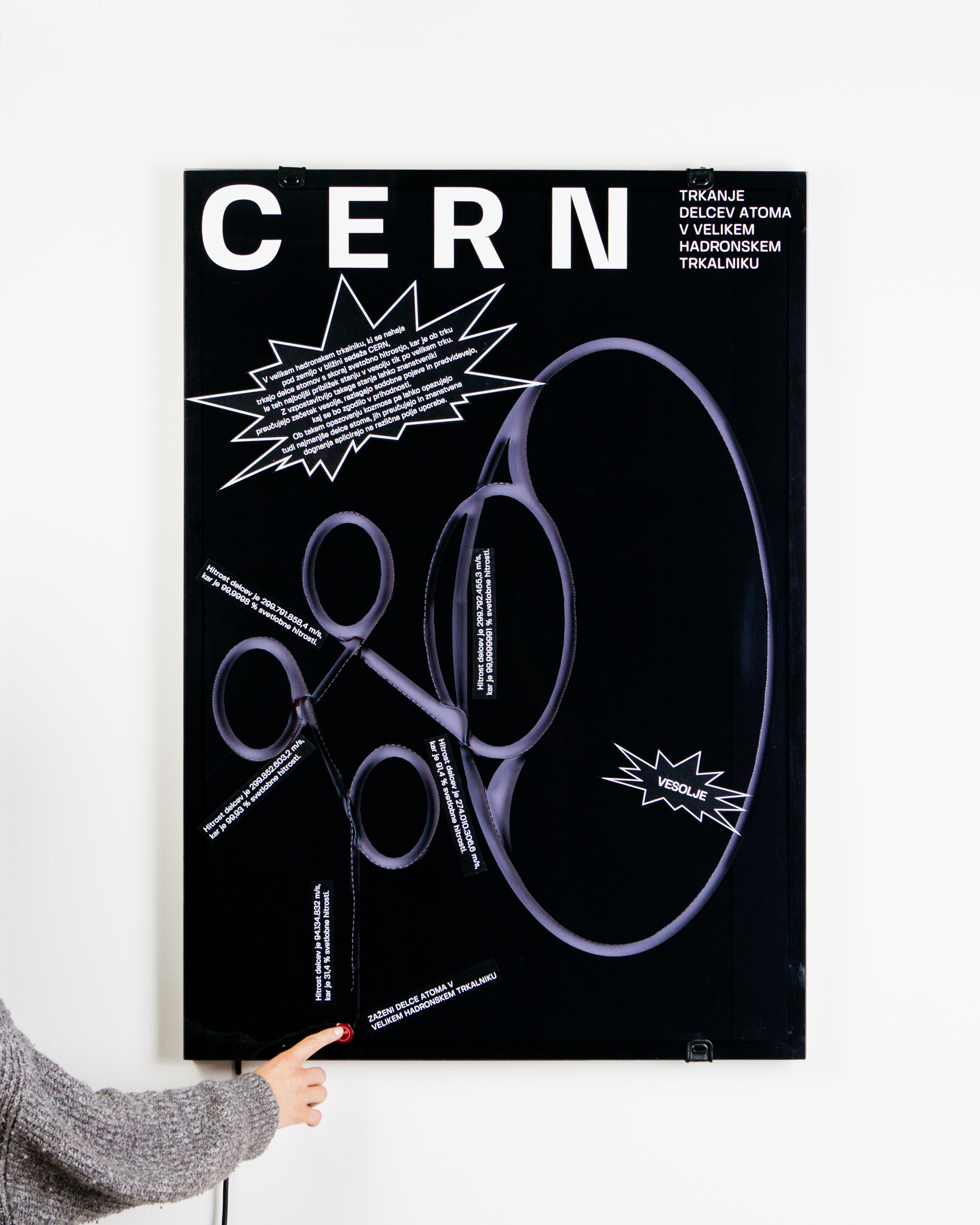 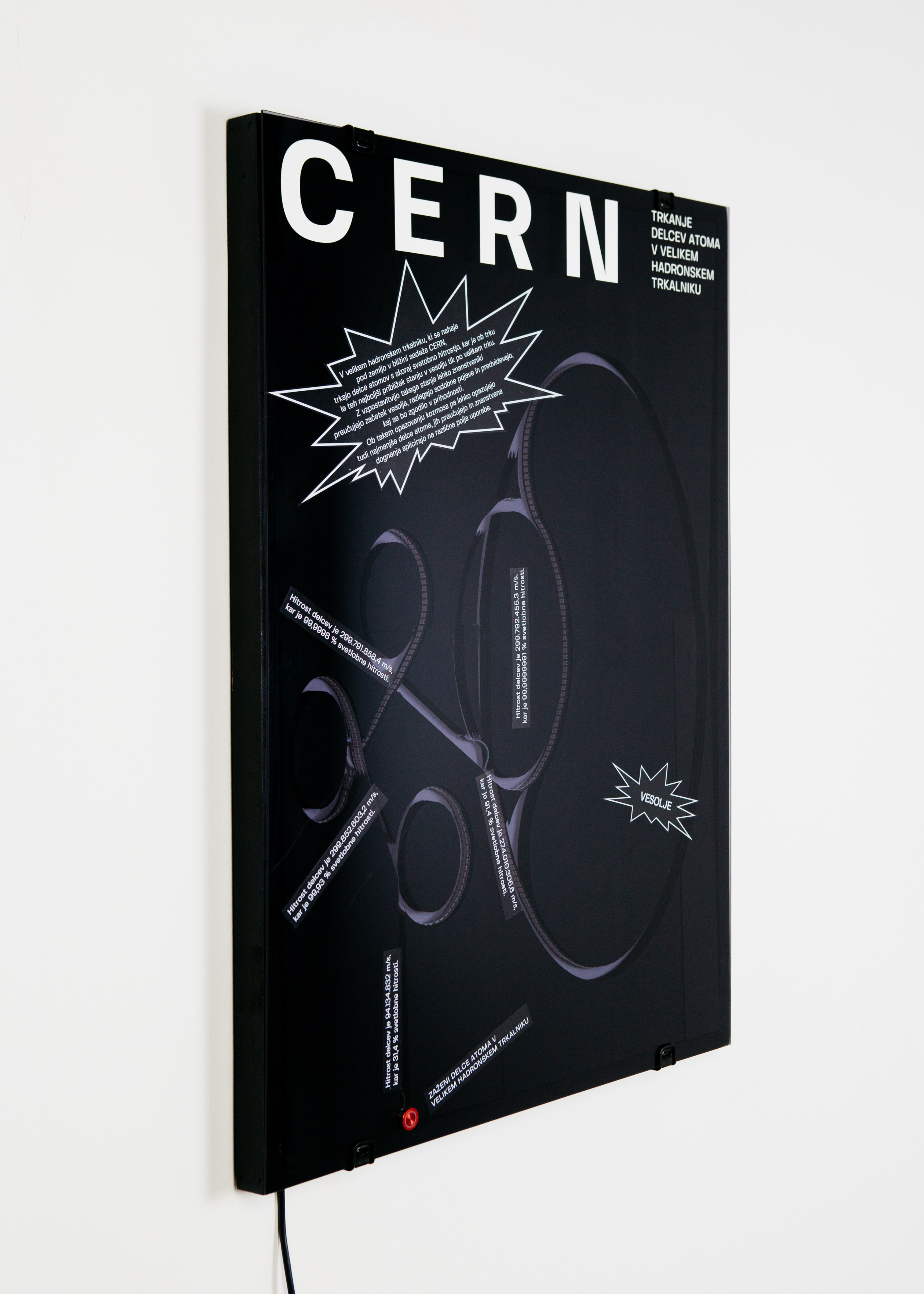 The aim of the project is to approach scientific discoveries in an interesting, funny and clear way that intrigues people and animates them into research, or at least an in-depth understanding of a given content. In any case, bringing the discoveries and events in science closer to everyday life.

The problem is the scientific language code which is the wider masses are moving away from understanding the fundamental functioning of things in the everyday environment, the larger systems in which they live and operate. If people understood the new effects of technology, new discoveries in the field of science in the micro and macro-even cosmos world, new ideas and applications of new discoveries would begin to be created according to the principle of ‘more heads, more knowledge’.

An interactive poster with an arcade game in a humorous and simplified way shows the operation of one of the largest innovation centers in the world Cern, where scientists design and manufacture new instruments for detectors and accelerators to explore new scientific frontiers in particle physics.

The atoms are represented by LED lights circulating through a circular scheeme that represents accelerators. Above every accelerator is written required speed with wich atoms can travel through the sistem. User speeds and pushes the 'atoms'/LED lights in the next accelerator/circular scheme by pressing on the button in the right time. LED light is getting faster in every accelerator and gets divided in the last one where collides in the middle. Just like atoms don't always collide, LED light is programmed to collide at random succesful operation. The entire basic procedure and logic behind Cern accelerators is explained with few simple arcade game elements.