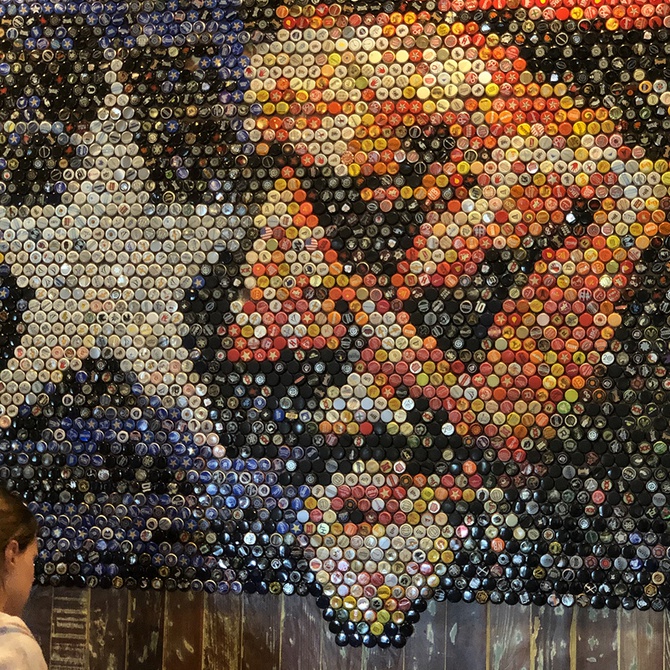 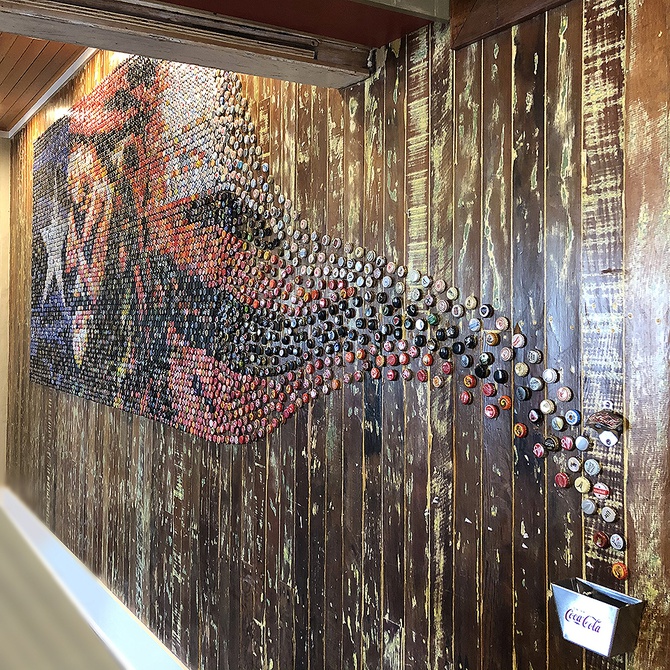 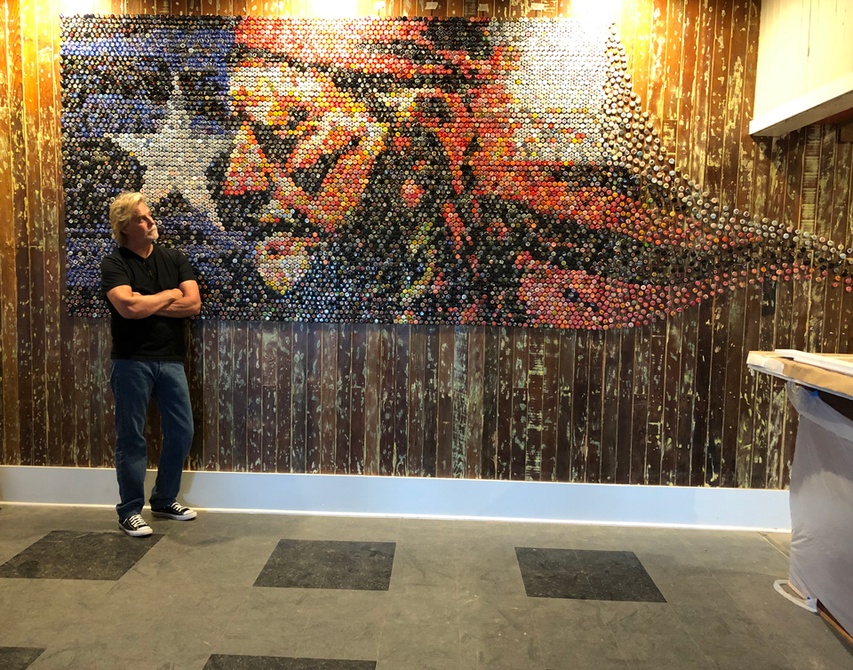 Mama's Cafe, a San Antonio institution founded 40 years ago, was looking for a refresh on their restaurant space while completely renovating the interior. We were charged with creating a mural in the bar area of the restaurant that paid homage to the space and Texas in general.

It was common for gas stations/cafes in small-town Texas to line their grounds with bottle caps, as patrons could leave their mark after enjoying an ice-cold beer. Bradford took that concept and chose to make a mural of Willie Nelson, a Texas favorite, out of bottle caps. Armed with a hot glue gun and a prayer, Bradford constructed the mural that magically flows from the bottle cap catcher under the bottle opener on the wall nearby.

The client loves the mural and it will be loved by the community-at-large when the renovations are set to be completed by the end of April 2021 and the well-loved restaurant reopens its doors.