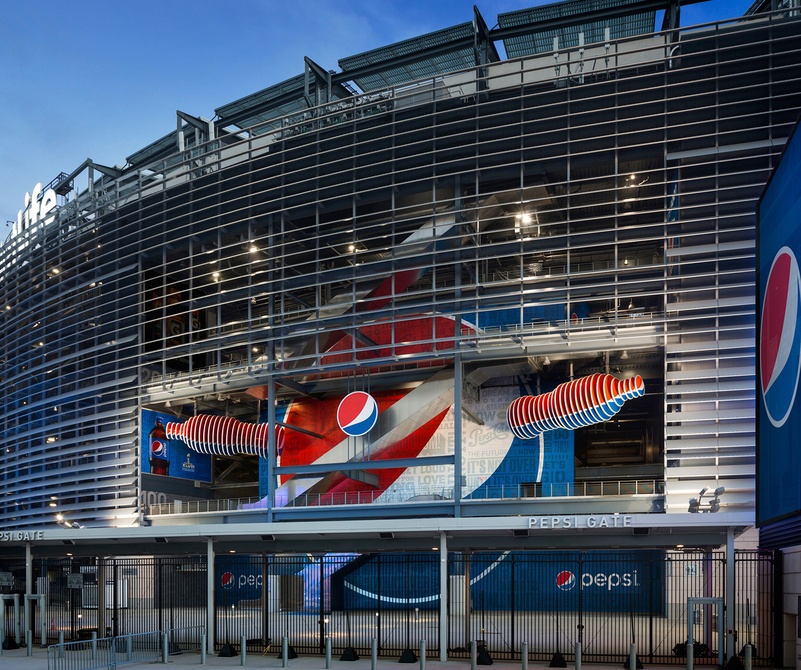 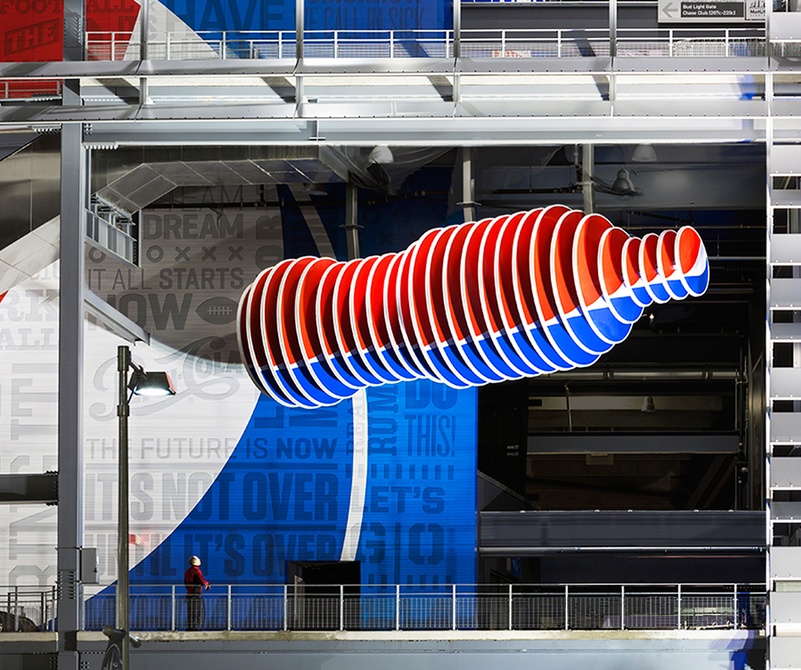 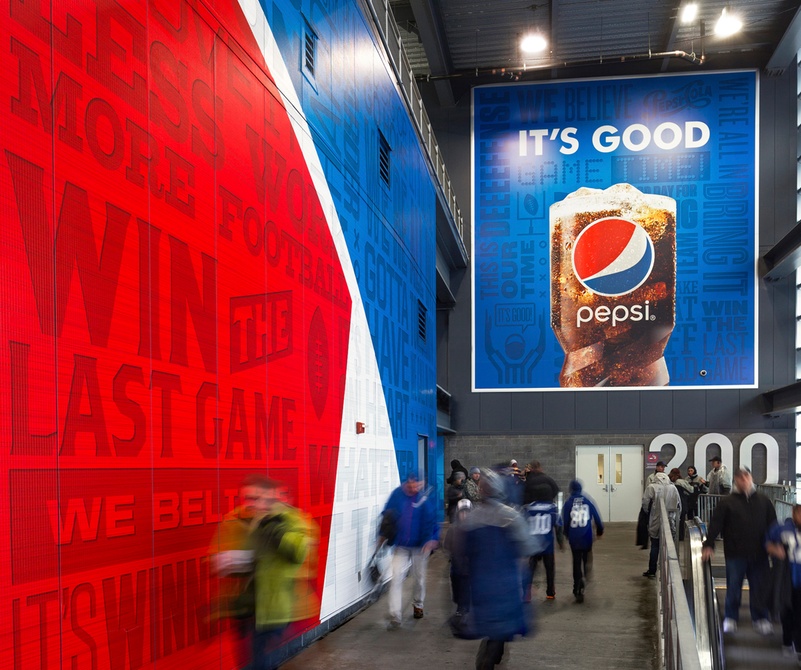 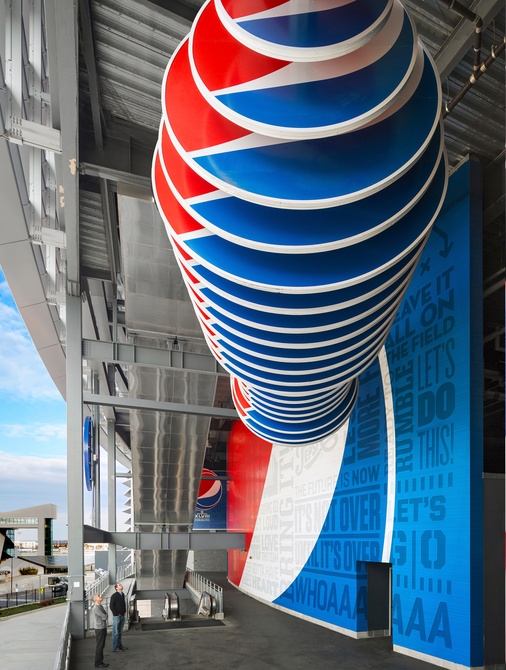 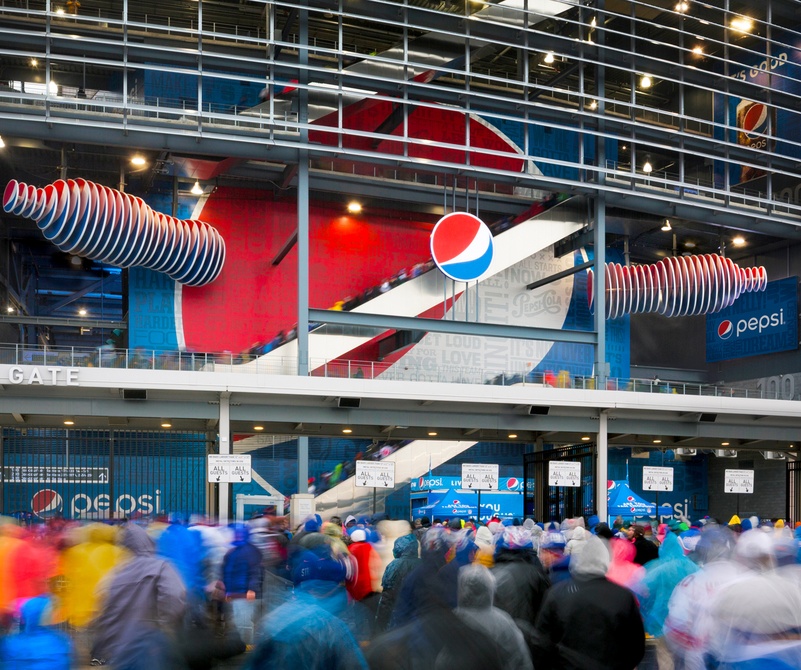 As Super Bowl XLVIII came to the New York area in 2013, Pepsi aimed to give fans a grand entrance into Met Life stadium. As one of the key sponsors, Pepsi had an opportunity to brand a prominent entry gate. Pepsi set out to create an experience that would engage fans in an unexpected and dynamic way. As a key landmark, it was important for the Pepsi Gate to drive locational awareness for fans. It was also imperative for Pepsi to develop a visual presence that was in-step with its new global visual identity system that was also simultaneously rolling out to all parts of the world.

The design was achieved by creating 2 large bottle sculptures that would be suspended in the large entryway. These sculptures were inspired by the colors and shape of the iconic Pepsi globe. Dozens of Pepsi globes were assembled to create a larger dynamic bottle shape. These iconic bottles were amplified with a 3-story super graphic that was applied to the Pepsi gate façade.

The installations were covered by a host of local broadcast and print media outlets and were viewed as wonderful new additions to the stadium. The Pepsi bottle installations at Met Life stadium provide an example of true design thinking and deliver an experience for patrons that is truly unexpected and enjoyable.