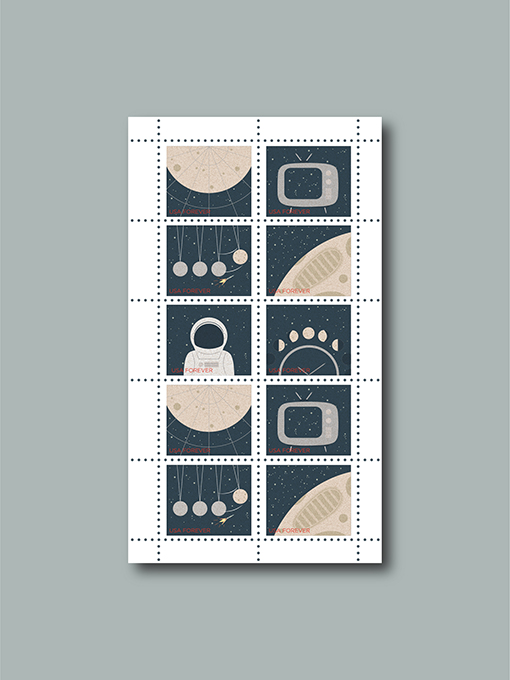 The assignment was to create postage stamps commemorating a historic event.

I decided to create stamps for the 50th Anniversary of the Space Race using visual metaphors. For example, the first stamp shows the moon as a map, since this was the first time that Americans began to see the moon as a place and not as an object. The next stamp shows space through a television set, as Americans began to feel like they were a part of something bigger because of the rise of the television. The third refers to the momentum of the Space Race, how countries propelled each other's progress. The fourth shows the small step for man that was a large step for mankind. The fifth is a heroic shot of an astronaut, as astronauts were seen as great heroes at the time. The final shows the moon around a clock, because the race was not only a race against countries, but also a race against time.

The resulting stamps highlight America’s values in a time of great growth and progress for our country. Each stamp contains a metaphor about how Americans felt and what they were experiencing at the time. These very same values will long be relevant to inspire the future endeavors of our nation.