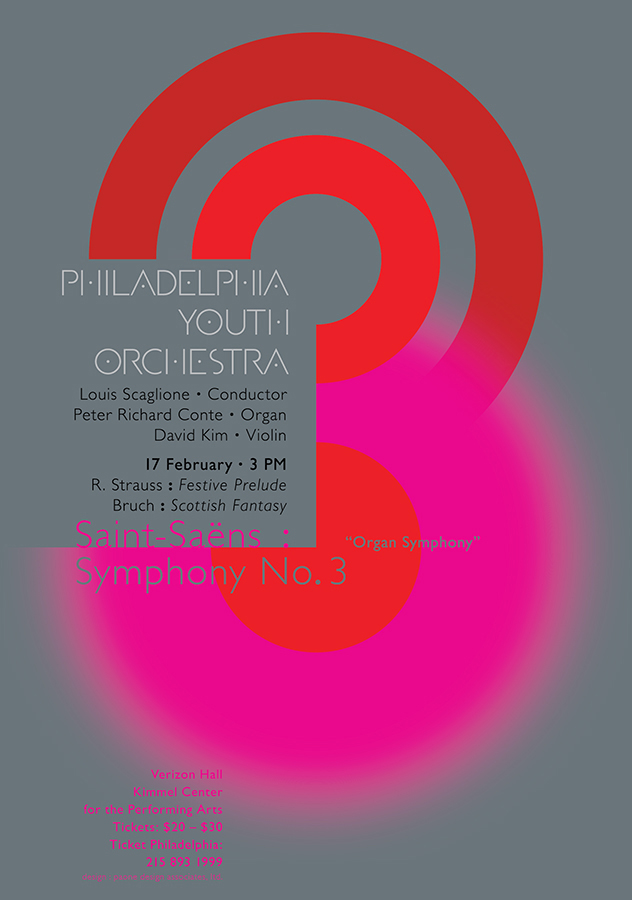 The Philadelphia Youth Orchestra commissioned Paone Design Associates to produce its Winter Concert Poster Series. This year, the PYO repertoire included Saint Saëns’ “Symphonie No. 3 avec orgue.” This masterpiece, originally written in two movements, provided inspiration for the poster's artwork, where chromatic patterns play a pivotal role in both movements. Each singularly powerful voice of the organ is presented as color moments in the poster — a subtle, darker role in the first movement, and a noble and powerful role at the end of the second. The visual structure is supported by a bold typographic base representing the counterforms of the number three. In addition to the illustration, PDA created the orchestra's proprietary typeface which is utilized as a display font in the posters and program books.