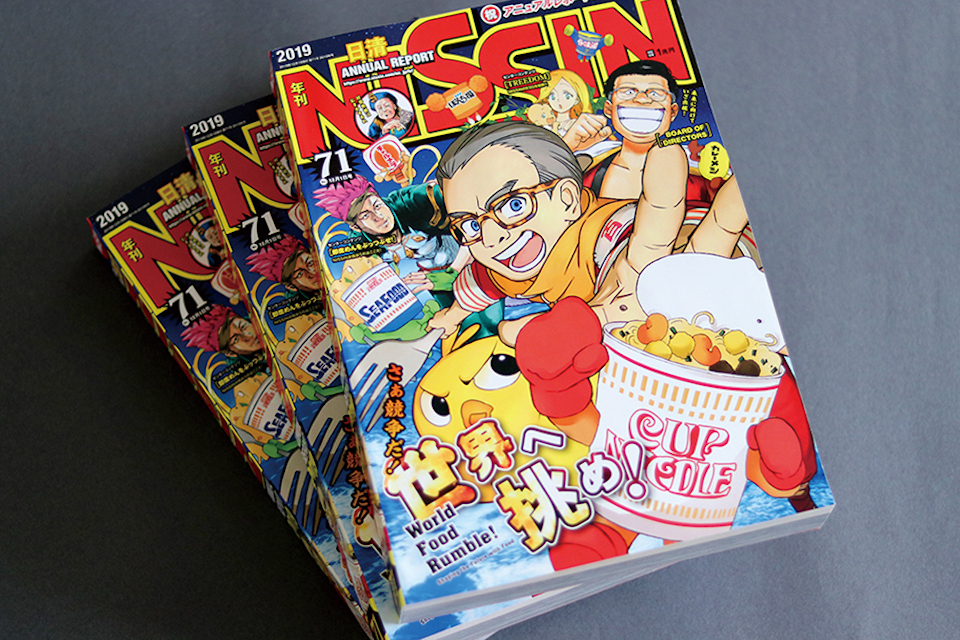 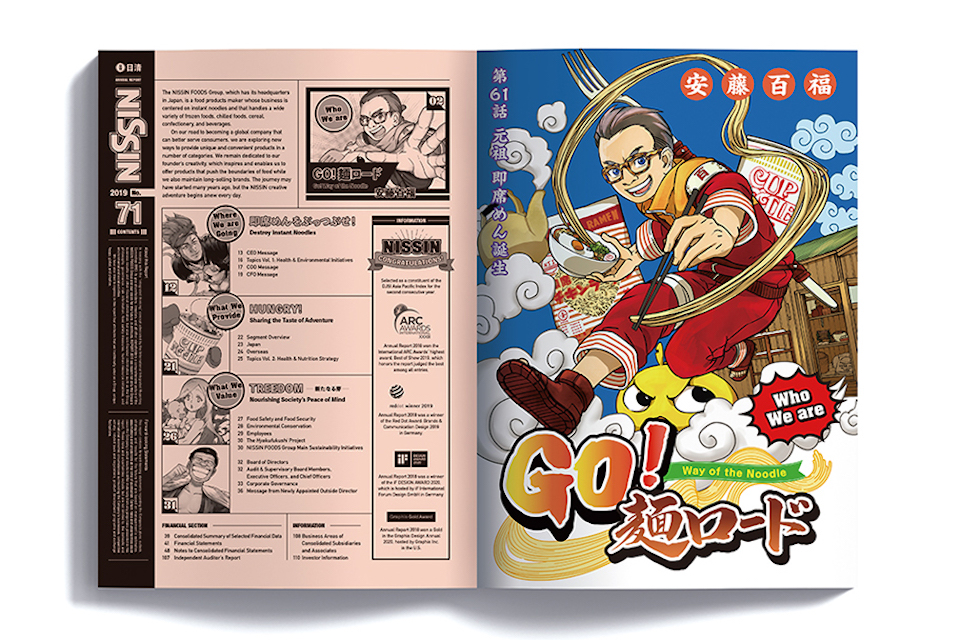 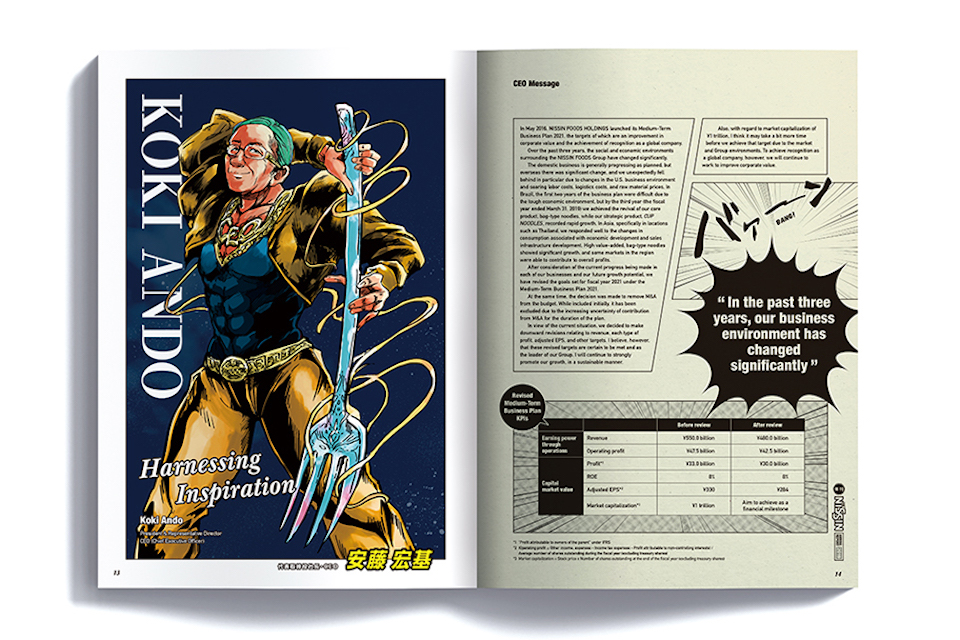 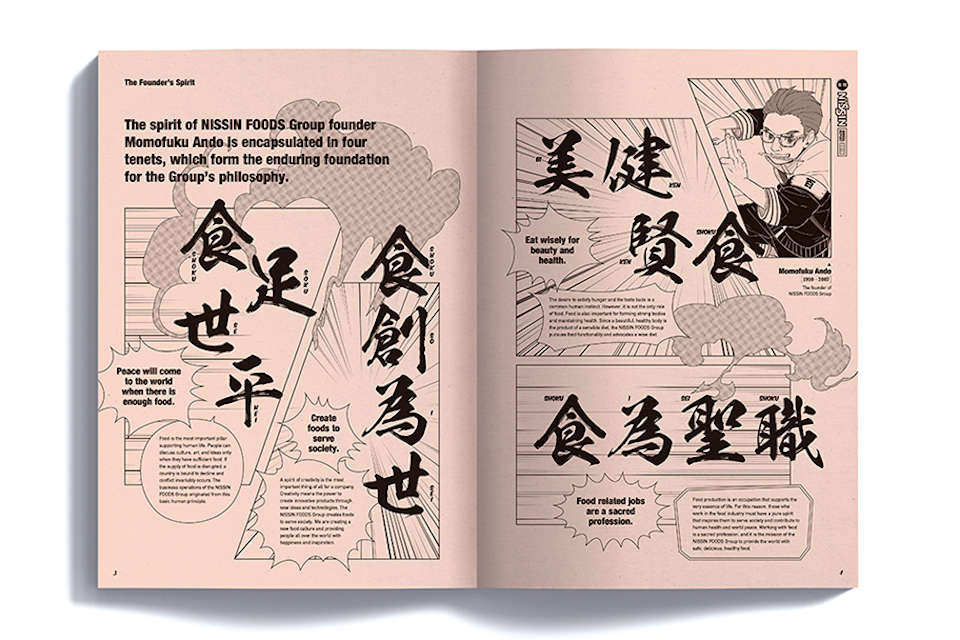 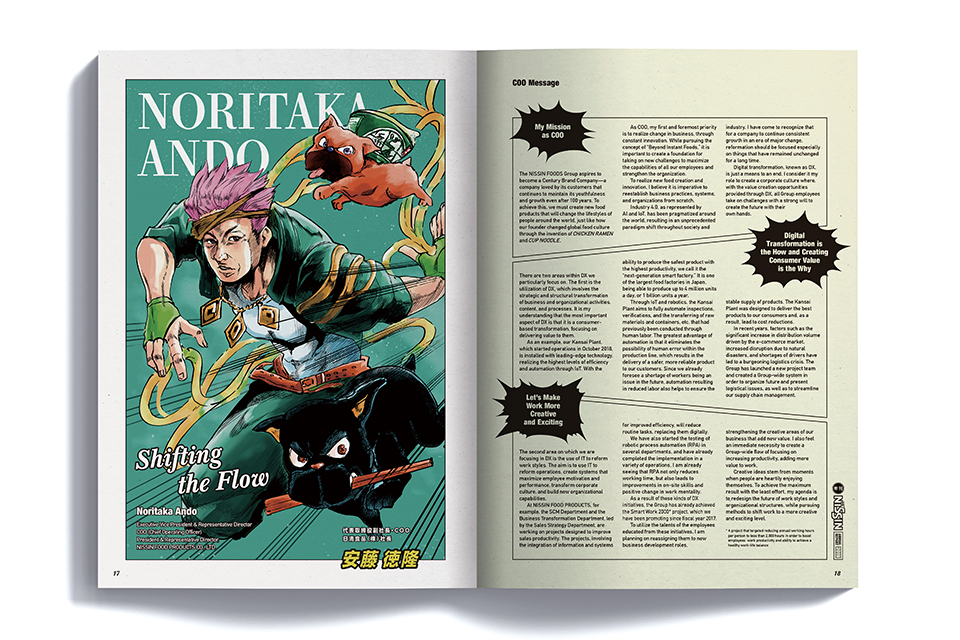 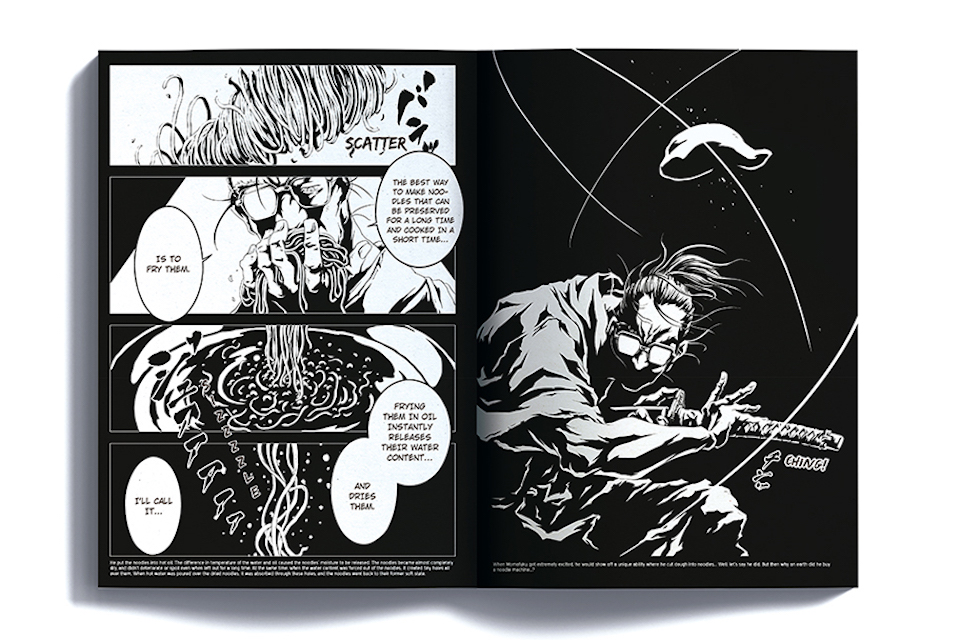 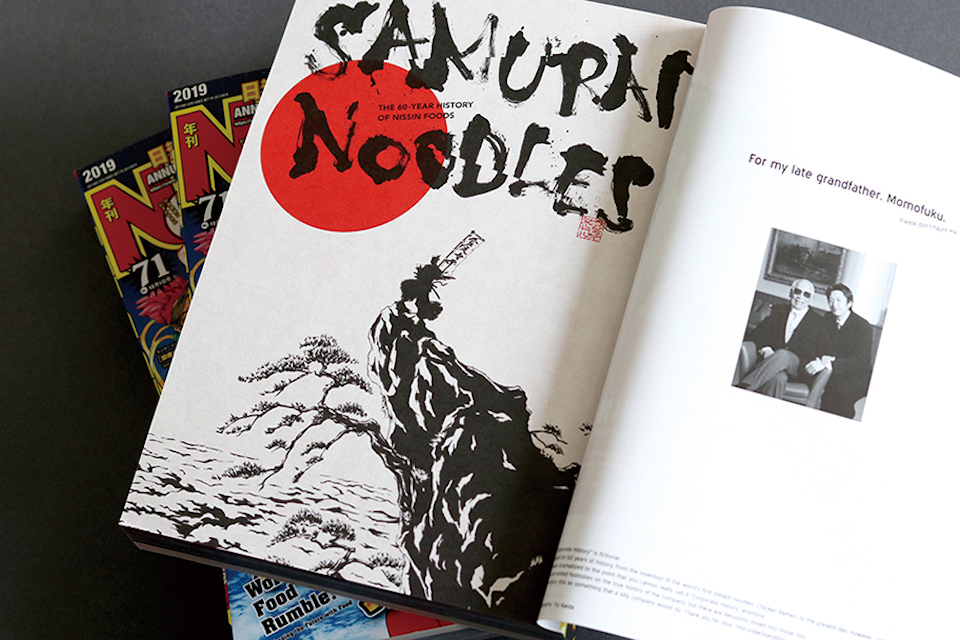 In 1958, NISSIN FOOD PRODUCTS founder, Momofuku Ando, developed the world’s first instant noodles to do something beneficial for people who were struggling amid post-war food shortages. The founder's aspirations live on within the philosophy of NISSIN FOODS Group today as it seeks to benefit food culture around the world. The goal of the 2019 report was to communicate this message in a uniquely NISSIN way, while also attempting to create stronger name recognition overseas.

Much like ukiyo-e woodblock prints in the 19th Century, which influenced contemporary European artists, Japanese manga, or graphic novels, are exerting a cross-cultural influence today. Furthermore, the illustrated, largely non-verbal, medium both enhances communication and engages the reader through the element of surprise. NISSIN FOODS management envisioned an homage to the classic manga of Japan, ones that they had grown up on. They even agreed to pose for their portraits as manga characters.

The final product is as authentic as possible, including the colors and texture of the paper, mixed application of monochrome and full-color images, and even a slick advertisement on the back cover. The first half, to be read front to back, is the financial report, and this is supplemented by a maga-fied history of NISSIN FOODS, to be read left to right (from the back cover). The report helps communicate the NISSIN brand’s emphasis on creativity and fun using images that invite readers to slow down and learn more about the company.