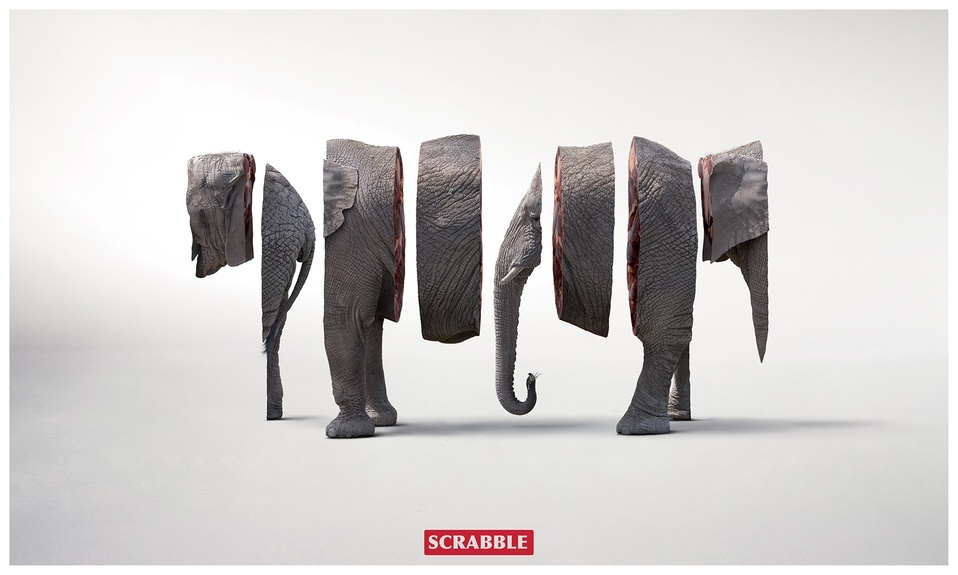 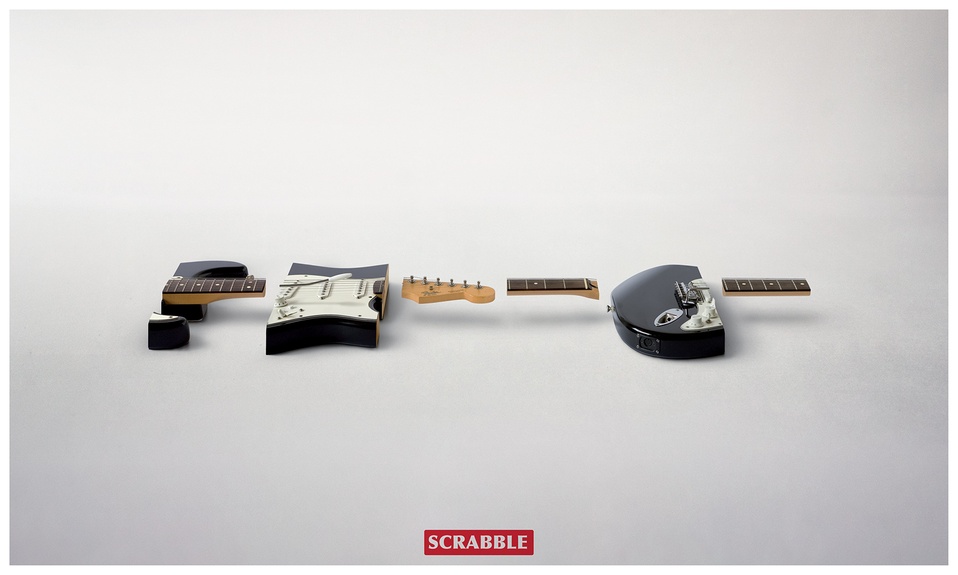 ASSIGNMENT
With a very minimal budget, the client requested a campaign to promote the game Scrabble, with emphasis on the nature of the game itself: form words with random letters.
APPROACH
Given the low budget, the challenge was to do something very public, so as to compensate for the lack of exhibition opportunities, with an idea that was so remarkable that it calls our attention.
THE BIG IDEA
The big idea was to use only fractionated images (without words) to show the essence of the game, which is to build words with random letters.
RESULTS
Notable exhibition and free coverage in different media, given the large number of creative awards that were obtained. While it did not generate significant revenue, it contributed much to the reputation of the brand, as a witty and eye-catching game.