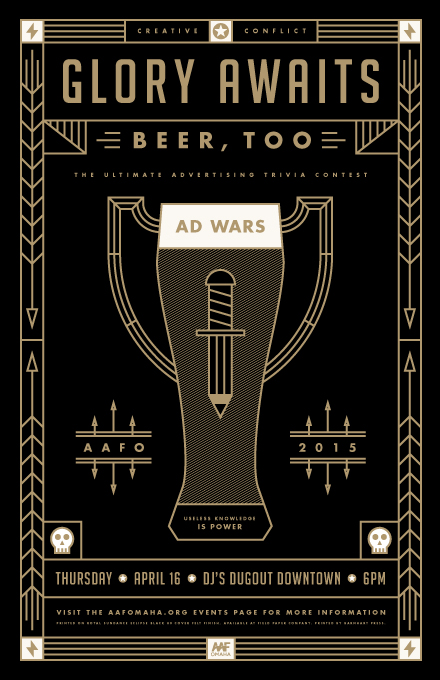 Each year, AAF Omaha hosts an advertising trivia contest called Ad Wars to raise funds for the organization. This is typically promoted through social media, email and word of mouth. The goal is to gain as much attendance from the advertising and design community as possible.

The special events committee of AAF Omaha is jokingly referred to as the "beer and trophy committee" because its fundraisers typically involve alcohol and some form of trophy. We took this idea and ran with it, creating a trophy/beer glass as the centerpiece of the design. The designer used a monoline style and a somewhat medieval feeling to go with the headline, "Glory Awaits. Beer, too." Instead of just sending the graphic out electronically, we printed the posters and hand delivered them to local agencies and design firms.

The results were outstanding. The event was standing room only and raised more for the club than any previous Ad Wars event.