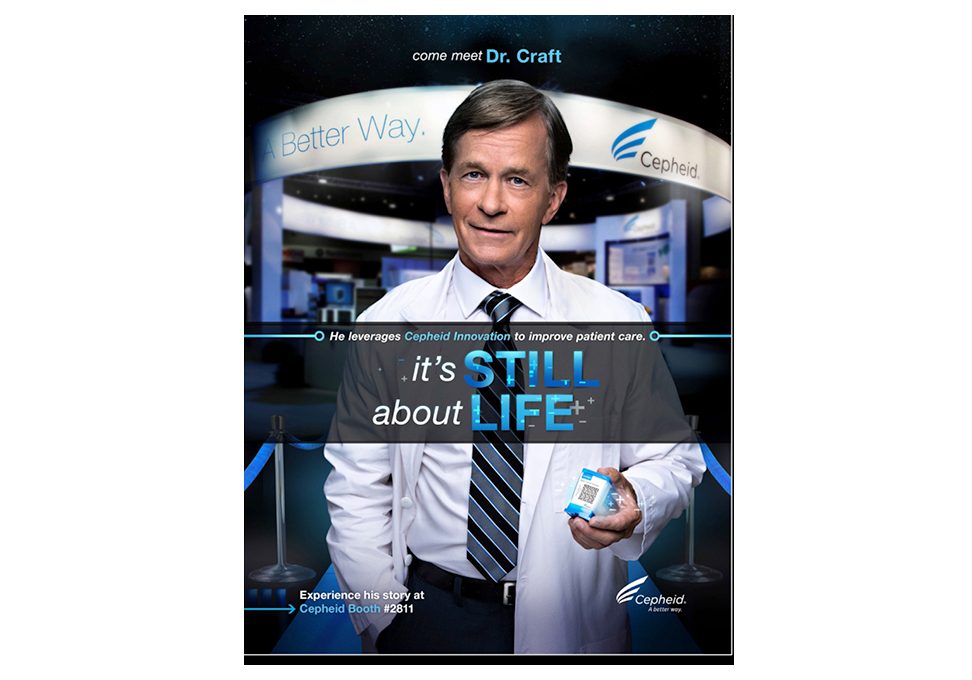 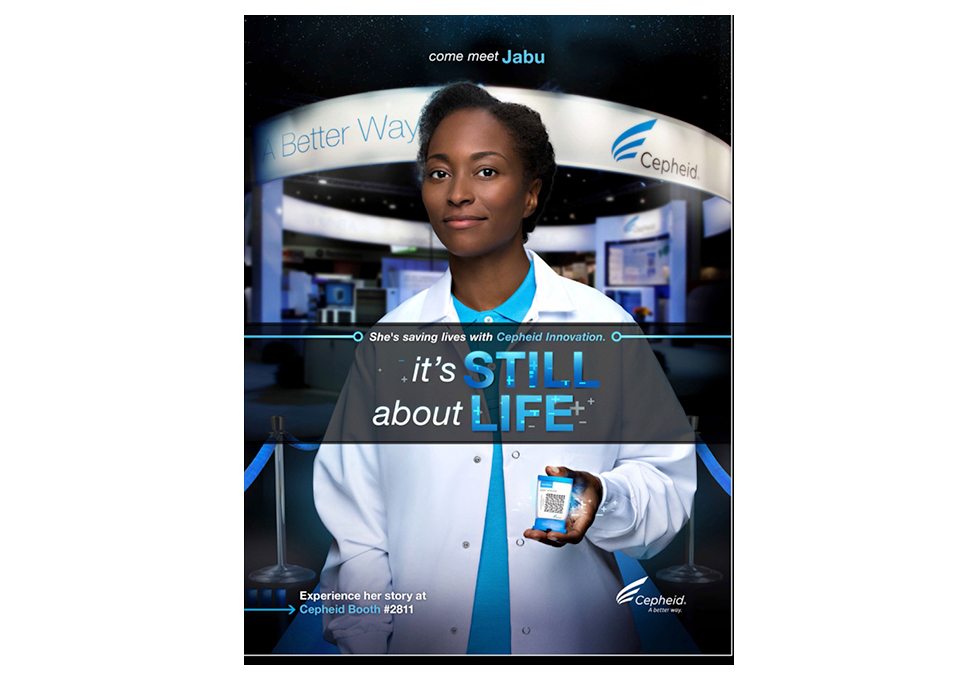 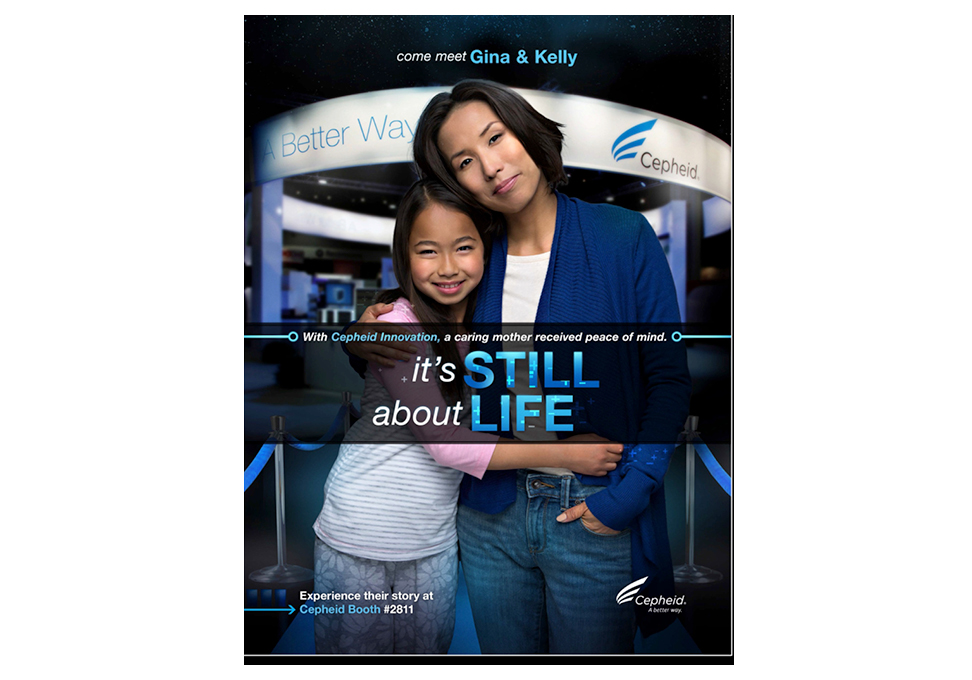 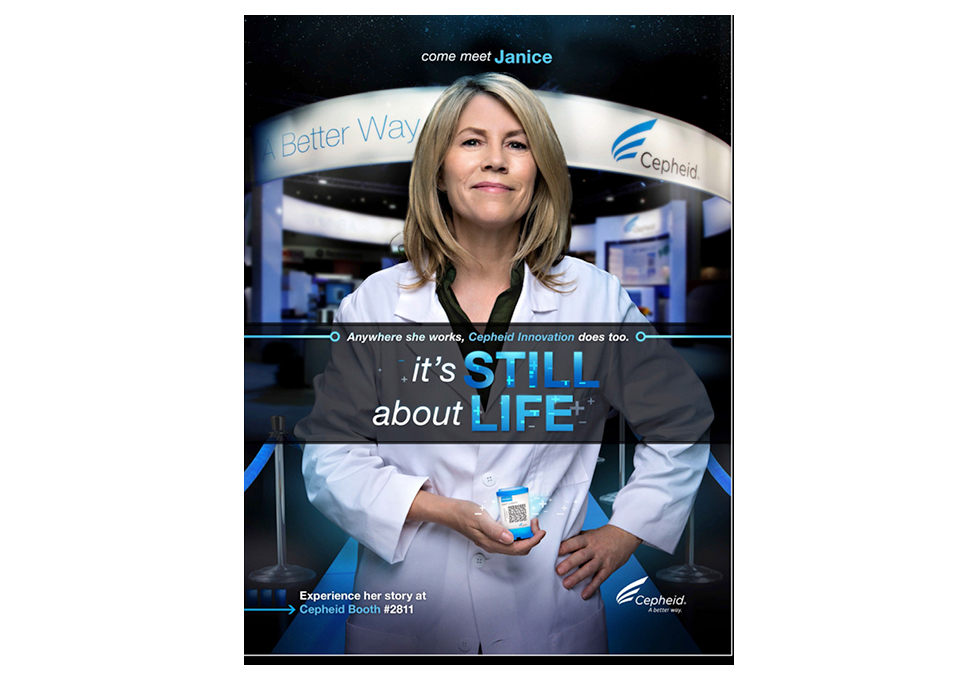 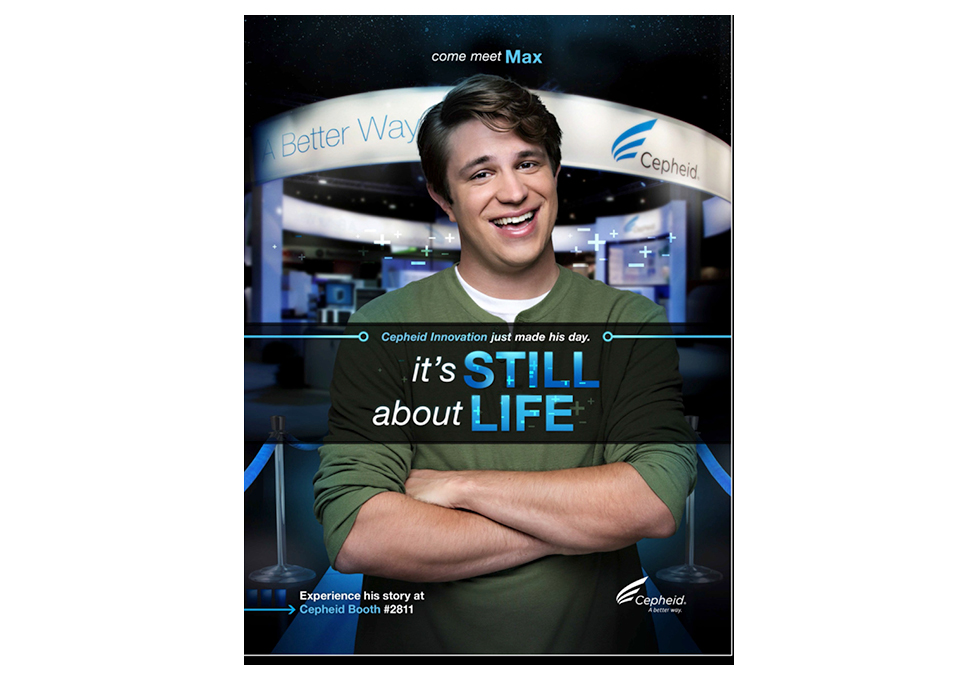 In 2015, we created a series of posters to promote our booth exhibit
at AACC. Each poster contained an image of an actor that was
portrayed in one of our five booth videos, compelling visitors to stop
by and meet the characters.

Our exhibit introduced visitors to five short stories/videos that
demonstrated the impact Cepheid is having worldwide. Each story
was grounded in real-world applications. In the booth, each of the
videos was playing surrounded by a three dimensional scene from
the video. In addition, the main characters from each video were
recreated as life size figures and placed in each scene. For the
posters, the actors that were portrayed in the five videos were
featured and placed around the exhibit hall.