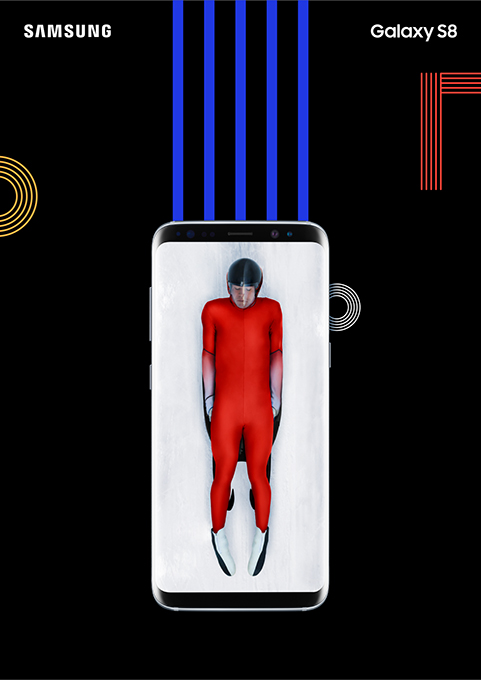 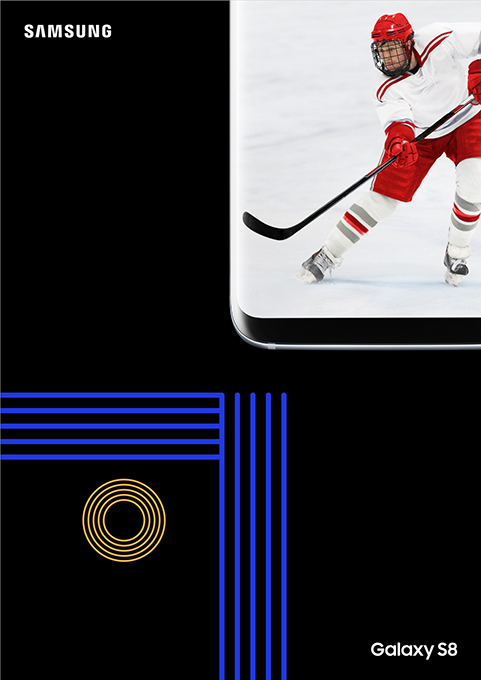 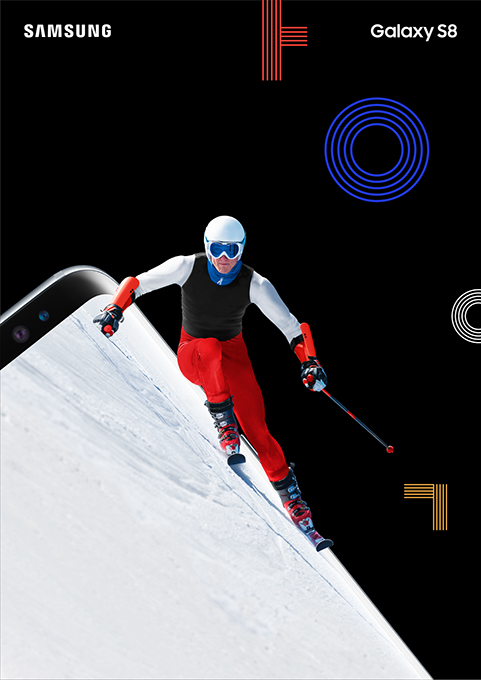 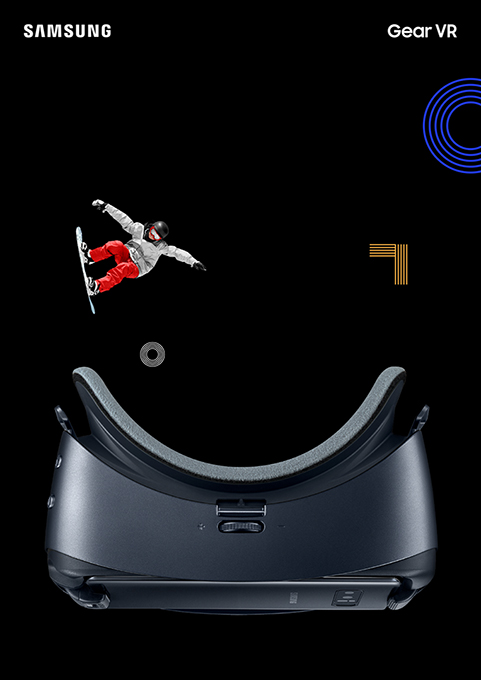 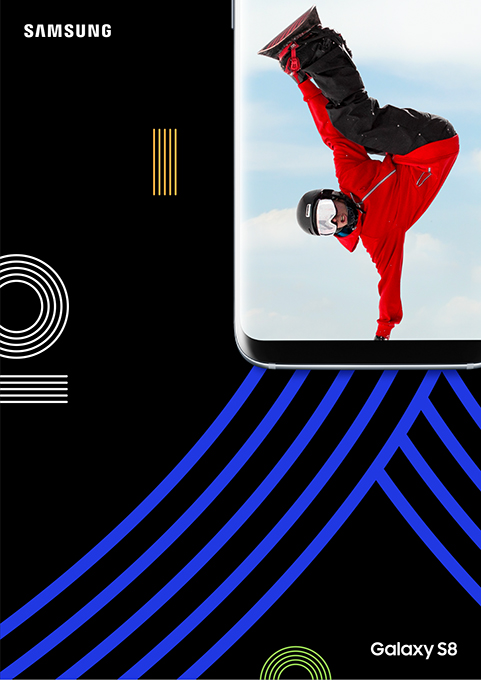 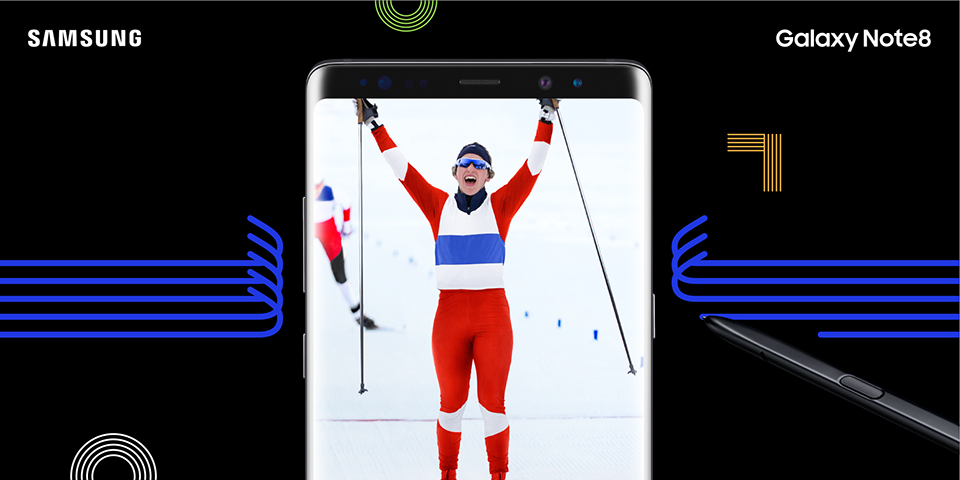 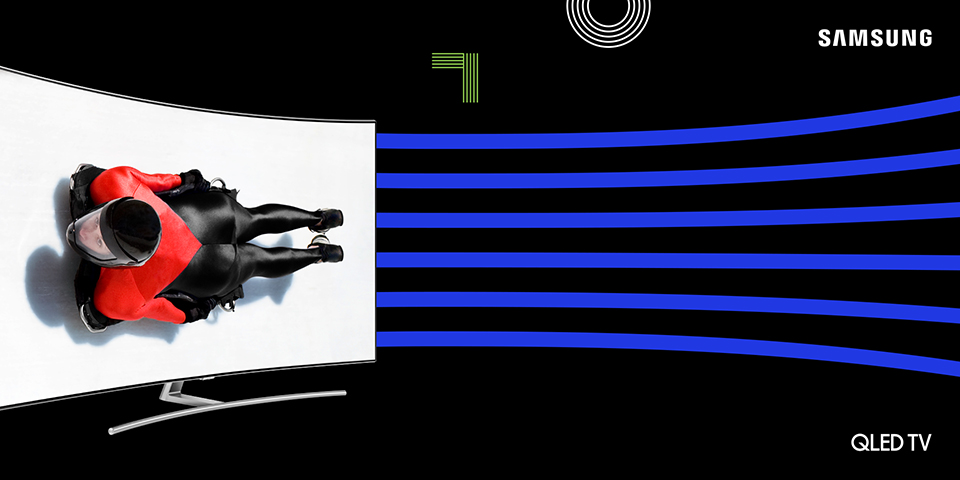 Samsung briefed the team to create a visual identity for the company’s sponsorship of the PyeongChang 2018 Olympic Winter Games. The designs needed to celebrate the Games in the company’s home country of South Korea, and also connect with Samsung’s spirit of defying barriers to achieve what previously could not be done.

The designs started by applying Samsung’s bold design principle and brand color palette of black, white and blue, which were also Olympic brand colors. The final Olympic Ring colors of red, green and yellow were added in the visual identity illustrations based on the Hangul characters of the Korean alphabet, which utilizes simple lines and shapes. The illustrations created the landscapes of Pyeongchang – trees, mountains and snowdrifts.

To bring in the Samsung products, the illustrations interacted with product imagery and photographs of athletes engaging in various Olympic winter sports. In some cases, the products formed the landscapes for the athletes’ movement – a VR headset became a halfpipe and the curved edge of the phone became a steep ski hill. The simple shapes of the Hangul-inspired illustrations accentuated the motion and speed of the athletes’ performances.

The designs appeared in out-of-home billboards, event signage, giveaways and the PyeongChang 2018 Olympic Games Limited Edition Galaxy Note8. The graphics were applied to the wallpaper of this mobile device which was distributed to athletes and their families at the Olympic Winter Games.

The visual identity was also customized for the Olympic Torch Relay and Paralympics, all in celebration of those who defied barriers at the PyeongChange 2018 Olympic Winter Games.