Screw the One Who Started It 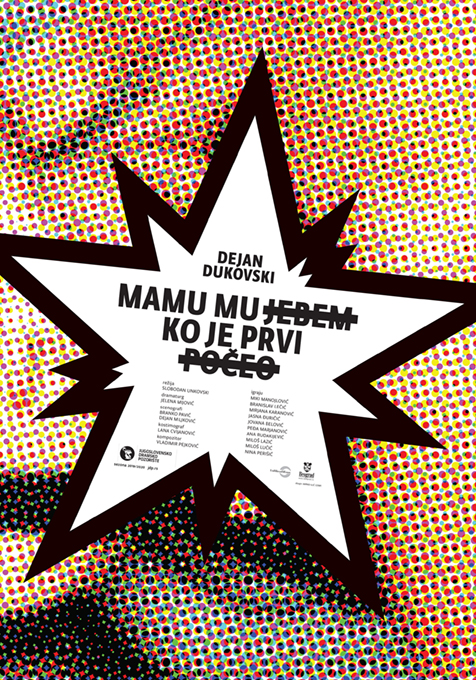 "I wrote the text in the early nineties in this region. In some ways, it was a reaction to the view of war from a close range. The outrage of this view is also felt in the text. Outraged views of fallen angels. I did not want to write about war or comment on politics and military strategies of the time, the text is an homage to mythical theatrical situations about love and war, sex and violence. All scenes are replicas of already existing scenes of world dramaturgy. I guessed some things ... Like, for example, the young character of Shakespeare's Hamlet could have met in the town Wittenberg, the old and knowledgeable but decadent Marlowe's Faust. Learned to doubt. As I learned in those years." – Dejan Dukovski