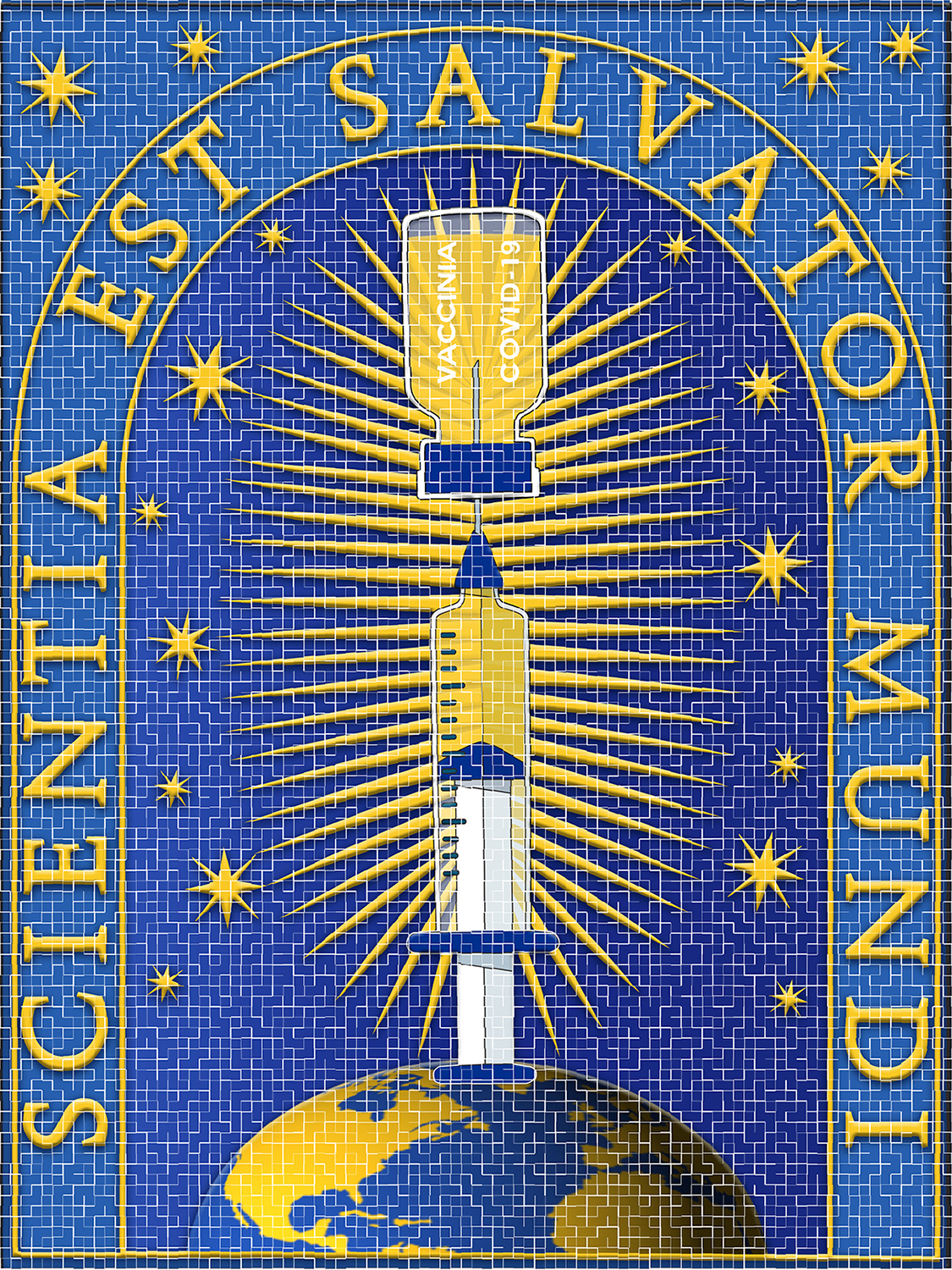 The text of the Ex Voto is in Latin, and the grid recalls the Byzantine mosaics of the first Ex Votos, dating from the time of the Roman Empire, where this tradition originated to thank the gods for a divine favor received.
With this contemporary Ex Voto I pay tribute to science, equating it to religious magical thinking and I represent it with this vaccine against covid 19, which shines on the planet under a starry cloak in the old-fashioned way of religious paintings, with this I interpret that science is it is positioning itself in its rightful place at the dawn of the 21st century.

Without science at the forefront of this emergency situation due to the covid 19 pandemic and the appearance in record time, not of one but of several vaccines to face a health and economic situation unprecedented in the history of humanity, and With this graphic and textual representation I make clear my gratitude to science for the vaccine that I have received this year and I am sure that millions of people are just as grateful as I am.

As I recall the Byzantine mosaics in this work, I cannot leave out the influence that the NYC subway station signs had on me. As well as his magnificent murals in this same mosaic technique that are in the city's subway.