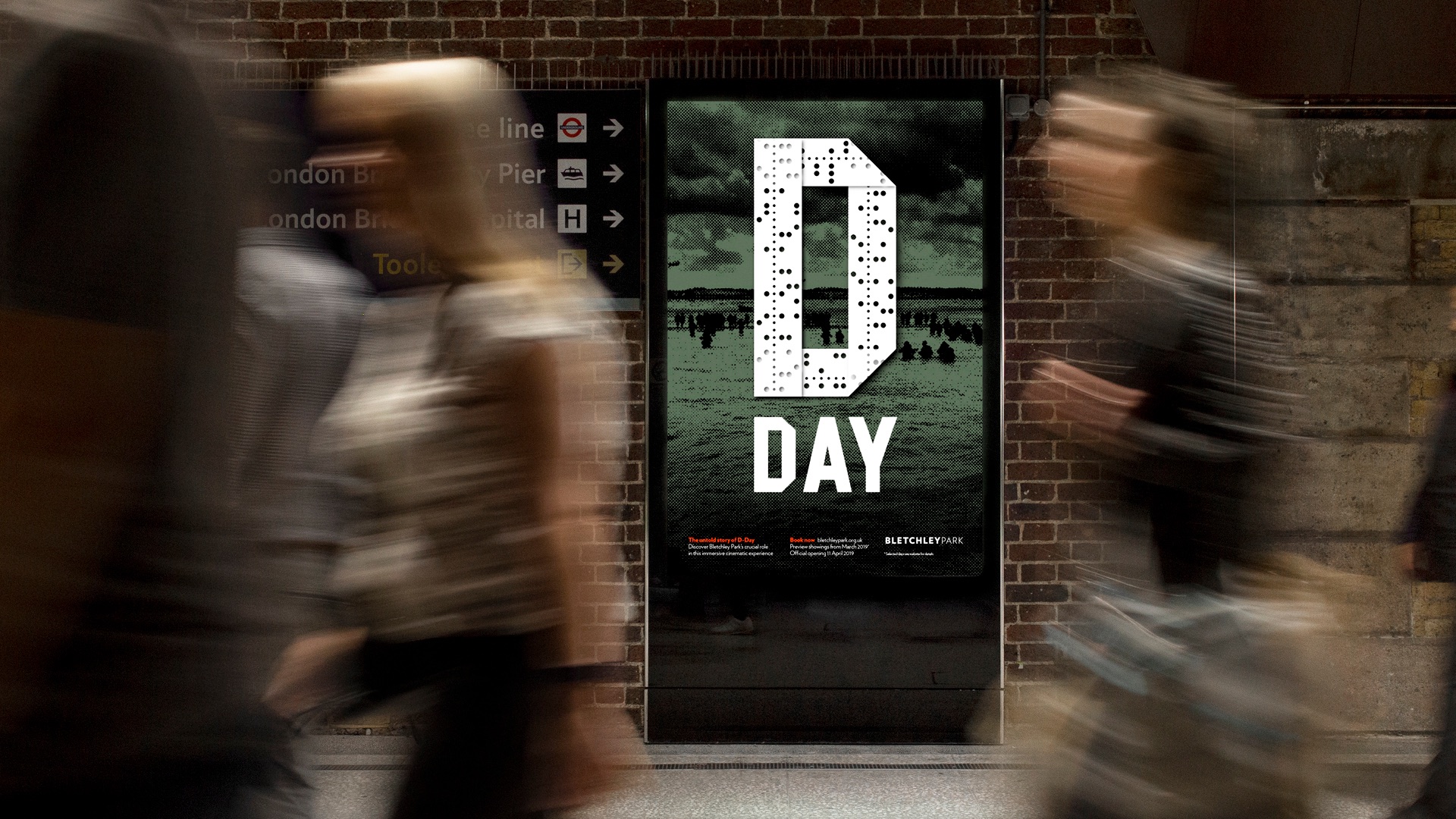 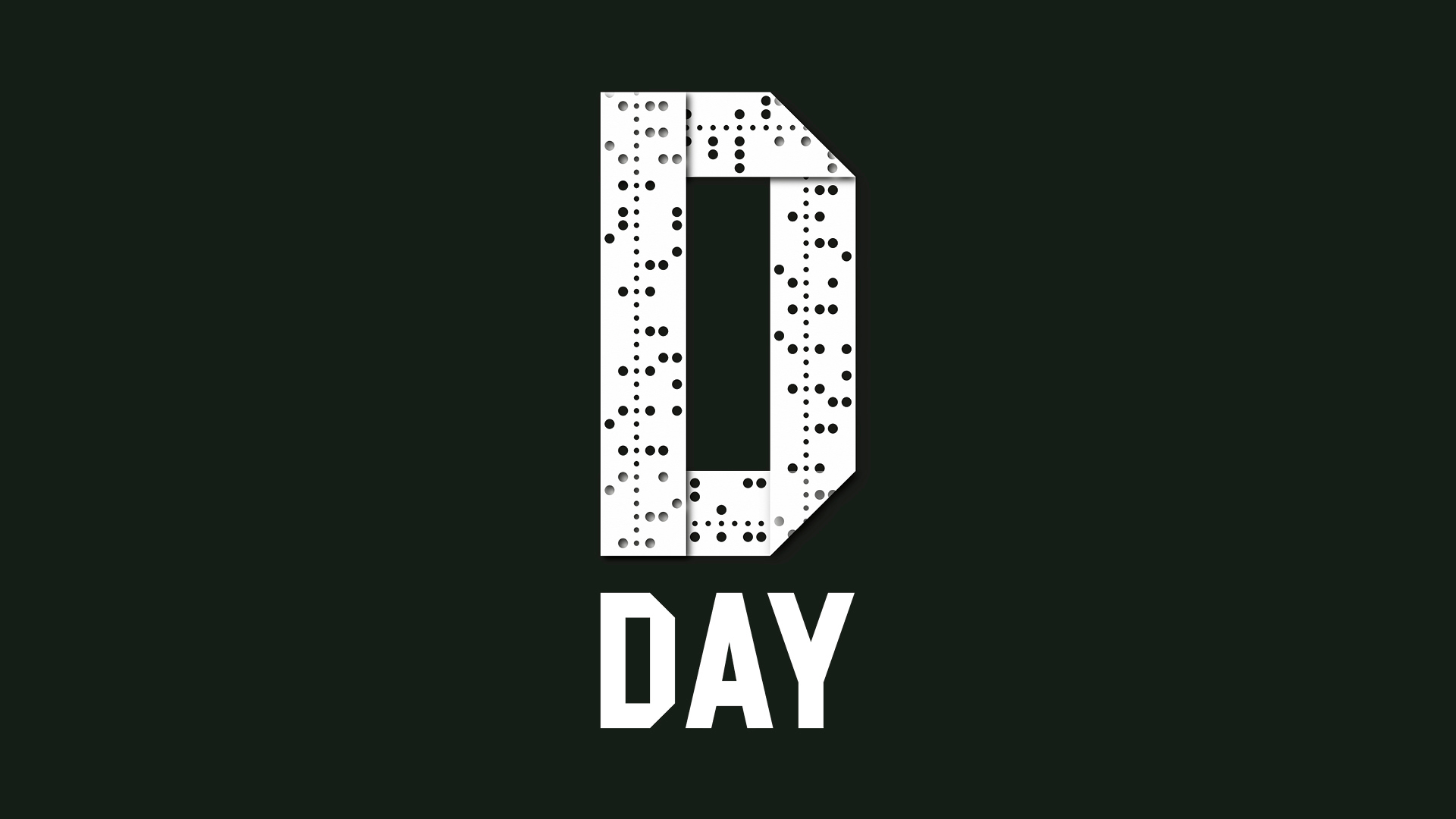 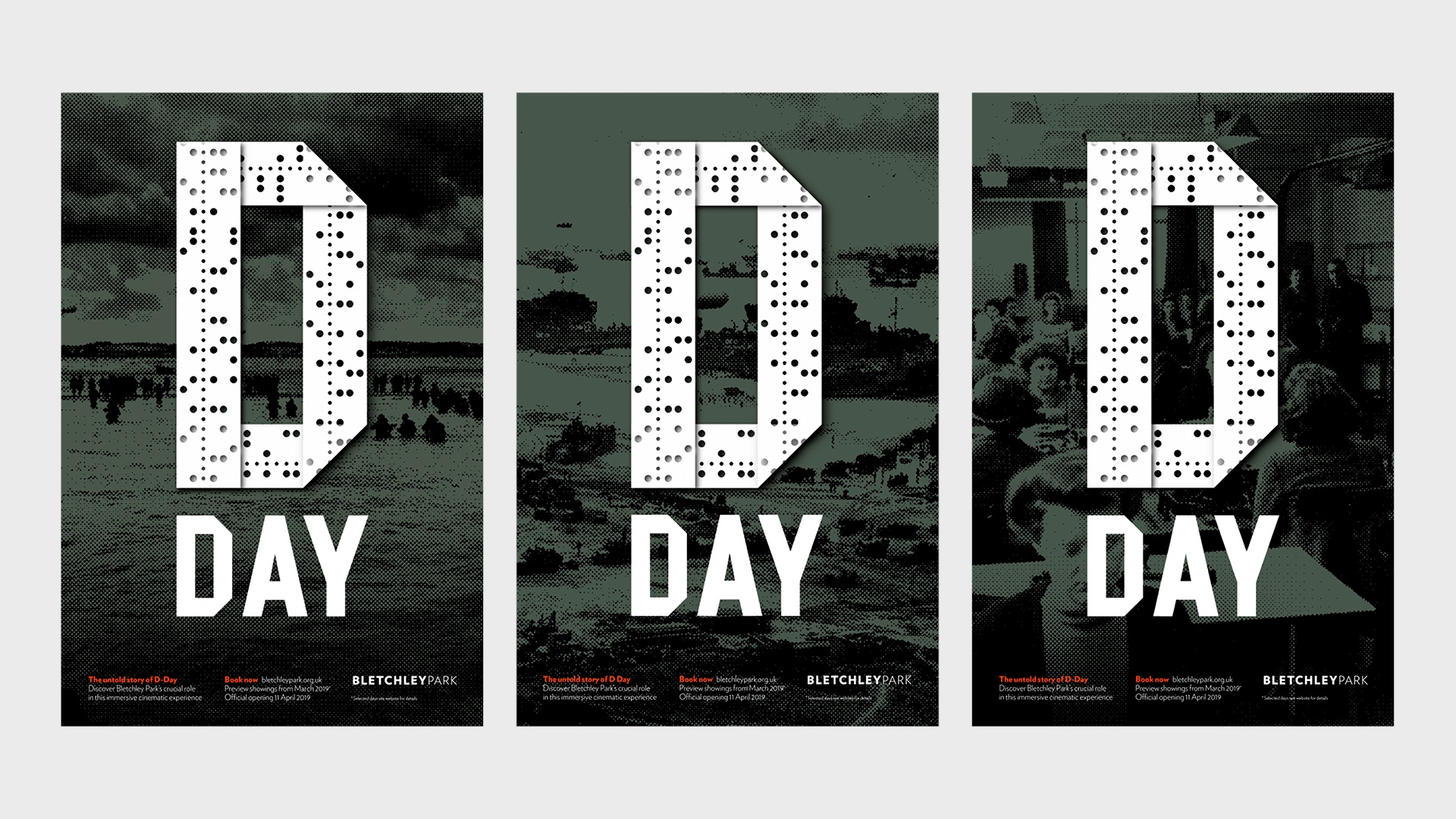 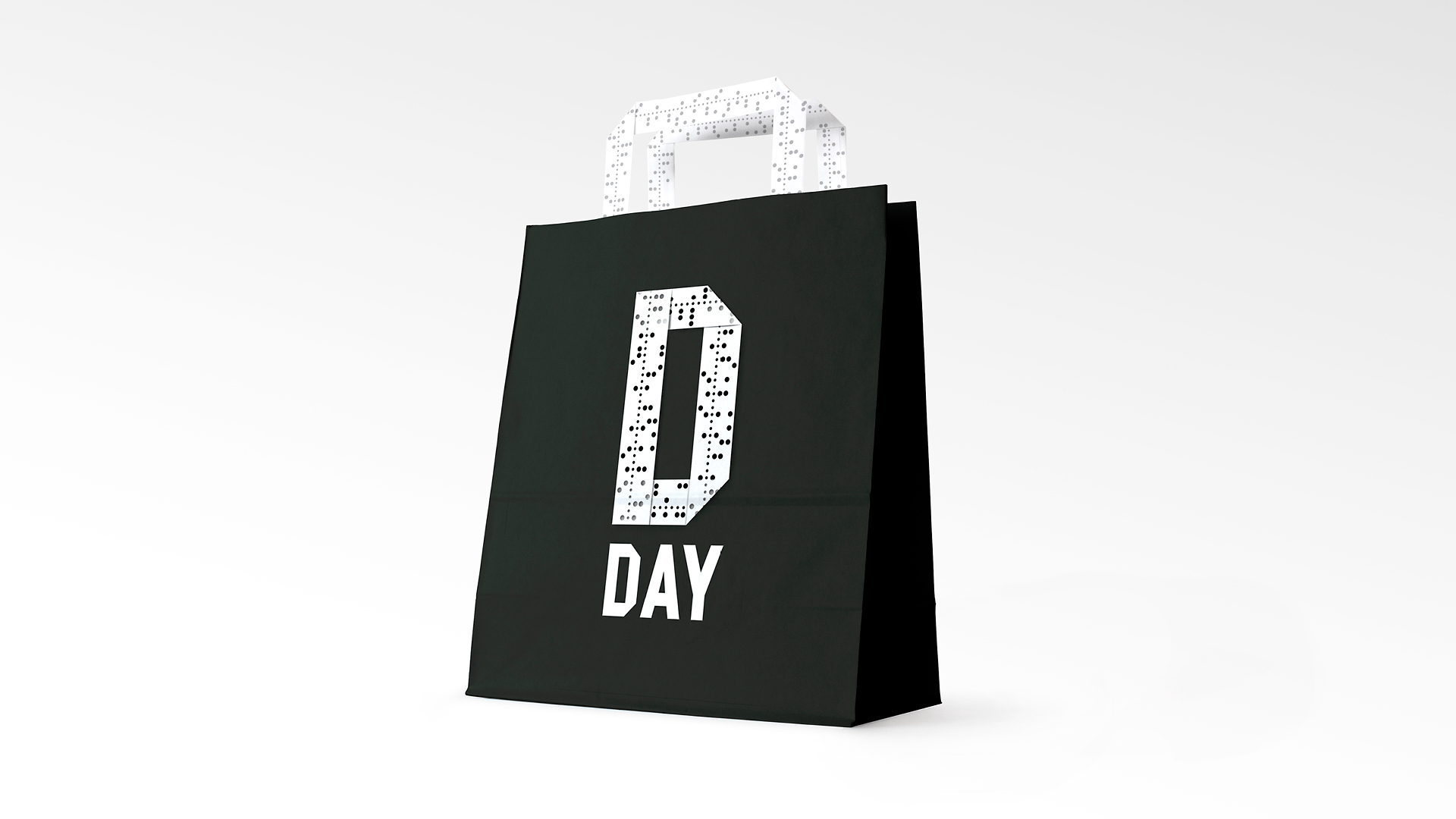 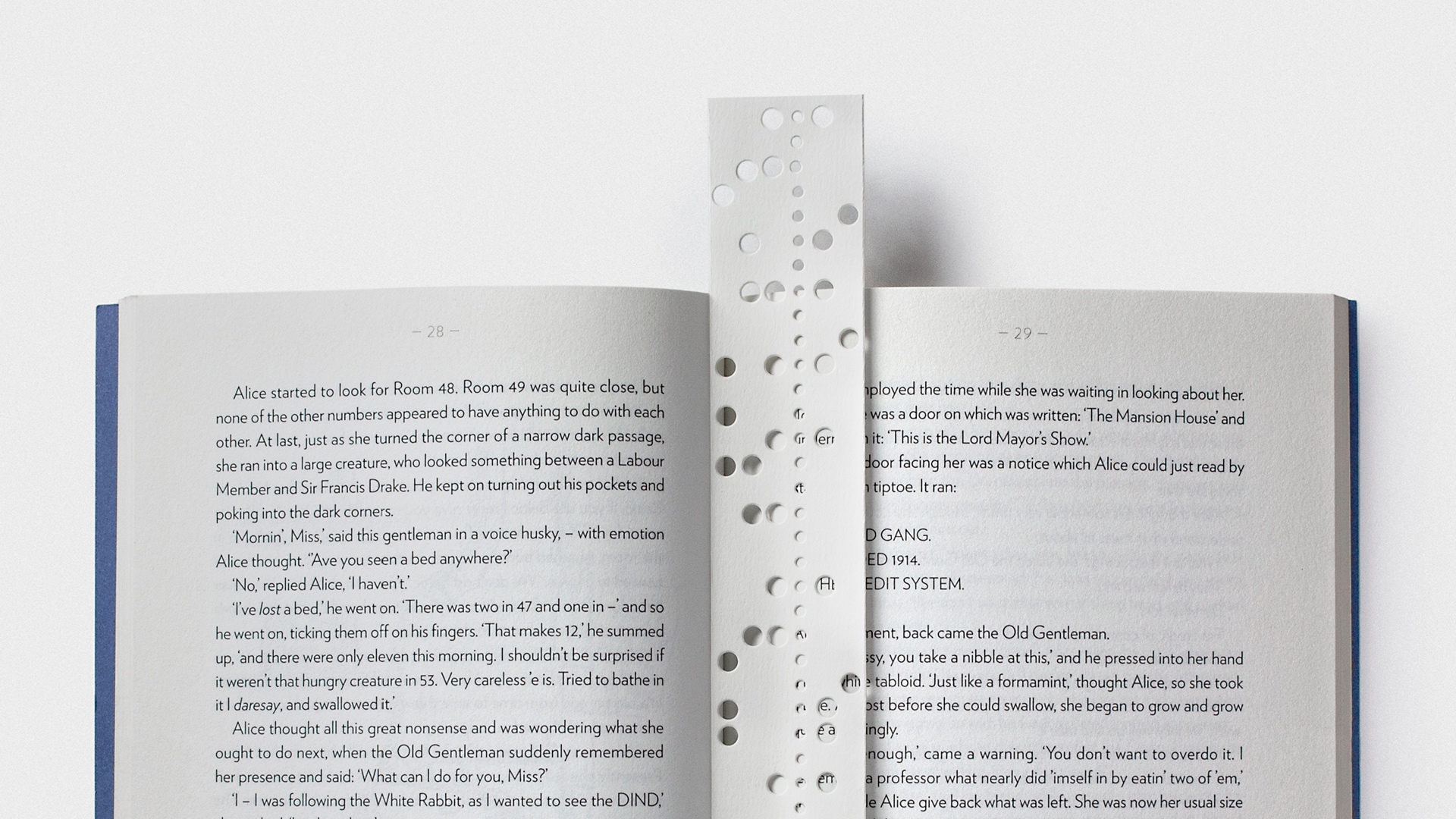 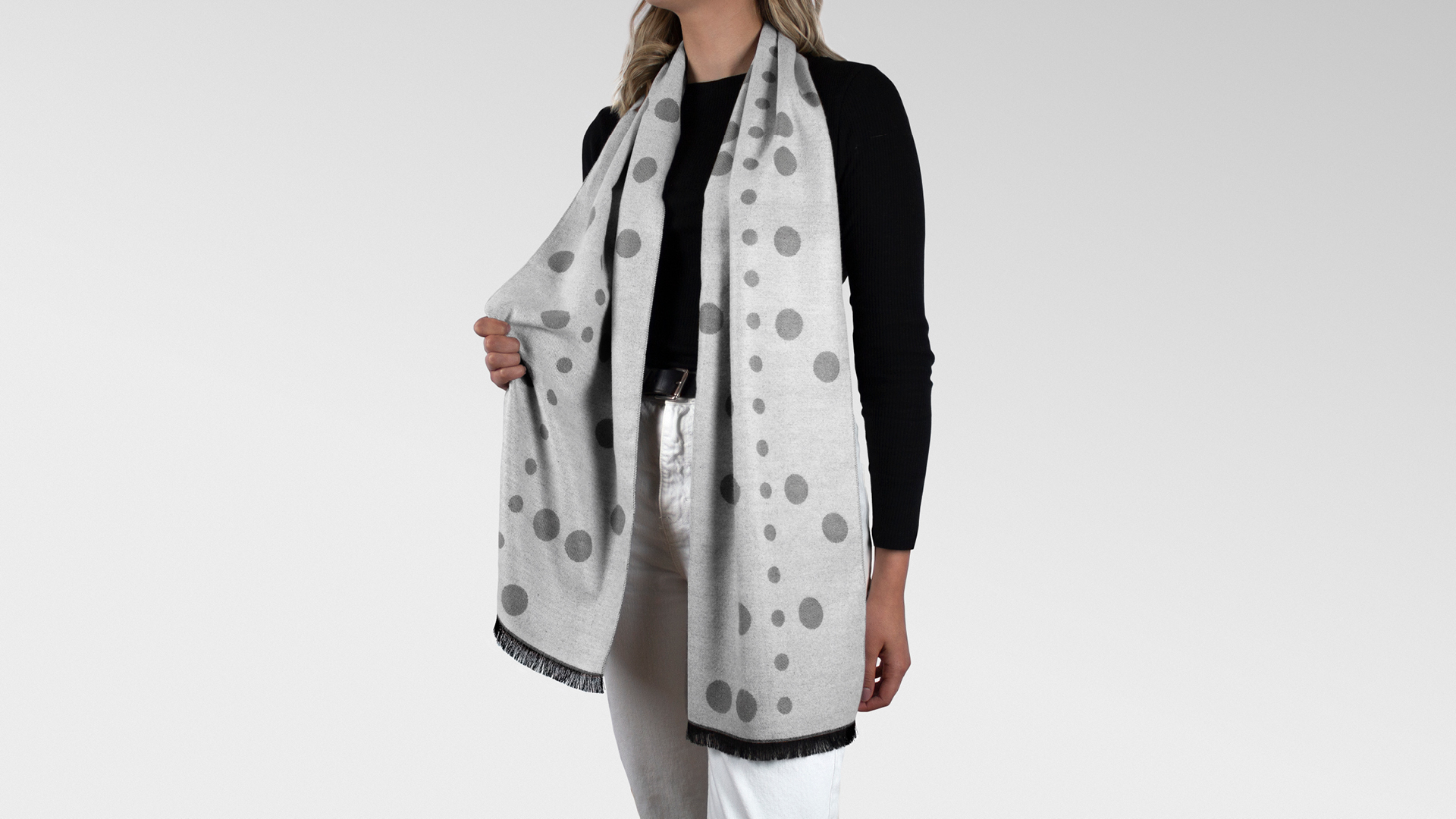 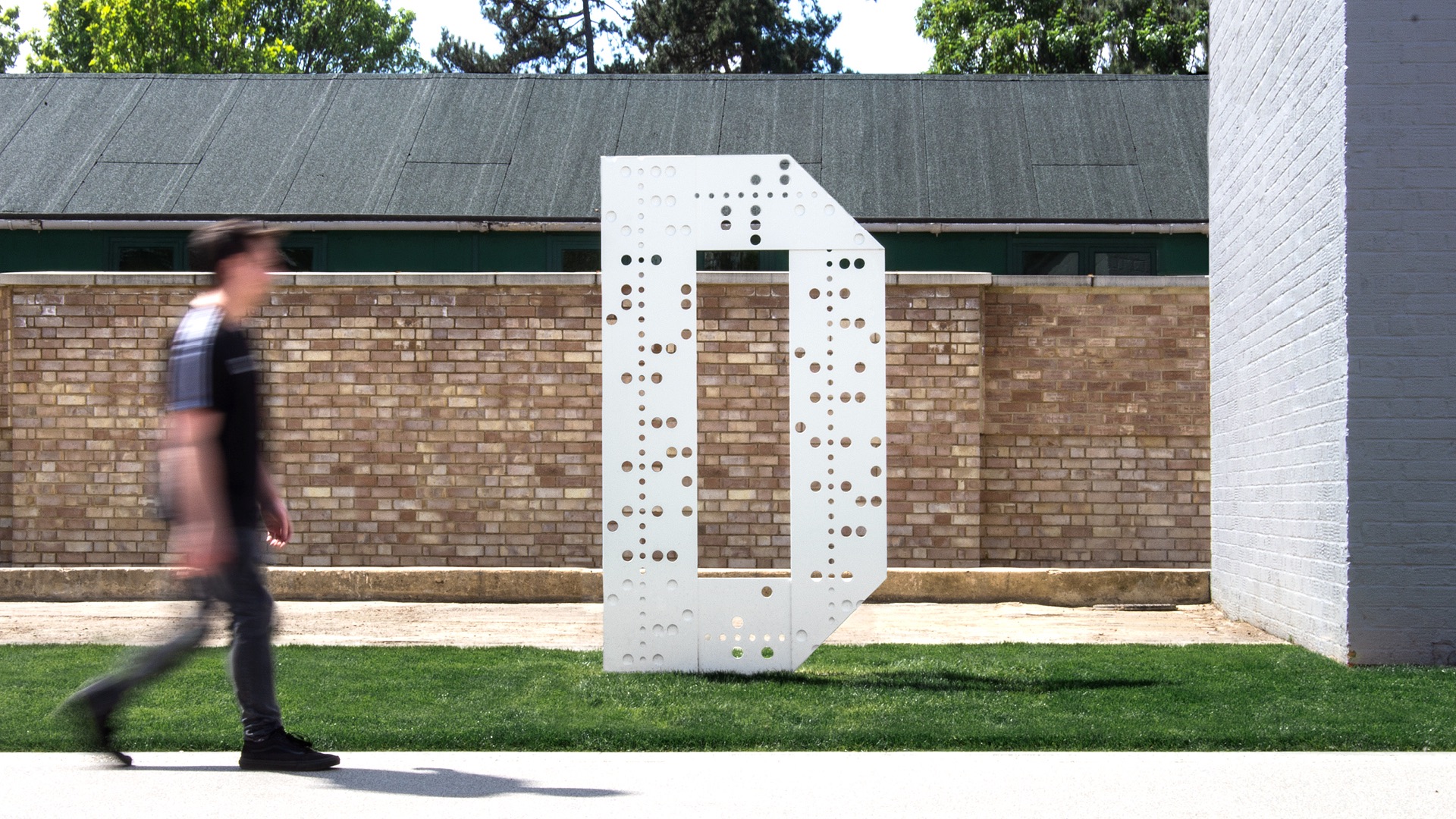 Bletchley Park was the top-secret home of the World War Two Codebreakers and the birthplace of modern information technology. Many people are aware of D-Day and the part it played in WWII but far fewer people are aware of the essential contribution made by the codebreakers. We were asked to create an identity for their new permanent D-Day exhibition, which commemorates the vital work the codebreakers did in expediting what was to become D-Day.

We researched the events leading up to D-Day and learned that by 1944, Germany had dominated Europe and were constantly sending coded messages to retain their stronghold. But the brilliant minds at Bletchley Park had created Colossus, a machine which could intercept and decode the messages. This provided the most valuable intelligence of the entire war and allowed the code-breakers to create fake messages, so convincing, the Germans moved troops away from Normandy to defend Calais and enabled the Allies to land on the beaches of Normandy on 6 June 1944.

With this in mind, our inspiration came from the coded messages themselves, which were printed on ticker tape and fed into Colossus for decryption. We took the 3 key stages featured in the exhibition – Interception, Intelligence, Invasion – and had each word printed out on the ticker tape. We then folded the tape to form the letter ‘D’ (inspired by the typography from the WWII landing craft), symbolising Bletchley Park’s role in D-Day.

Continuing the dots theme and to tie-in the identity with the exhibition, we also created halftone images of stills taken from D-Day footage and used these and the ticker tape motif across all marketing campaign materials and merchandise. We also created a permanent 2.5m memorial made from powder-coated steel, sited outside the newly restored Teleprinter Building (which houses the D-Day exhibition experience), to acknowledge the vital contribution to D-Day resulting from the brilliant work done at Bletchley Park.

The identity and exhibition was officially launched in May 2019 by HRH The Duchess of Cambridge, Kate Middleton. It has since proved a hugely successful attraction, welcoming over 1,000 visitors each day and playing a major role in revitalising Bletchley Park’s plans for future visitor growth.