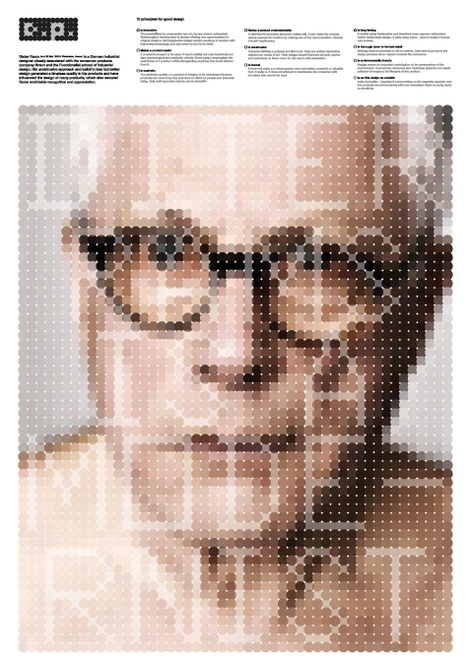 This experimental project is for the exploration of the relationship between image, figure, and typography.

The image is divided up into the number of circles '50 x 63 = 3150' at the same x, y coordinate. The dimension of circles is getting bigger at same positions of the coordinate. The shapes of the image generate diverse forms, and it also related to the distance between image and people who look at it. In addition, there were attempts to explore in terms of the possibility of typography utilised by circles on the image regarding how recognisable it is.

This poster has introduced several design magazines such as CA and DESIGN, has been displayed at TypeScape Exhibition in Samwon Paper Gallery from 18 February 2016 to 10 March 2016.