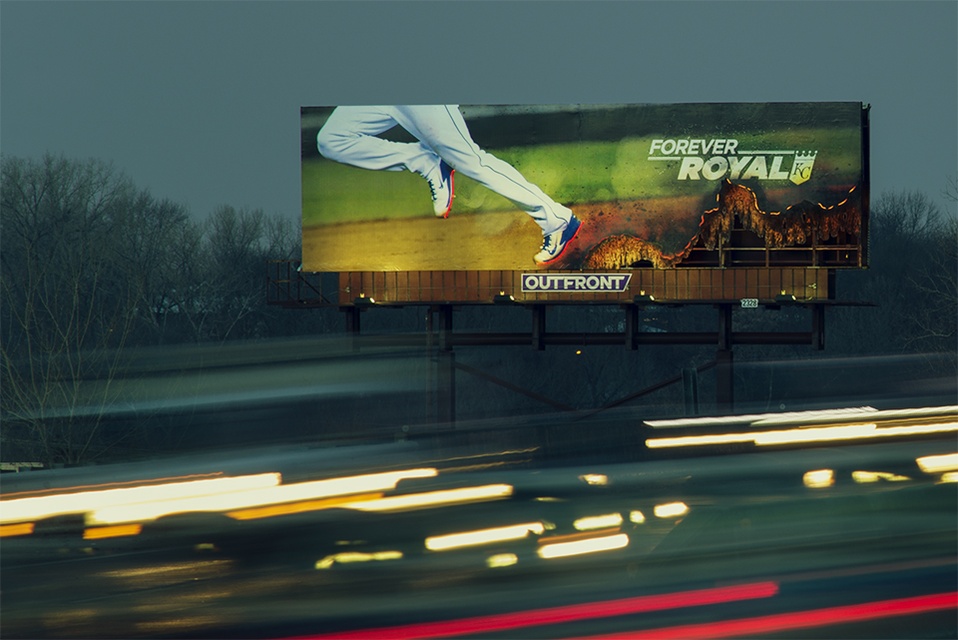 Launch the 2015 season with outdoor advertising that generates buzz around the new campaign theme, “Forever Royal.”

After shocking the baseball world by going all the way to the 2014 World Series, the Kansas City Royals had reason to be proud. Their improbable, record-breaking journey through the postseason electrified the fan base and created a new generation of loyal followers who had never seen this kind of success from the boys in blue. The billboard was designed to highlight one of the team’s greatest attributes: Speed on the base paths. On the board, we see the legs of Royals base stealer Jarrod Dyson as he dashes toward second base. The soles of his shoes are glowing with heat, and the billboard is left burning in his wake. To execute the design, the billboard structure and vinyl were actually burned, and then accentuated with rope lights to create the effect of burning embers.

Within hours of installation, the local fire department received reports that the new Royals billboard was burning. (We alerted the fire department ahead of time) News of the billboard spread across social media and sports-related websites. Most importantly, season ticket sales exceeded the team’s goals, and attendance at the annual preseason FanFest event broke team records.