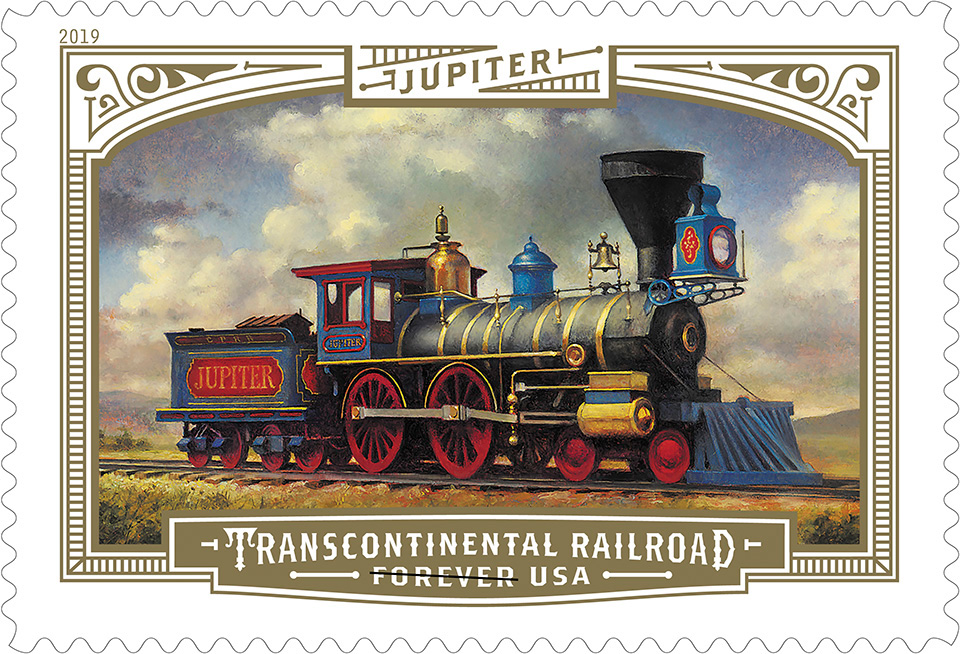 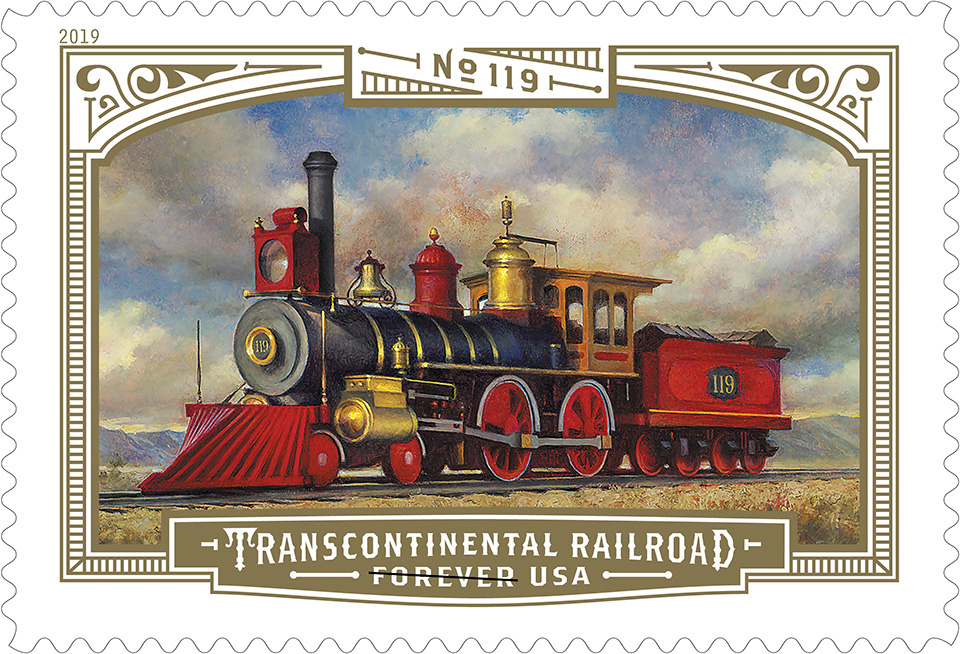 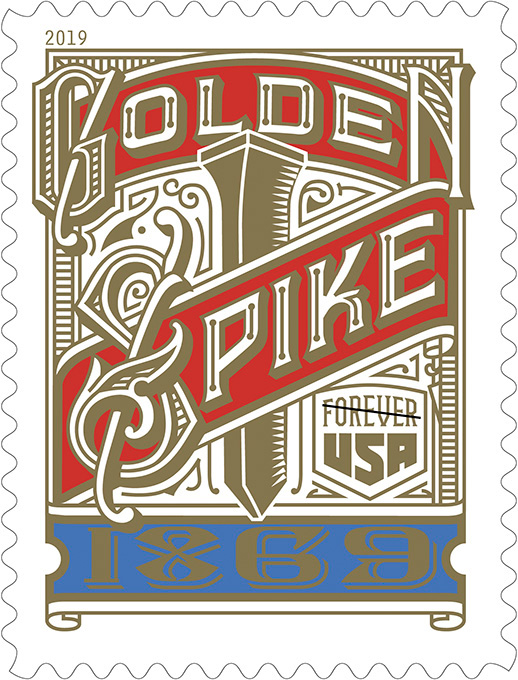 The task was to create a stamp issuance to mark the 150th anniversary of the completion of the transcontinental railroad, the massive engineering feat that reduced travel time across the country and made the American West an integral part of the nation.

The design team decided to create three stamps: Two stamp designs would replicate the images of the two locomotives that came from the East and West for the “Golden Spike Ceremony,” held when the eastern and western sections of the rail line were joined in 1869. The center stamp would feature the famous golden spike and the year the monumental achievement was completed. The locomotive stamps were illustrated using traditional, 19th-century oil painting techniques. The typographer built the art in the center stamp and most of the text for the pane from scratch, using century-old ephemera as art reference and his custom filigree. Gold-foiled highlights produce a glimmering effect.

The stamps were very well received; in a little over nine months nearly 90% of the stamps had been sold.