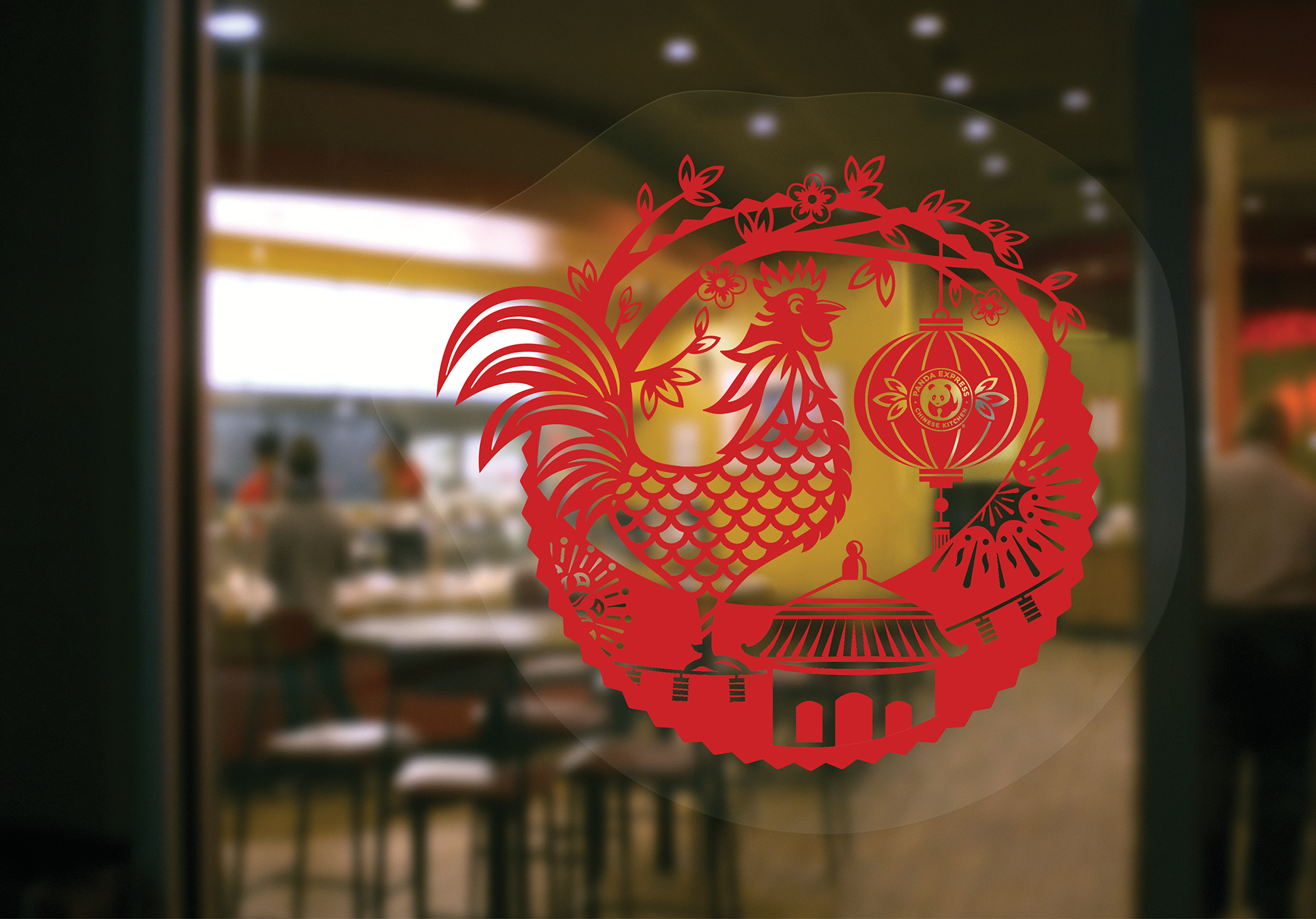 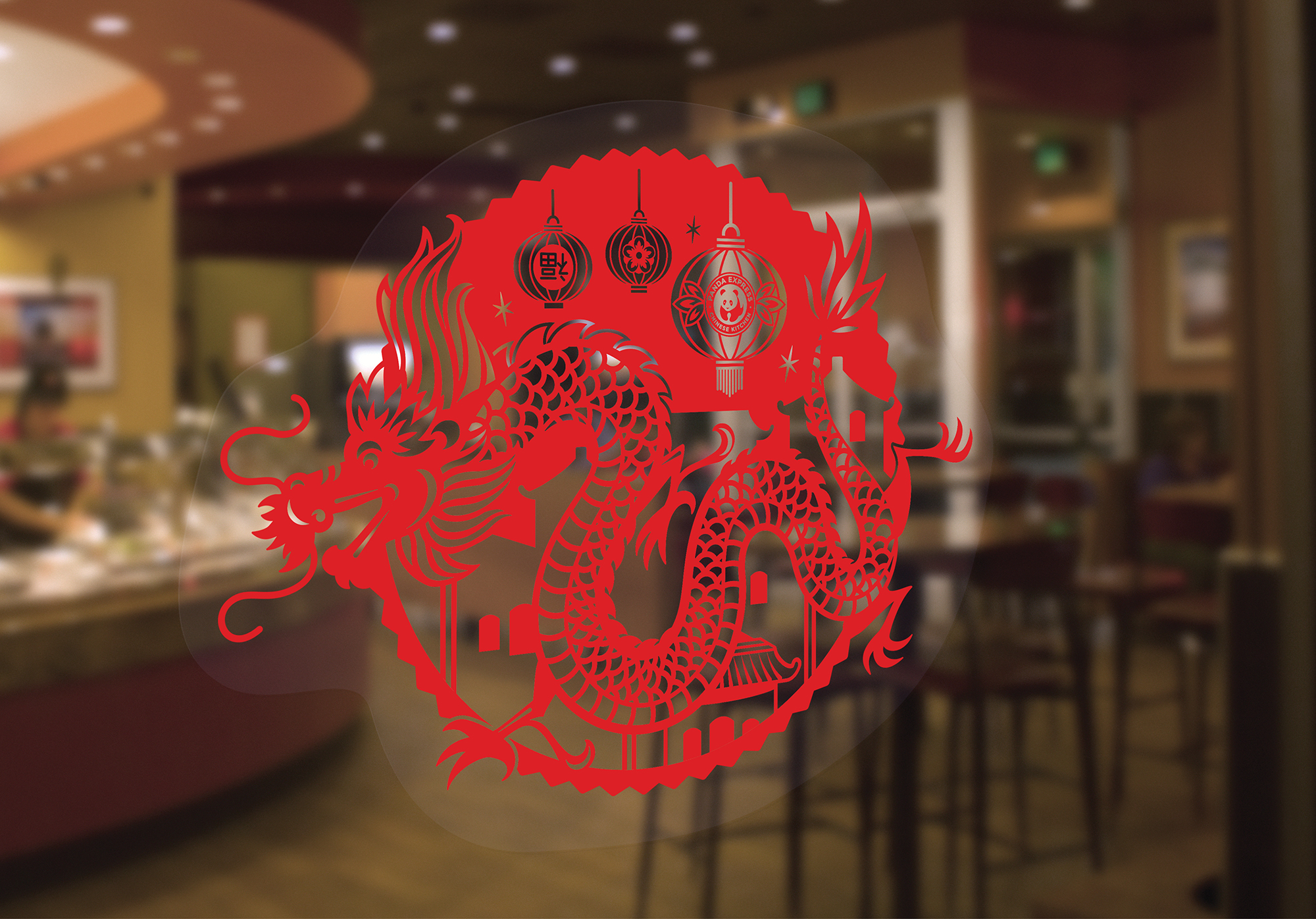 Panda Express aims to be an ambassador of Chinese culture to North America. They wanted to foster awareness for Chinese New Year by bringing the celebration to their stores nationwide by ramping up their in-store materials and POP.

Since 2017 is the Year of the Rooster, the rooster window cling was created as a way to add to the festivities and garner attention from those viewing outside of the store. The style is a modern take on red paper cutting, which is one of the oldest and most popular folk arts in China. This is in line with the updated, modern look that is favored in Panda’s new stores. Dragon iconography is heavily used during Chinese New Year, so the Rooster is accompanied by a Dragon. The 2017 campaign focuses on traditional ways to celebrate, so the background of the paper cut design features a traditional dragon dance.

The client has historically been so pleased with these paper cut designs, it is a standard feature of every Chinese New Year campaign. These are used in their 1,800+ stores and even resized for other applications like social posts, car clings and digital uses.